Very rare geographical card game. Each of the 86 main cards depicts a map of a French „departement“ with its principle towns and rivers marked, surrounded by decoratively displayed images of local produce, with an extensive description below. Where possible, a list of prominent individuals born there are listed (these include writers, kings, generals, &c). French „departements“ were created on January 4, 1790 to replace the country’s former provinces with a more rational structure. They were also designed to deliberately break up France’s historical regions in an attempt to erase cultural differences and build a more homogeneous nation. 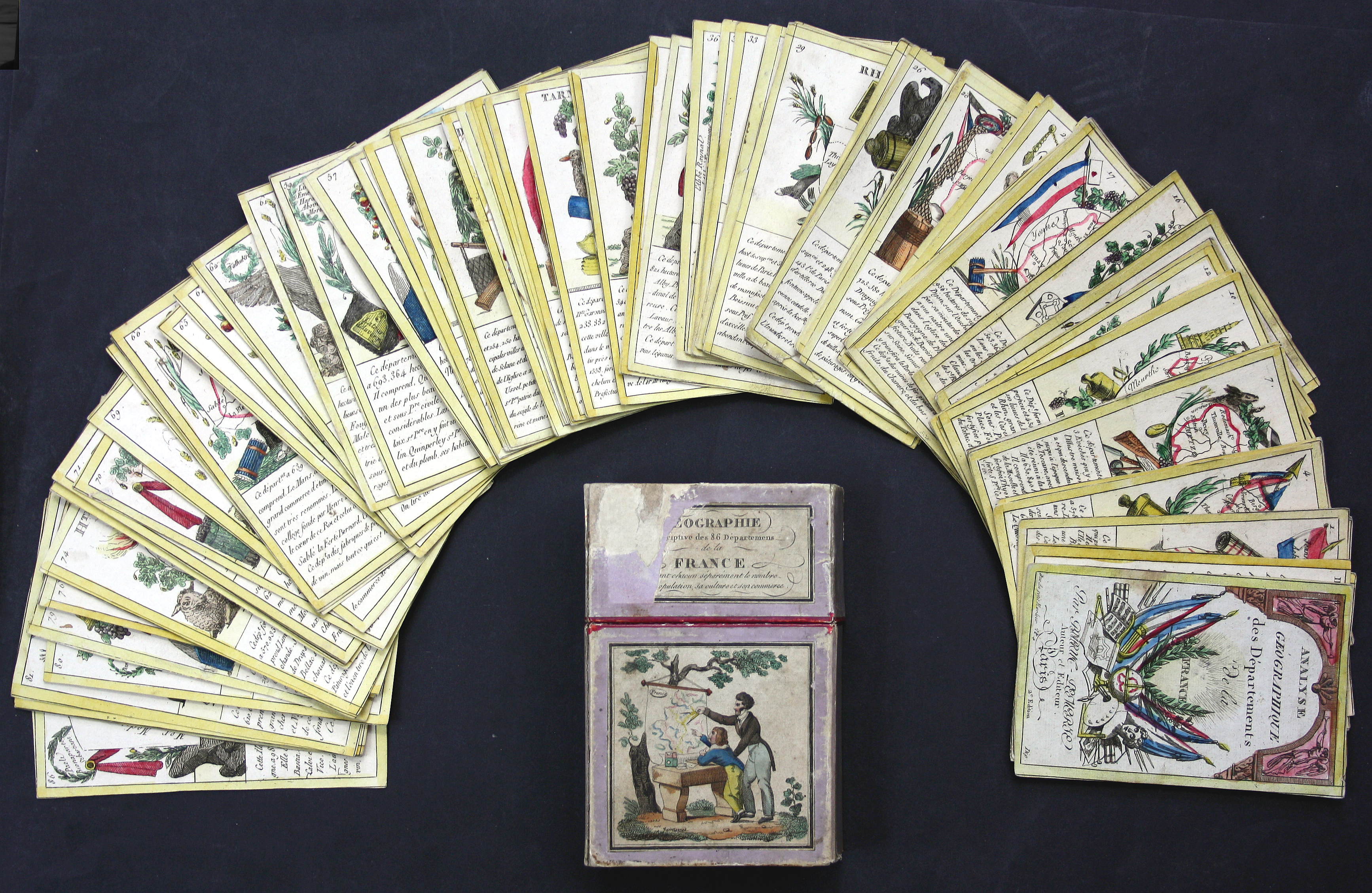 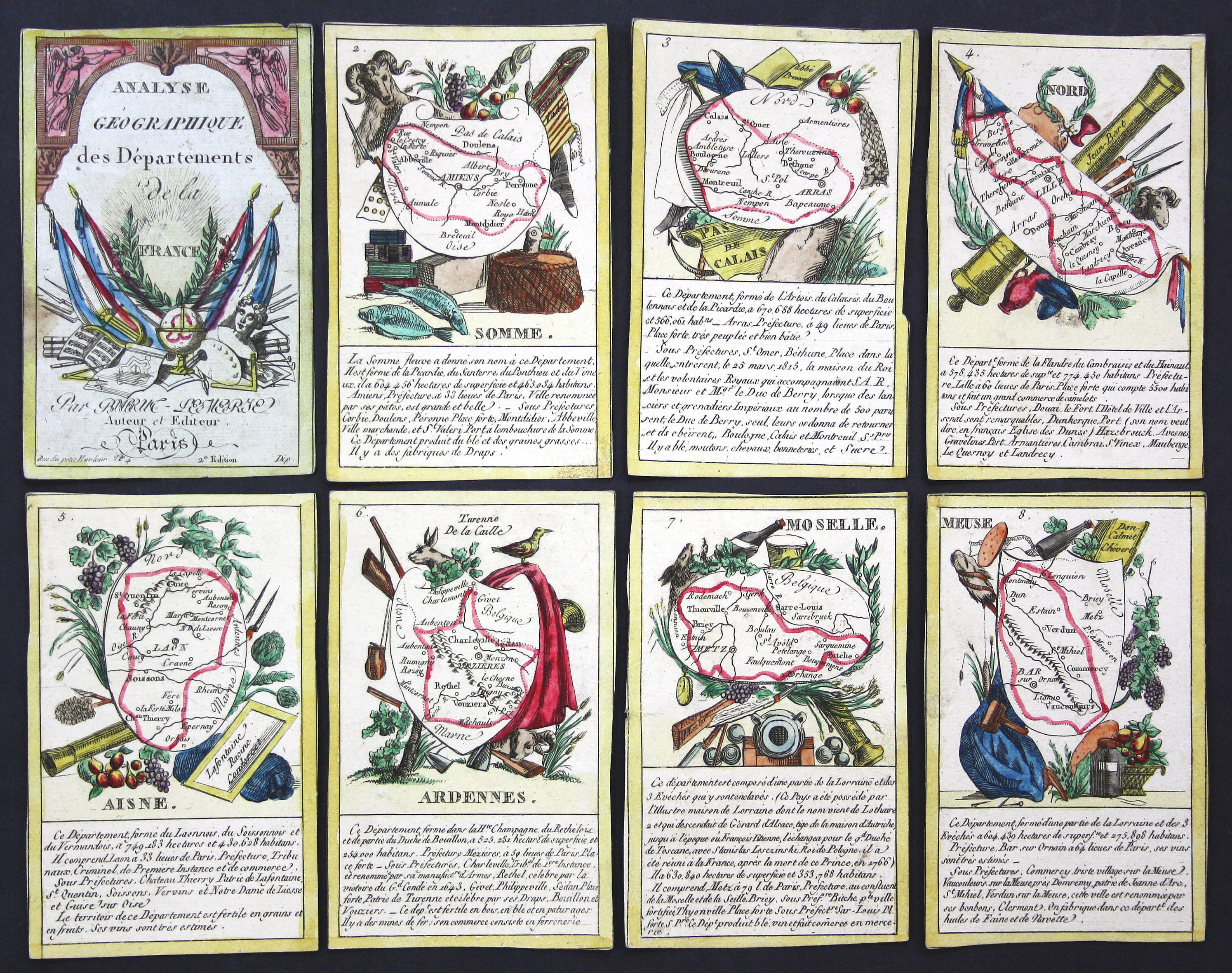