These lovely deluxe double-ended fantasy „Historical Costume“ playing cards are based on the popular theme of the Middle Ages. Daveluy published several editions, starting from around 1850. Later versions have corner pips on the Aces and the Kings have crowns on their suit signs. The designs suggesting a romantic preoccupation with the past. All cards have gilt borders. Daveluy founded his press in Bruges in 1835. Having been appointed Lithographer to the King, in 1847 he filed a patent for „a method of manufacturing playing cards in chromolithography“. Many of his fantasy playing card designs influenced other manufacturers who imitated his style. The slipcase lacks the upper strap. The cards are in very good condition. 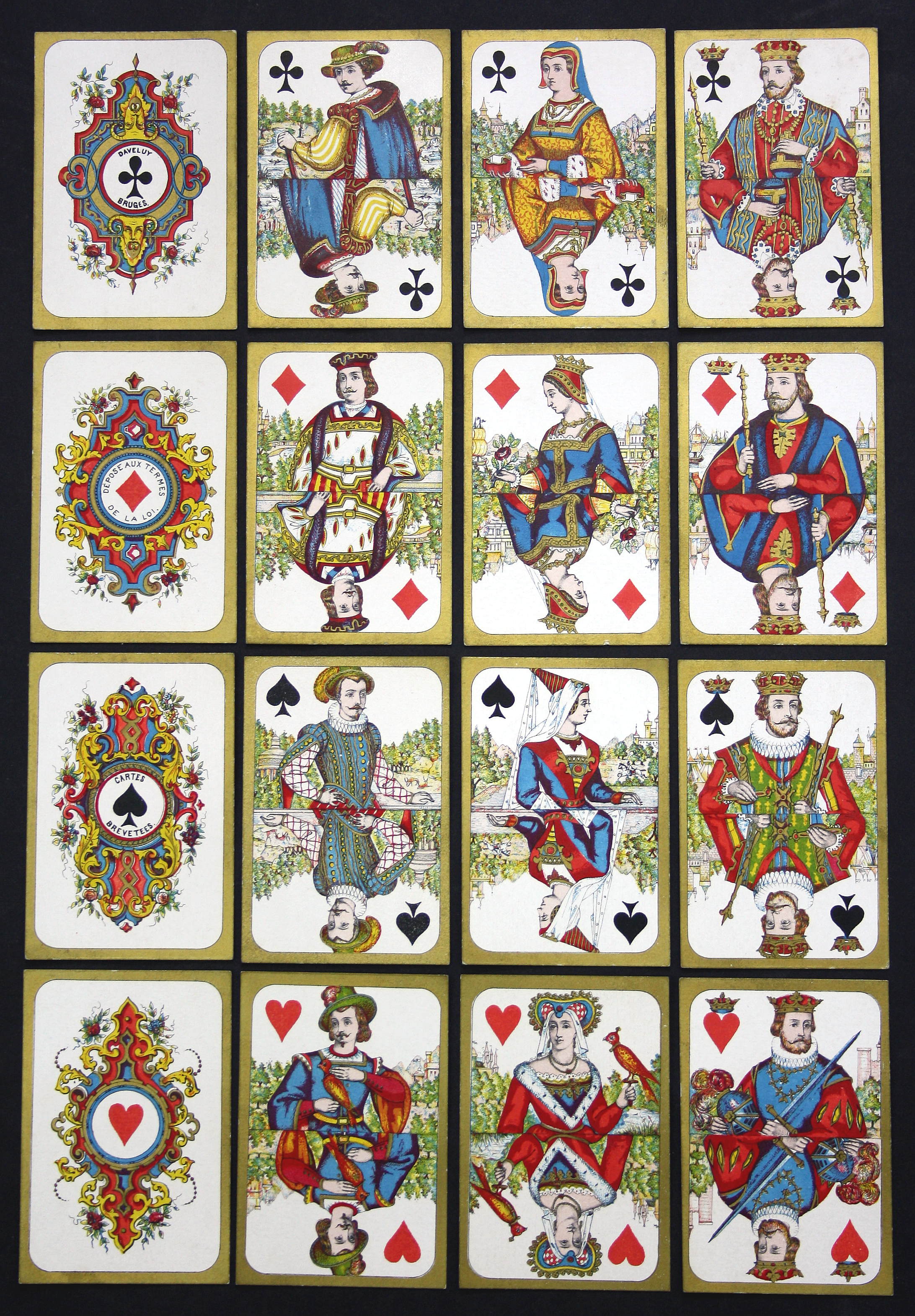