The present manuscript is dedicated exclusively to papal coat of arms. It is arranged chronologically, starting with Saint Peter, one of the Twelve Apostles, and ending with Benedict XV, who died in 1914. The coat of arms paintings refer to the popes since Celestin II († 1144). The full page watercolor depicts the coat of arms of Pius X (1835-1914).

Joseph-Emanuel van Driesten (Lille 1853 – 1923 Paris) was a French miniaturist and heraldic artist. He was the eldest of five children of Antoine-Guillaume Van Driesten and Josepha Verschaffelt. He entered the École des Beaux-Artes de Lille where he became a pupil under Alphonse Colas. In 1870, he began an apprenticeship to a carriage builder in Lille, where he decorated carriage doors. In 1877, he opened his own heraldic workshop in Lille. In 1878, he won a gold medal at the Paris Exhibition. In 1882, he won a gold medal from the Société des Sciences et des Arts de Lille and an award from the Société Héraldique et Généalogique de France. In 1886, he won a silver medal in Vienna for a series of paintings of thirty-two genealogical trees outlining the ancestry of Emperor Franz Joseph I of Austria. In 1886, Van Driesten relocated to Paris where he offered instructional courses for ladies in both illumination and miniature portraiture. He also published two monthly magazines of art instruction: L’Enlumineur (1889-1892), and Le Coloriste Enlumineur (1893-1898). He regularly participated at exhibitions of the Société Nationale des Beaux-Arts, where he exhibited both miniature portraits and heraldic works, and received a total of 18 gold and silver medals. He published several heraldic works including La marche de Lille (1884), Armorial Belge (1887) and Armorial national des villes de France (1889). His main work is the miniature manuscript Histoire de l’Ordre de la Toison d’Or, which he completed in 1898. He is the founder of the Societé des Miniaturistes et Enlumineurs de France. – Binding slightly soiled and stained.

The manuscript stayed unpublished to this day. 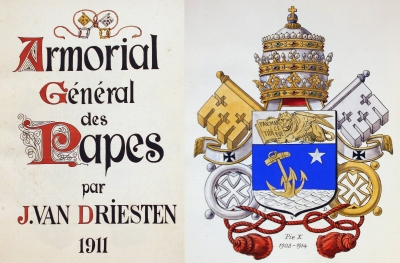 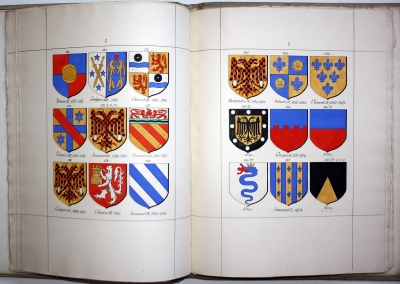 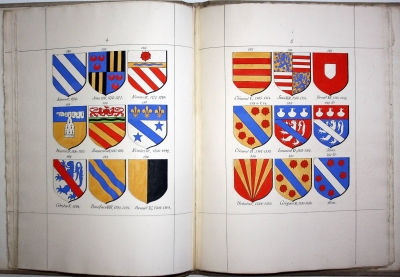 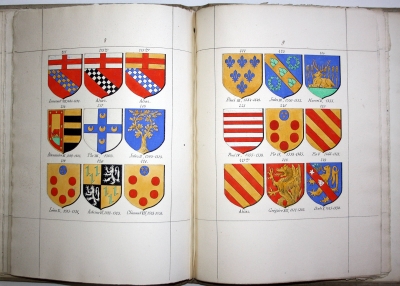 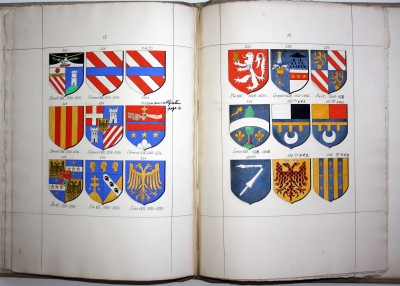