FIRST EDITION of the first volume of the greatest and most famous chronicle of French and English medieval history. Jean Froissart (1338-C.1410) is the supreme annalist of medieval chivalry, historian, poet, traveller, friend of Chaucer, and by far the most entertaining source for our knowledge of the Hundred Years’ War. It is as much a profane romance as a history book. It is filled with delightful stories and adventures reported first-hand.
Froissart was born in Valenciennes. At the age of 18 he came to England where he entered the service of Queen Philippa of Hainaut, acting as her secretary and private diplomat. In 1366 he set off again on his long travels, settling for a time in the Duchy of Brabant. Much of his great chronicle was probably written in his home town of Valenciennes, and he continued it over his life to the events after the murder of Richard II in 1399.
Froissart began writing Book I sometime after 1370, possibly at the request of Robert de Namur, to whom the earliest version was dedicated. It covers the period from 1322 to 1377, including the accession of Edward III, his campaign in Scotland and his marriage to Philippa of Hainault, the battle of Sluys, the Siege of Tournai, the Breton war of succession, the Battle of Crécy, the Siege of Calais, the battle of Neville’s Cross, the battle of Winchelsea, the battle of Poitiers, Etienne Marcel’s merchant revolt in Paris, the Black Prince’s campaigns in the south of France, the peace of Brétigny, the death of king John II of France, the battle of Cocherel, the battle of Auray, the Castilian Civil War, the battle of Chizé, the deaths of the Black Prince and Edward III and the accession of Richard III.
Froissart used different sources for his chronicle, e.g. Jean le Bel’s Vrayes Chroniques and Chandos Herald’s The life of the Black Prince, and sometimes directly copied and developed large parts of Le Bel’s text. His chronicle met with great success when it was first printed in 1495 and all early editions are very rare. The present editio princeps of Book 1 is a great rarity. No copy appeared at auction in the last several decades. – With a few contemporary annotations and underlinings, some waterstaining, first leave remargined (without loss of text), last leave remargined at lower edge (without loss of text) 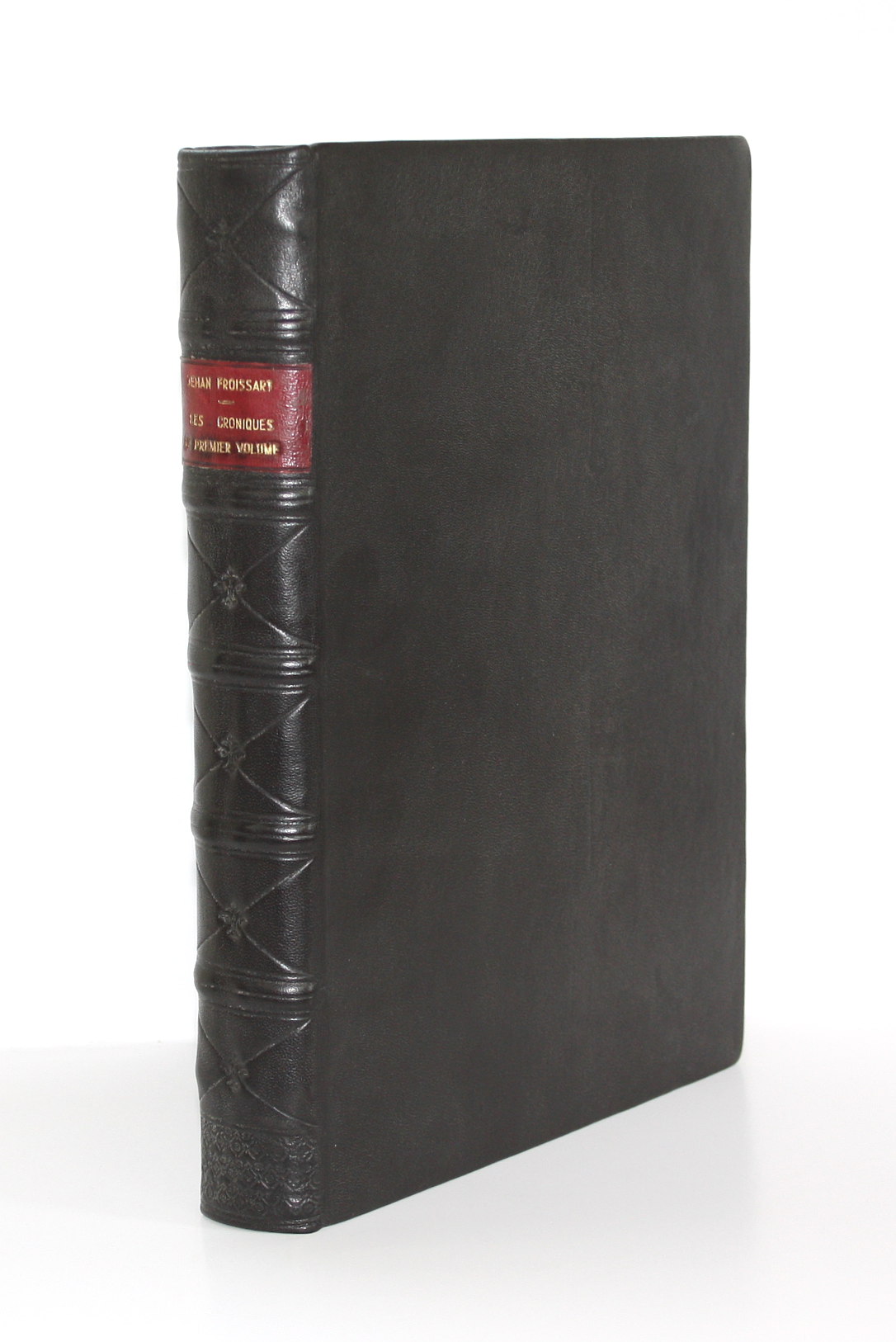 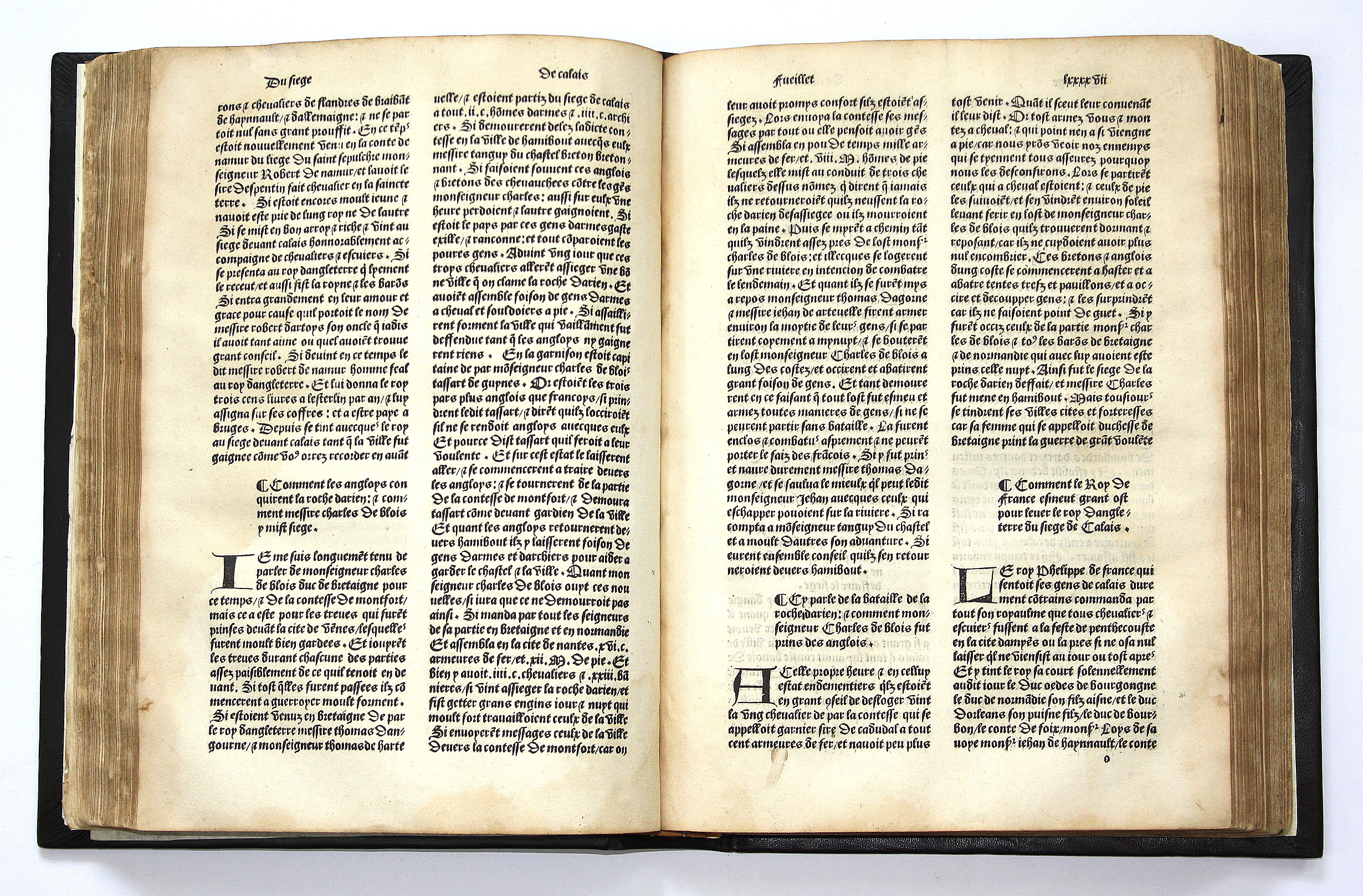 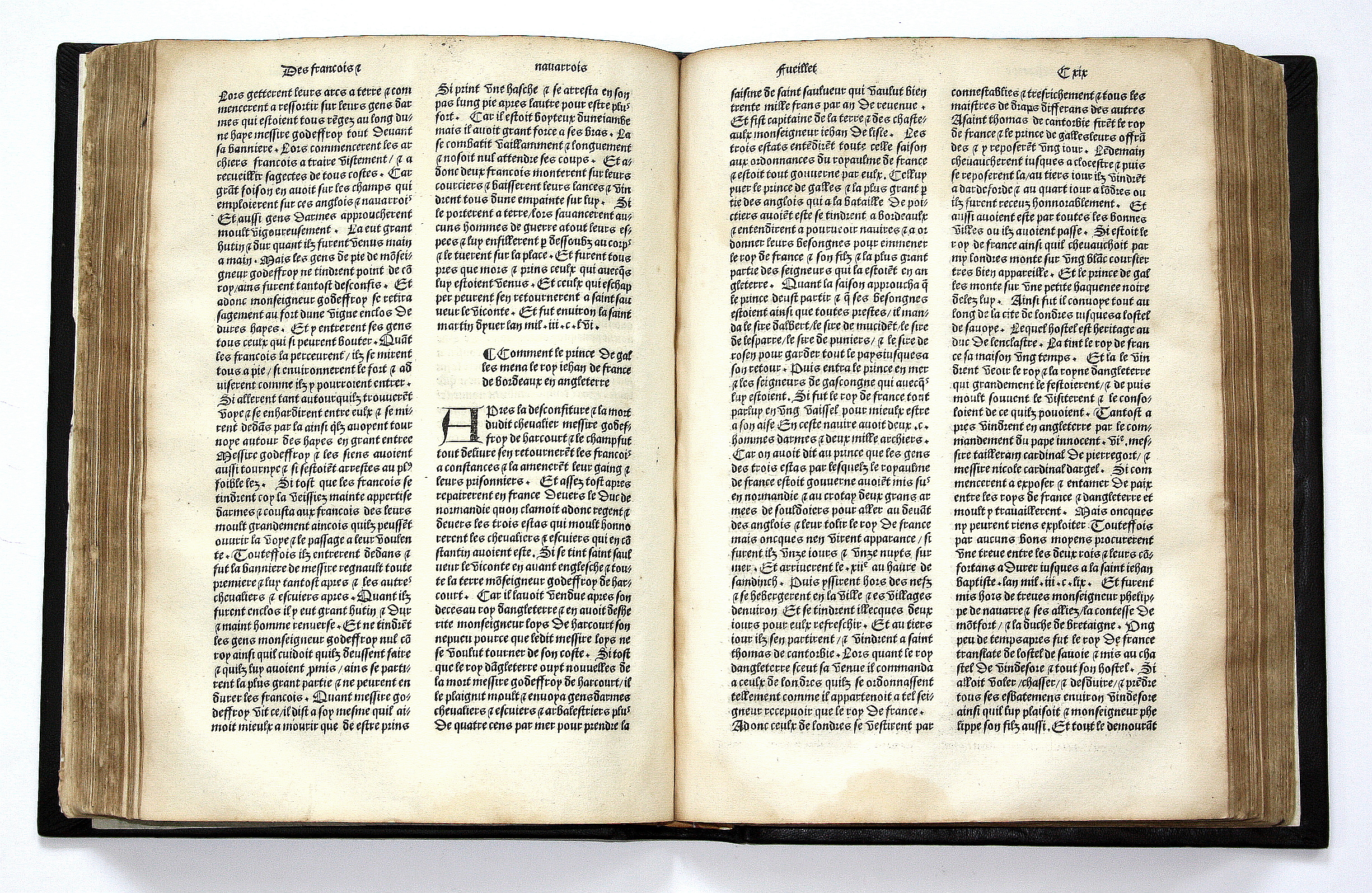 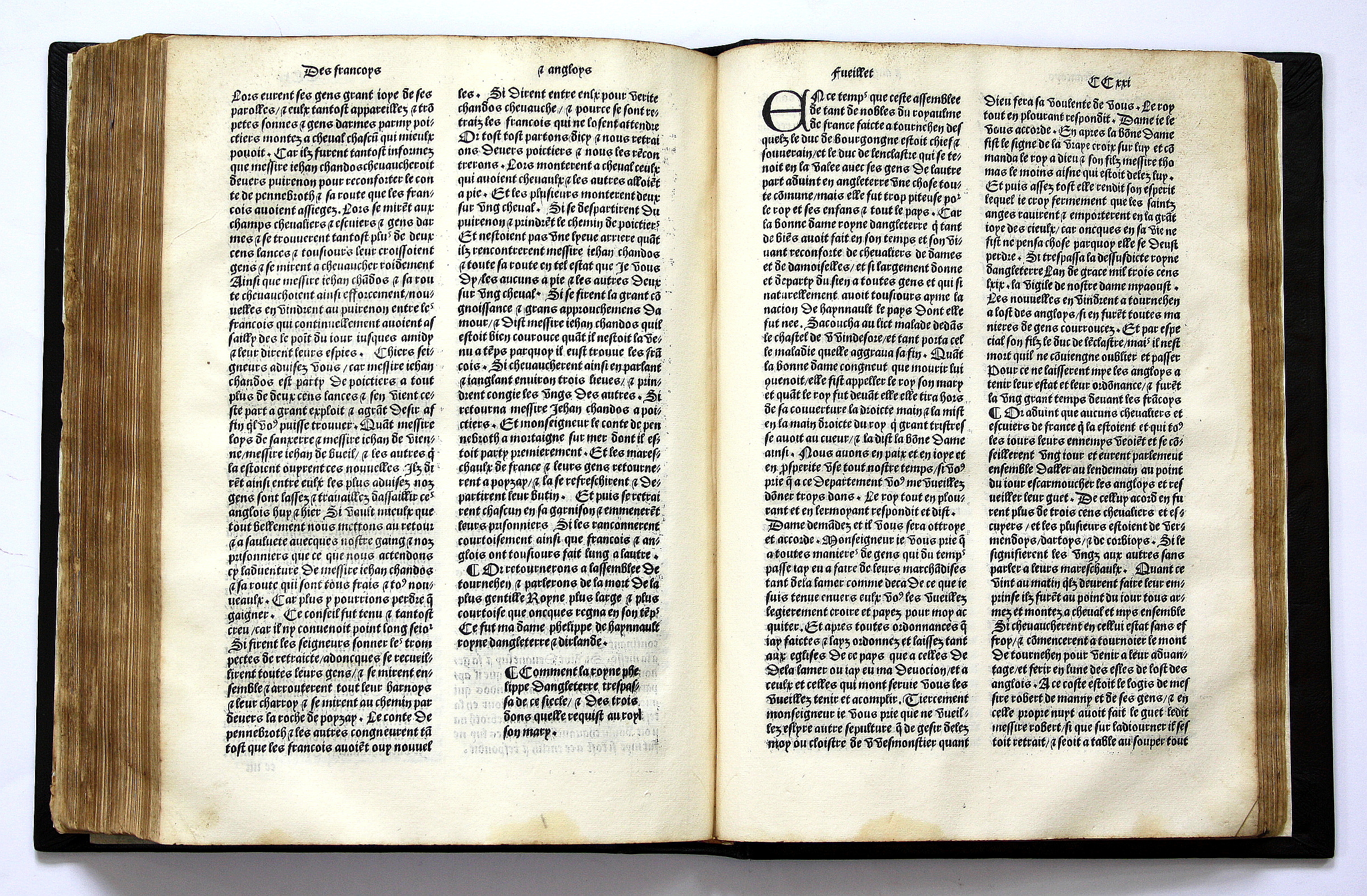 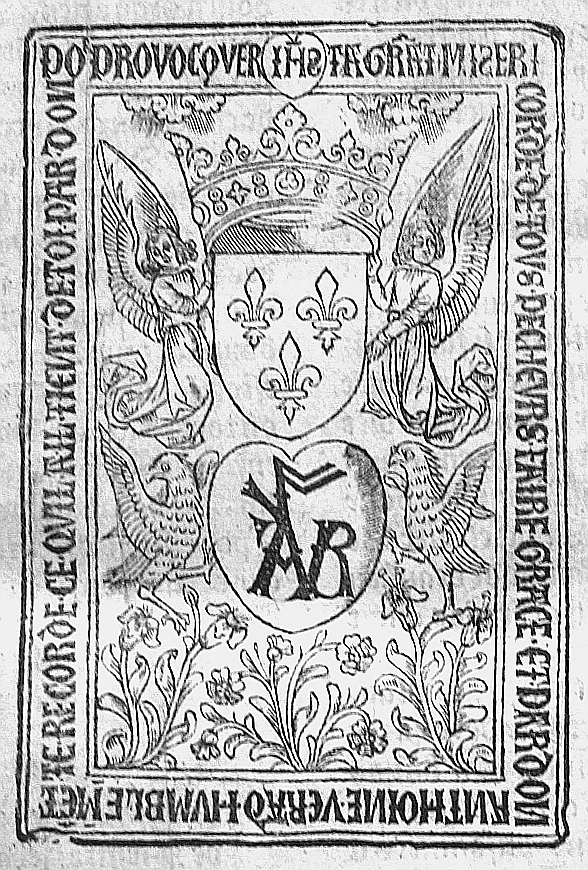 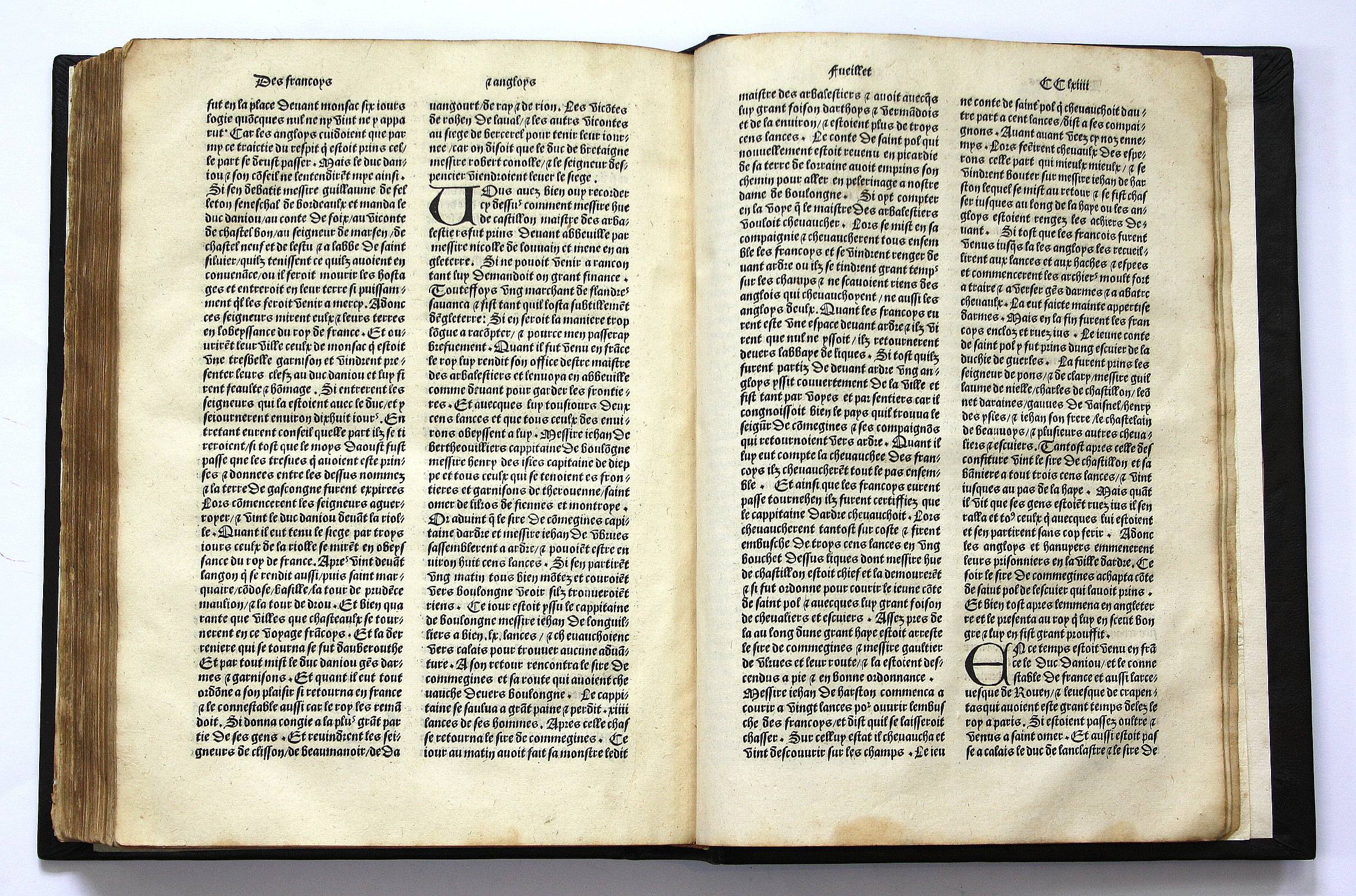