Startseite/Galerie, Gallery/Early watercolor drawings by a British colonist in Pakistan

Early watercolor drawings by a British colonist in Pakistan

The present album was accomplished by a member of the British Army in Pakistan, shortly after the Battle of Hyderabad in March 1843. Most drawings have the place names written in pencil by the artist but a few are untitled. Some are dated 1844. There are a few blank leaves. It begins with a watercolour of a tomb for a British Lieutenant (?) Bowen (?), who was drowned in an attempt to bring his horse across the Indus river, followed by a watercolour of the spot, where the accident occured. Furthermore the album contains views of Karachi (3), Hyderabad (4), Jerruk (Jhirk) (1), Bhaker Fort (3), Sukkur (1), Soonda (1) (between Makli and Jerruck) and 8 unidentified cities and landscapes. The unknown artist of the present album traveled alongside the Indus river from Karachi to the northern parts of the Sindh province. The initials WME on the front end-paper may be his monogram or that of a previous owner. The colours are fresh and unfaded. 1 drawing has been removed.

A very rare and interesting manuscript album from the very beginning of the British colonization of Pakistan. The British East India Company started its invasion of Sindh in 1839, Karachi was the first area in the province to be occupied. 1843 most of the province (except for the State of Khairpur) was added to the Company’s domain after victories at Miani, Dubba and Hyderabad. 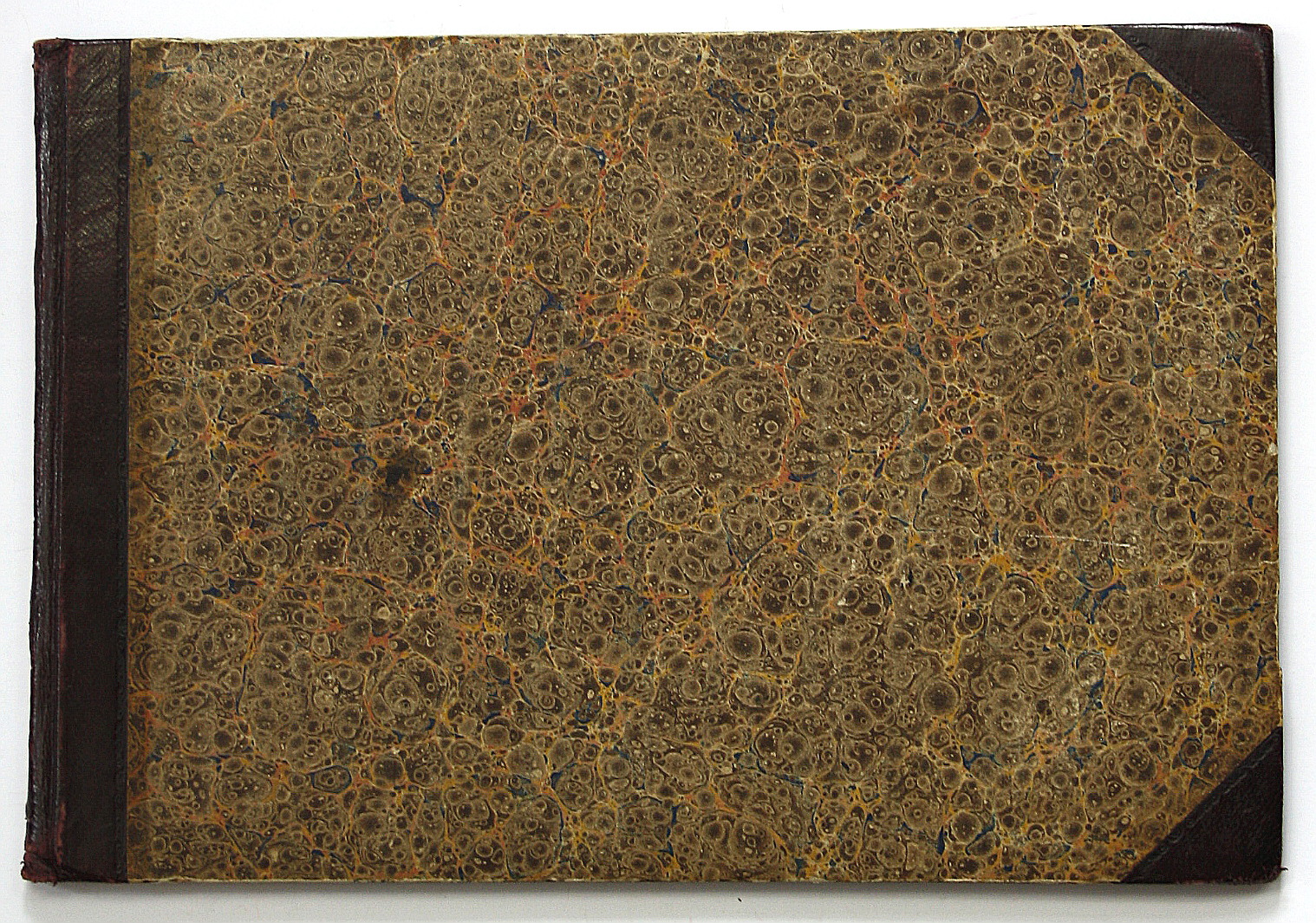 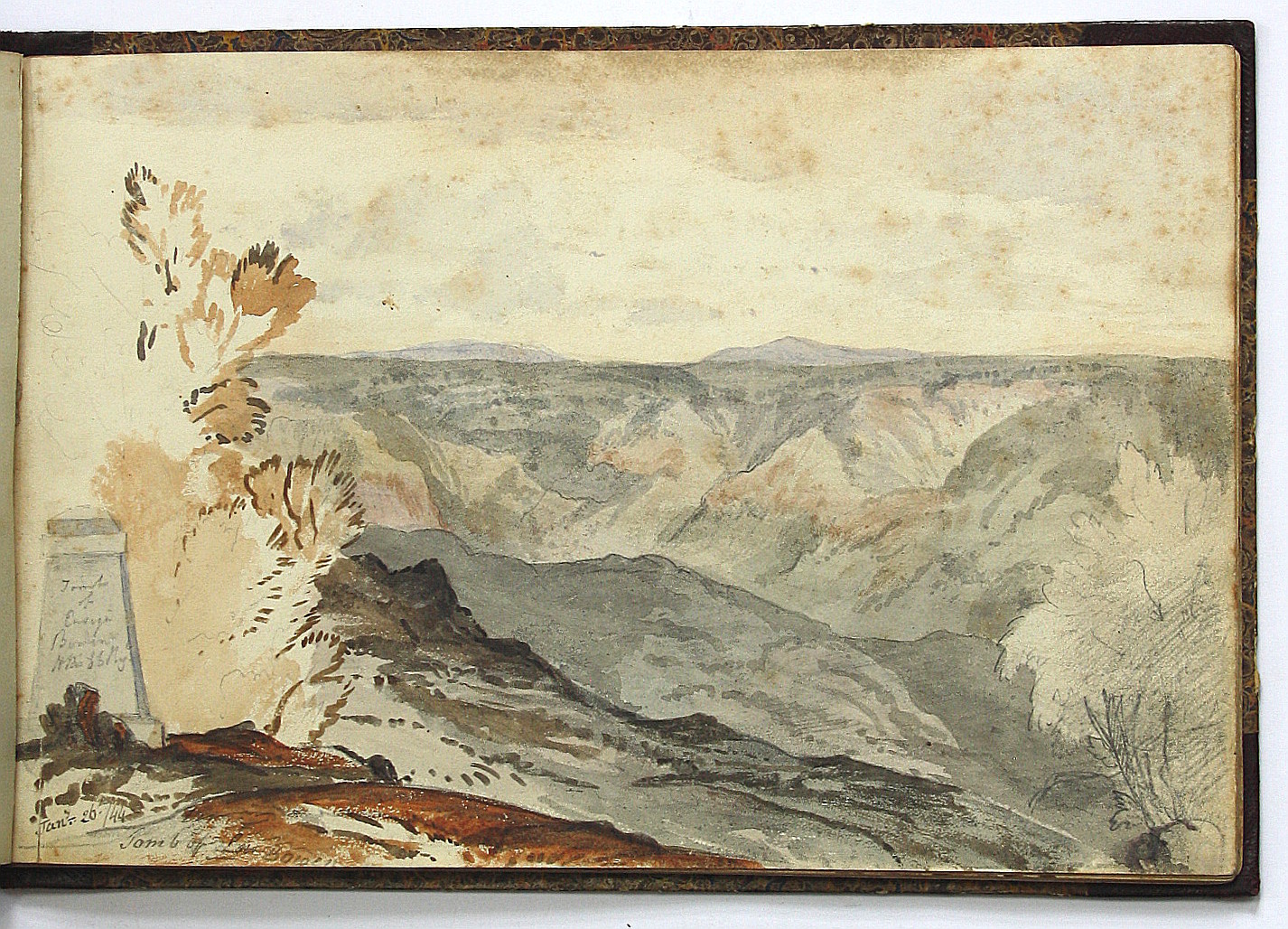 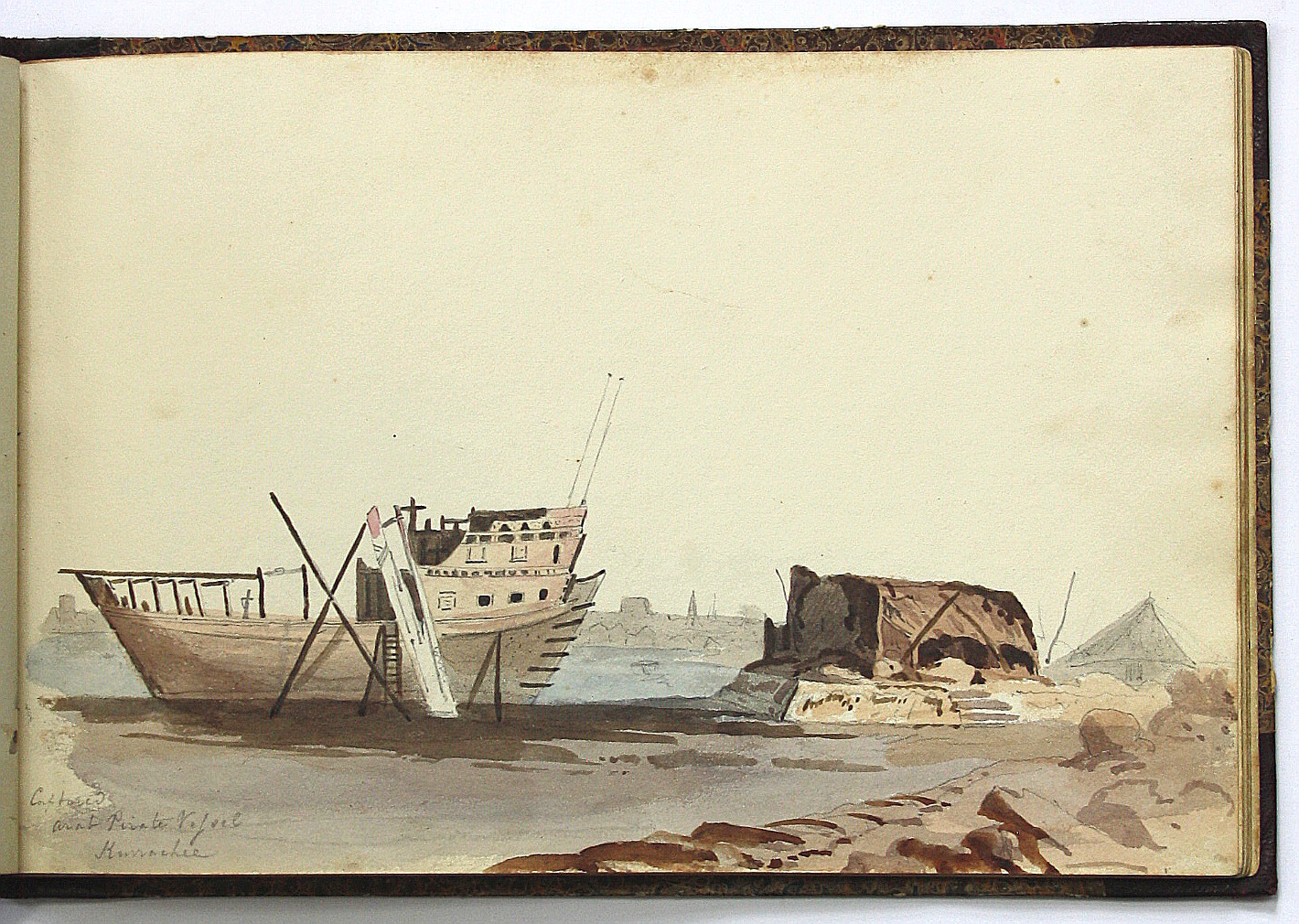 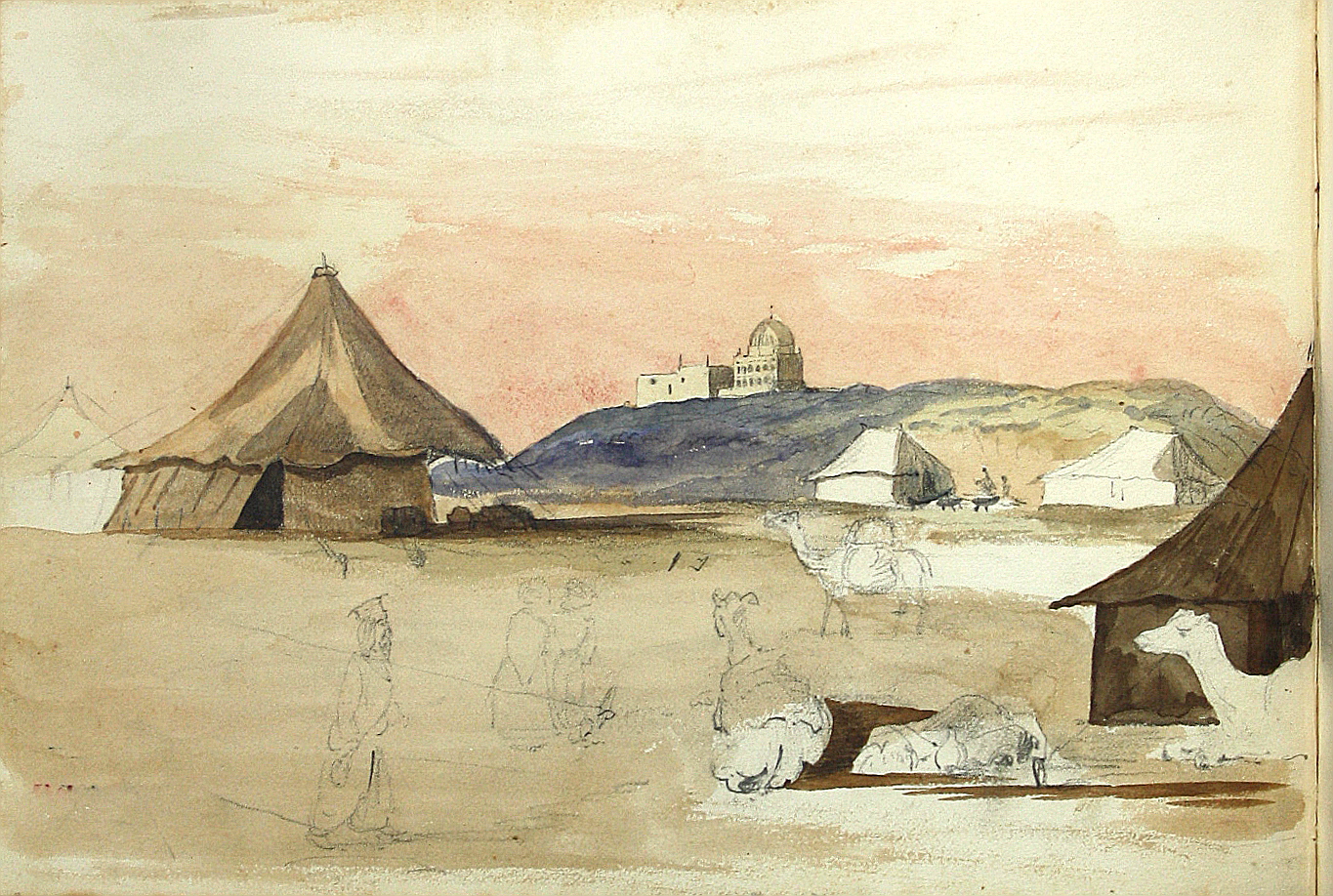 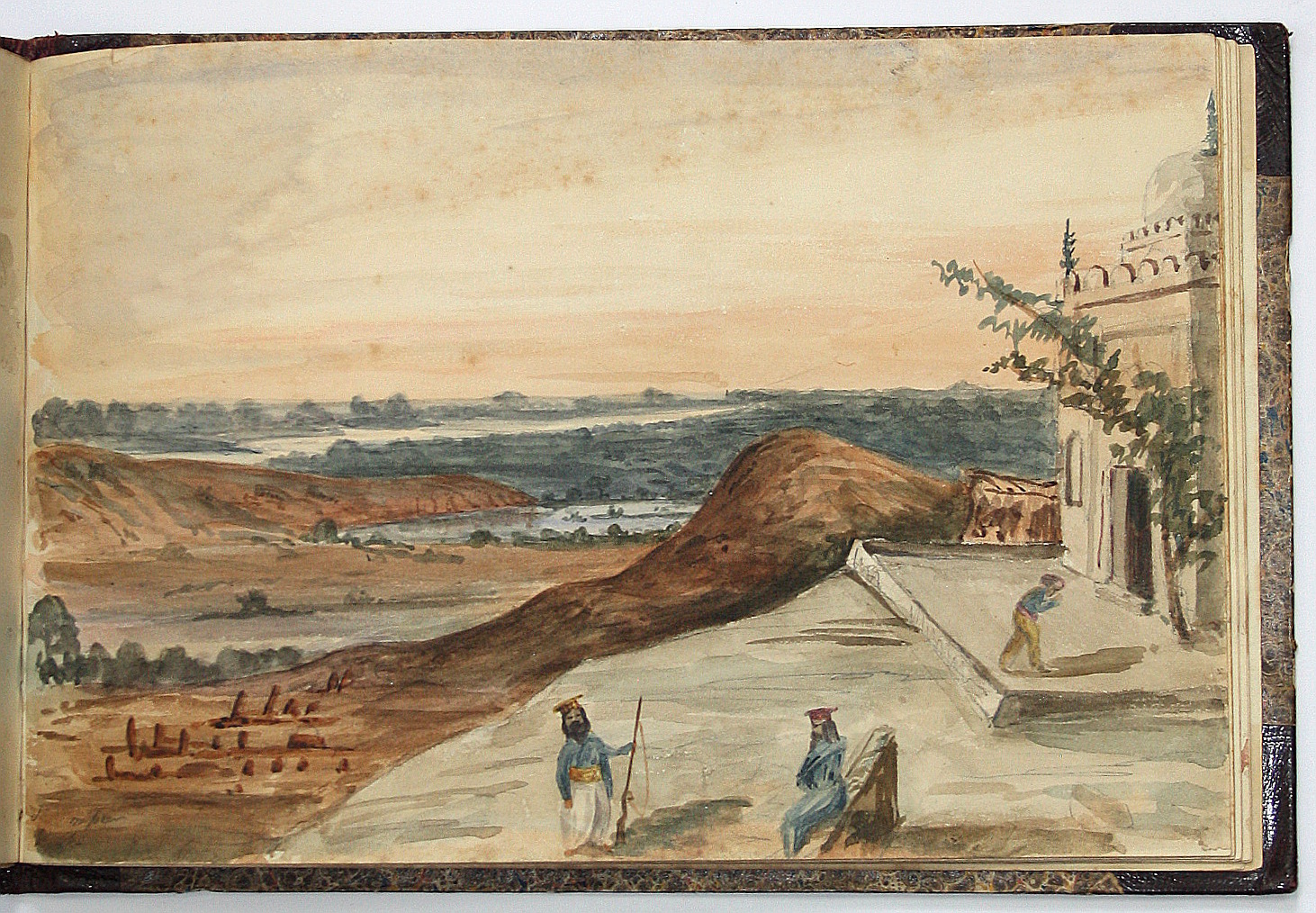 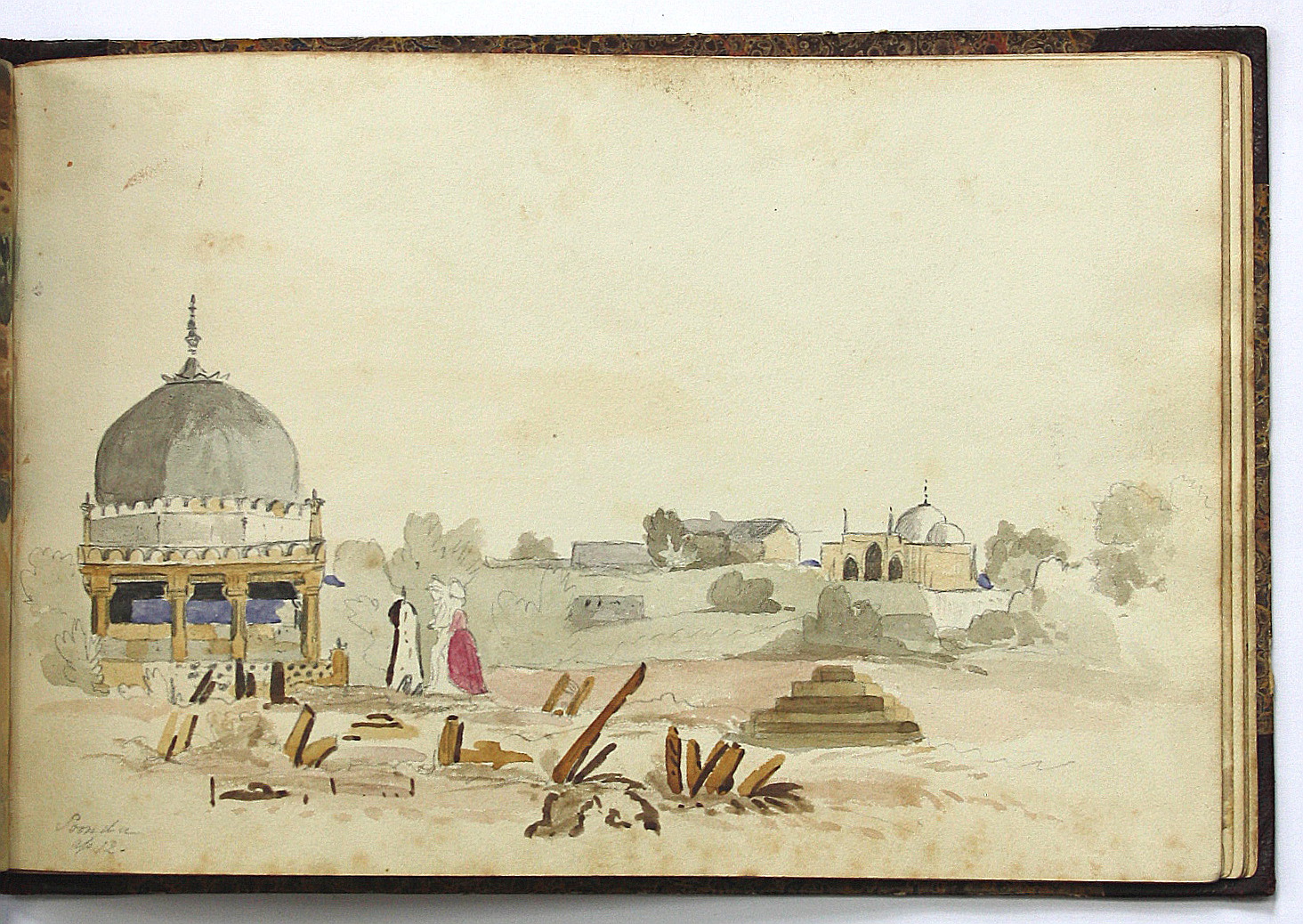 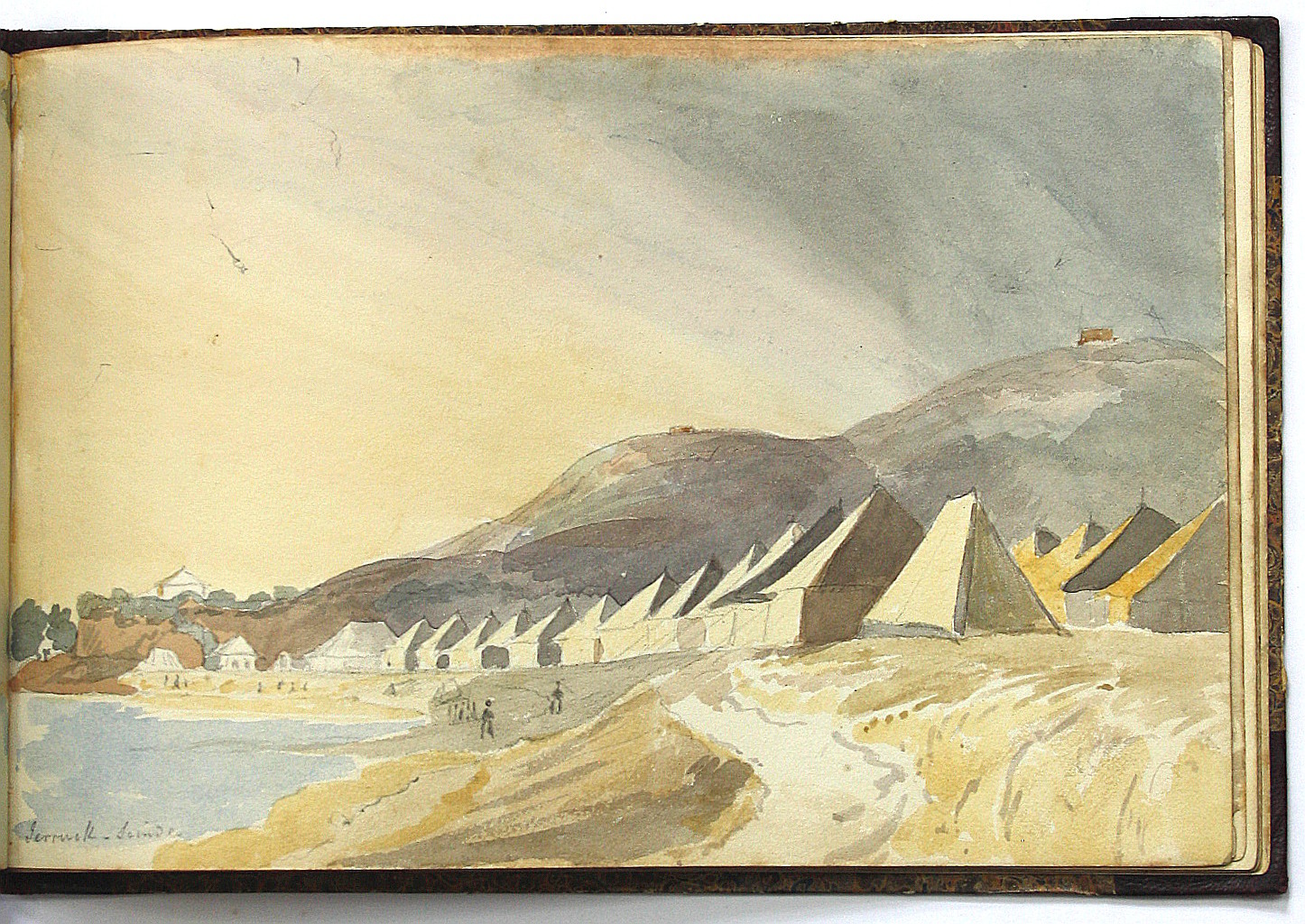 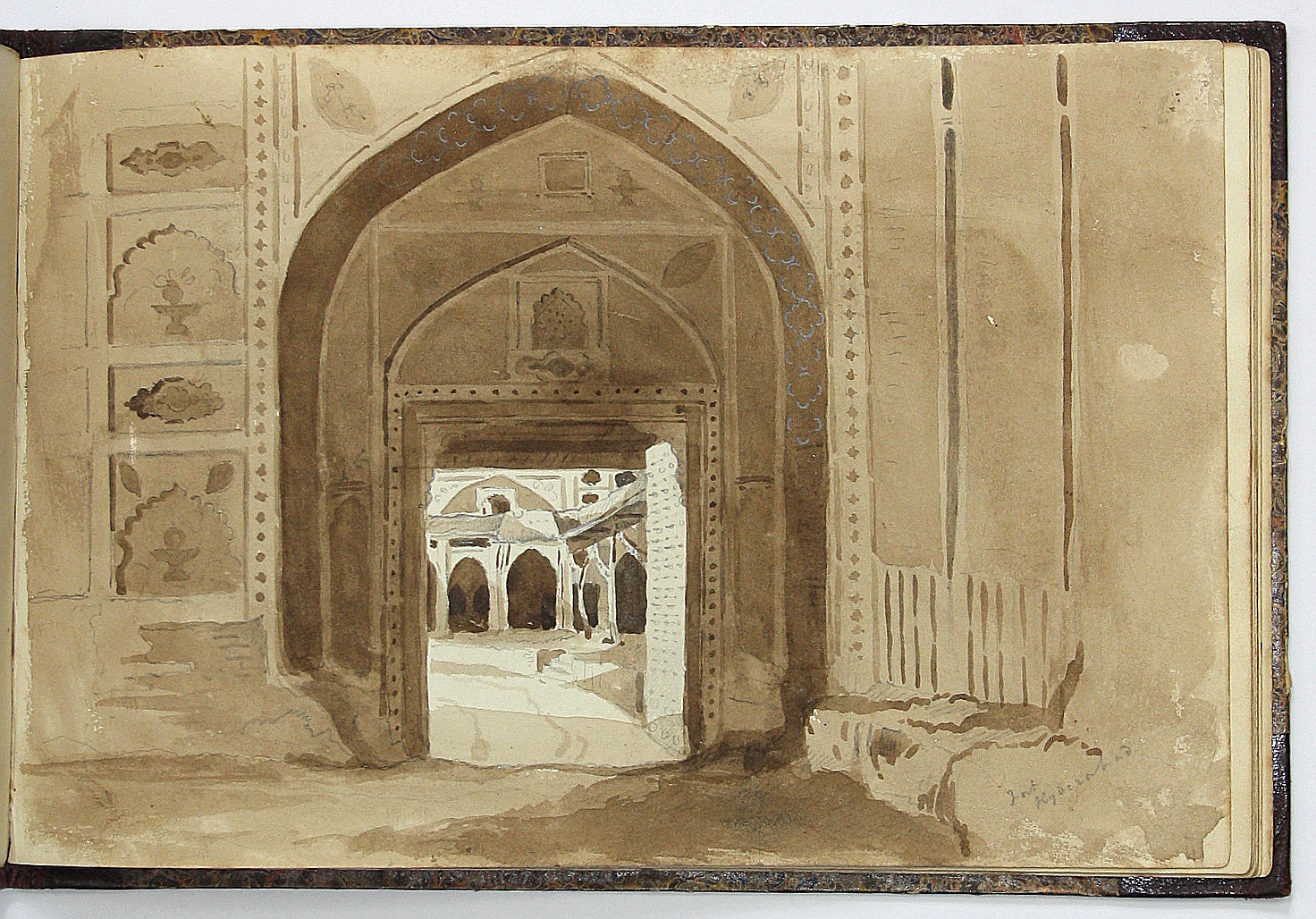 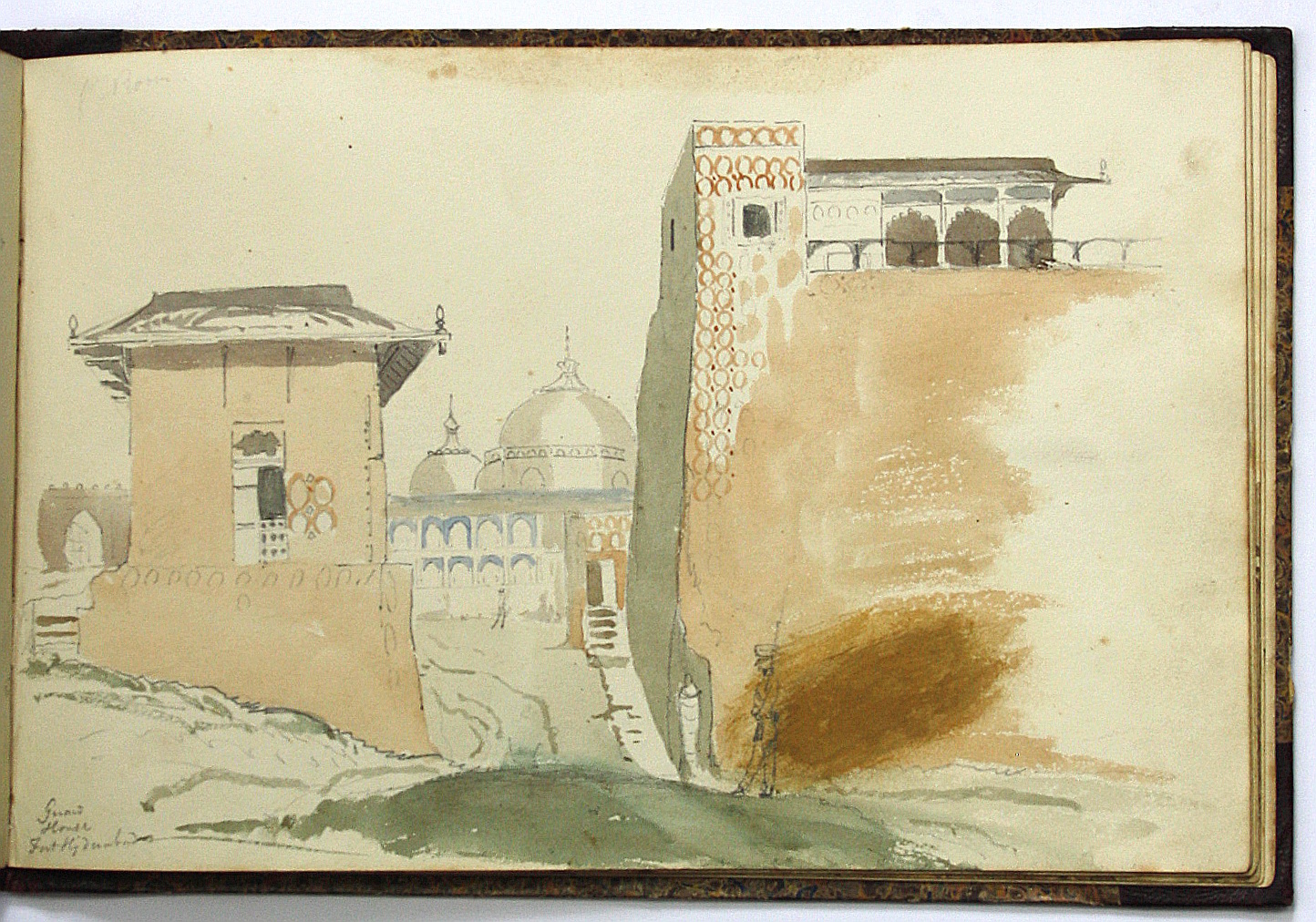 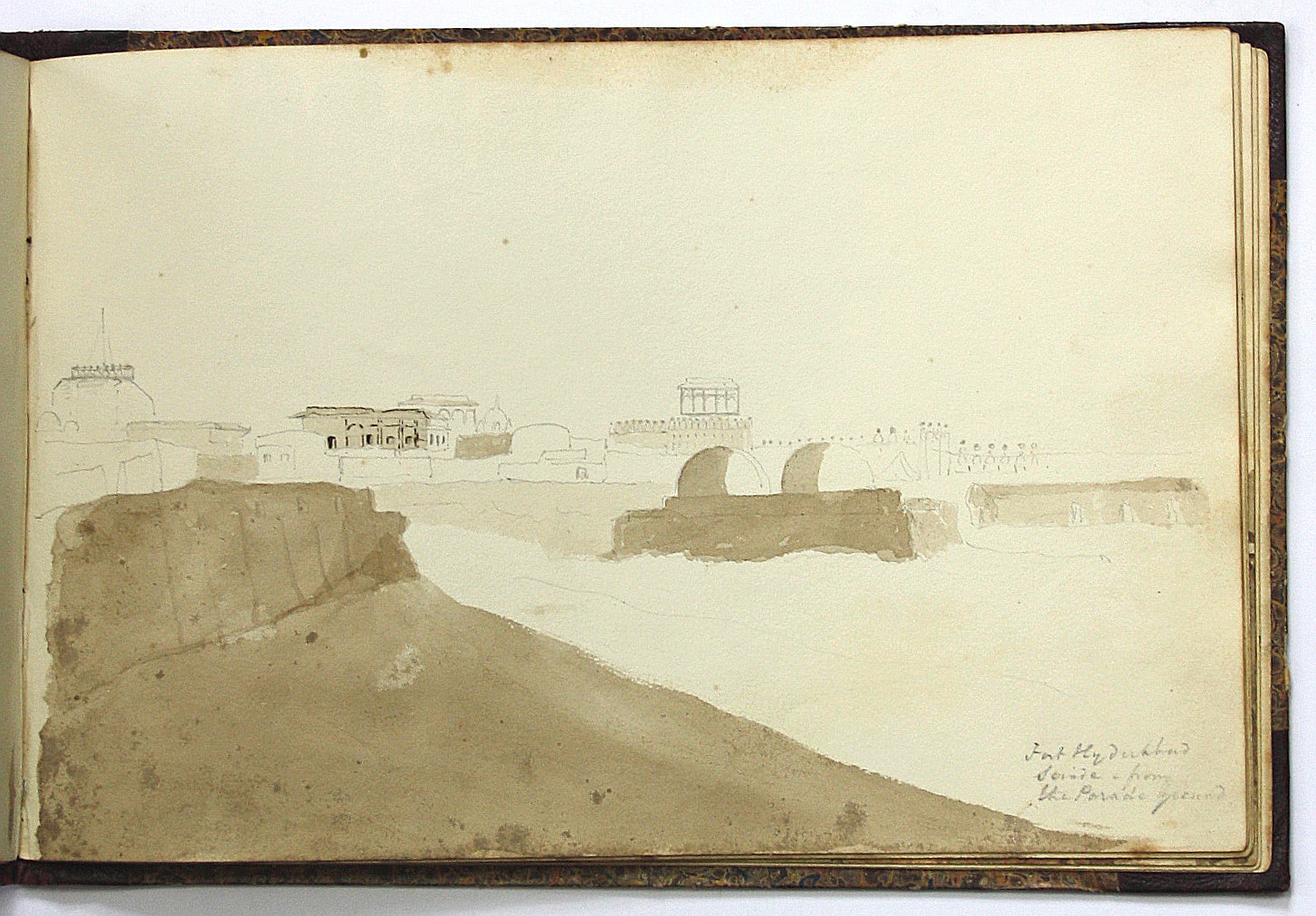