Louis XVIII is enthroned on a platform located on the points of bayonets resting on the bodies of dead soldiers. The throne is made of weapons. The king is accompanied by Talleyrand, Fouché and a sitting friar. The smiling Fouché showing to the king a paper entitled: „Restrictions on the Press“. The allied soldiers at left paying the French crowd to cry out for Louis XVIII. On the right the execution of Michael Ney is shown.
„The text, in Old Testament phraseology, relates (mendaciously) the return of Napoleon, his defeat, and the restoration of Louis XVIII. Among Napoleon’s crimes in the eyes of the Allies are that he had ‚liberated the Negro‘ and given liberty to the Press. The Allies pay the French one sou a day to ‚cry out for Louis‘, ‚And all those that would not cry out for the King, they put to death‘. … The bitterness of the satire is characteristic of the ‚outburst of sedition and blasphemy‘ in the Press, 1815-17, and of the unstamped Press of 1815-32, in which Wooler took a prominent part.“ (M. Dorothy George, ‚Catalogue of Political and Personal Satires in the British Museum‘, IX, 1949) – Originally heading a printed broadside. 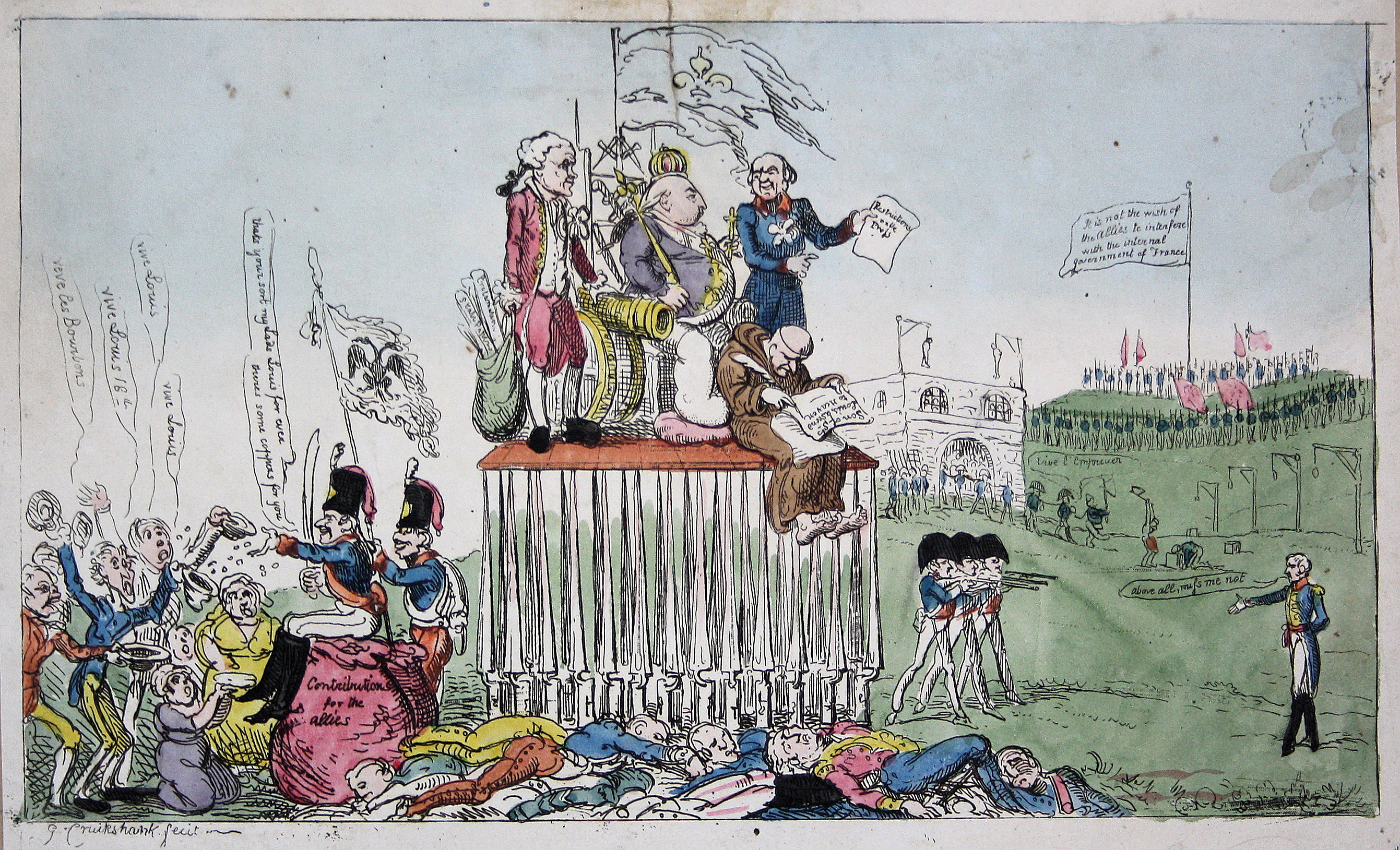