CRUIKSHANK, George – Review of the French Troops on their returning march through Smolensko. London, Hannah Humphrey, 27 May, 1813.

A little Napoleon regarding his bedraggled troops returning from Smolensk. One of several prints in which remnants of the French Army wear women’s clothes. Above the design is a Russian title. Cruikshank made several etchings after Russian prints, but this one is missing the normally used notation „copied from a Russian Print“, so this caricature apparently is not an adaption from an earlier print. 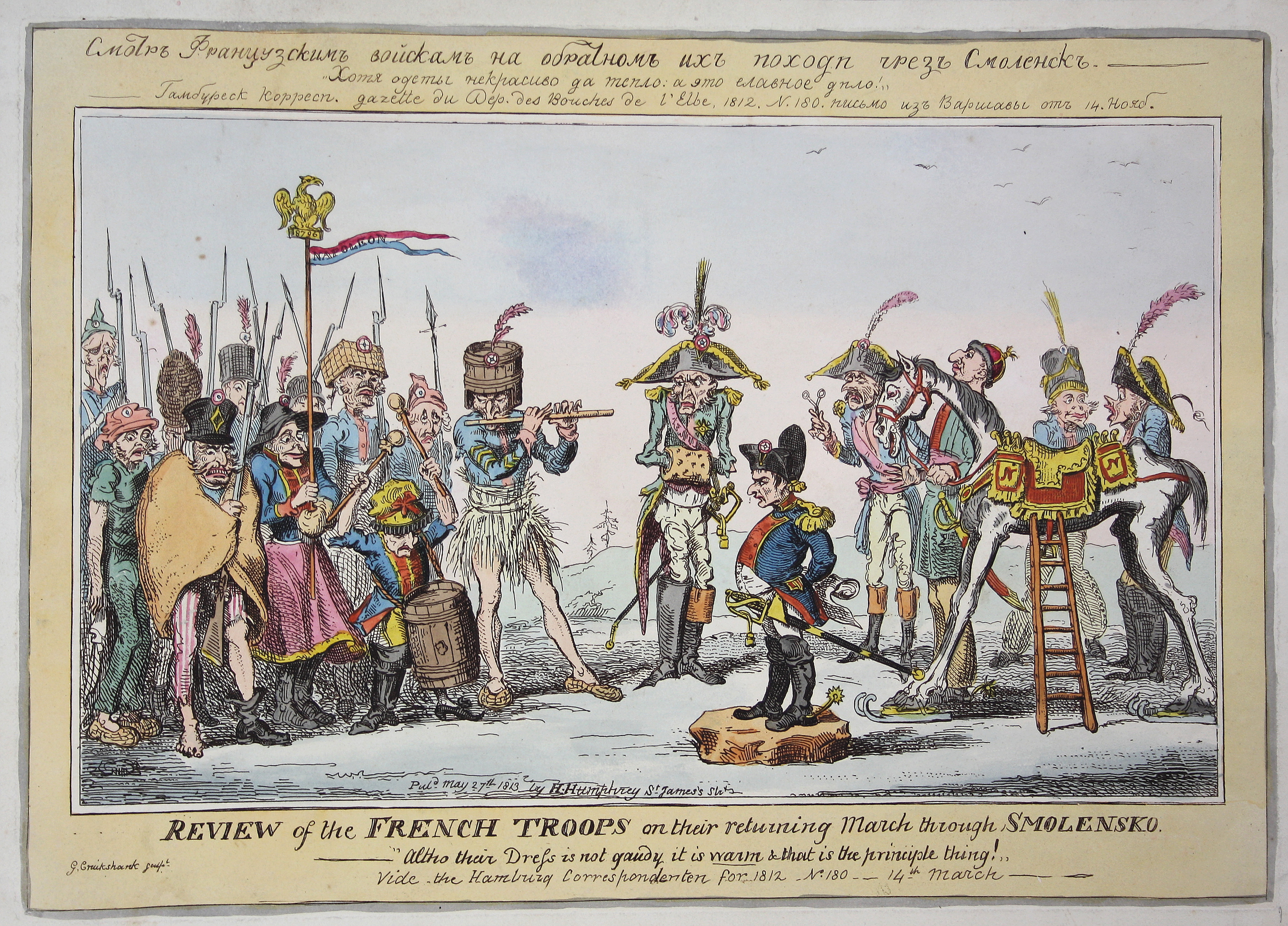