Louis XVIII sits in a wheeled chair, vainly trying to put a jack-boot on whilst his crown falls from his head. Napoleon’s son, the Duke of Reichstadt, dressed in Napoleon’s uniform of the chasseurs of the Guard stands behind the chair raising his arms to catch the crown. He says: „The Boots wont fit you Old Bourbon—I’ll try them on by- & by.“ The King cries out: „Oh! God of St Louis assist me for tho‘ I have had my heels well rub’d with Bears grease yet I’m afraid I shall find it a d—d awkward job.“ From the clouds on the left arises a guillotine topped by a bonnet rouge. The French king alludes to the support given by the Russian Tsar to the invasion of Spain. The cartoon prognosticates Louis XVIII the loss of his crown, even of his head, if he persists in his invasion project. 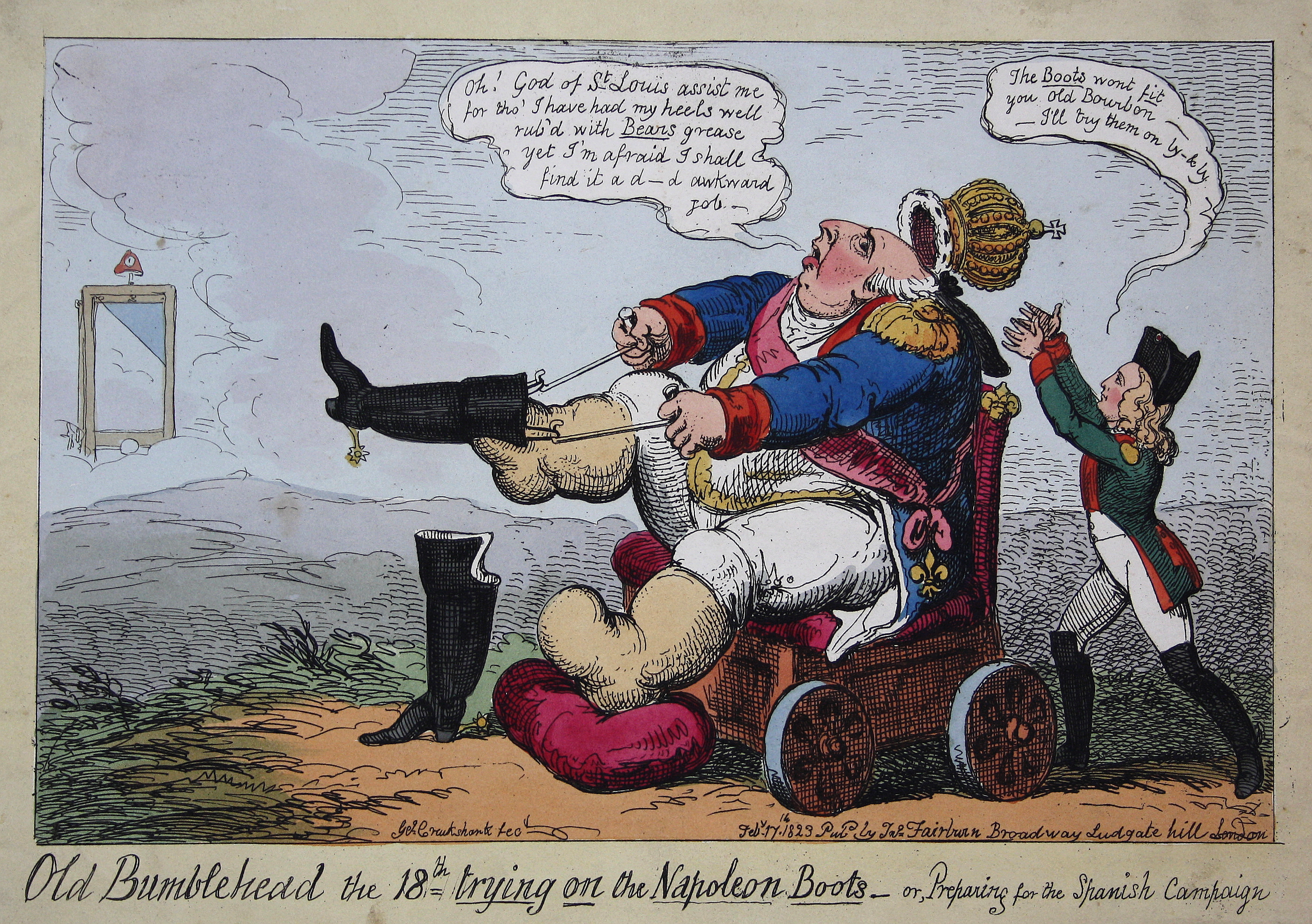