On the deck of the HMS Bellerophon. Napoleon, with tears in his eyes, bows to Captain Maitland and says : „O: Mr Bull I am so happy to see you I always had a great regard for the British sailors, they are such noble fellows so brave so generous!! you see I am in a great deal of trouble, but I hope you will take pity on me & my suite, namely my Barber, my Cook & my Washerwoman togather with a few of my brave generals who ran away with me from the Battle of Waterloo, and I do assure you we all feel great pleasure in surrendering to the good English-I should feel extremly [sic] obliged if you wd take us to America-but if you will not I beg you will take us to England for I hate those Bears & cursed Cossacks, & as for the French Nation now: why they may be D-d-Old England for ever I say.“ Maitland ironically replies: „Indeed Mr Boney I am greatly Obliged to you for your Complements & I assure you we are as happy to receive you as you are to surrender I’m afraid they would not take that care of you in America that they will in England therefore I shall conduct you to the latter place as quick as possible.“ After his defeat at Waterloo on 16 June 1815, Napoleon was forced to abdicate on 22 June. He decided to ﬂee to America and had reached Rochefort by 3 July, but his attempts to embark were prevented by the British blockade. 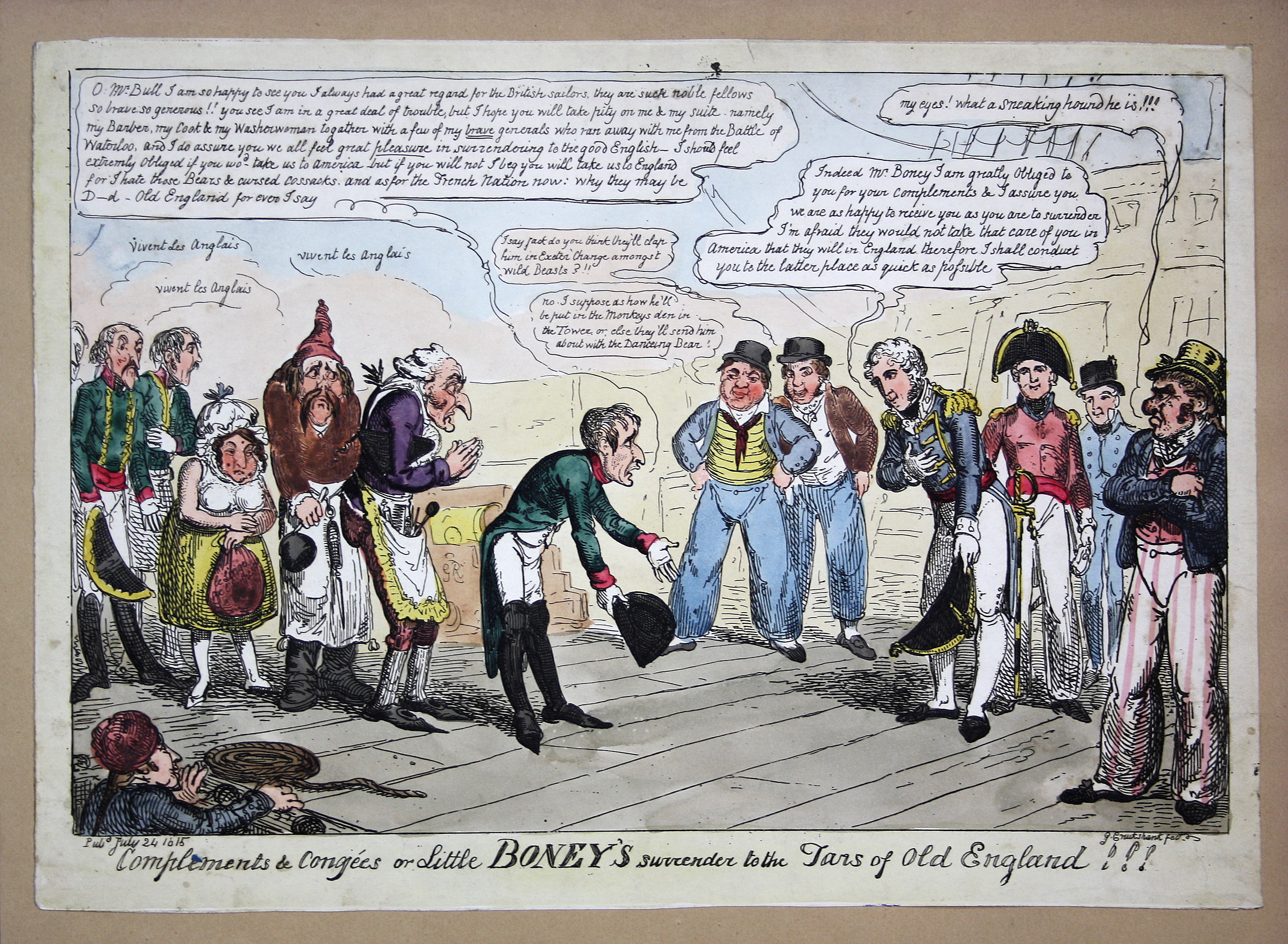