This famous pack is the first of the six celebrated transformation decks that were published by Cotta between 1804 and 1811. It is the first set of transformation cards that was published as an actual deck of playing cards. The court cards depict characters from Friedrich von Schiller’s tragedy Die Jungfrau von Orleans (The Maid of Orleans) but the transformed number cards are unrelated. The deck was published as an almanac, in which each of the 52 cards corresponded to one of the 52 weeks of the year. The playing-cards were not intended to play. Cotta’s aim was to replace the inelegant designs of contemporary German playing cards with artistic high-quality decks. Cotta’s transformation cards were very successfull and became a role model for later transformation decks from other publishers. 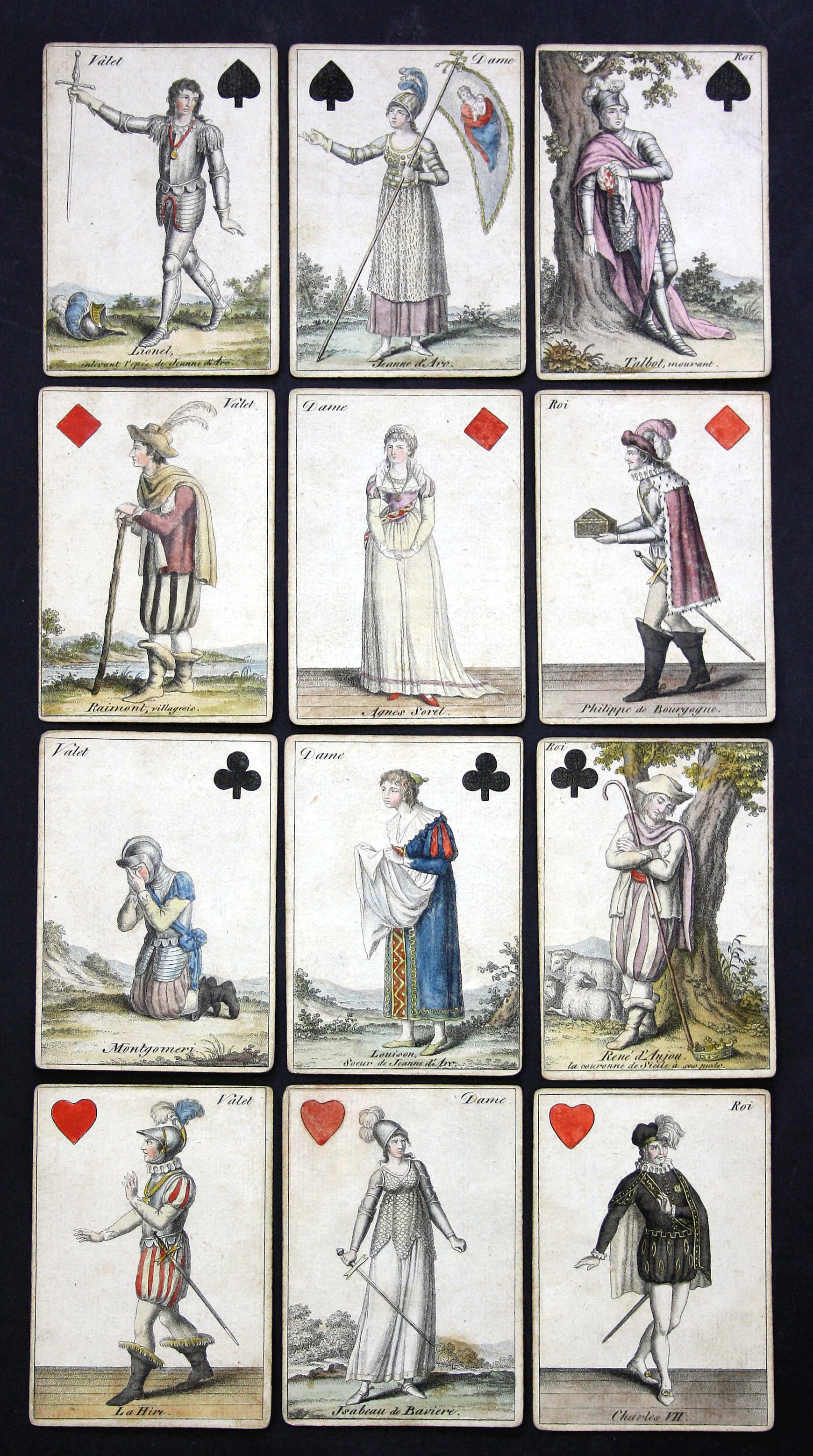 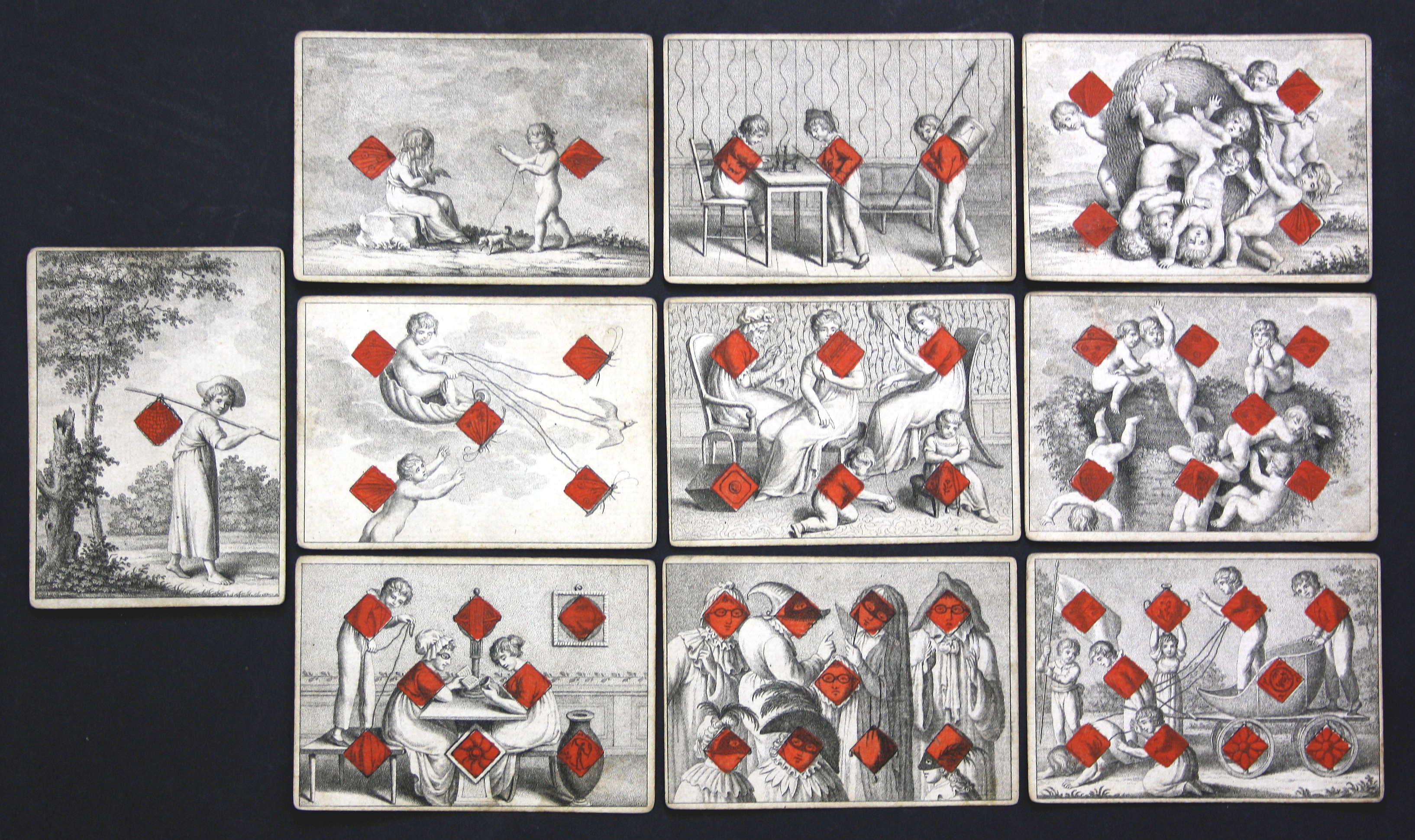 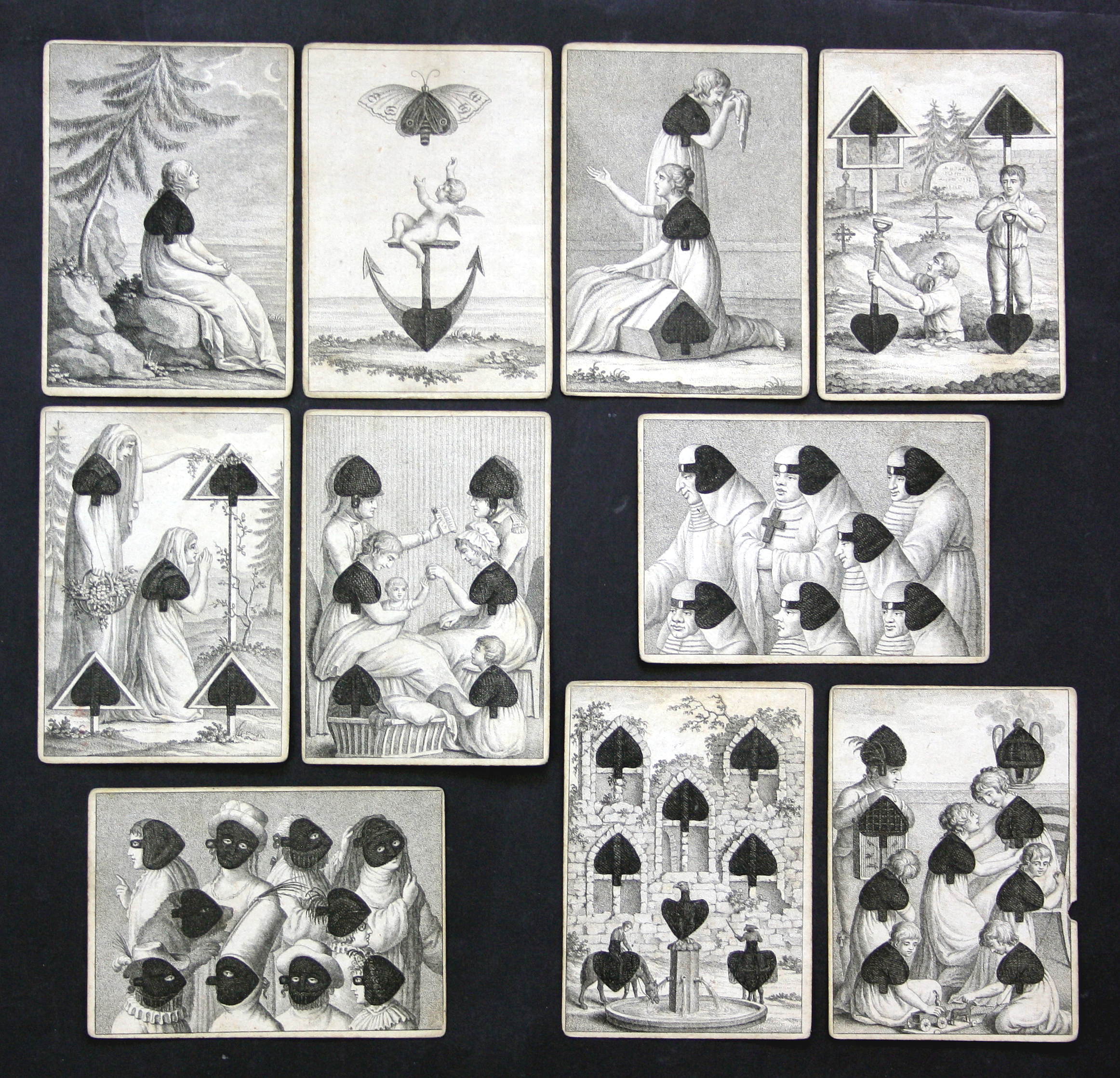 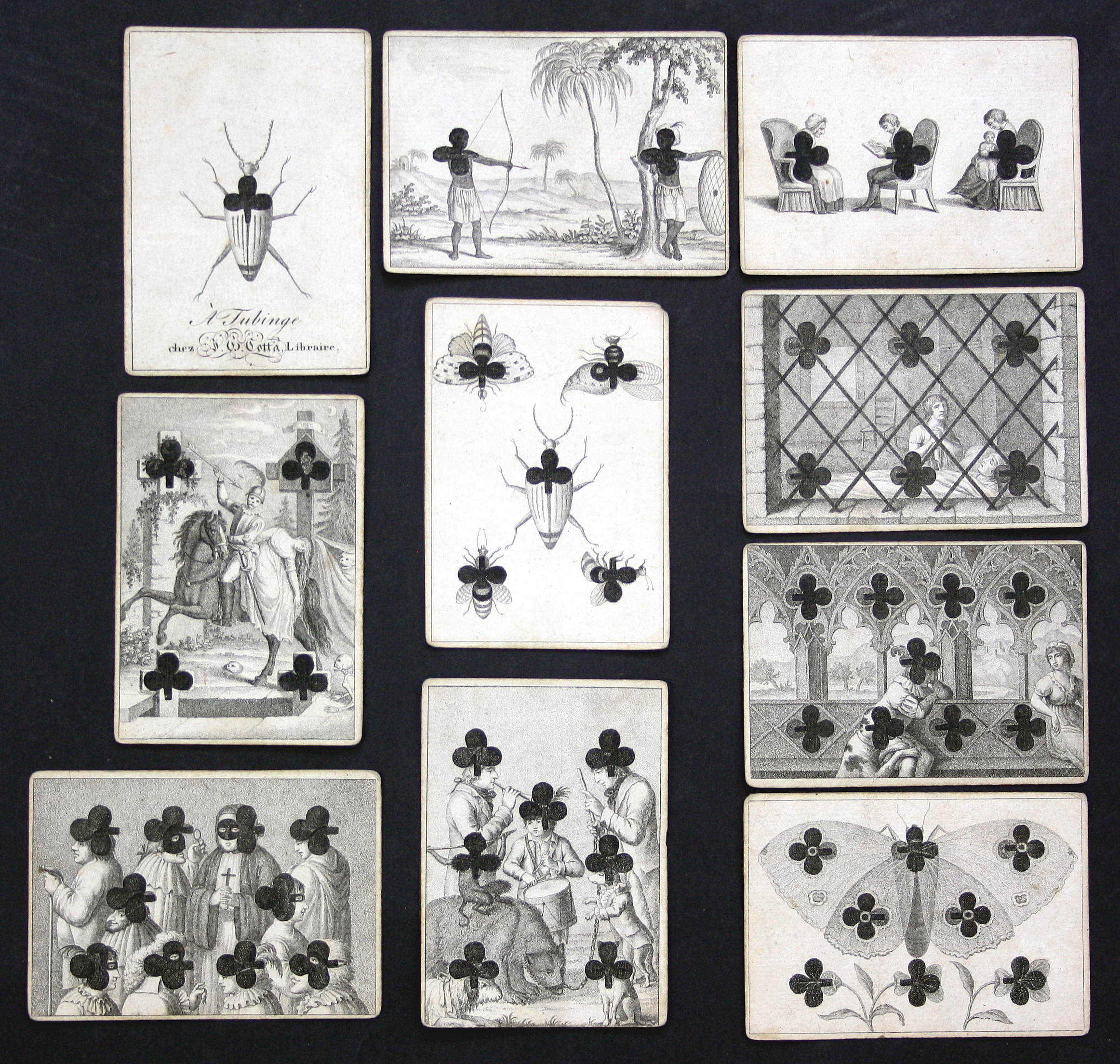