Rare complete deck of these pretty cards displaying costumes of Paris. The cards depict 16 women and 16 men, all in whole figure. The game consist of 4 series, each with two sets of 4 cards: Queue, Jambes, Bras and Tete. Whilst one set bears the full written name of the serie, the other bears only the first letter of it. Each set depict 4 different costumes, which repeat on the second set, so the whole game depicts 16 different images. This is an early version of the Quartet game, in which the player has to collect complete sets of four cards. Very good condition. 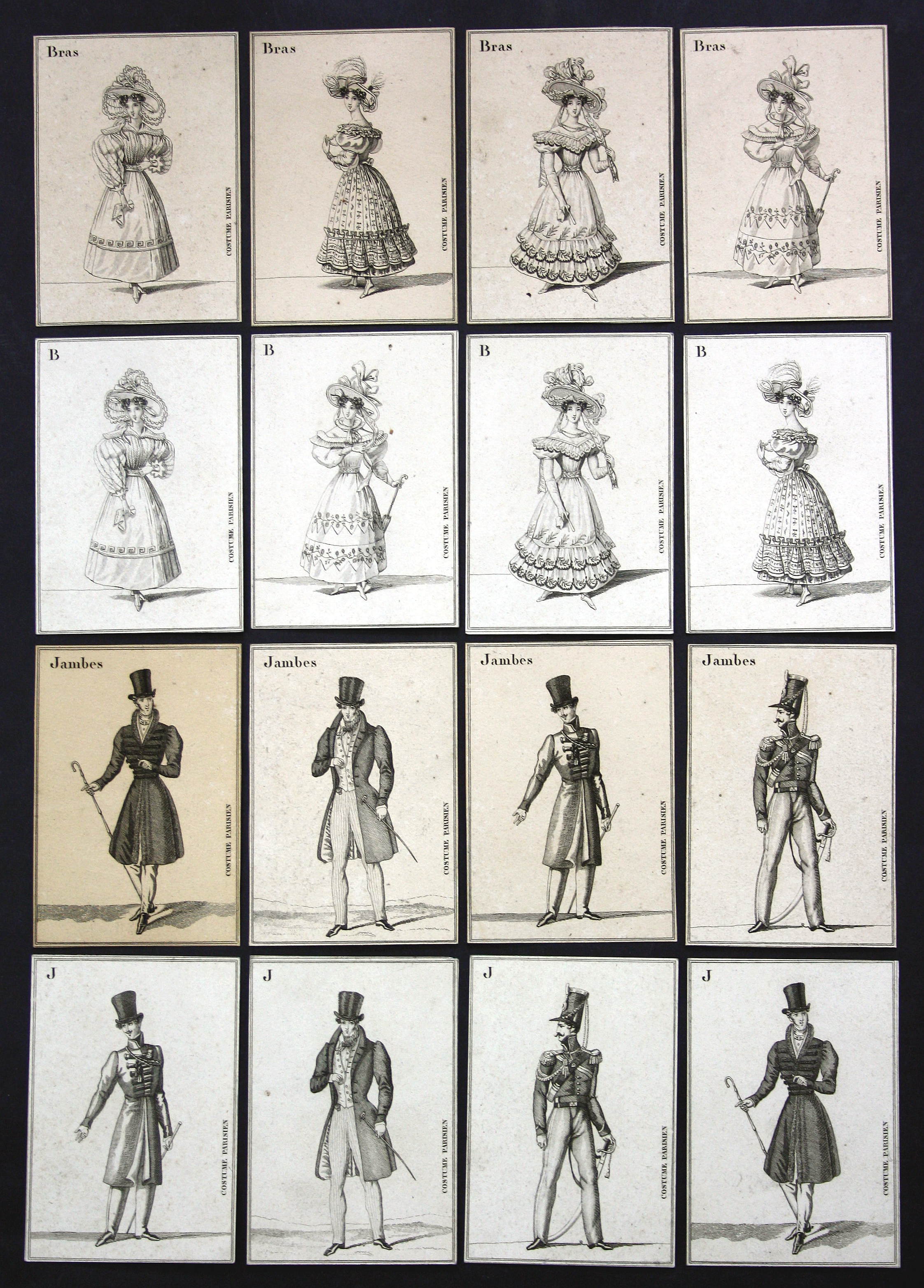 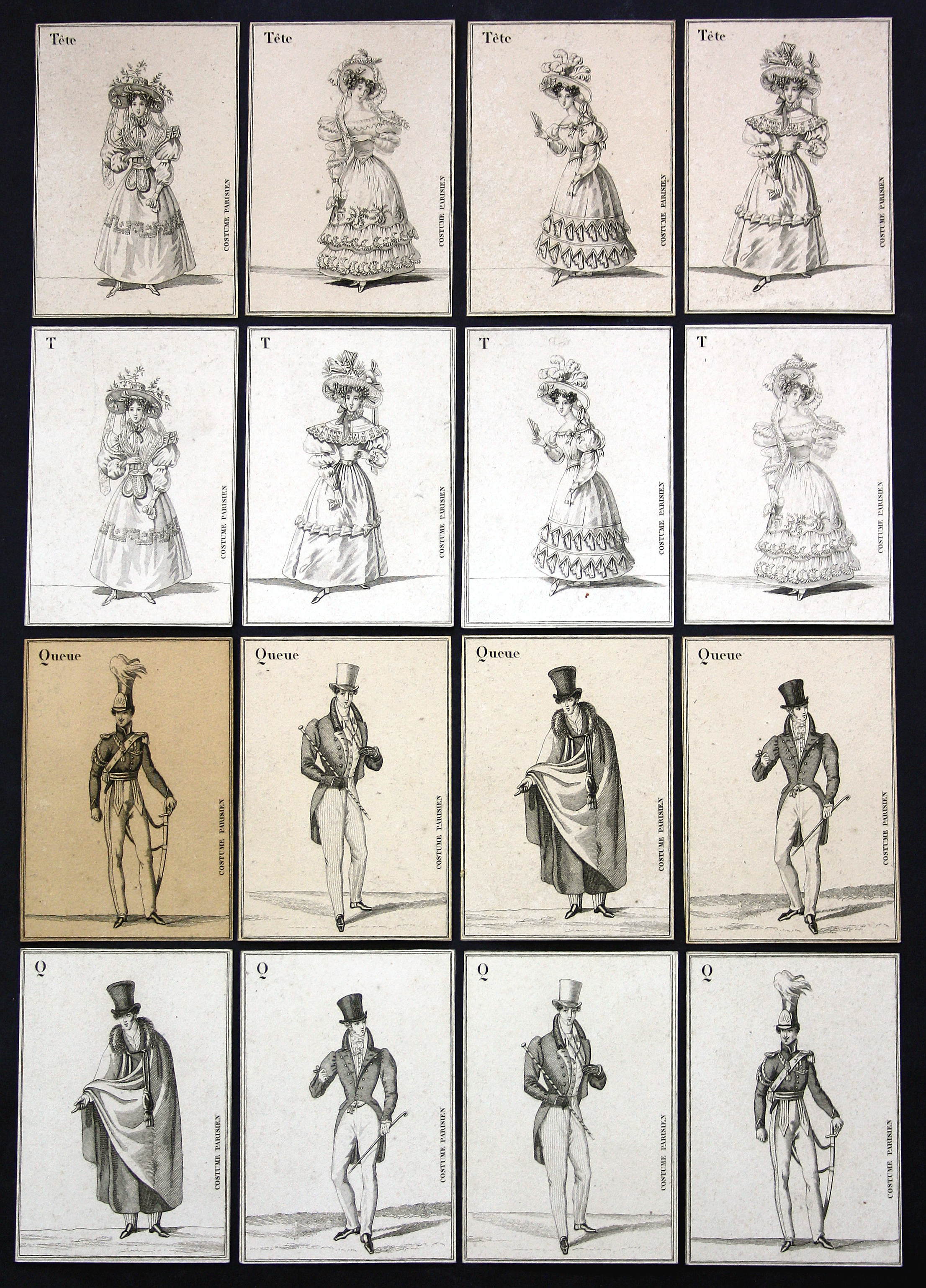