Lawson Wood (1878-1957) was an English painter, illustrator and designer. He is especially known for his drawings of a chimpanzee called Gran’pop, whose annuals circulated around the world. Wood was a member of the London Sketch Club and was elected a member of the Royal Institute of Painters in Watercolours. He exhibited with Walker’s Galleries, Brook Street Art Gallery, and the Royal Academy. His animal designs were published by Inter-Art and Valentine, and his bird, animal, and human designs were reproduced as a line of wooden toys known as „The Lawson Woodies“. In 1934, he was awarded a fellowship of the Royal Zoological Society for his work with animals and his concerns about their welfare. The present drawings are larger in size than the printed book which was published in The Noo-Zoo Tales series. The book tells the story of a lost little girl with a doll who gets help from the Wolly-Cuddle, a large Guinea pig, in finding his way back home. On their trip they meet a chimney sweeper and take the train. The parents of the little girl, the father is a city magnate, thanking the Woolly-Cuddle for her kindness and giving her so many presents, that she needs three porters to take them home for her. – Two of the ink drawings were not included in the printed edition. – All of the published drawings have the typed text affixed to versos that was to appear in the published booklet, with traces of mounting verso. – Fine condition. – Accompanied by the original printed booklet. 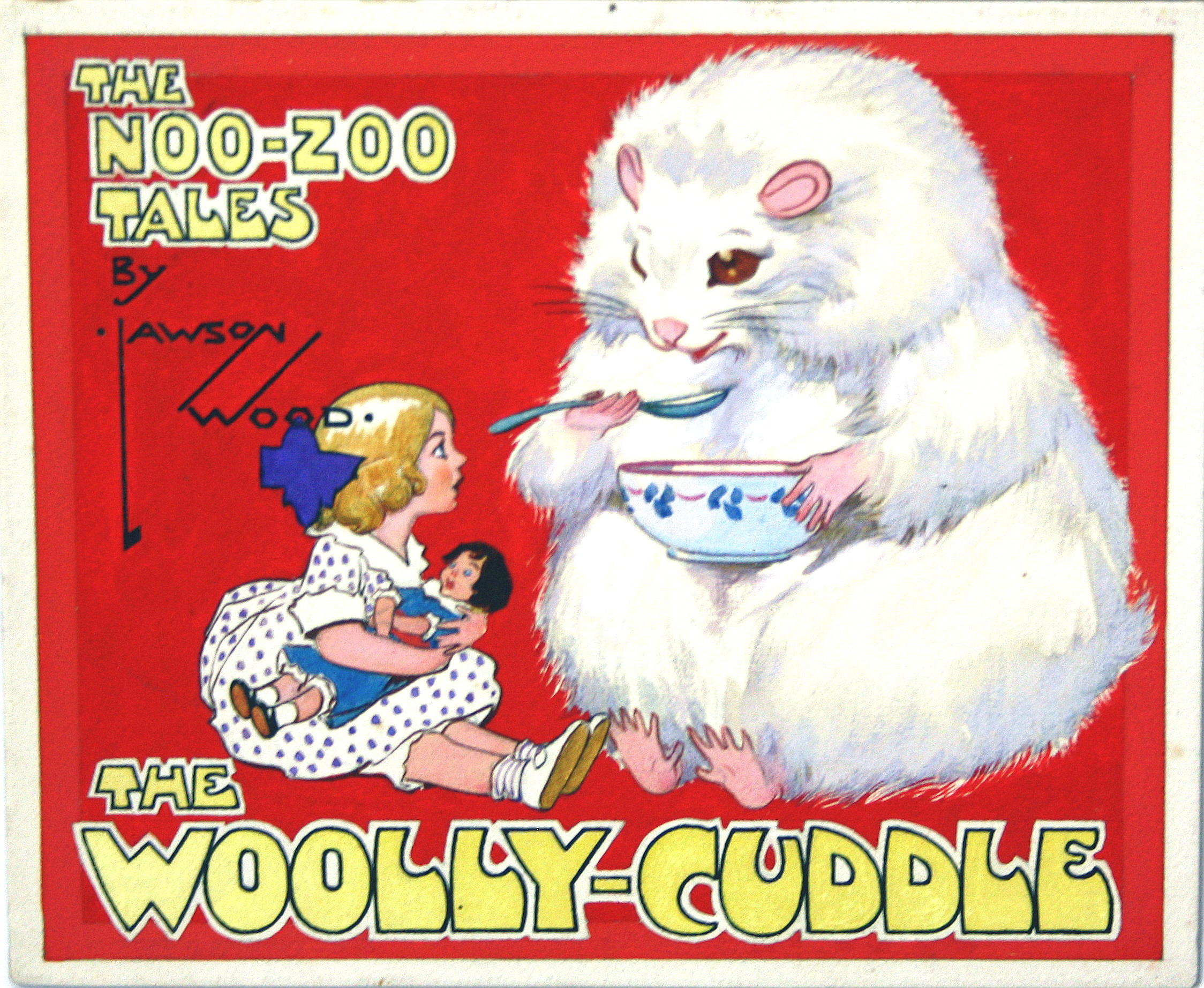 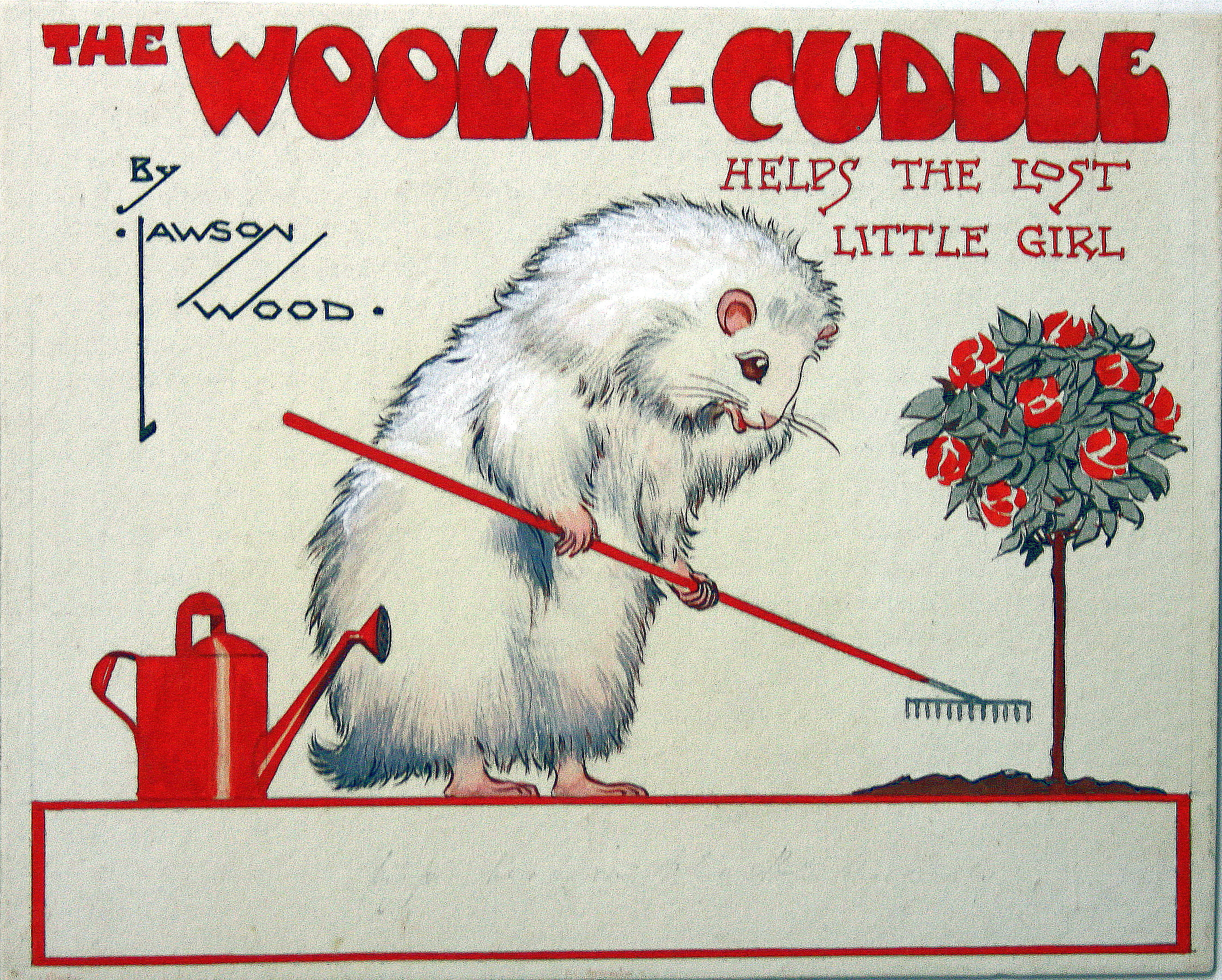 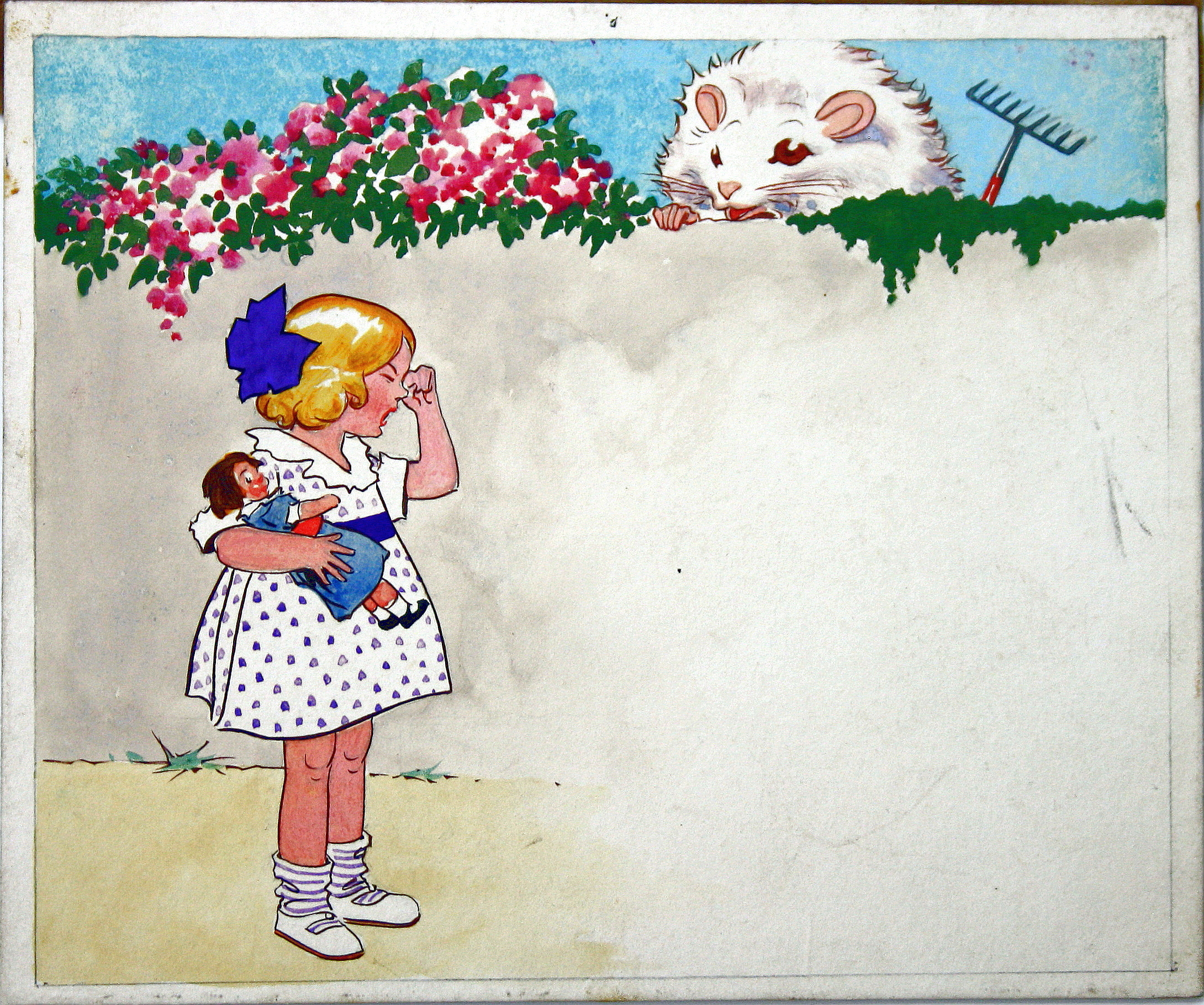 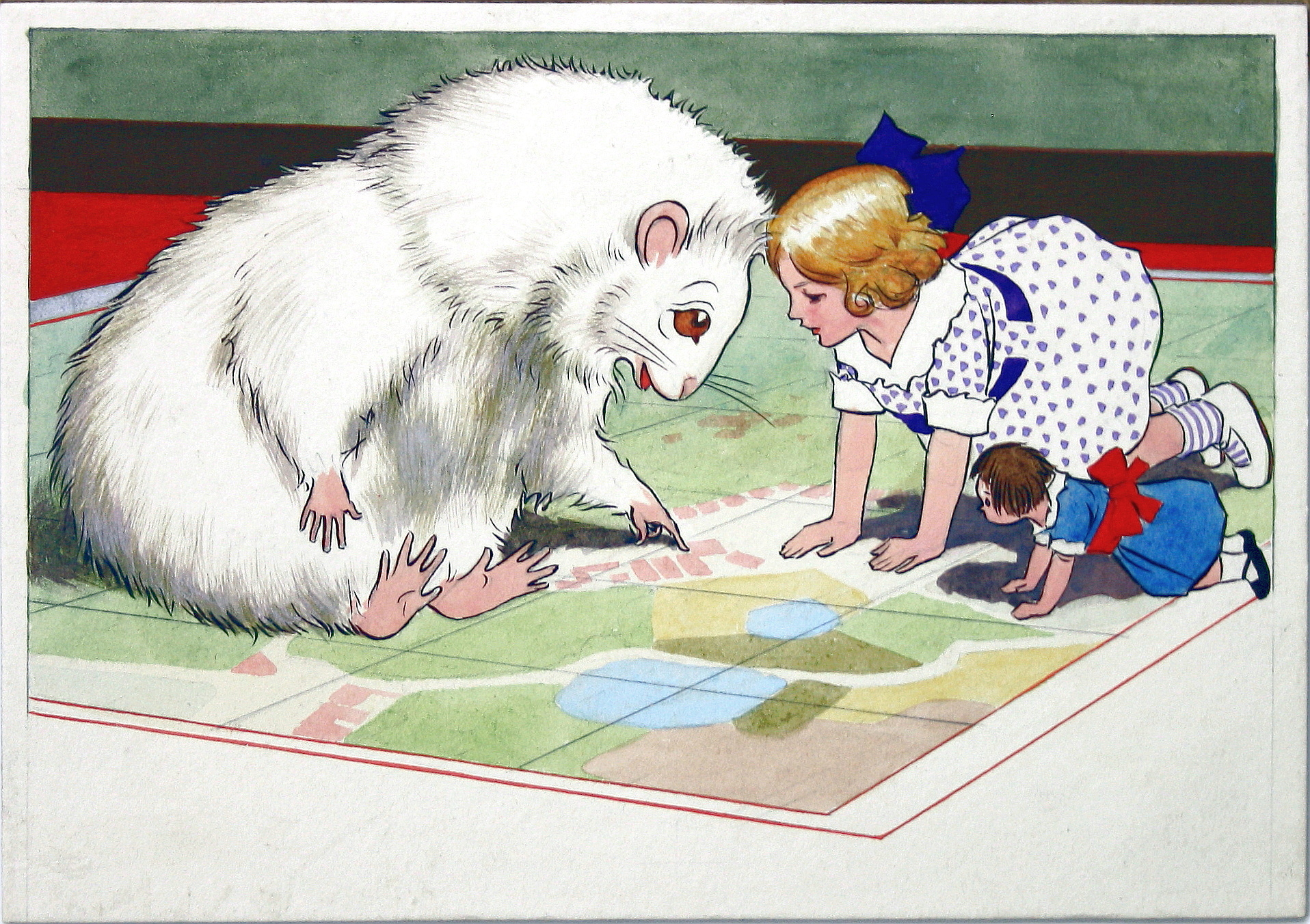 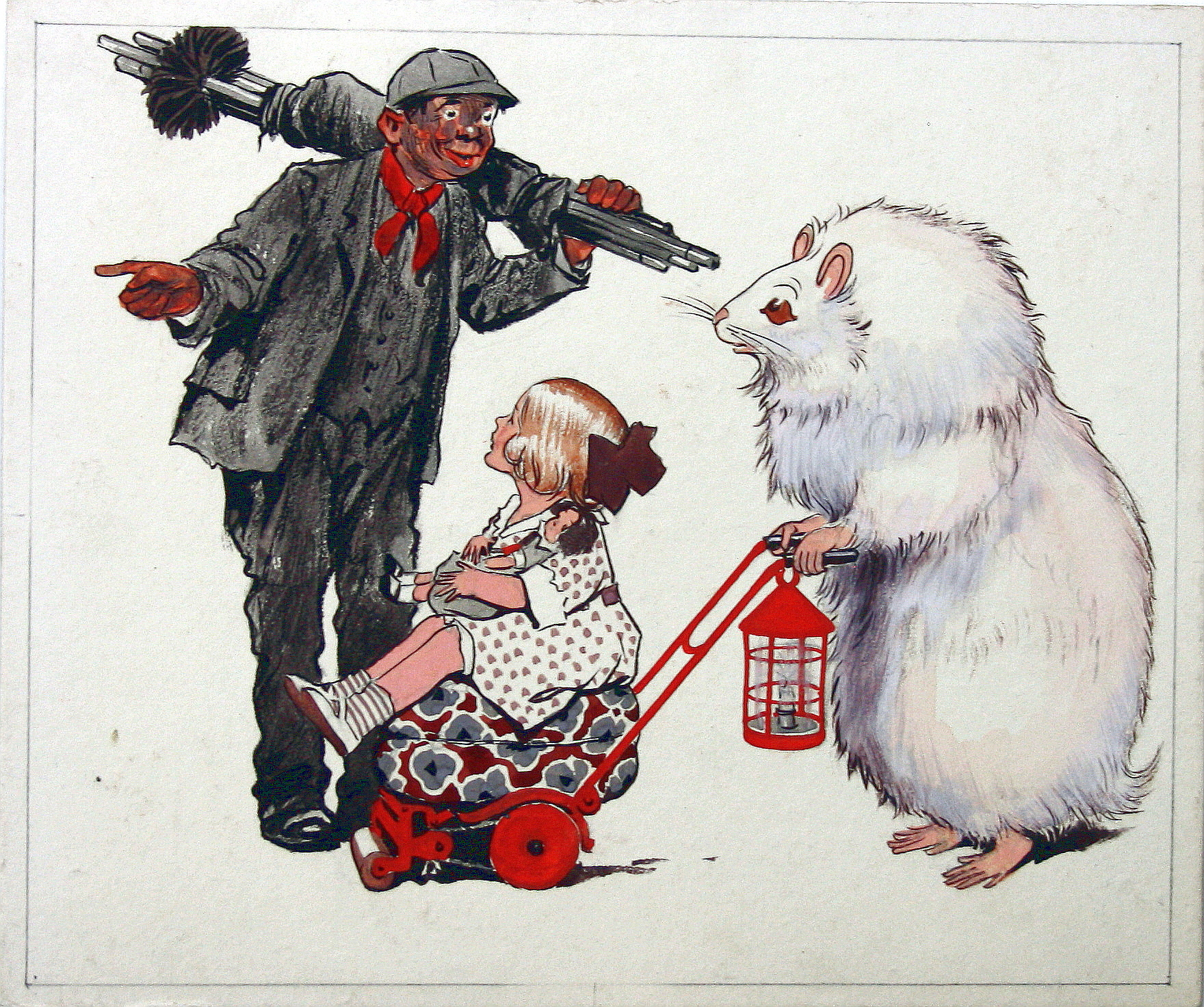 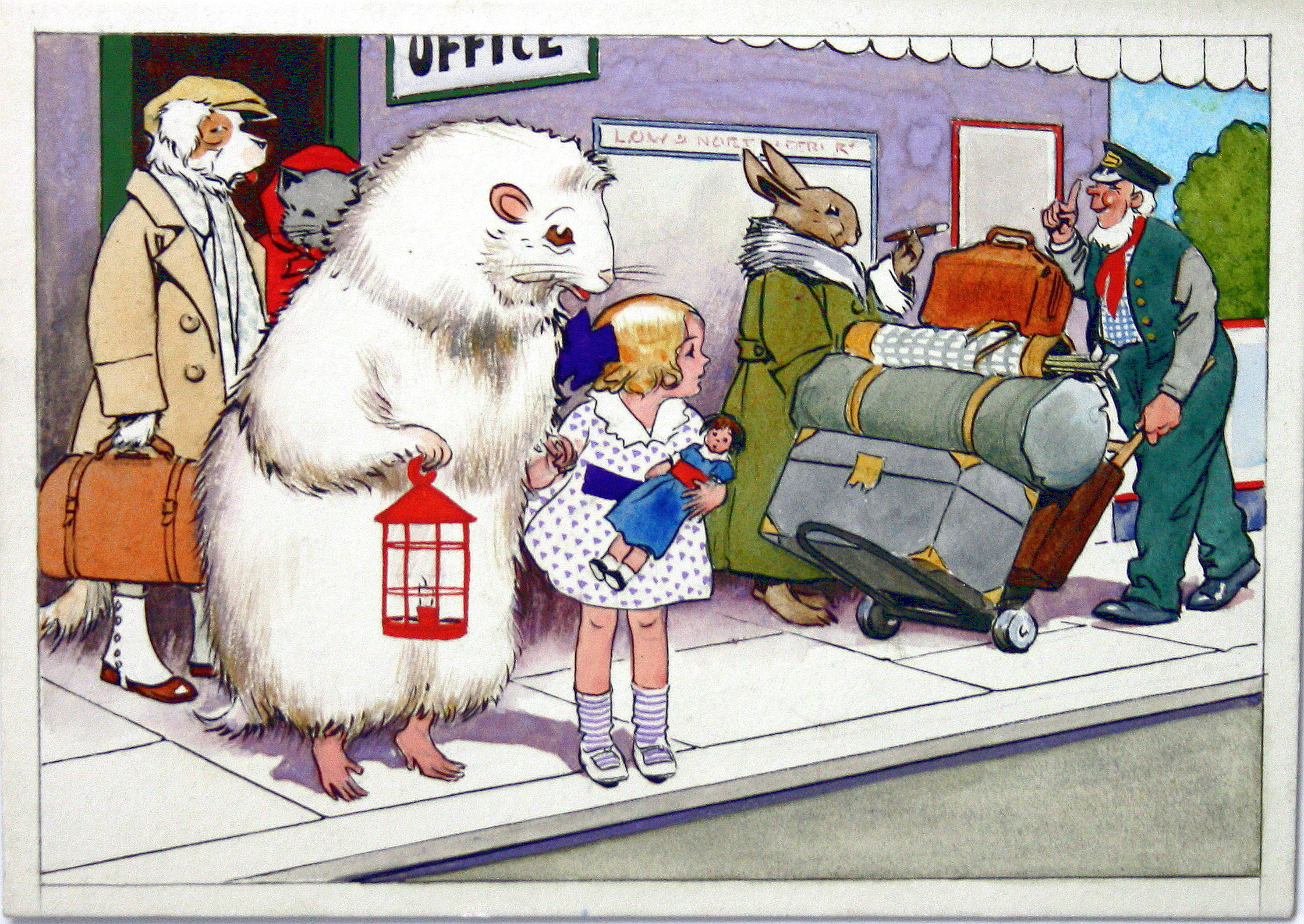 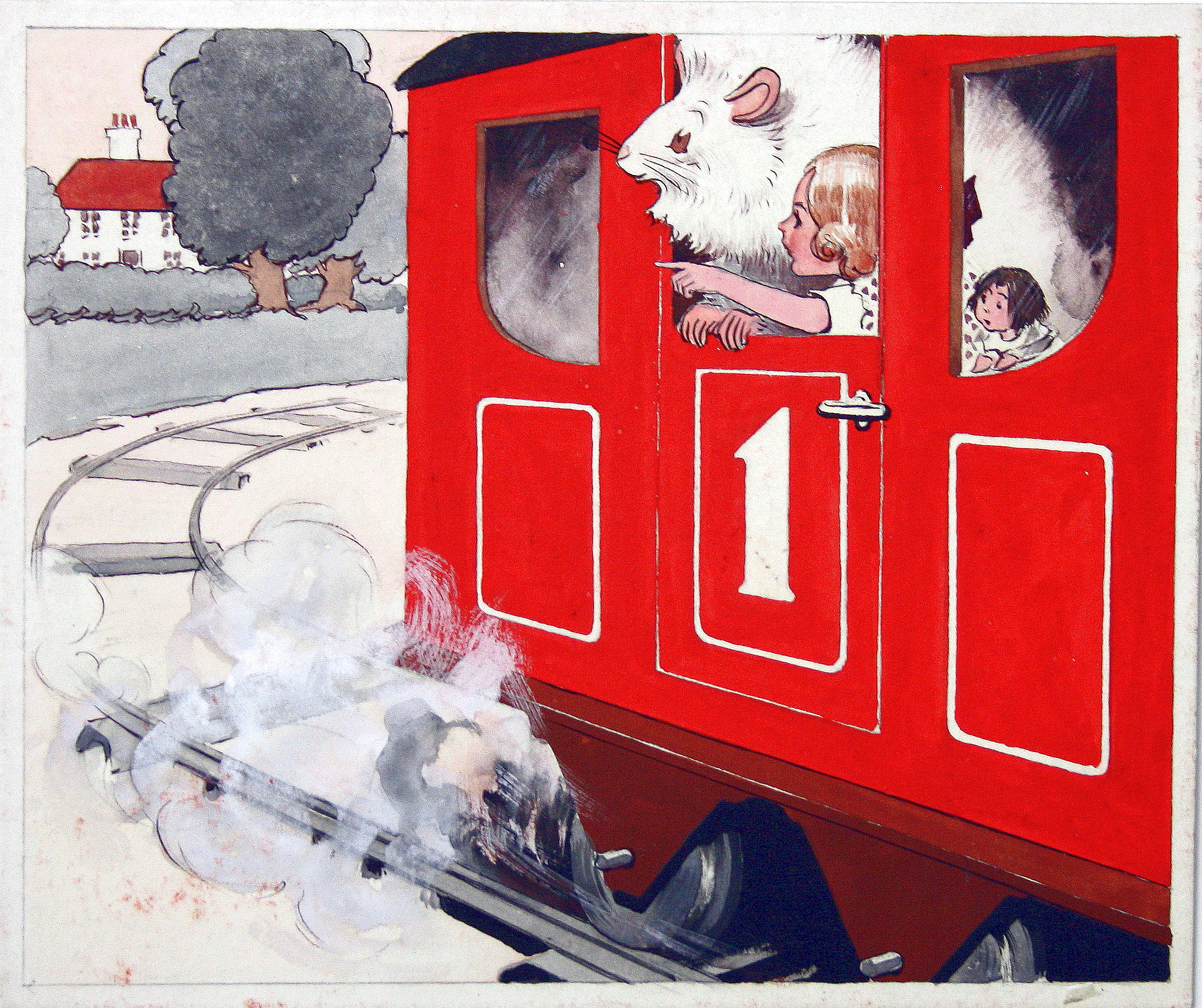 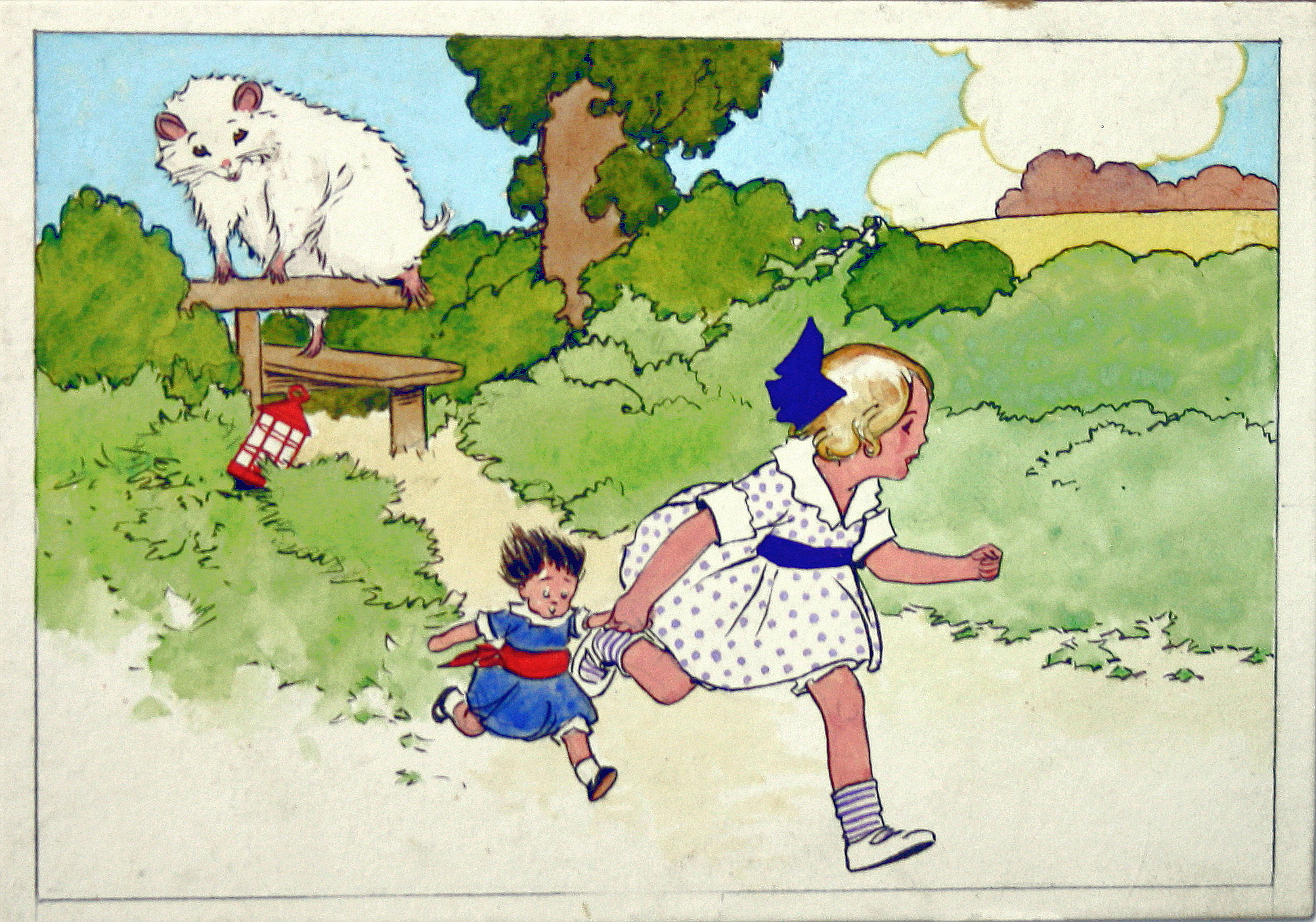 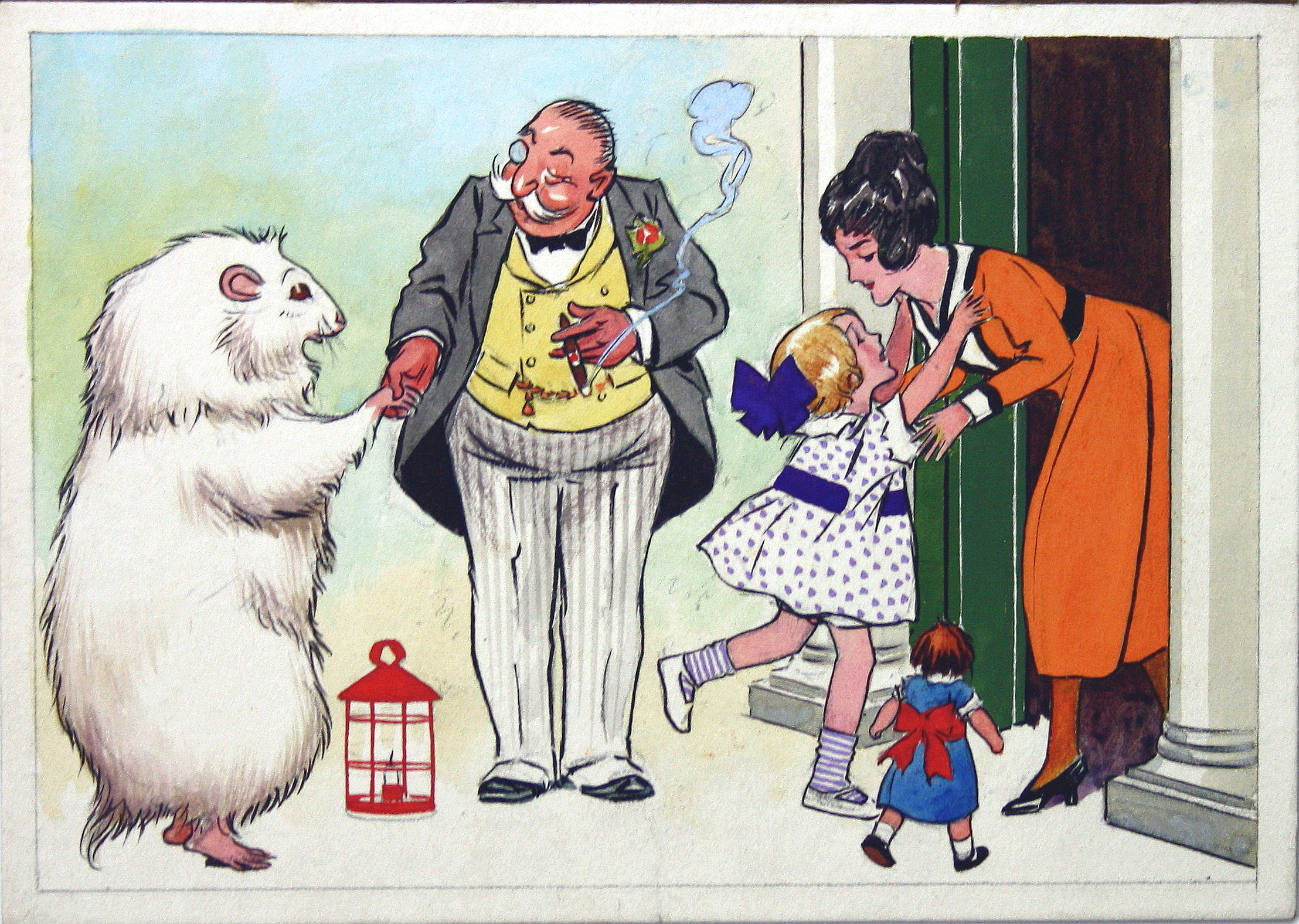 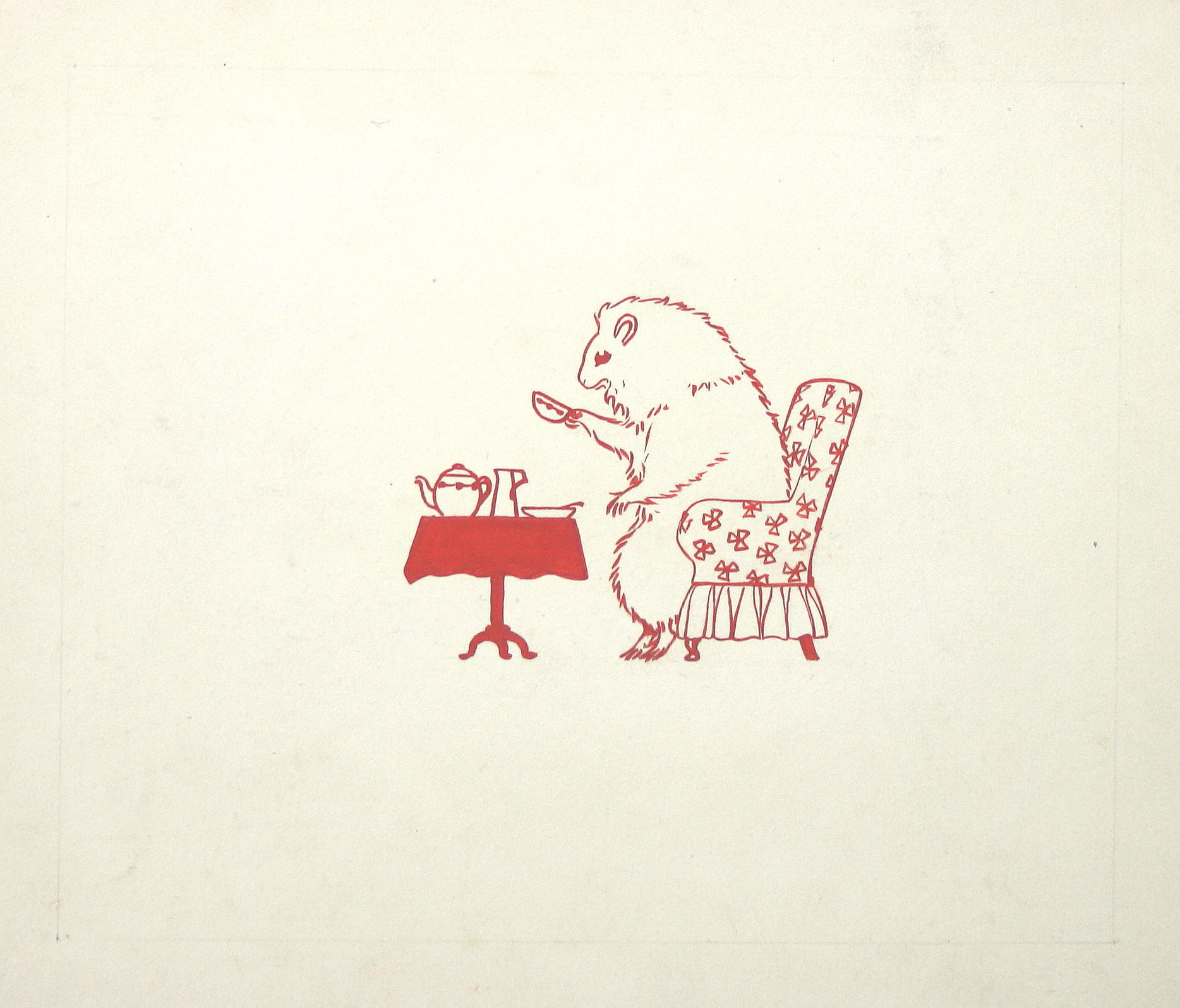