Napoleon stands on the coast of France concentrating the sun’s rays through a loupe onto the British Fleet, being annoyed about the fact that it has no more effect than if he were to throw snowballs at it. 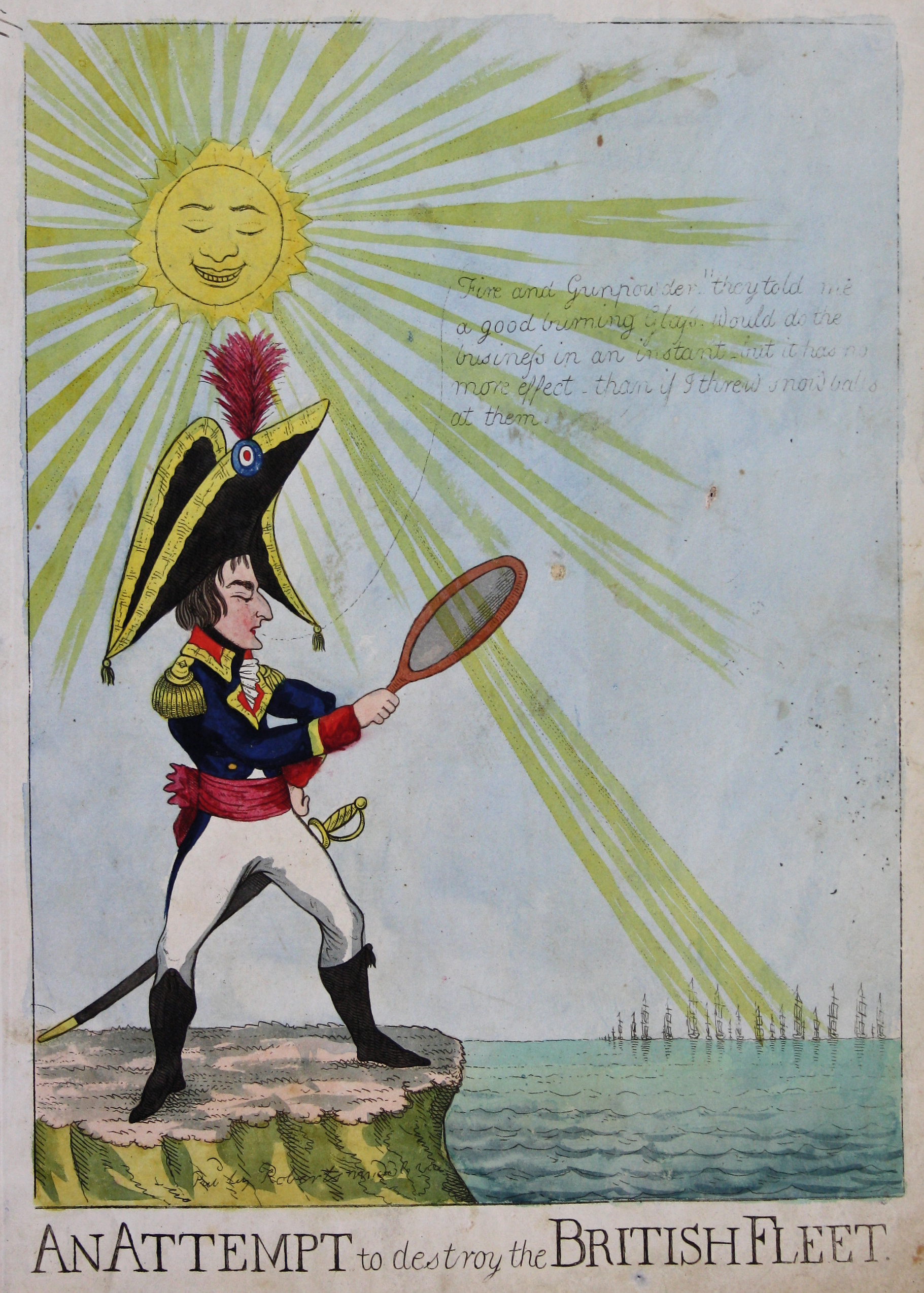