One of Becher’s main works

Rare first edition of Becher’s first major work. He discusses metallurgical problems on the basis of the four elements theory, and deals with the generation of metals and testing ores. „Becher is notable not only as the first suggester of a rational theory of combustion, but as a miner, metallurgist, technologist, and general projector. He was one of the first to propose a universal language, and invented ten thousand words for that purpose.“ (Brown). Becher was the first to state the Phlogiston theory in 1667, which was later put together more formally by Georg Ernst Stahl (1660-1734). Becher was also one of the most important German merkantilists. 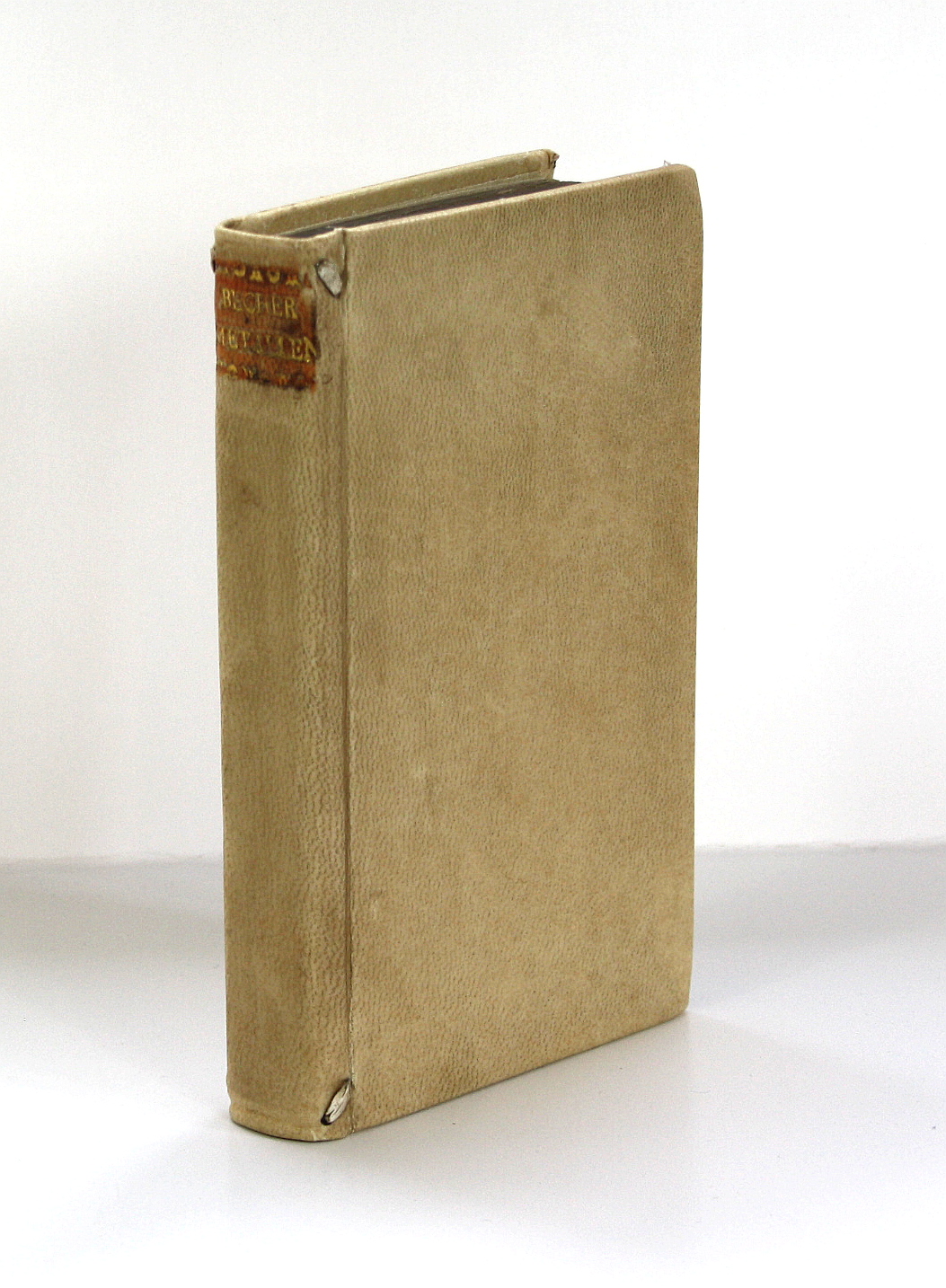 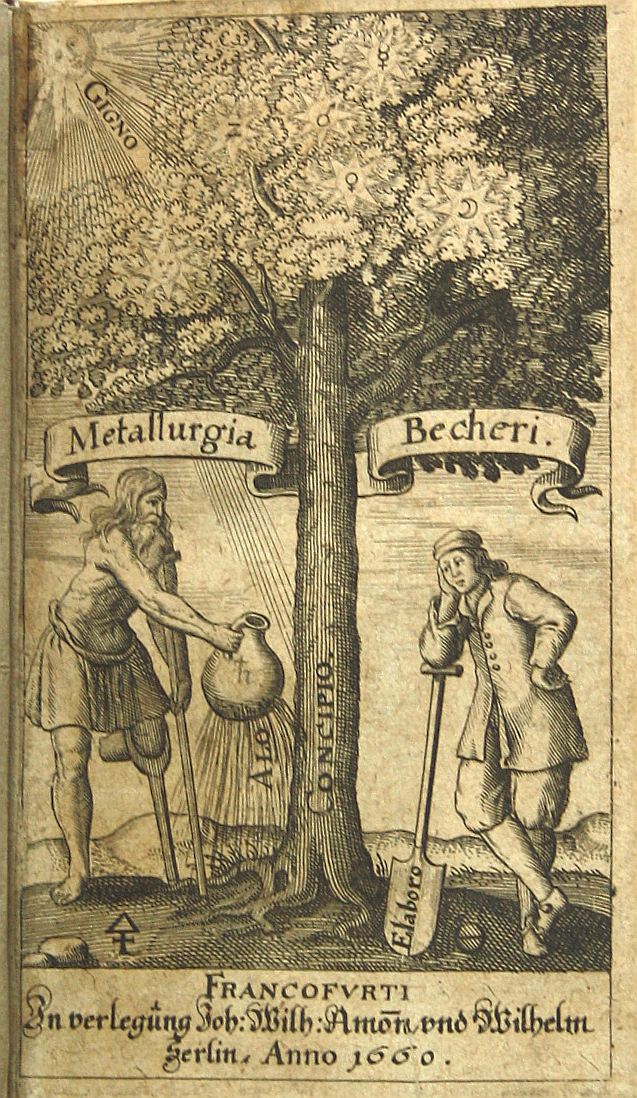 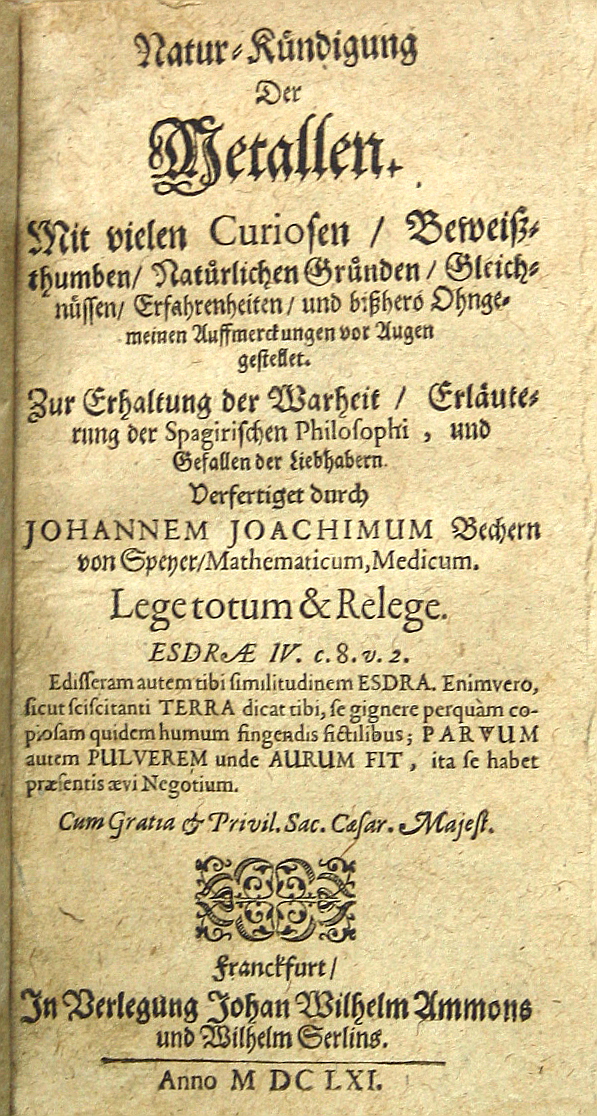