This very rare game is another example for the artistic finesse of the Bavarian cardmaker Andreas Benedikt Göbl (1714-1786). As for his famous Bavarian marriage tarot, the designs for the present twelve court cards are very detailed and delicate. All figures wear suits and robes richly decorated with many different ornaments. Each court card is furthermore decorated with Bavarian coats of arms. The king of hearts bears the „Freisingische Wappen“, indicating the tax stamp, the Jack of clubs bears the cardmaker’s name („Andreas Benedictus Cöbl“) and the King of diamonds the name of the city Munich („Minchen“). This Bavarian deck design by Göbl was later copied by various other German cardmakers. Even though the present game is not as famous as the Bavarian marriage tarot, it is much more rarer than this. 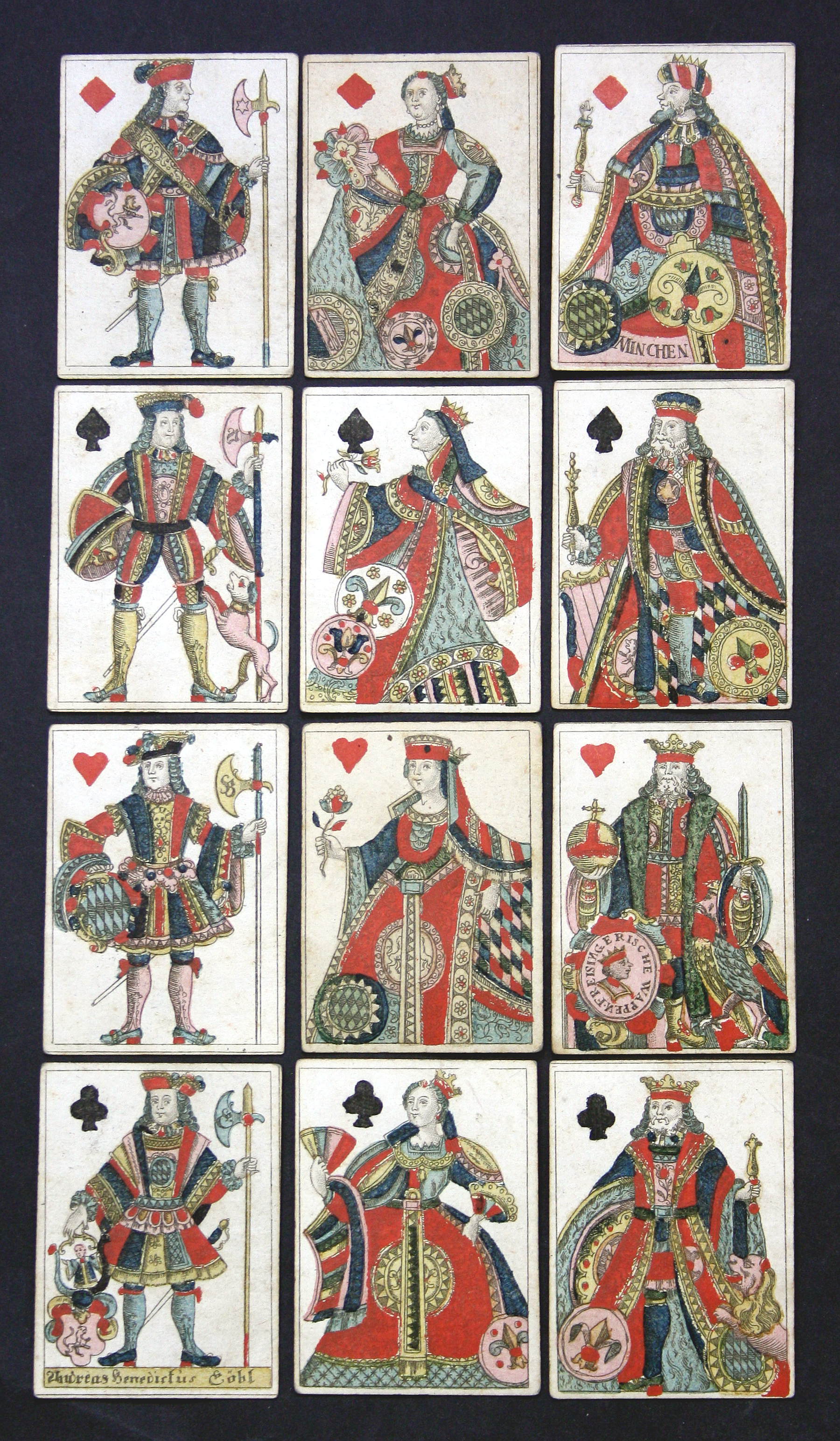