Contemporary half calf bindings [24 x 19 x 4 cm], gilted and labelled on the spine (the head and tail are partly restored, one of the volumes with a small missing fragment on the lower part of the spine). A few of leaves are slightly stained, otherwise in very good condition.

Armorial manuscript with 432 coats of arms drawings. 3 parts in 2 volumes. 154 of the coats of arms are in beautiful, vivid handcoloring and the rest usually enhanced with brown or black wash. A bit over 50 coats of arms are full pen drawings, the other ones are achieved by pen drawings over an engraved blank template. With 3 handwritten title pages signed by J. Heideloff. Each part ends with a register of its coats of arms. Usually on the back of the coats of arms (or on the page next to them), there are handwritten inscription with names and dates of the family’s increase in rank and often with notes on the colors and figures used on the coat of arms.

Joseph Heideloff was a painter, son of the court coat of arms painter Josef Heideloff (1718-1781). Enrolled in the Vienna Academy in 1771, he then worked as a heraldic painter at the Imperial Court until 1806.

This is an exquisite manuscript armorial from a renowned coat of arms court painter from the Holy Roman Empire.

Provenance: According to a typewritten addendum to the first volume, as well as to a handwritten note on the verso of the first leaf in the first volume, the volumes were purchased by Hans von Bouroy from Gilhofer in Vienna in 1953. Hans von Bourcy, (1895-1967) was a Viennese book antiquarian. From 1925 to 1936 he was editor of the yearbook Adler and at the same time the society’s librarian, to which he devoted all his work. His particular merit is the creation of a genealogical-heraldic card catalog and the timely preservation of the Adler library during the air raids of 1944/1945. Bourcy states that the volumes originally come from the Apponyi Library, initially put together in Vienna by Count Anton Georg Apponyi and now preserved in the family’s castle in Oponice, Slovakia. 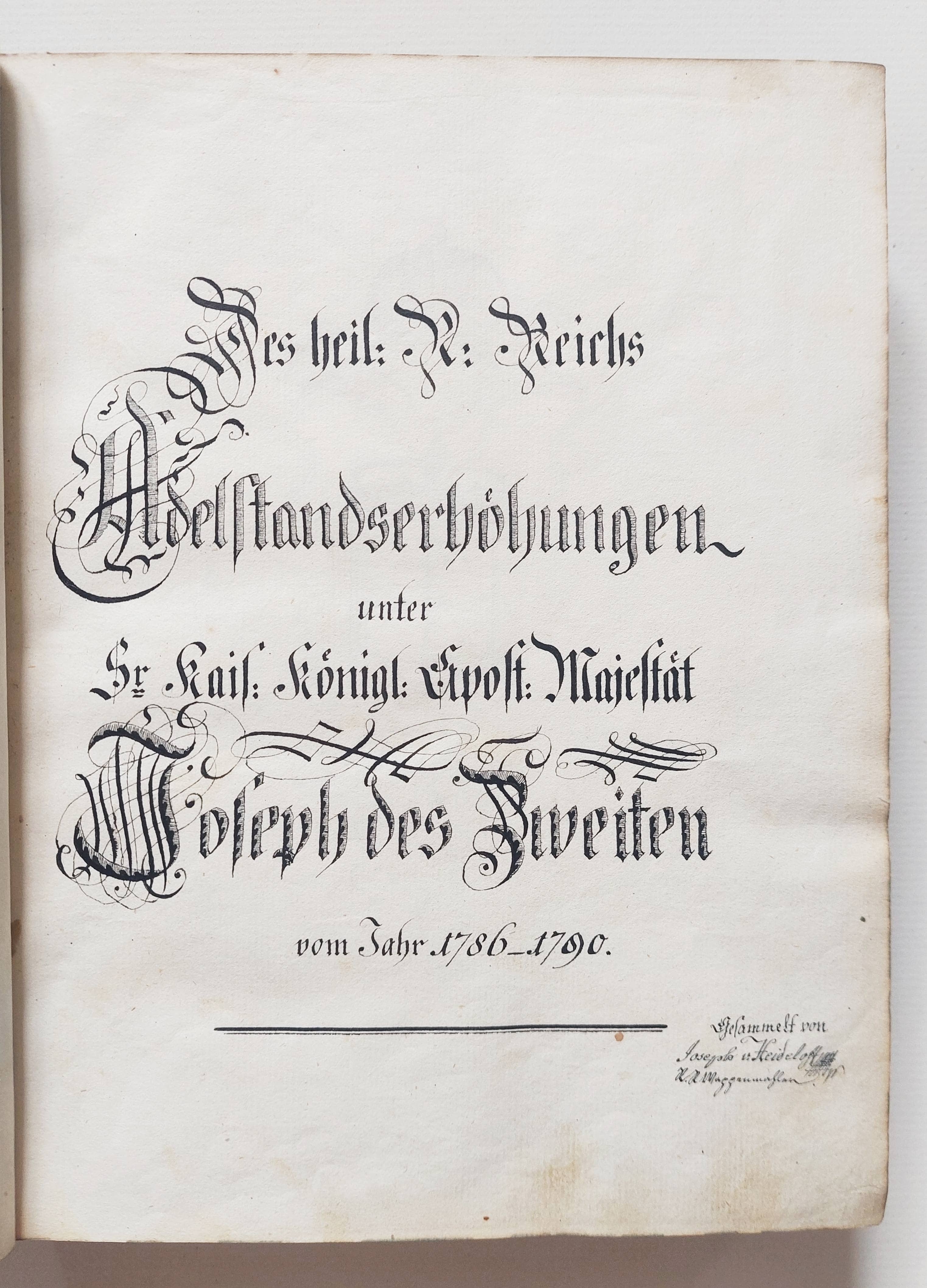 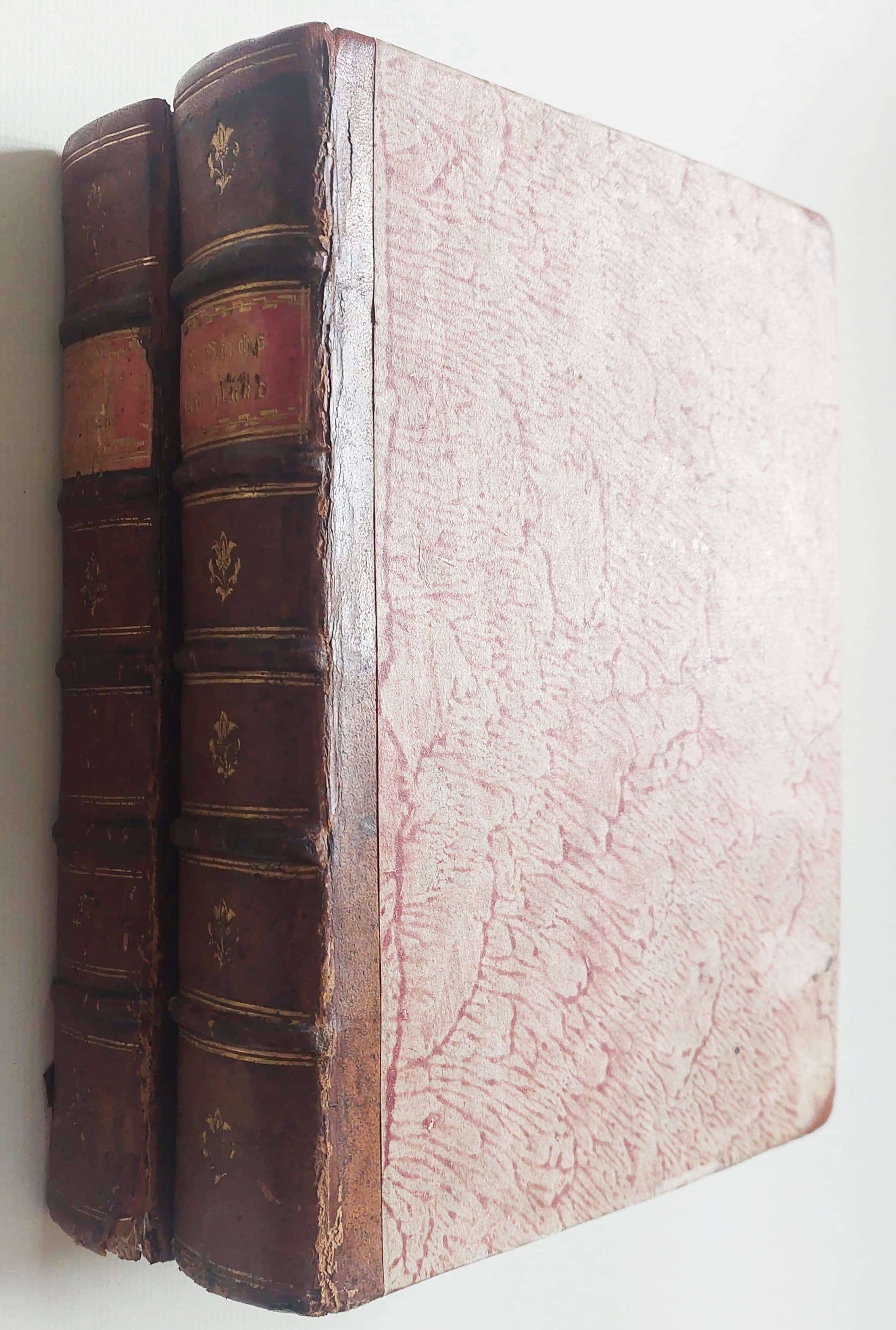 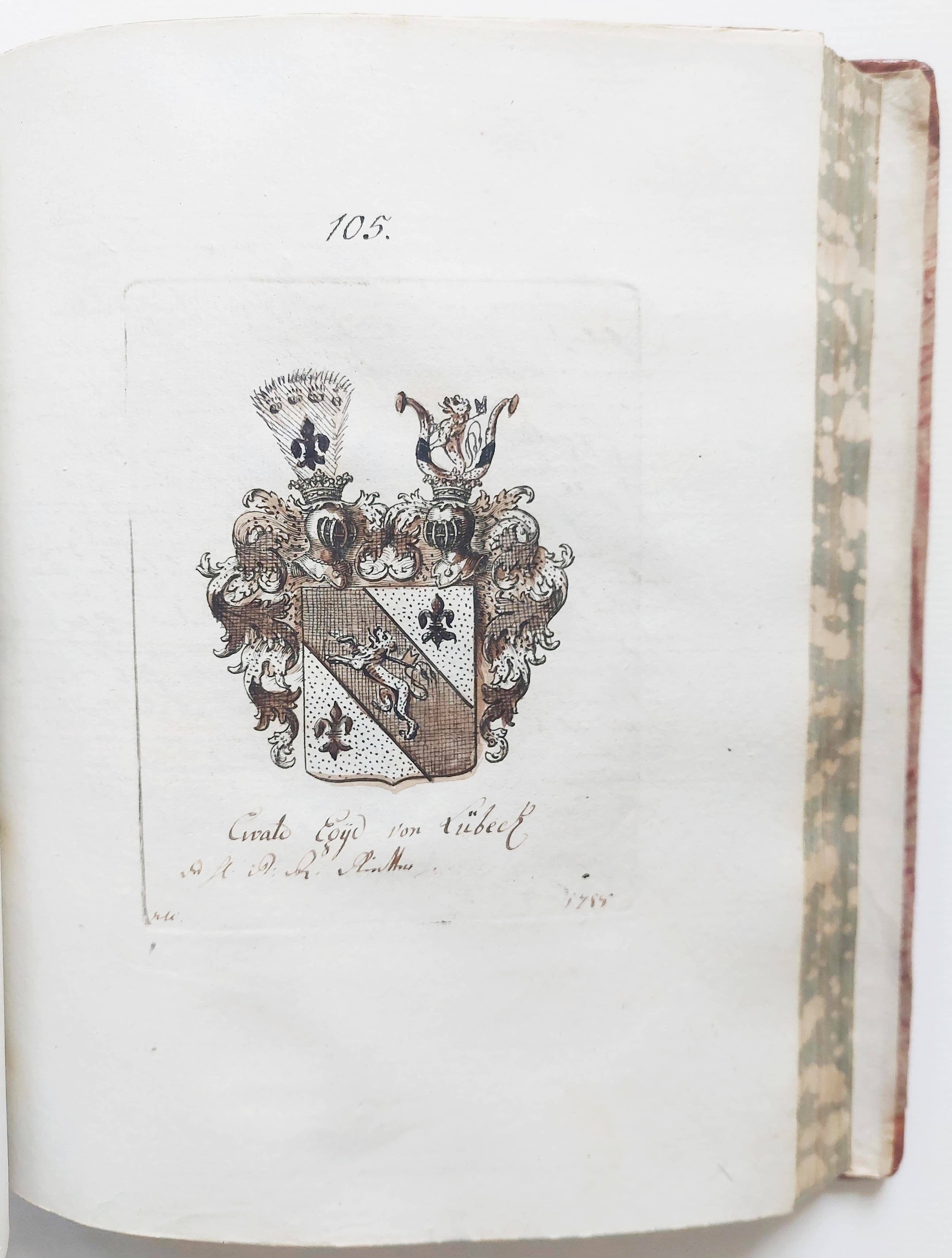 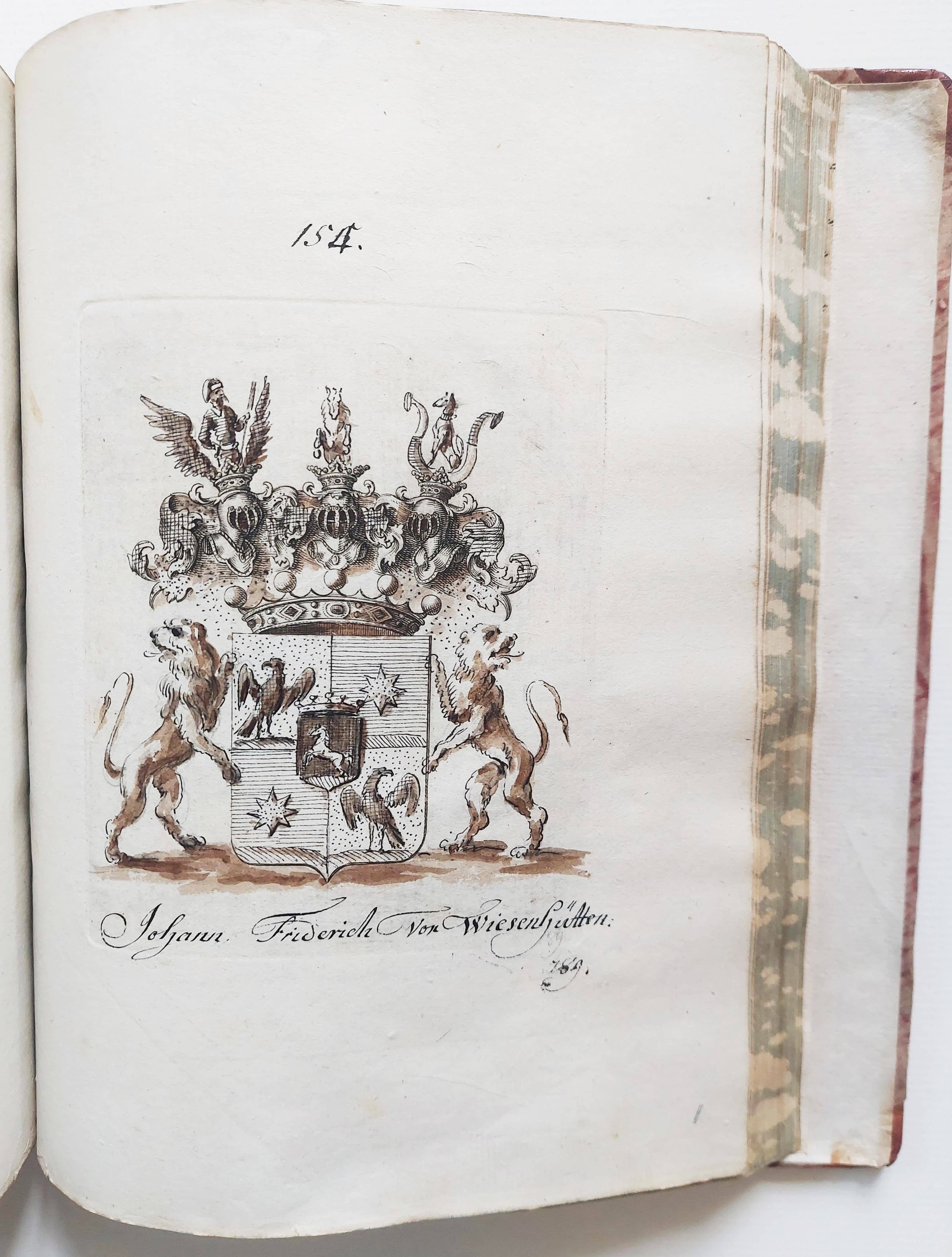 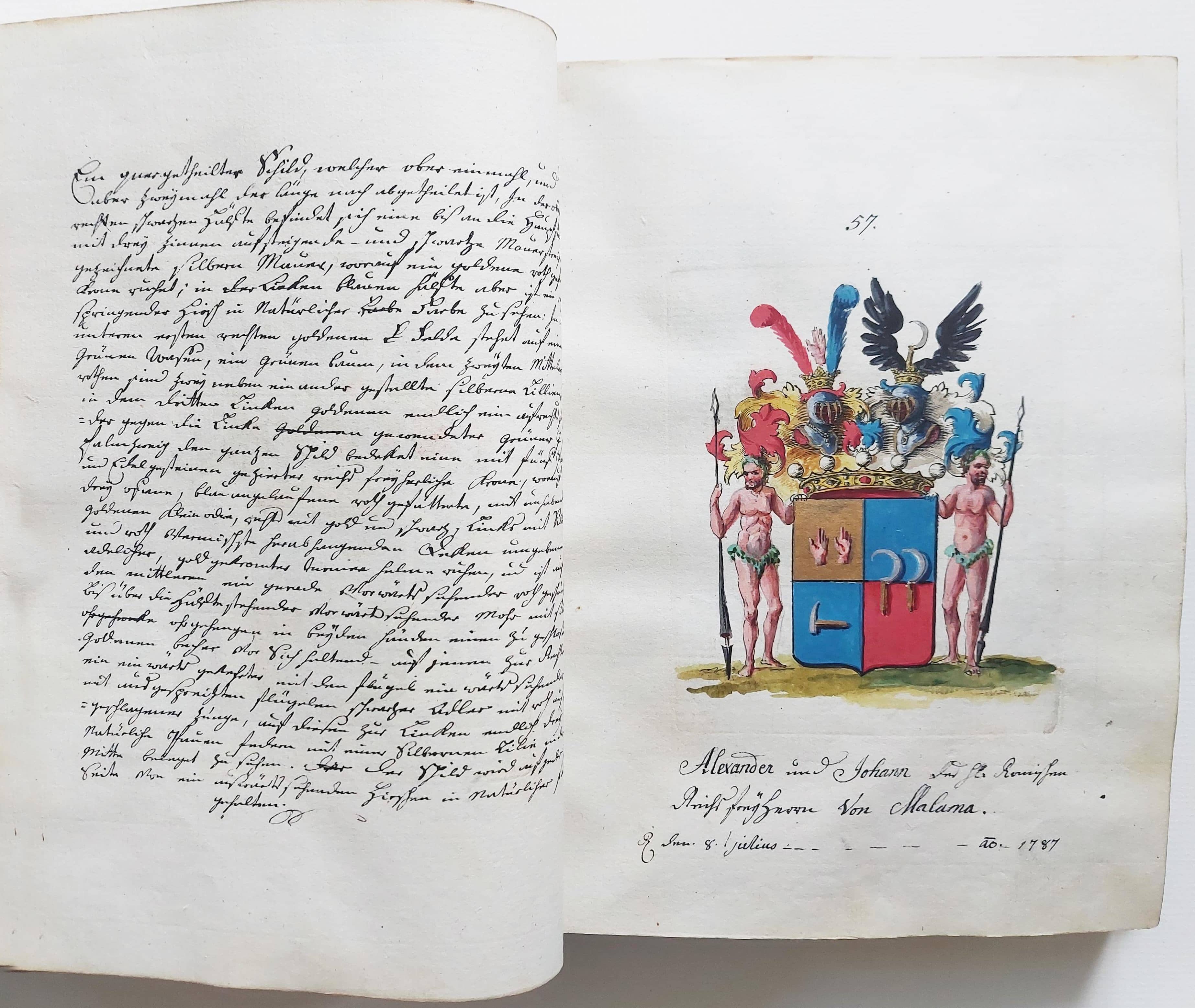 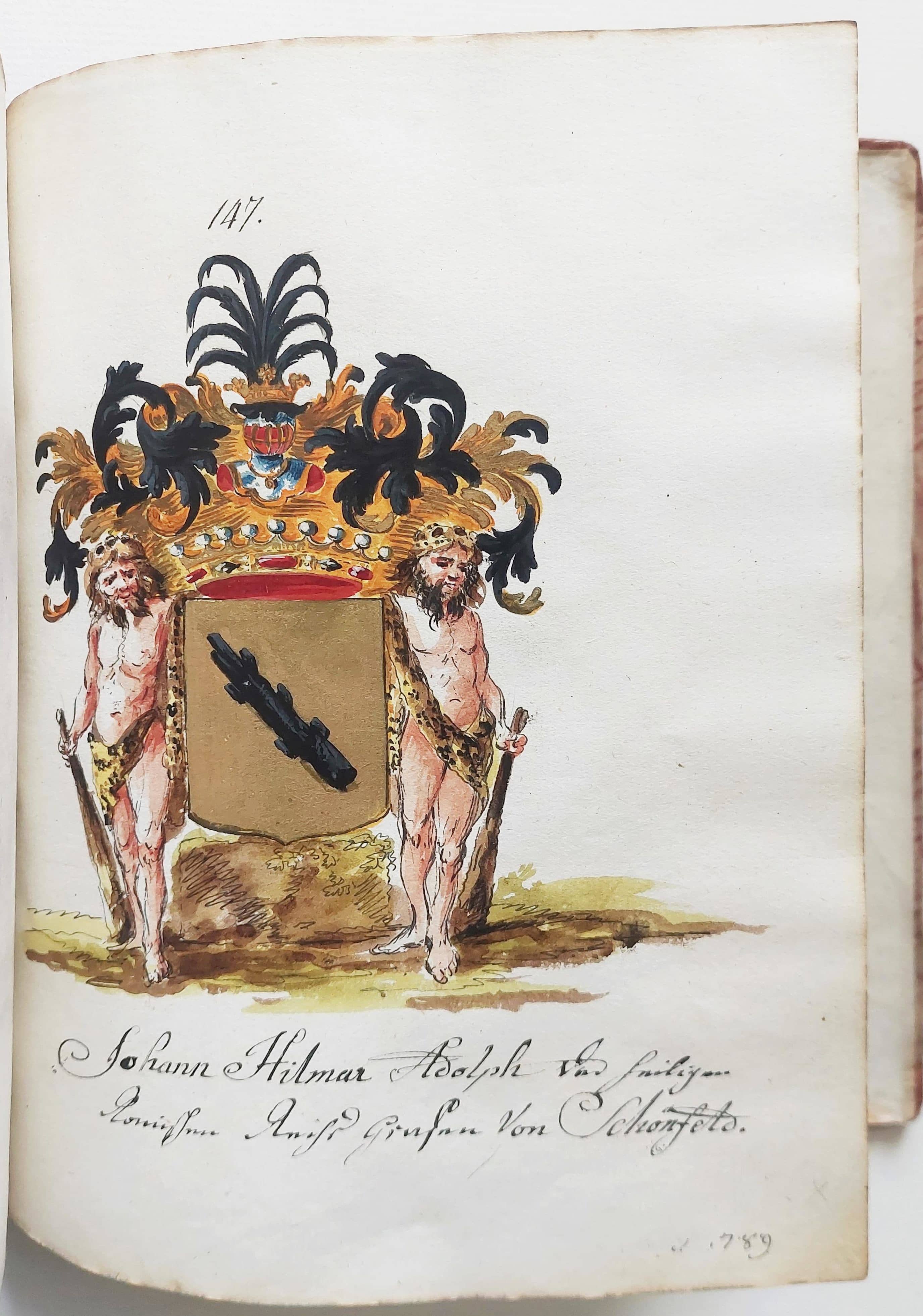