Some of the rules listed at the center of the game are:

As in all games of goose, if a player lands on these spaces, they are allowed to move again, according to the number on the dice. 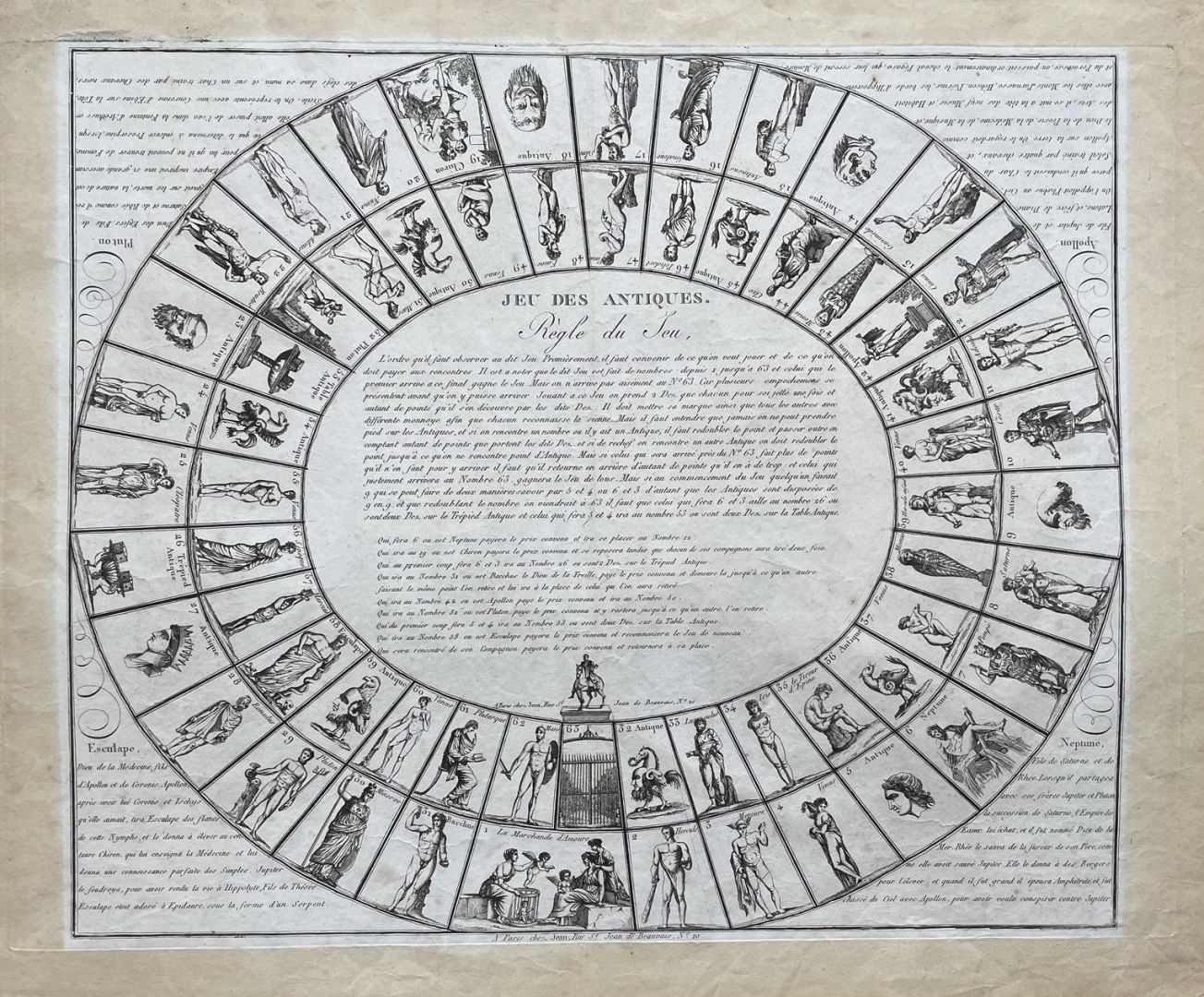