Very rare reduced version of the French caricature with the same title. which appeared one week after Napoleon’s exile to Elba. Napoleon walks on a bed of thorns, and one of his wings has fallen to the ground. The map of France is torn, scrolls named with lost battles lying on the ground, and the posters on the wall advertise theatrical productions about his downfall. 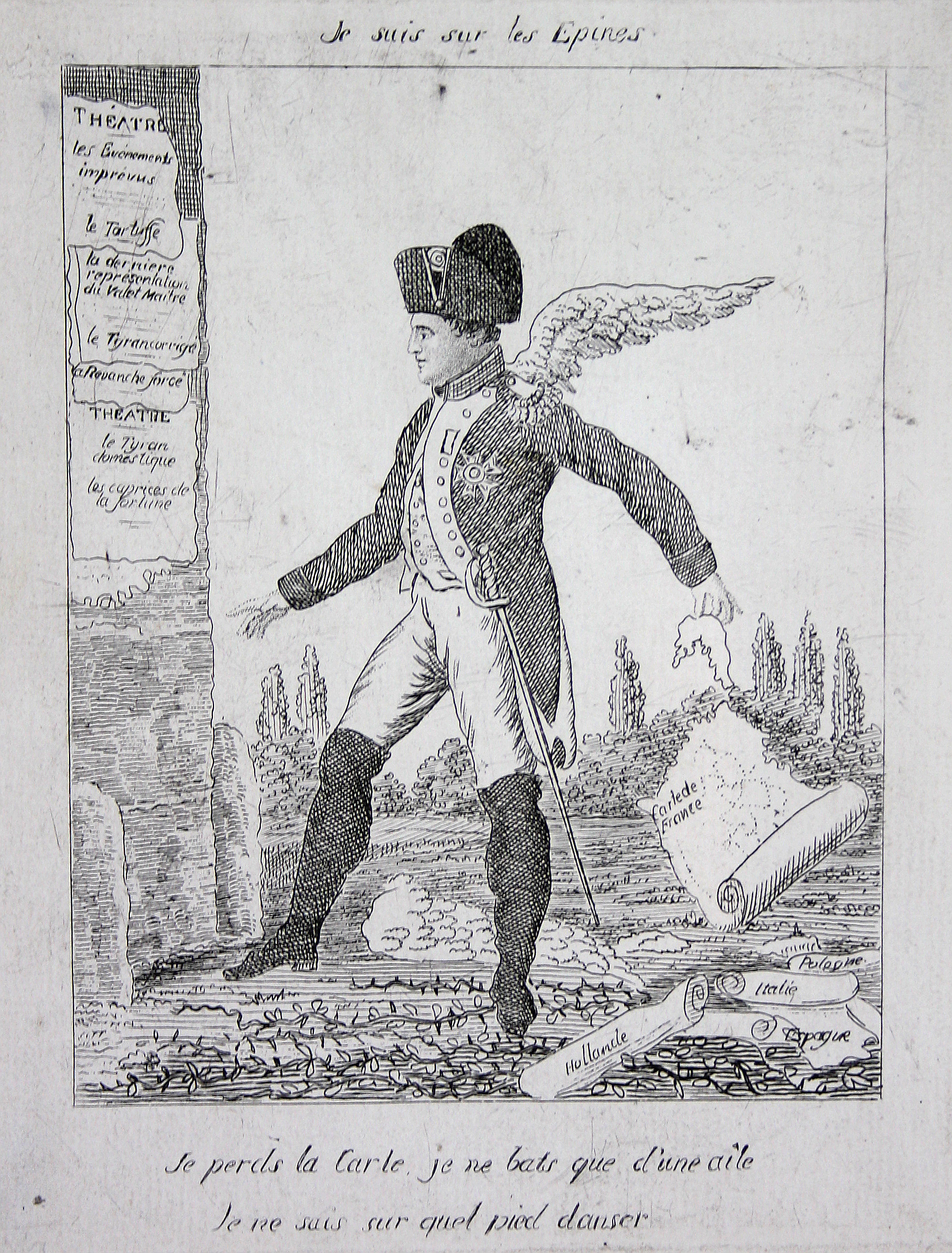