Napoleon attempts to erase his crimes from a scroll held on one side by a kneeling devil, and on the other by himself. The scroll lists Napoleon’s crimes that apparently have earned him a place in Hell. Among them are „D’Engheim,“ „Espagne,“ „Moscou,“ and „Leipsic.“ Behind Napoleon and the devil, Jean-Baptiste Kleber rises from behind a pyramidal tomb. Kleber cries for vengeance with a dagger in his chest. The caricature places the responsibility of Klebers death on Napoleon. 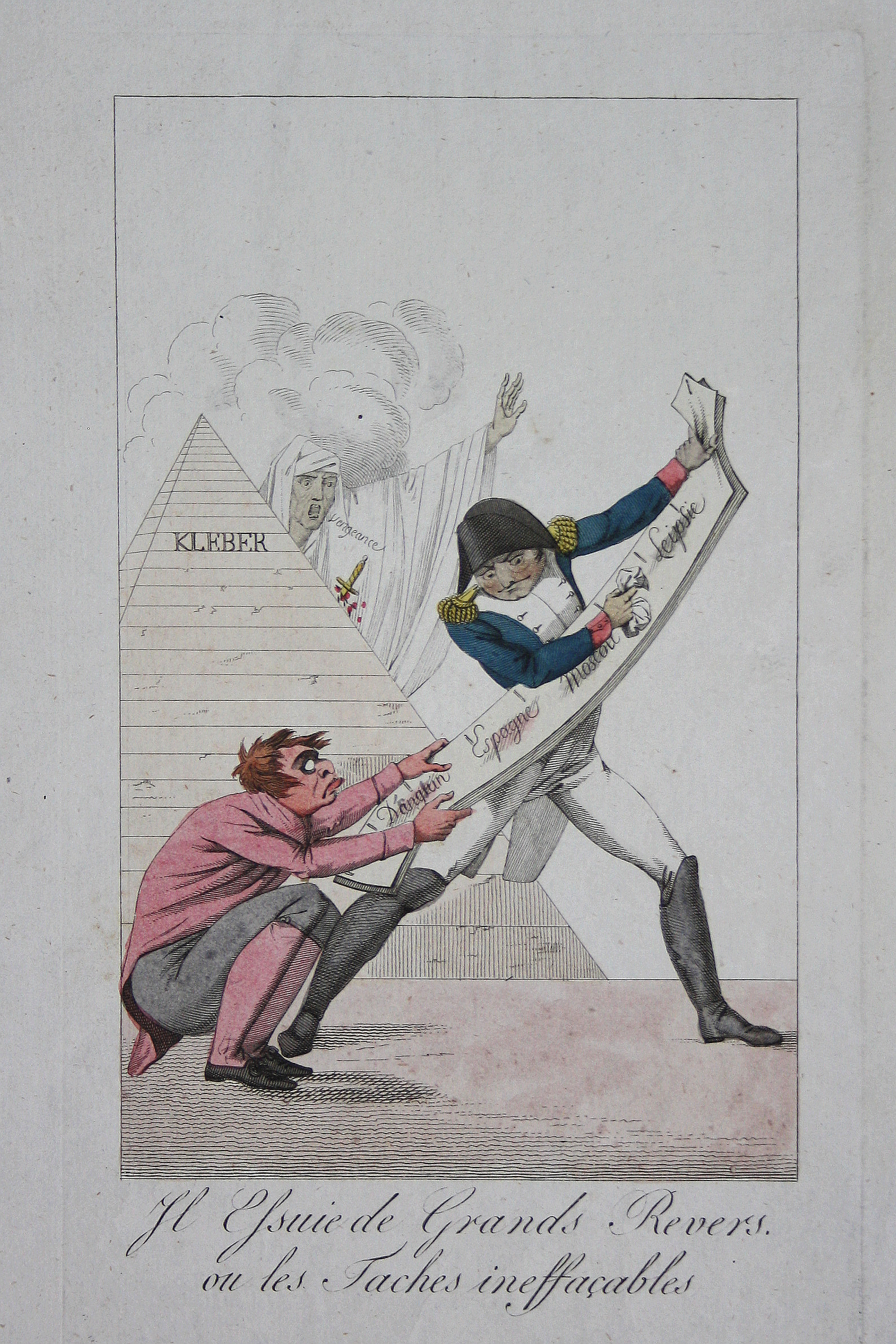