Napoleon finds ‚Leipzig‘ a hard nut to crack. The Battle of Leipzig (or Battle of Nations) was fought from 16 to 19 October 1813. It involved 600.000 soldiers. It was probably the largest battle in history prior to World War I. The French army of Napoleon was defeated by the coalition armies of Russia, Prussia, Austria, and Sweden. „One of the cleverest ideas in the history of German Napoleon cartoons.“ (Arenenberg) 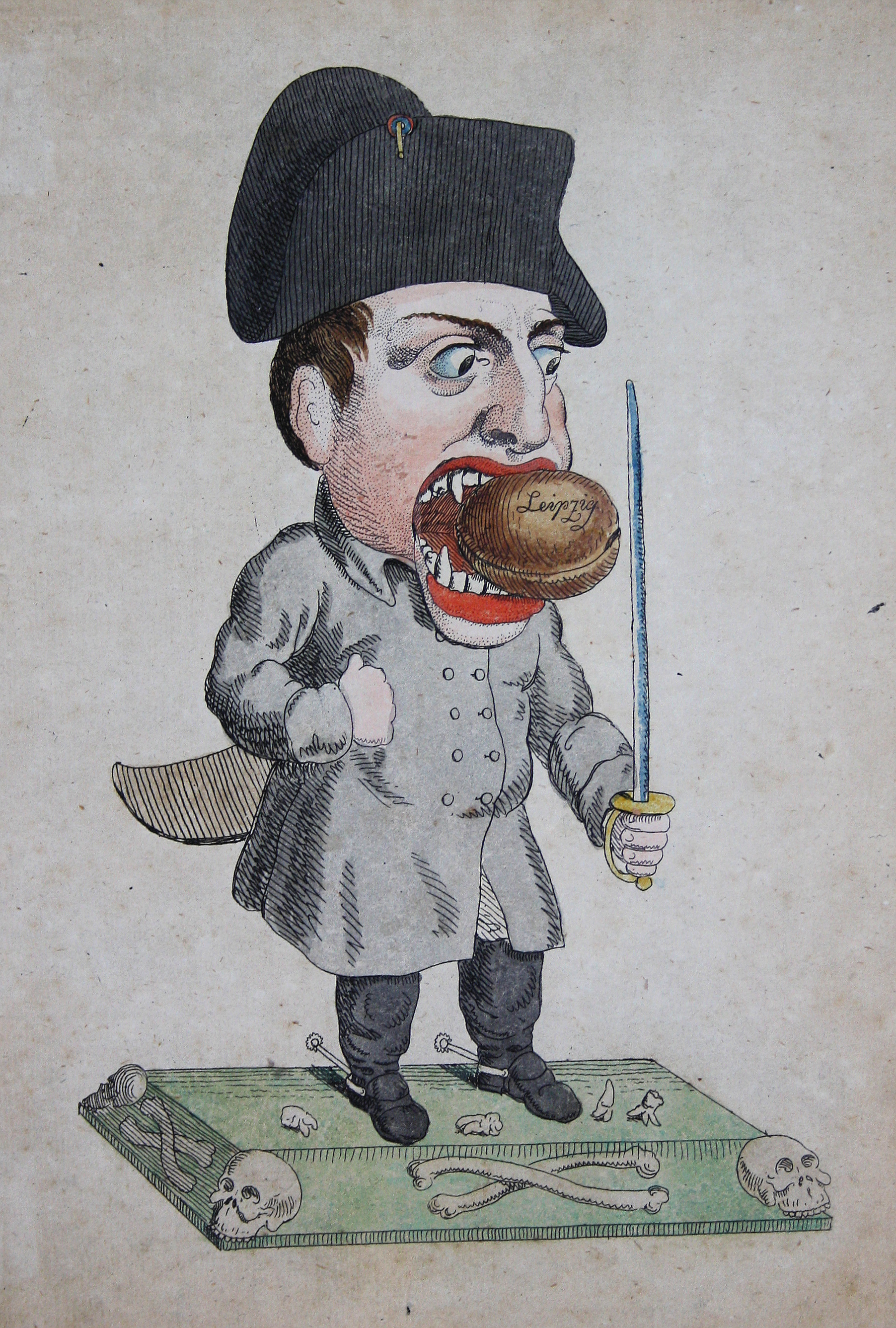