Napoleon sitting on a low stool, blowing bubbles for his son, who already wears the uniform of a general and raises his arms in delight. In the bubbles displaying the names of conquered territories, such as Pologne, Espagne, Italie, Hollande and Suisse. The bowl of suds has tipped over, making further conquests impossible. It exists a German version of this caricature as well as another French version titled: ‚Autant en emporte le vent‘. 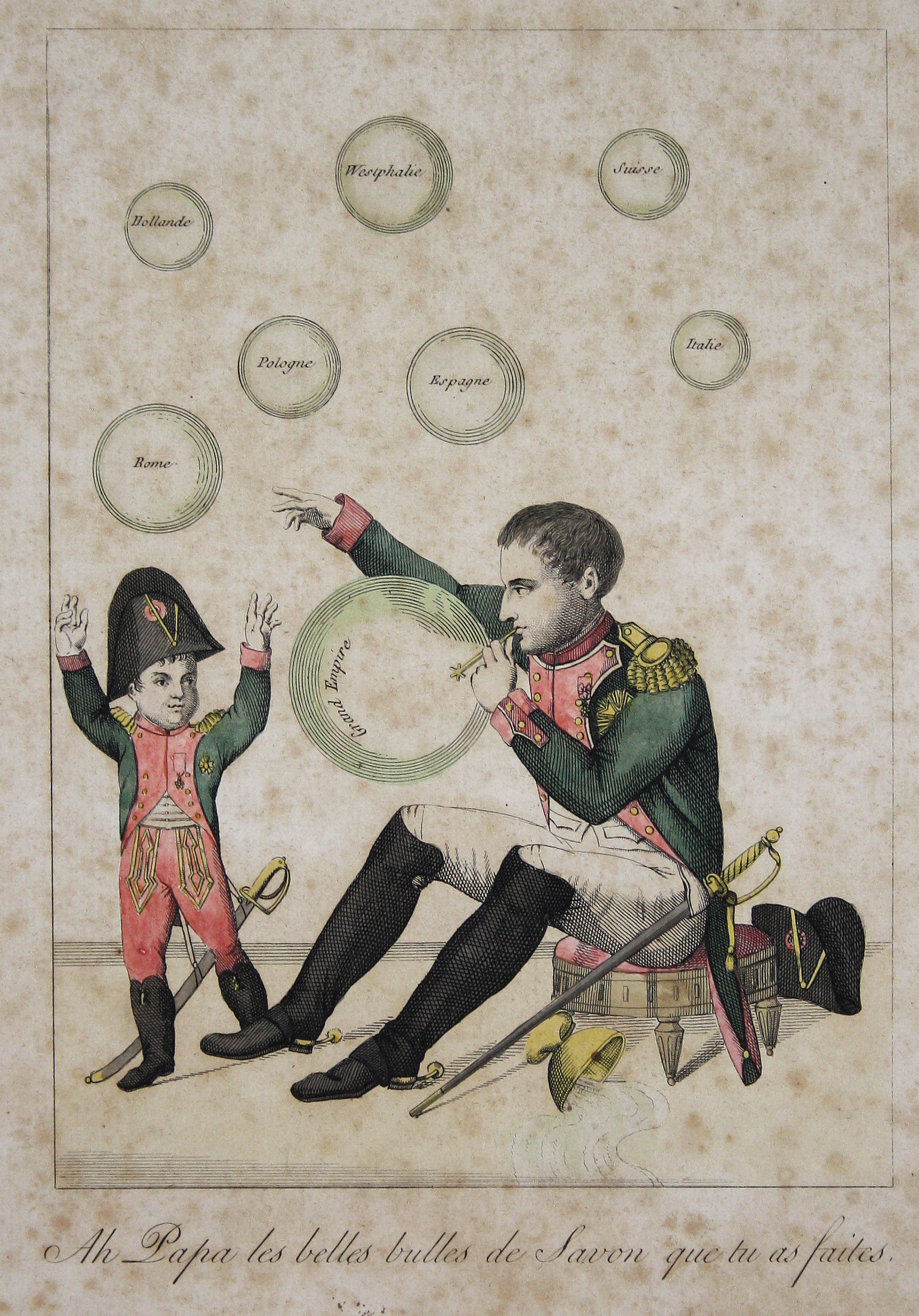