Some pages with faint waterstain; otherwise in very good condition.

Only edition of this very rare treatise on alchemy. The book is written, like catechisms, in the form of questions followed by answers. „The Vorbericht is signed ‚Der Autor Chyguliemist,‘ which is obviously an anagram for ‚Jugel, Chymist'“ (Ferguson).

Jugel (1707-1786) was born somewhere in Upper Lusatia, a historical region in Germany and Poland. Little is known of his life. In 1742 he became Prussian ‚Bergdirektor‘. After his retirement in 1771 he moved to Berlin where he became a Rosicrucian. He is the author of several books on mining, chemistry and alchemy. – With the exlibris of Johann Baptist Graf Orlik Freiherr von Lazischka. 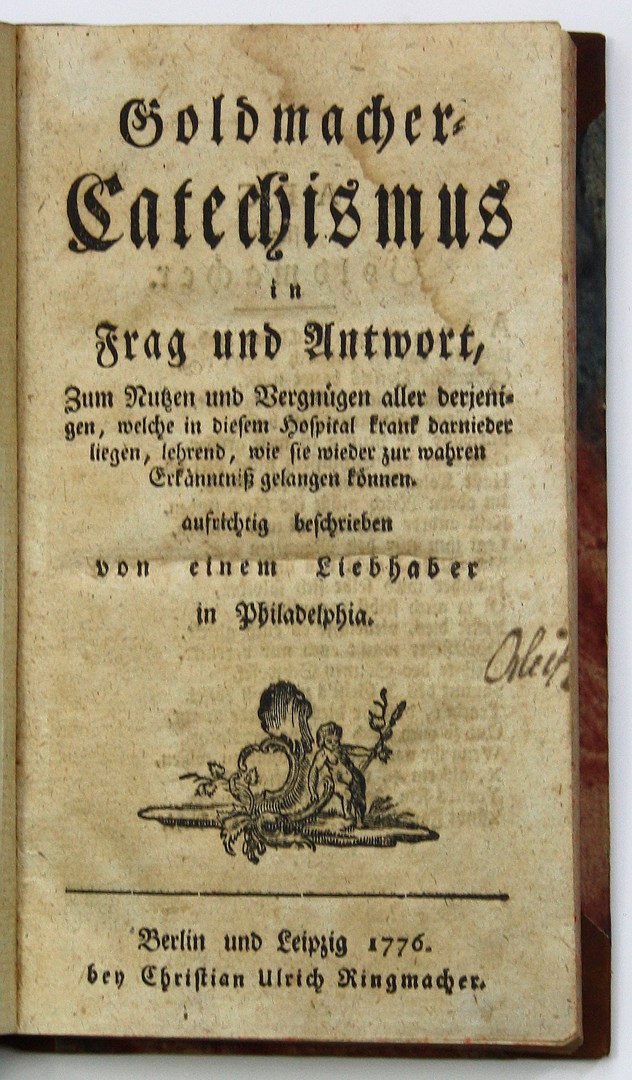