The railroad game, which became popular in 19th century France, is a variant of the jeu de l’oie, the aim being to arrive first to the „finish line“ – in this case the railroad – and to avoid different obstacles along the way. The game is a multiplayer games, it is played with the help of counters and 2 dice and players advance according to the sum of their dice. If one arrives on certain space of the track, particular directions are given: to return to the first space, to the beginning of the track, to pay a certain amount of money, to move back or forward a certain number of spaces, etc.

In the case of this game, the rules are written in both German and French, under the spiral track. The spaces are decorated with various motifs, most of them related to trains: train conductors, railroad bridges and passages, scenes from inside the train. There are 36 spaces and the aim is to reach the one in the middle of the board game, where a large railroad is depicted. The player who arrives there first, cashes all the money in the bank and wins the game. 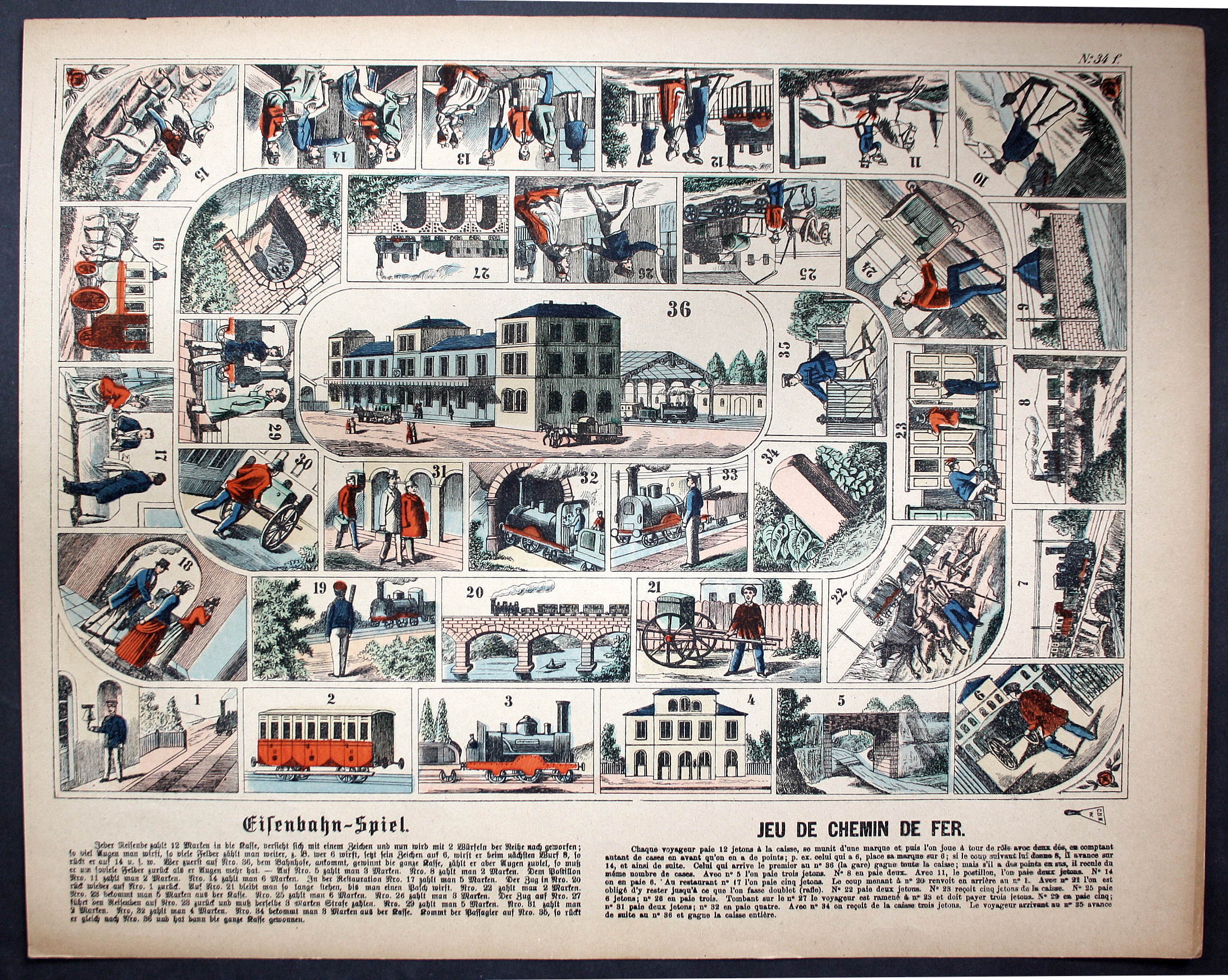