Rene Vincent, also known under the pseudonym Rageot, was a French artist belonging to the Art Deco movement. He is perhaps best known for his advertising posters, especially those designed for various car brands such as Bugatti or Peugeot. However, he has also made valuable contributions to Parisian and American magazines in the form of fashion illustrations.

The present drawing was made for the cover of a popular French magazine, La Vie Parisienne, for the issue published in February 1918. During the war, the magazine also gained popularity through its reputation as an quasi-erotic magazine, whose illustrations were meant to motivate soldiers fighting on the fronts. Most of the covers of the magazine depicted a fashionably-dressed, elegant, woman, seductive in appearance, together with some particular reference to the war. This particular original illustration portrays an attractive woman, lying in her bed, dressed in night undergarments, talking to two angels who appeared by the bedside. Unter the title of the drawing – „Une Histoire de Revenant“ – the following text is written: „-Vous savez, mes petits: il cera ici ce soir. Il a une permission de huit jours!“ („You know, my little ones, he will be here tonight. He has an eight-day leave“, n.a.), an obvious reference to awaiting a lover who is fighting on the fronts of WWI.

The particular imporance of this artwork relies in the fact that it is not only an original-drawing, but that even the printed reproductions of the magazine’s cover are very rare themselves, since the magazine was banned in countries such as Belgium, for instance, and reading it was often frowned-upon due to its potentially indecent content.

Bibliography: Langley, A.; Gracier, A. – La Vie Parisienne: A Naughty French Magazine. The Great War in a Different Light: Accounts and Galleries from Great War Books and Magazines, 2005 (online). 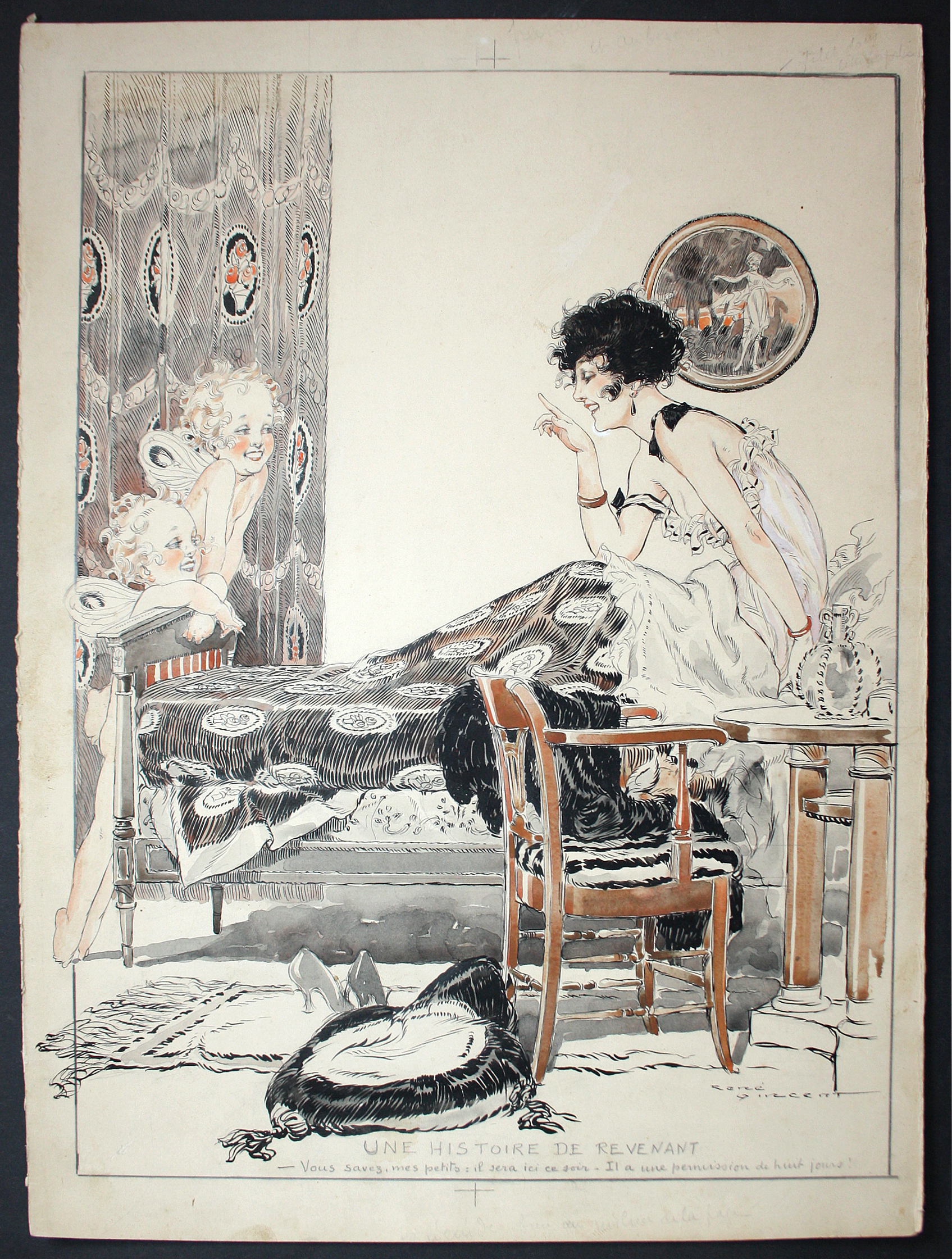