Wybrand Hendriks (1744-1831) was a Dutch painter who became known for his portraits of fellow Haarlem masters, as well for painting on commision, in the style of various old masters. This drawing depicts a worker, shown looking to his left, sitting at a table and doing some sort of handwork. The manner in which the worker is dressed, as well as his appearance are very similar to the shoemaker in Hendriks‘ later oil-painting, „Schumacher bei der Arbeit“, found in the art collection of the Hamburg Museum. It may be that this constitutes a preliminary sketch for the later painting. From the way he is dressed, we can safely assume that this man was not one of Hendriks‘ fellow contemporary painters – whom he was known to paint portraits of – , but rather an unknown worker. There are a few original paintings and drawings of Hendriks‘ that depict workers or common people in everyday domestic scenes, which probably indicates an interest on his part towards these subjects.
Not a lot of artwork from W. Hendriks was present in recent auctions, and most of the items sold are copies of other famous painting. Sketches are rare on the market. 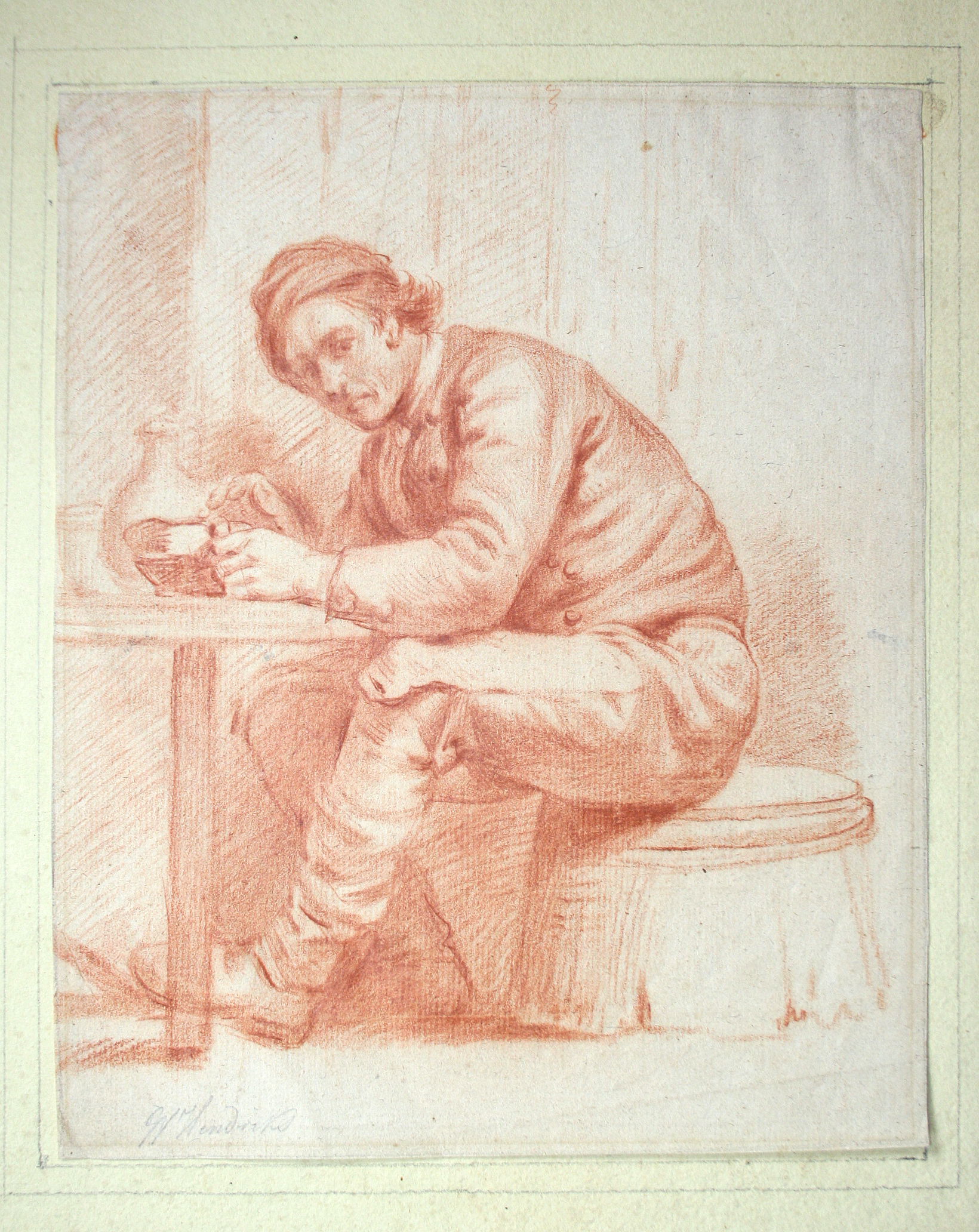