Startseite/Galerie, Gallery/Manuscript of J. N. Vallot’s Natural Science lecture and a catalogue of drawings of the molluscs in the department of Cote d’Or

Manuscript of J. N. Vallot’s Natural Science lecture and a catalogue of drawings of the molluscs in the department of Cote d’Or

Unique handwritten transcript of the very rare lecture on natural science by J. N. Vallot, originally printed by the Ecole Centrale de Dijon, only in a few copies, in 2 editions: 1799 and 1801, with slightly different content.
Jean-Nicolas Vallot (1771-1860) was a French scientist who specialized in entomology and malacology. He taught natural history in Dijon in the last decade of the 18th century.

This work was never meant to be released publicly. His lecture was meant to be published for the sole use of his students (fact proven by the differences in course material between the 1799 and the 1801 edition, as well as by the list of students included in the 1801 edition, which were probably the ones who needed to sit an exam on this particular subject)

These Ecoles Centrales, such as was the one Vallot taught in, were in place for a short period of time, between 1795 and 1802. Once they were closed, the content of their libraries was transferred to municipal libraries, which explains how Vallot’s lecture notes survived.

The unique feature of this present manuscript is that it is accompanied by drawings of various species of molluscs, which were not known before. The book is opened by a dedication where it is explained this book is a handwritten transcript of Vallot’s lecture notes from 1801, done by L. Marchant, who also added the drawings which he allegedly received from Philbert Vallot, J.N. Vallot’s son. None of the drawings, apart from one, are signed. The third drawing is signed „Andrieu Mathieu“ (1798). Another drawing which is in contrast with the rest of the drawings is the second one, which is mounted on paper with the notice that it was made after a drawings by French naturalist André Étienne d’Audebert de Férussac in 1809. This one, together with the third one, are made on different type of paper and in a different style, so we can assume they can be attributted to another author as the others. The other drawings, constant in style, were probably the work of Vallot himself – L. Marchant assumes they were meant to belong to another complete, more detailed history of the molluscs in the departement of Cote d’Or. They might as well have been meant as studying material for Vallot’s students.

This work was probably copied due to its scarcity and most likely commissioned by Vallot’s son.

We were able to locate 3 copies of the printed edition: one in Cornell University, one in the NHM Library London and one in the library in Dijon. 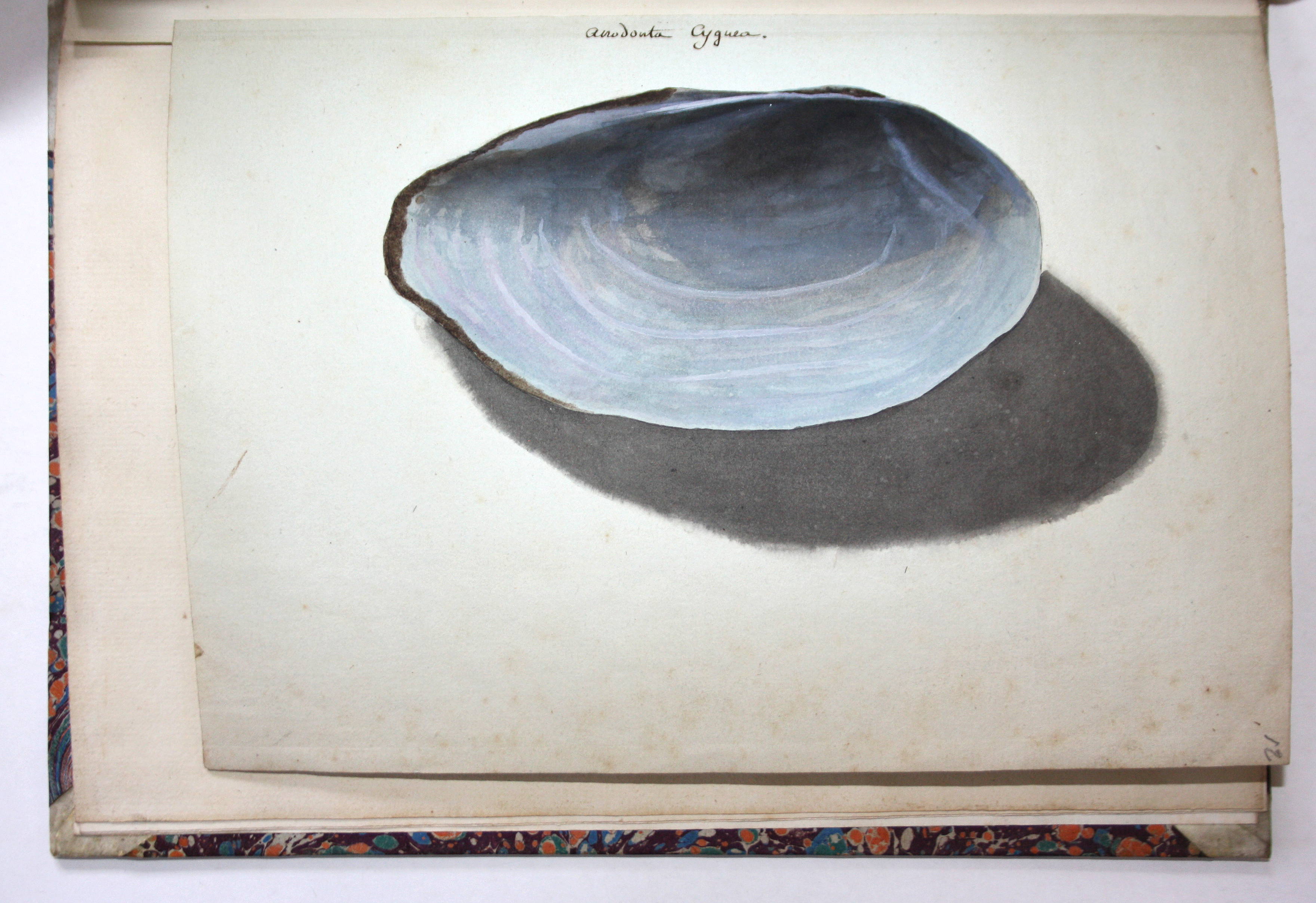 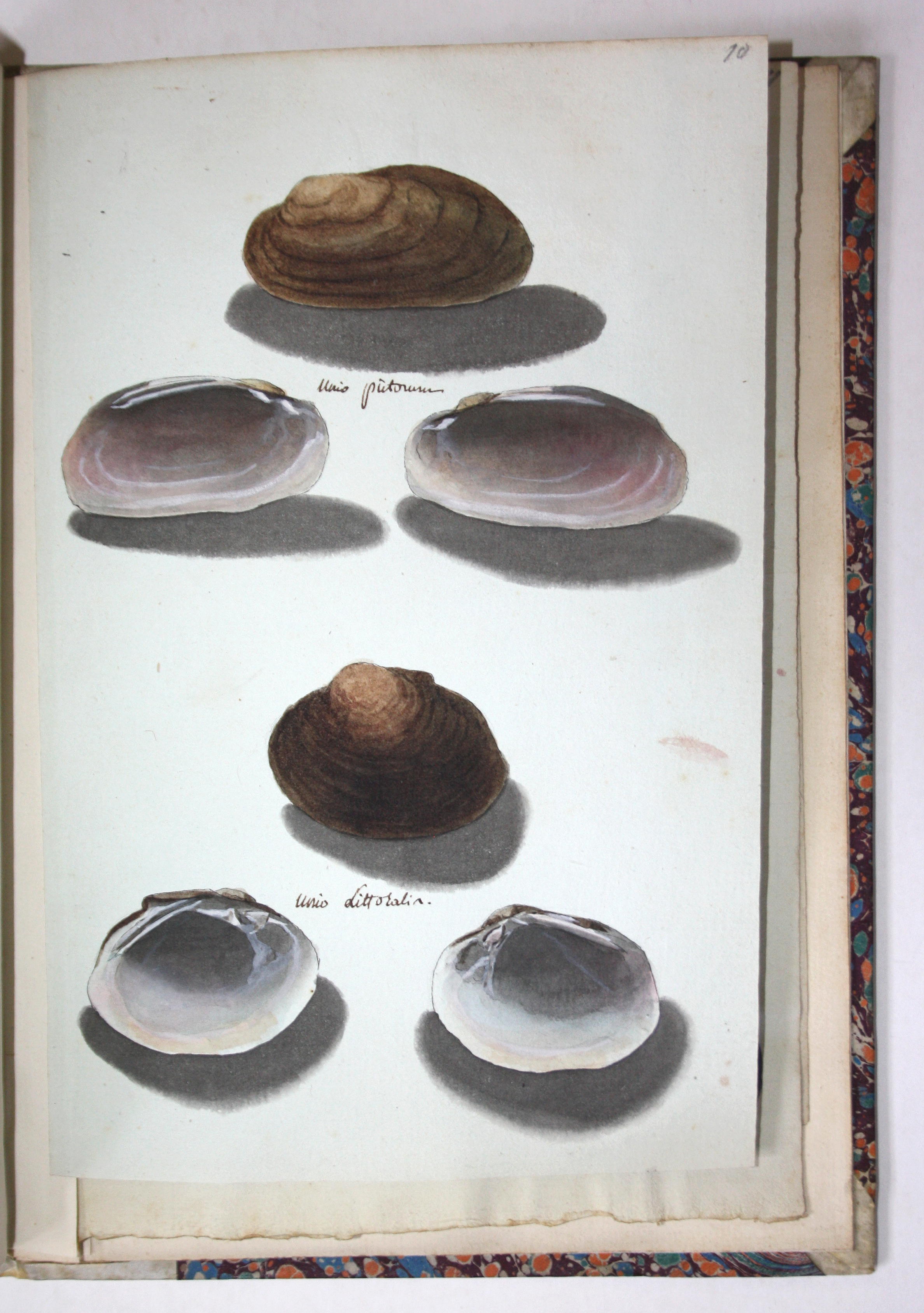 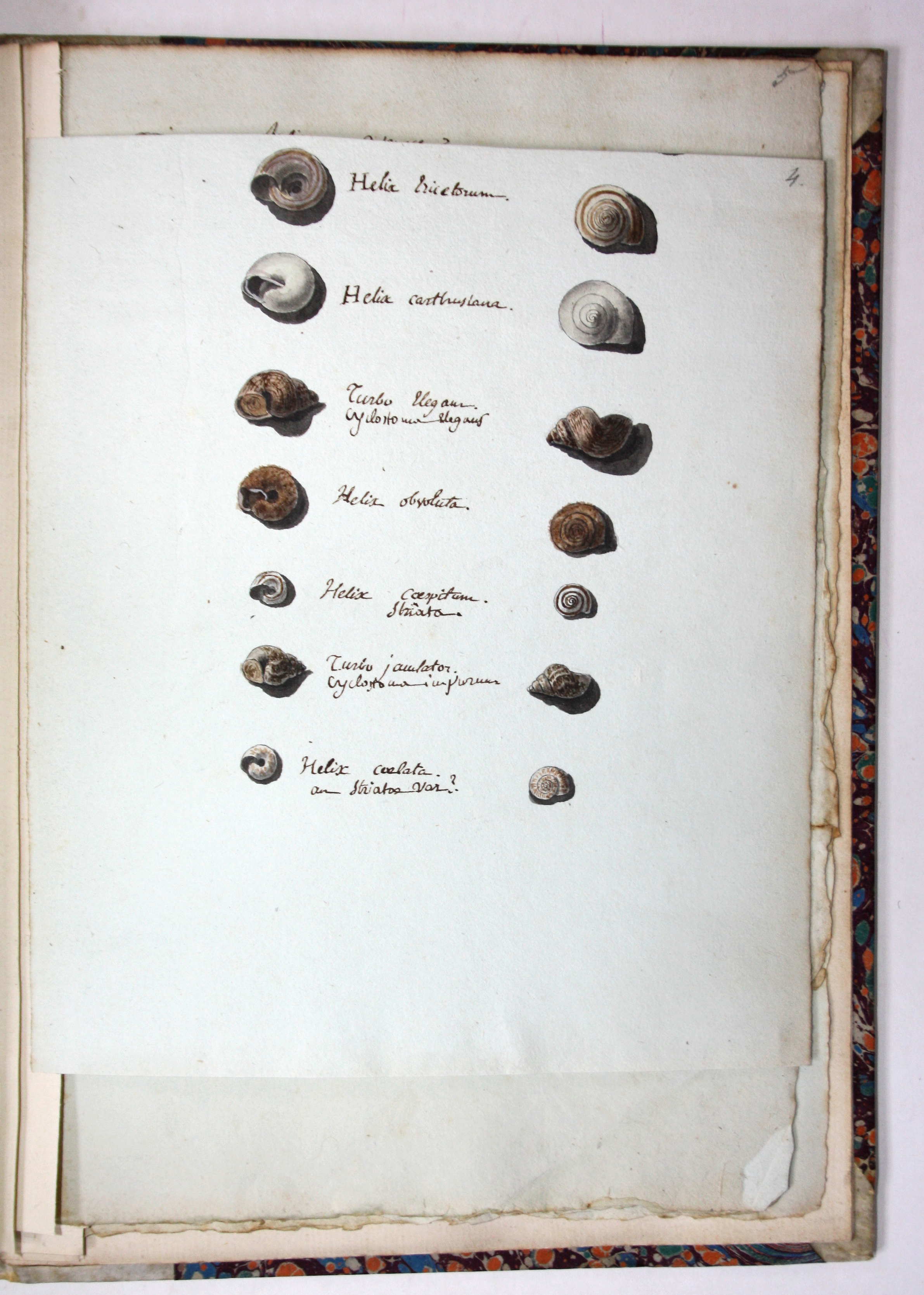 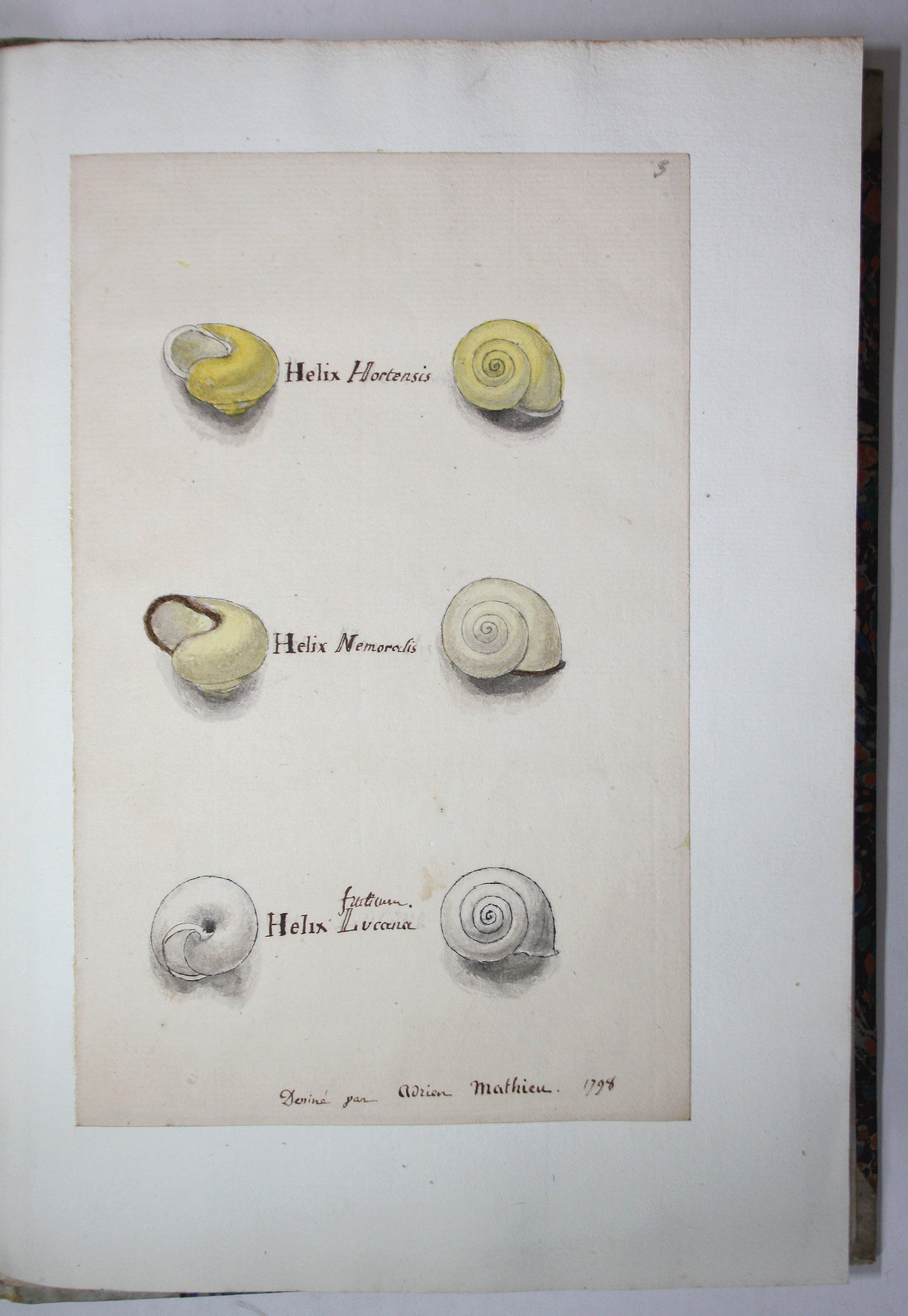 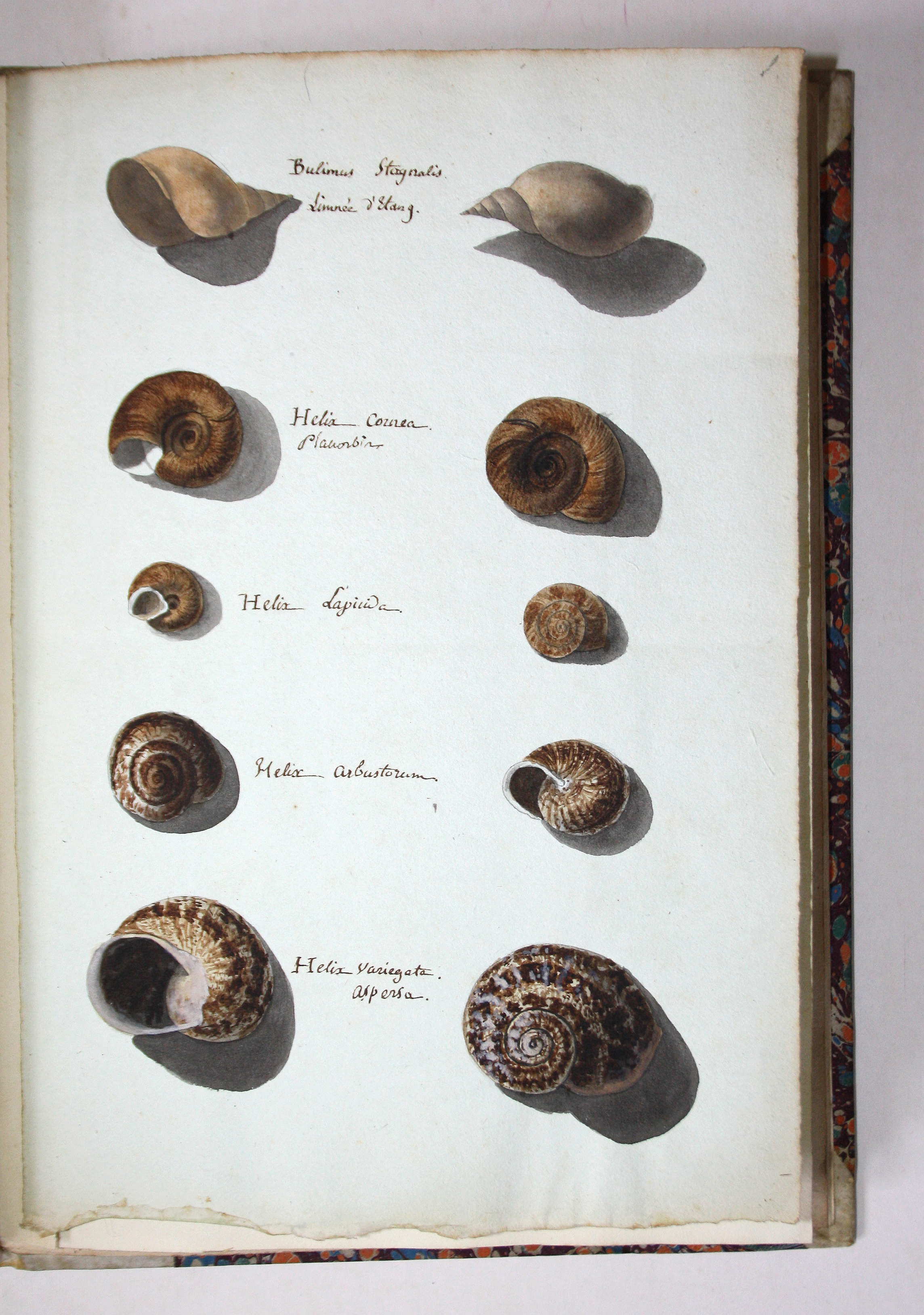 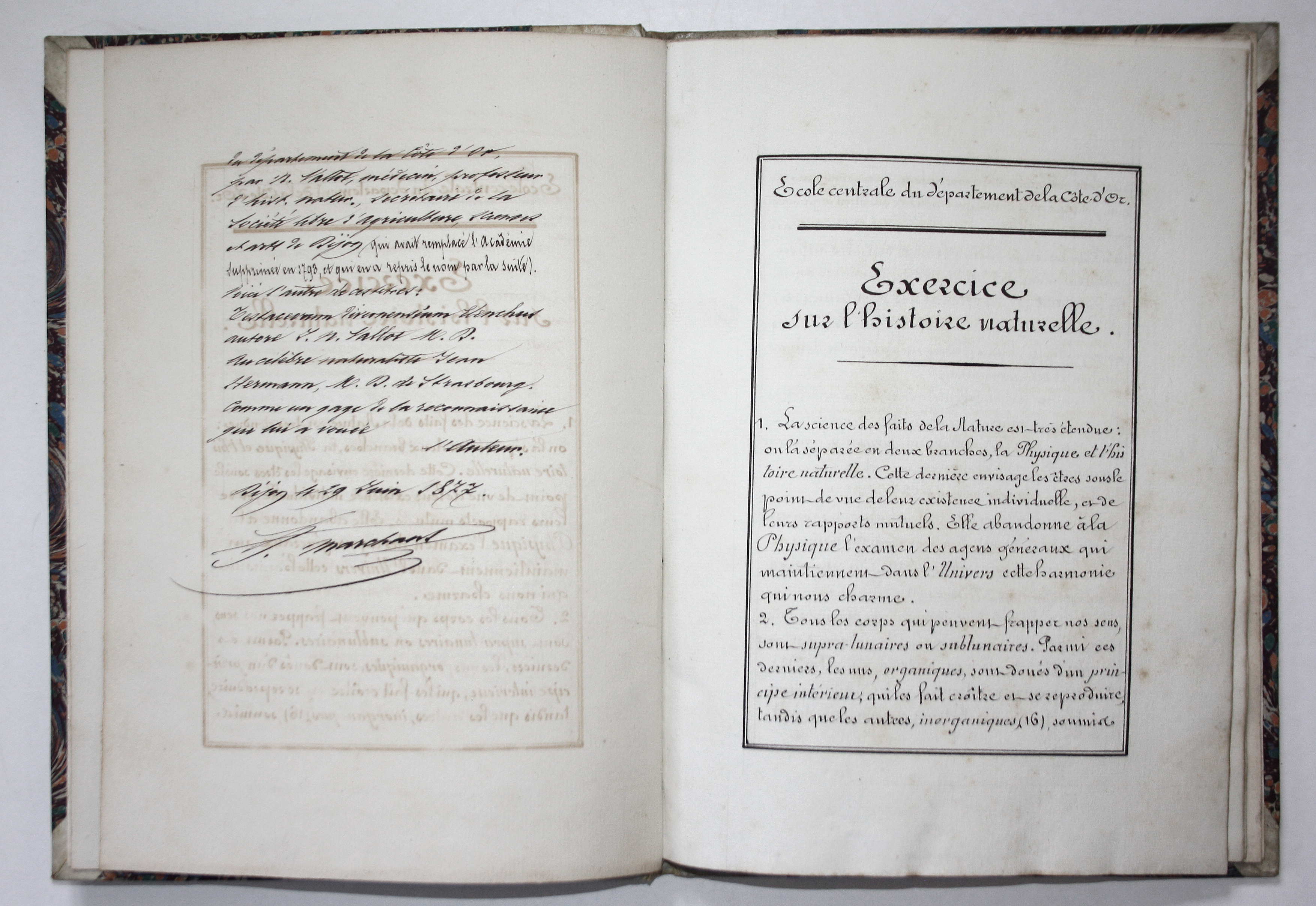 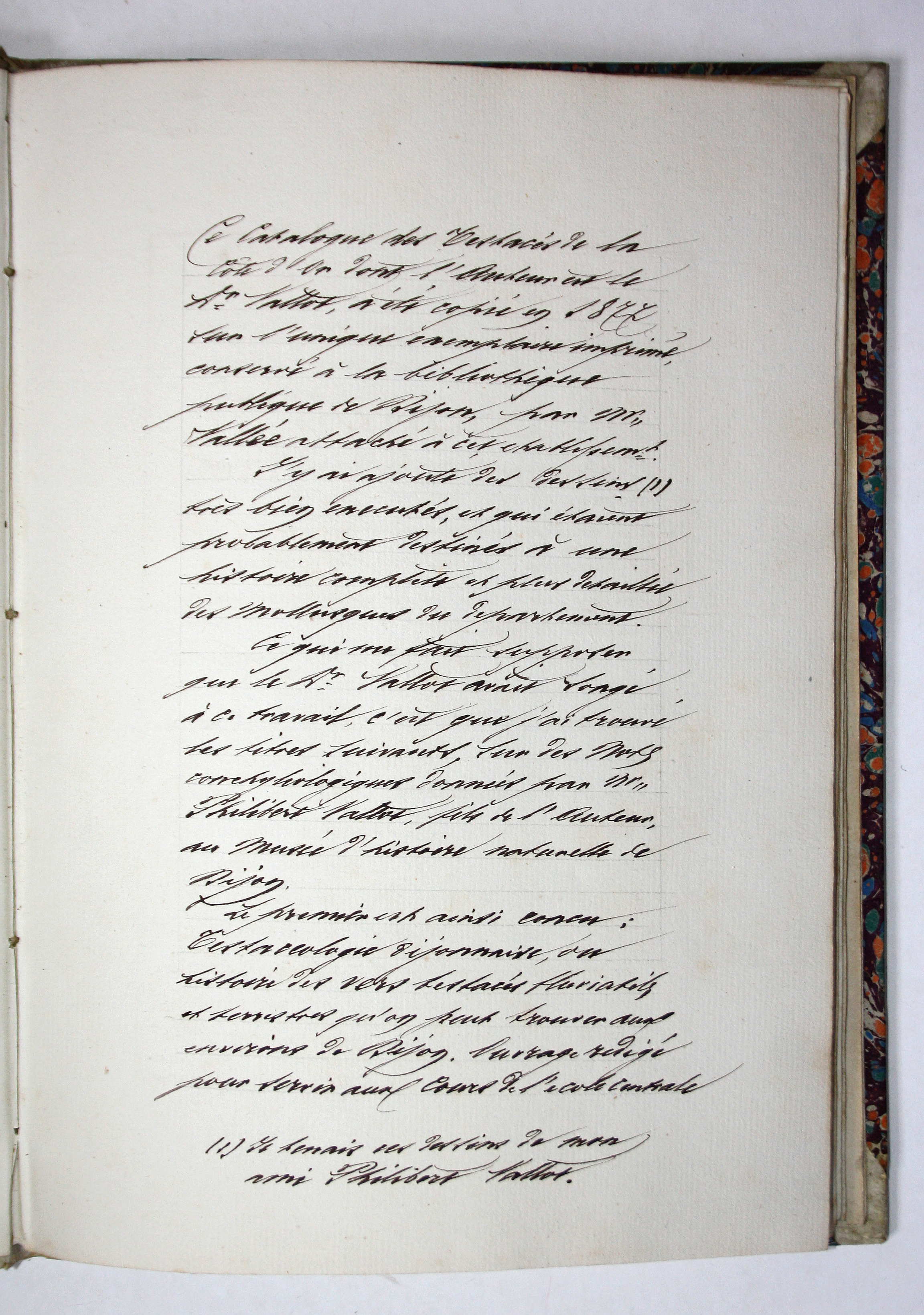 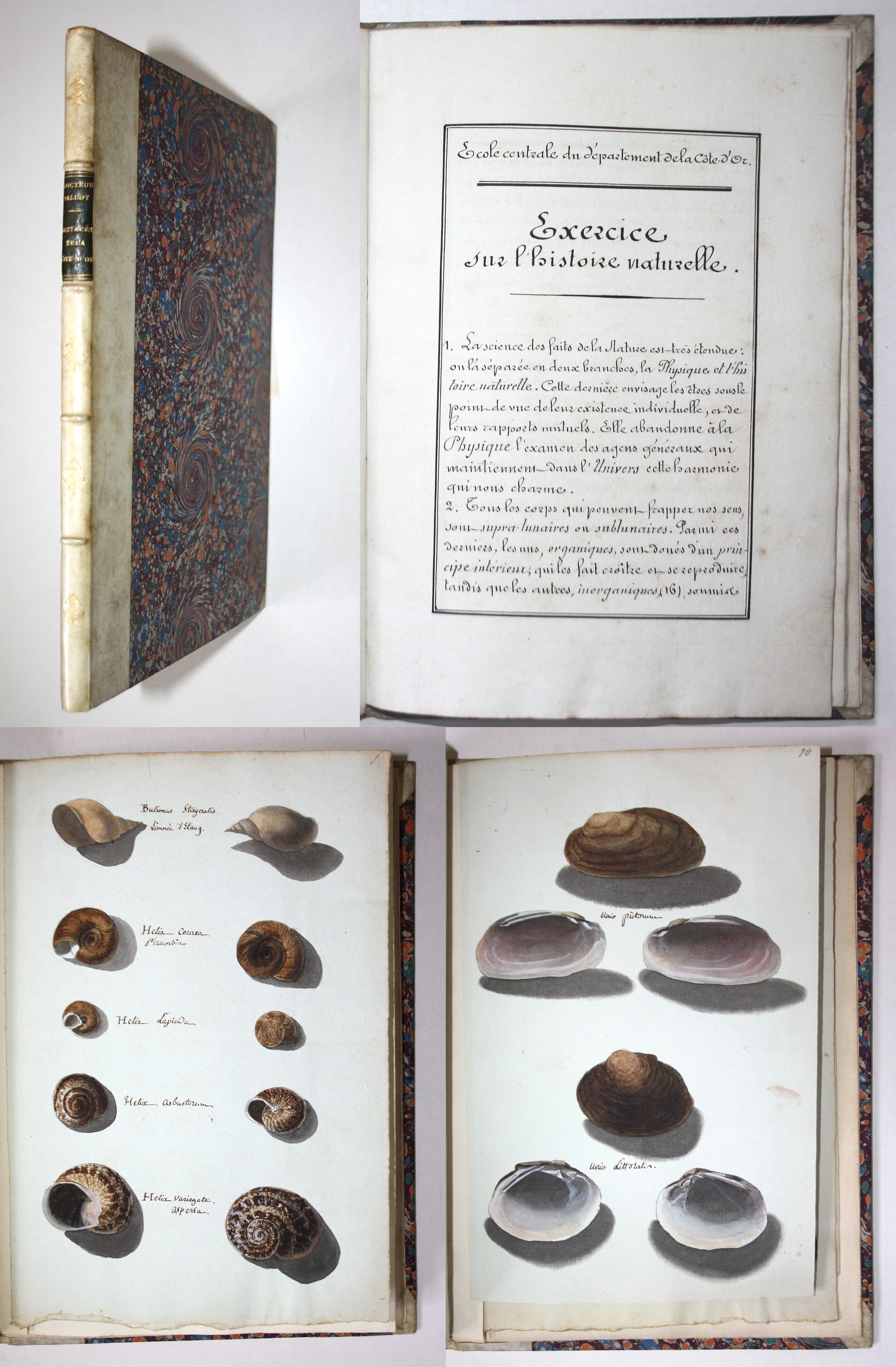