Startseite/Galerie, Gallery/17th-century manuscript lectures from the Old University of Leuven

17th-century manuscript lectures from the Old University of Leuven

Very interesting and extensive manuscript lectures from the famous Old University of Leuven. Both professors of the present courses, Charneux and Melis, later became directors of the University. The writer Edmond Goossens came from Tirlemont in Belgium. The richly illustrated manuscript comprise lectures on Aristotelian physics, optics, astronomy and anatomy. The engraved plates were printed by Michael Hayé at Leuven and were exclusively sold to domiciled students, to paste them into their notebooks. There were two printers in Leuven who published those engravings for students, Michael Haye and Lambert Blendeff. Obviously both printers diligently copied engravings from one another. Geert Vanpaemel lists 55 engravings, many of them were copied from Cartesian textbooks, of which 4 are enclosed in the present manuscript. For 6 of the plates Vanpaemel lists only Blendeff editions. Whilst all engravings within the present manuscript were printed by Michael Haye, all drawings were obviously made after Blendeff engravings. This could be an evidence for the students‘ practice to share their engravings for copying thus saving money. Under the plates is a very interesting engraving of a human heart with two folding parts, wholly printed in red. The other plates and drawings mostly depict optical and astronomical subjects.
The Old University of Leuven was founded in 1425 and closed in 1797. The university flourished in the 16th century due to the presence of famous scholars and professors, such as Adriaan Florenszoon Boeyens (Pope Adrian VI), Desiderius Erasmus, Johannes Molanus, Joan Lluís Vives, Andreas Vesalius and Gerardus Mercator. During the seventeenth and eighteenth centuries, the University was a great centre of Jansenism and Gallicanism in Europe. From the founding of the university to its abolition in 1797, Latin was the sole language of instruction.
The Magister Dixit Project from the KU Leuven Libraries lists 527 manuscript lectures from the Old University of Leuven of which 83 manuscripts date before 1700. Lectures by Henricus de Charneux and Petrus Melis are not listed. – binding rubbed and bumped, upper spine chipped, joints broken. 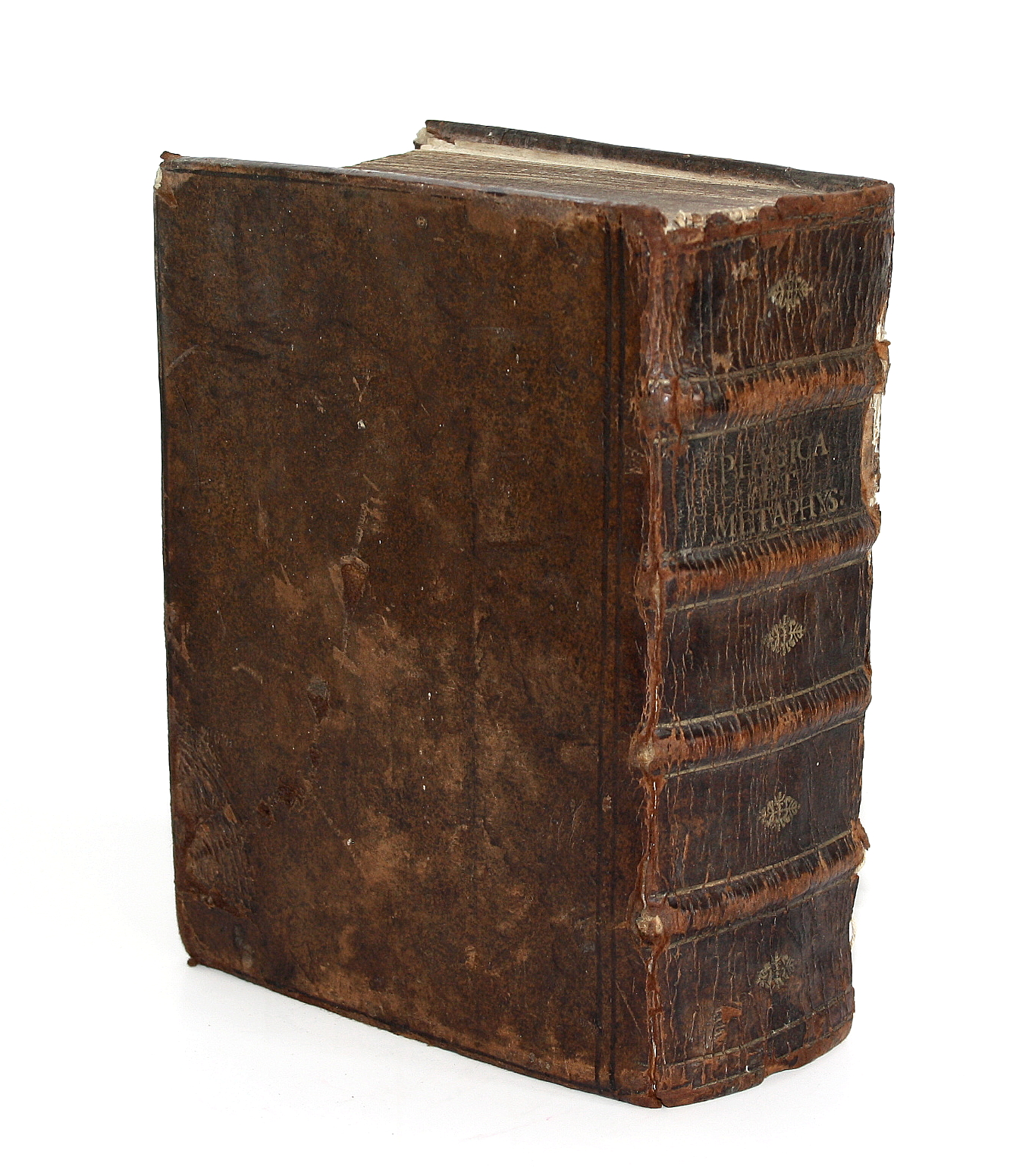 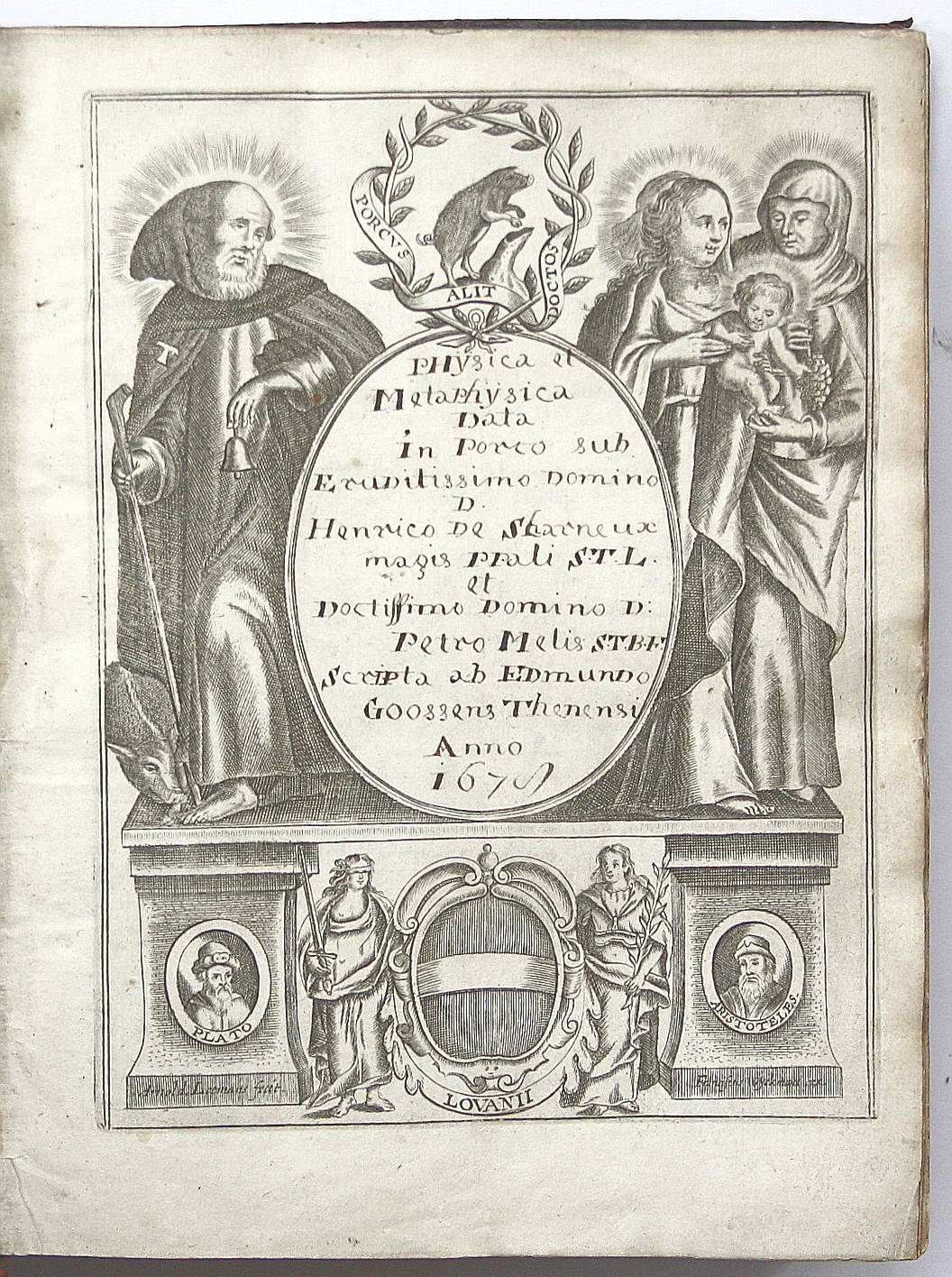 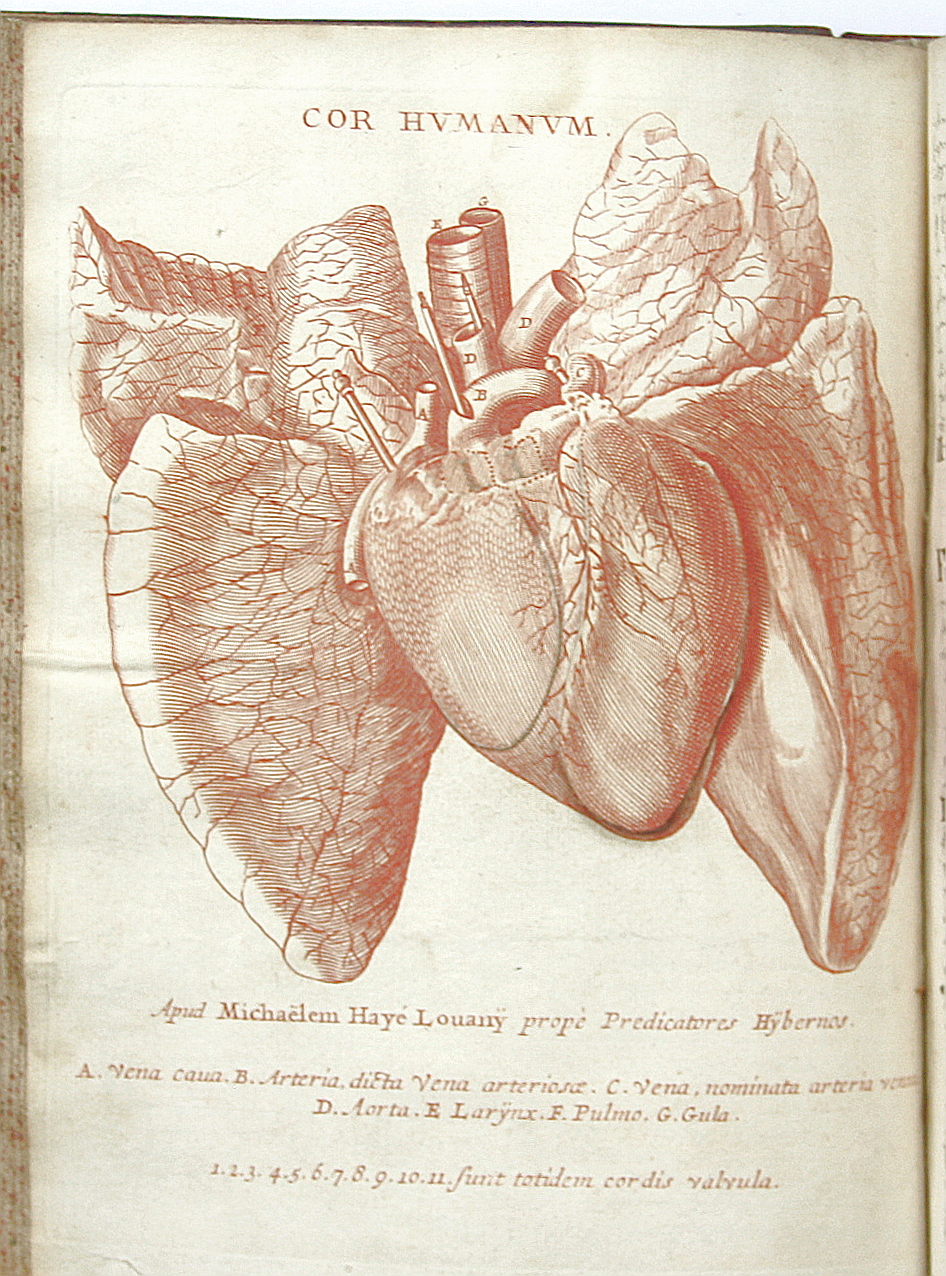 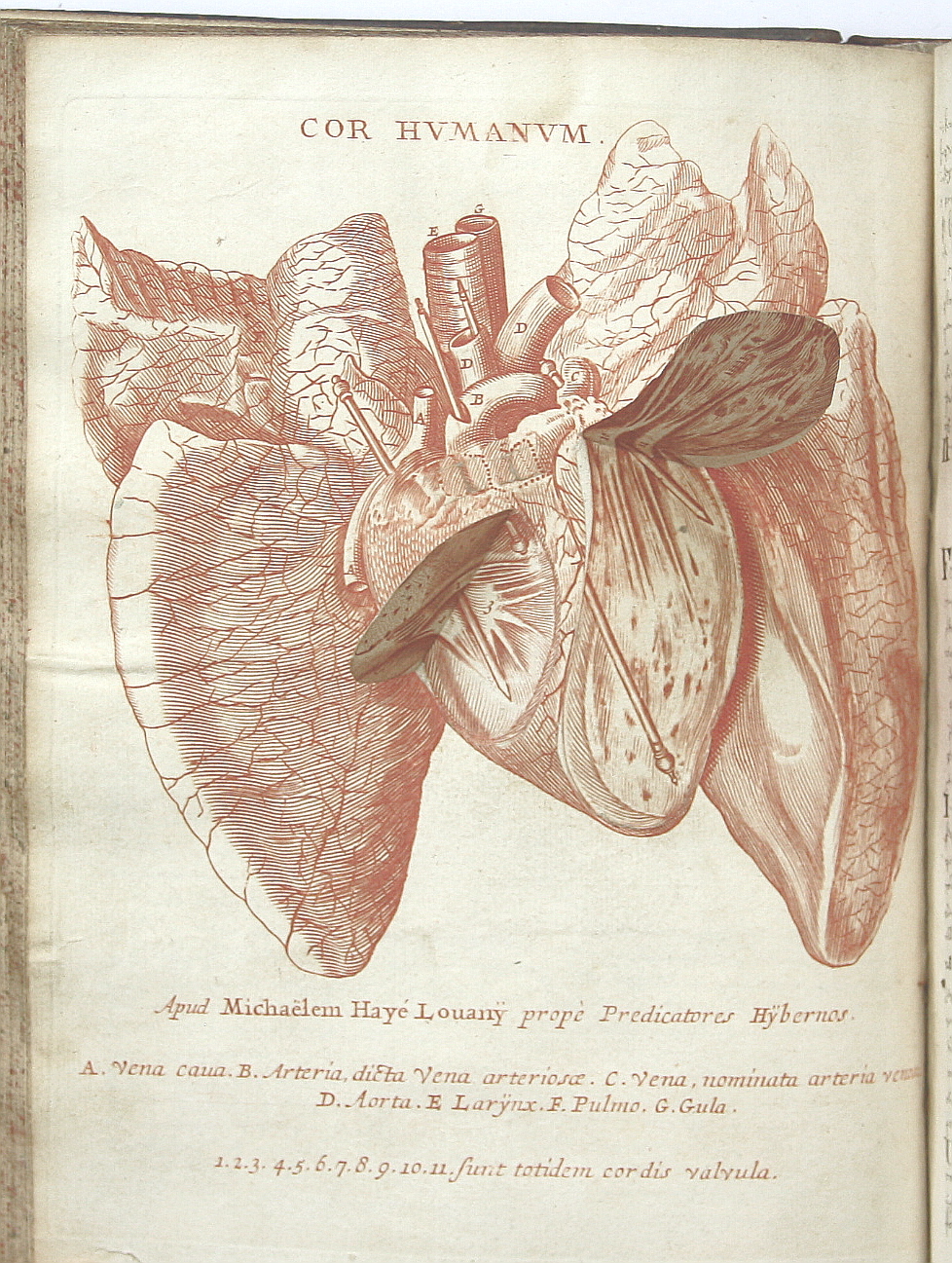 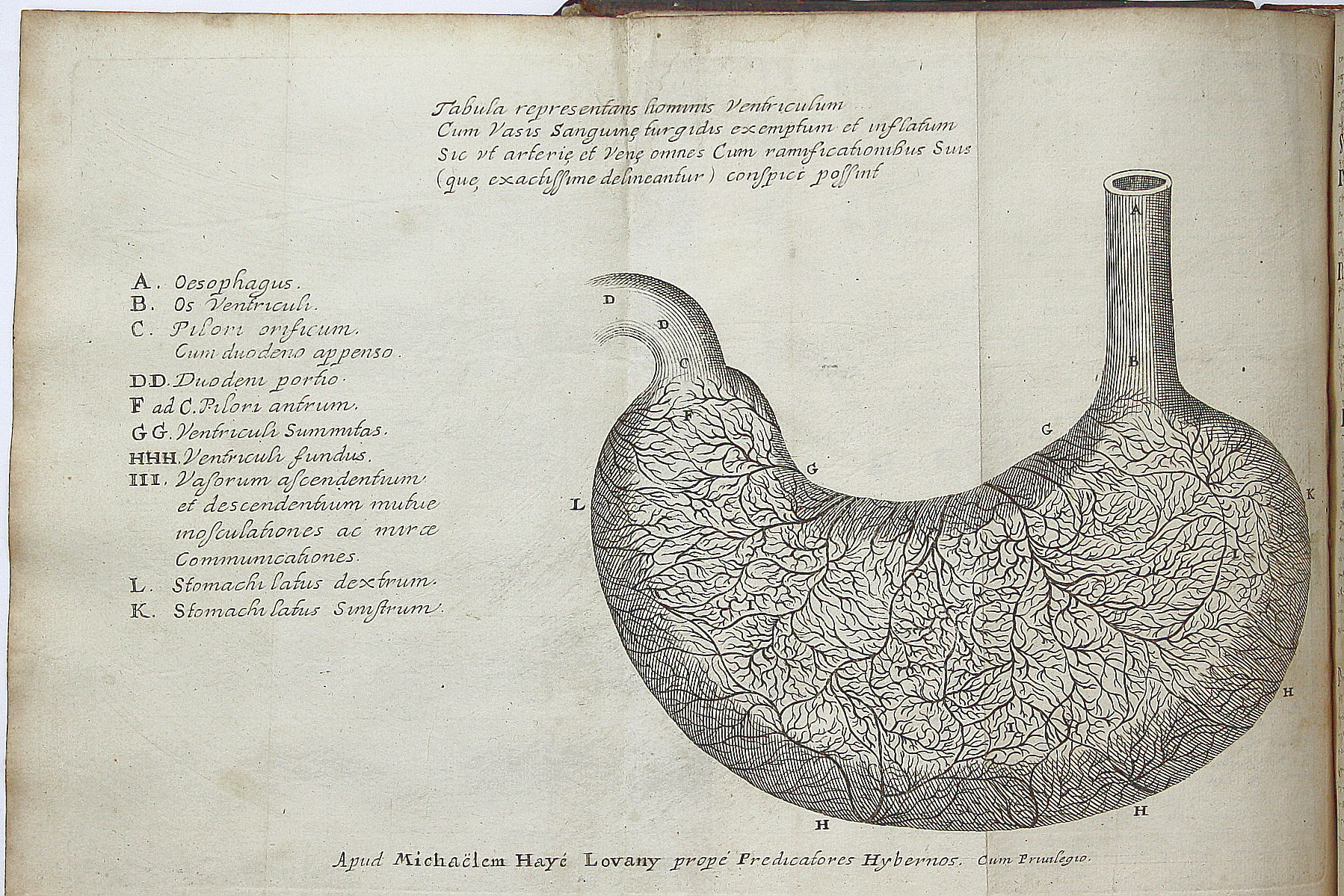 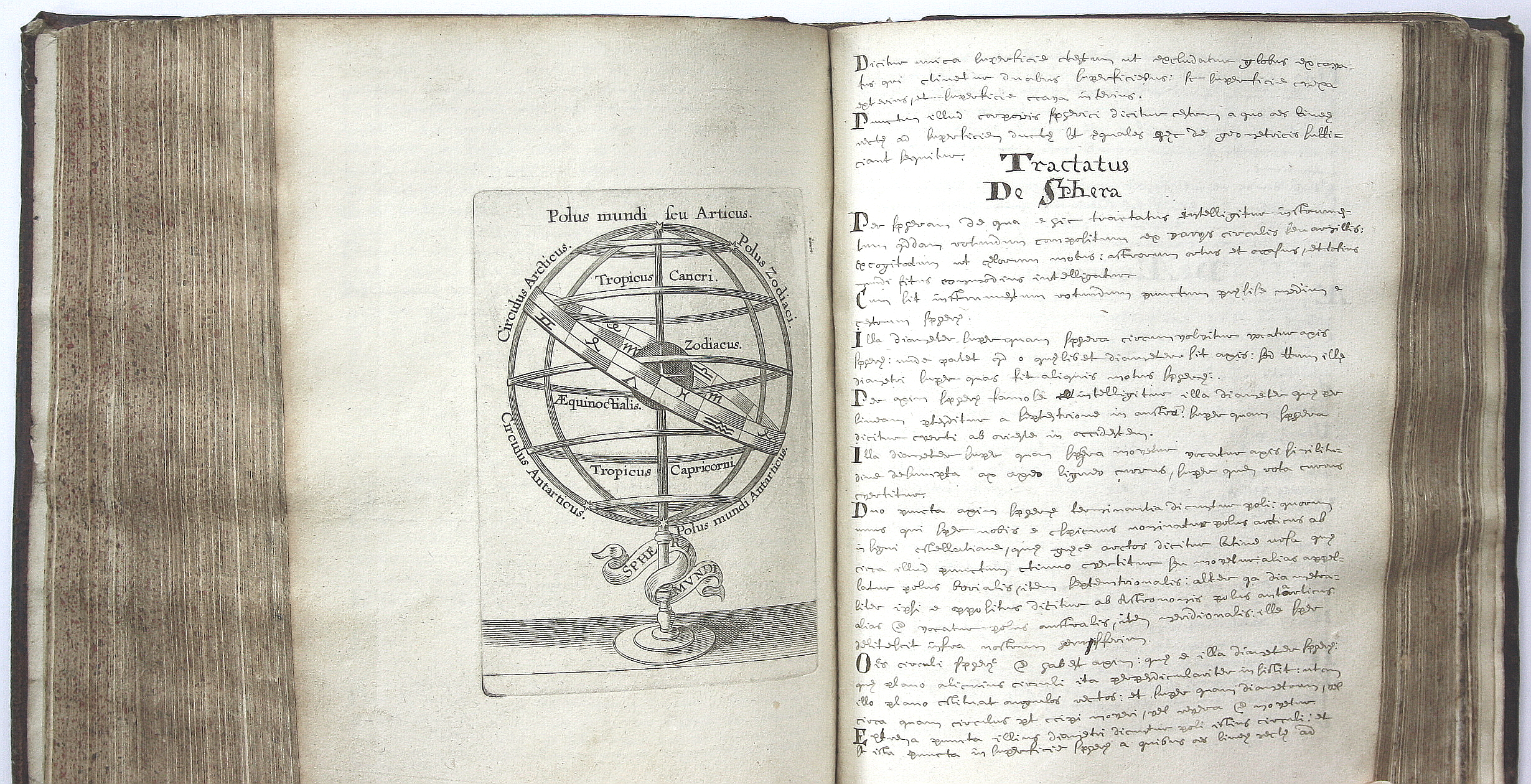 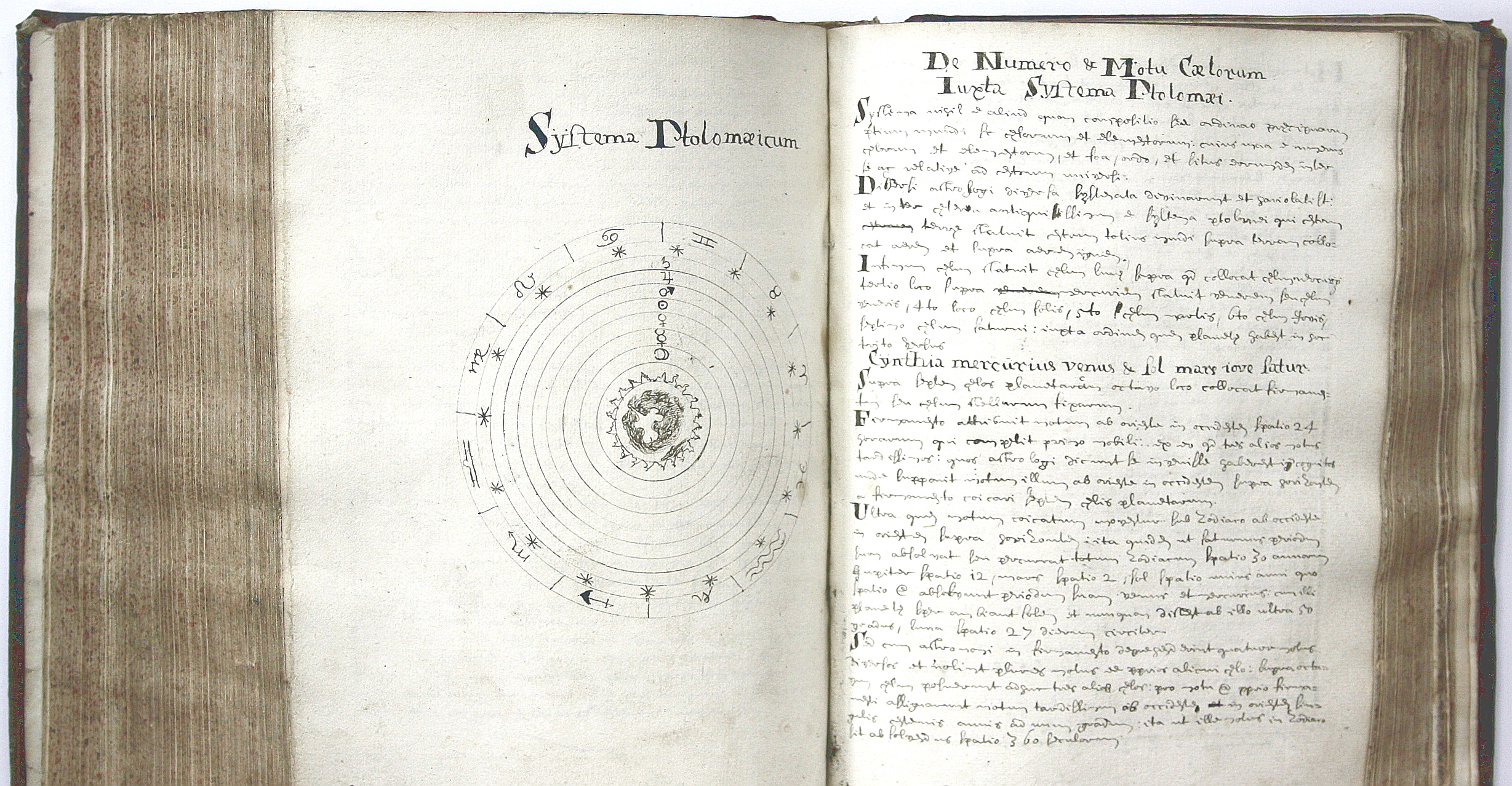 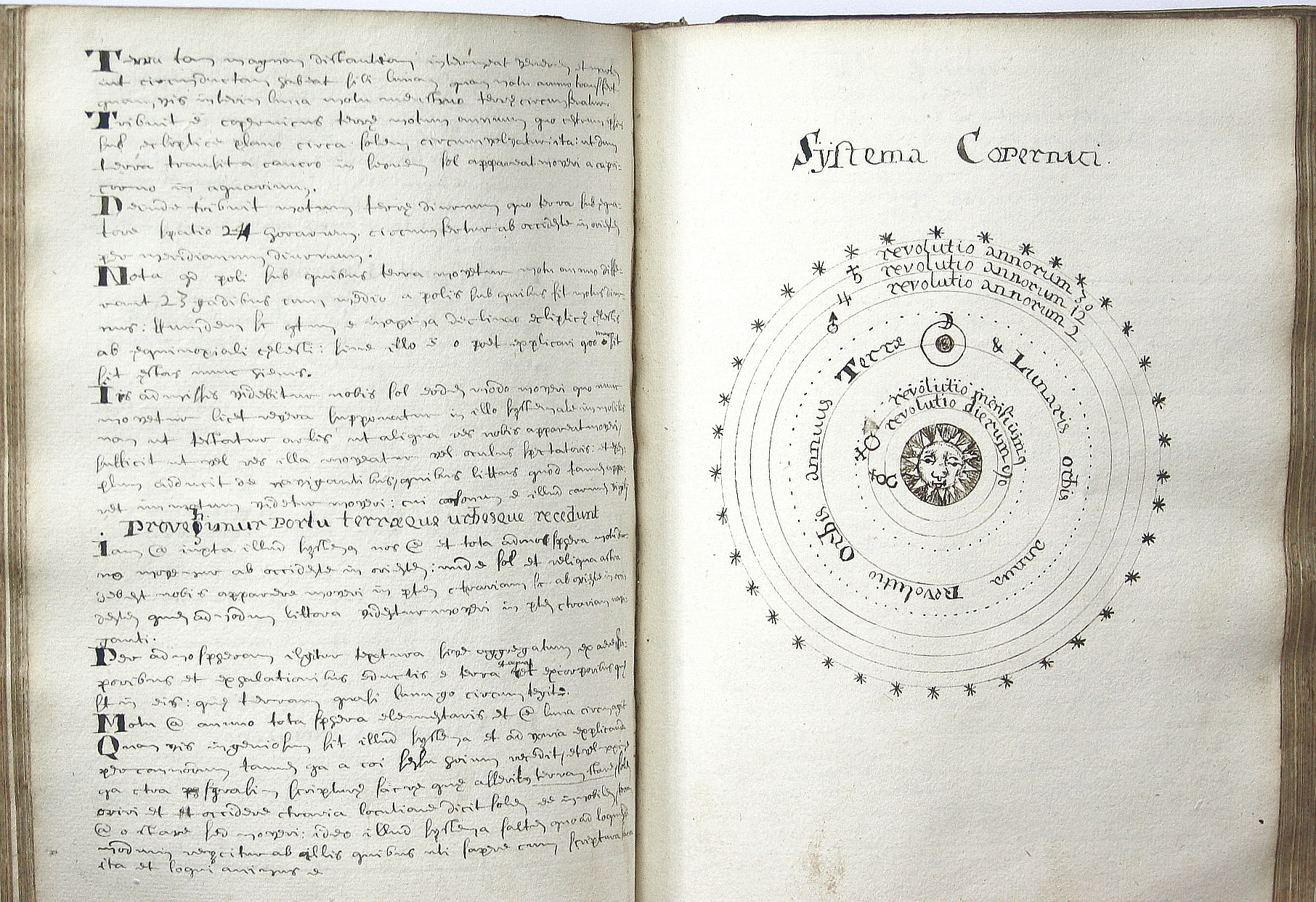 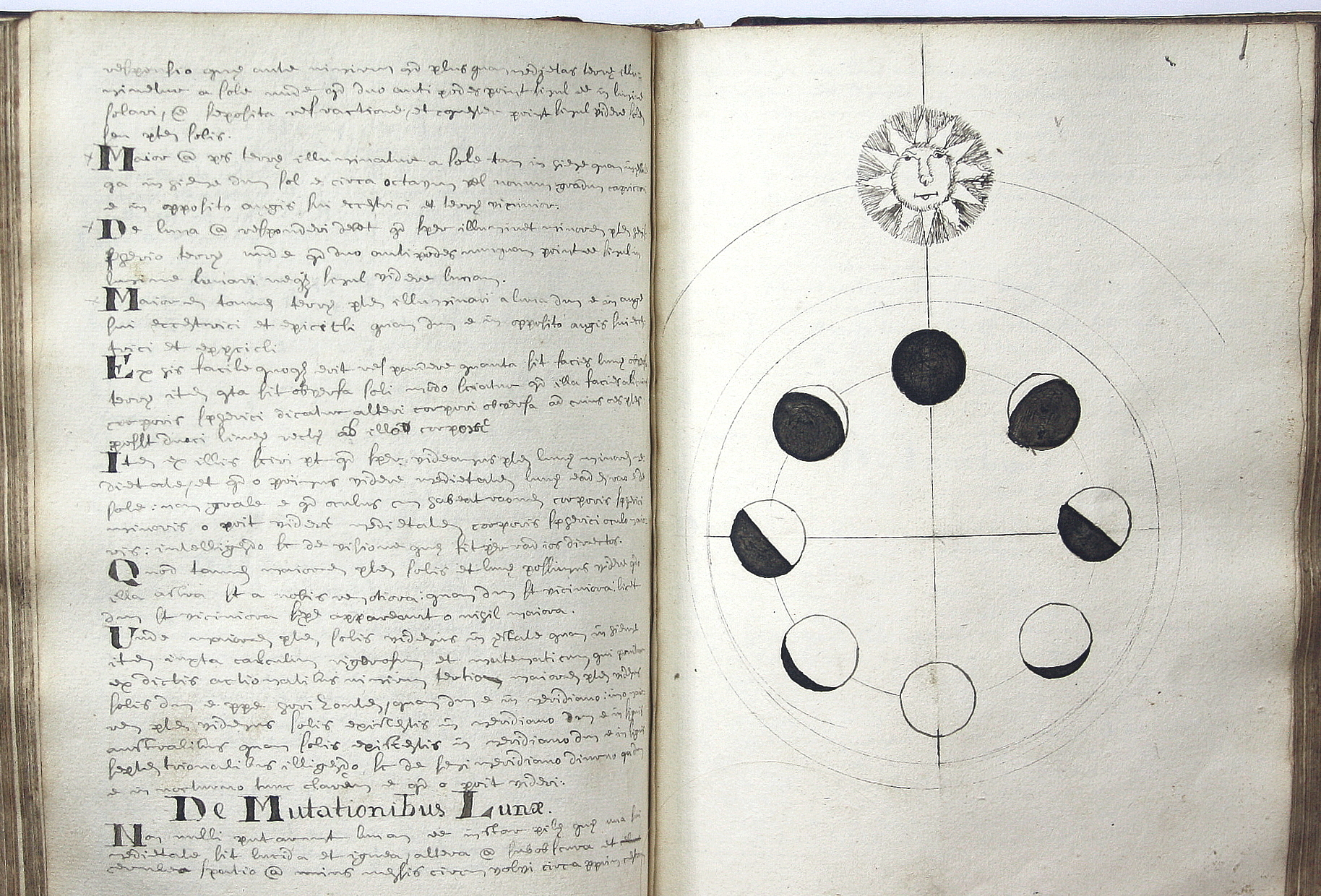 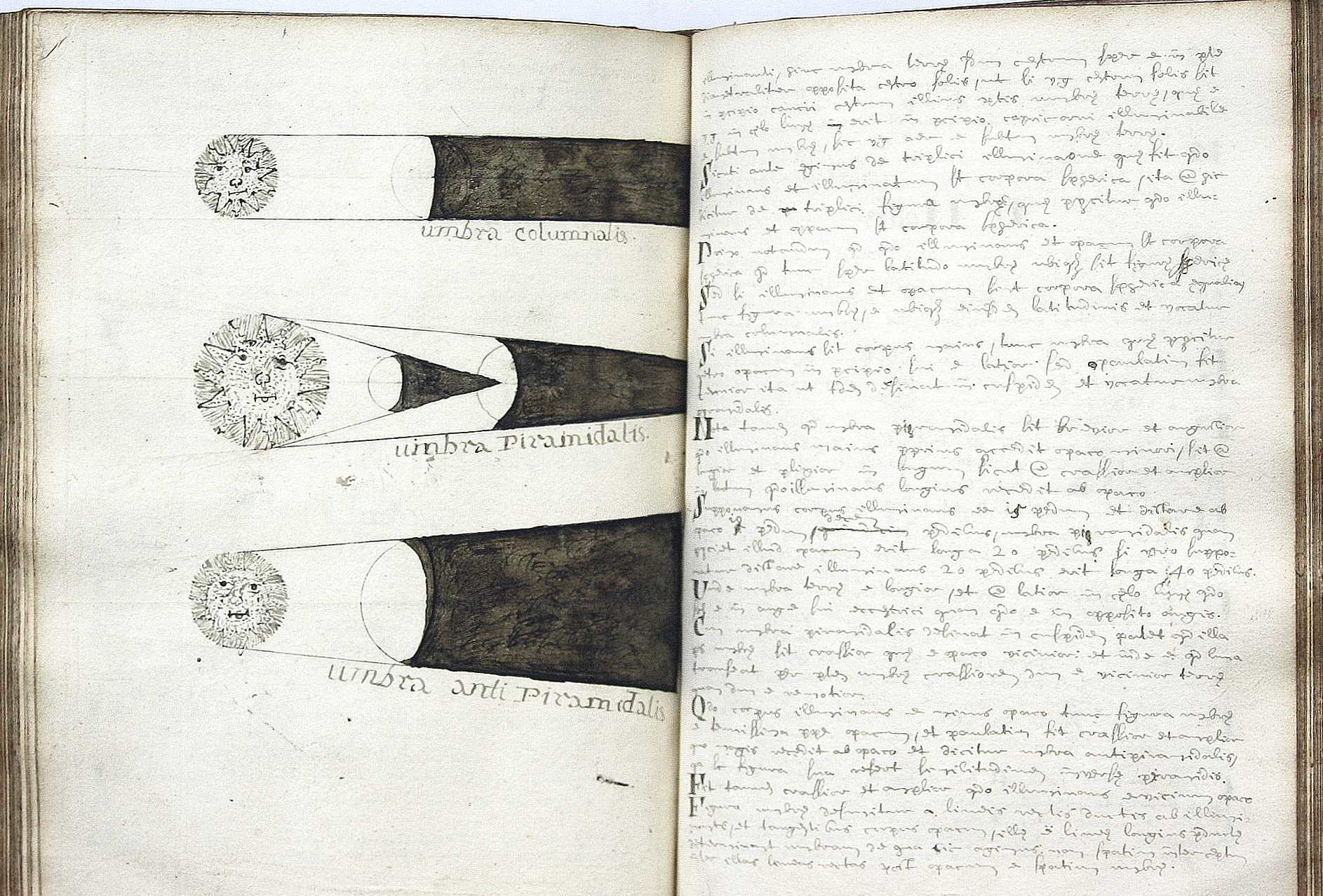