The horses of Don Juan of Austria

Later issue with the addition of plate numbers and Theodor Galle’s name on 26 plates. Stradanus’s series depicts the horses of Don Juan of Austria, Governor-General of the Netherlands from 1576 to 1578. His designs were executed between 1578 to 1580 by several prominent engravers including Adriaen Collaert, Hieronymus Wierix, and Hendrik Goltzius. Don Juan of Austria was the illegitimate son of Charles V and a half-brother to Philip II (1555-1598), King of Spain and the Netherlands. He lead Spanish troops to their decisive victory against the Ottoman Empire at the Battle of Lepanto (1571) and became Governor-General of the Netherlands in 1576. He died of the plague in 1578. It was in the Netherlands that Stadanus drew Don Juan’s collection of horses from the different regions of Europe. – Without plate 41, which was accompanied in earlier issues. – Slightly browned, with a few closed marginal tears (outside images), very few creases. 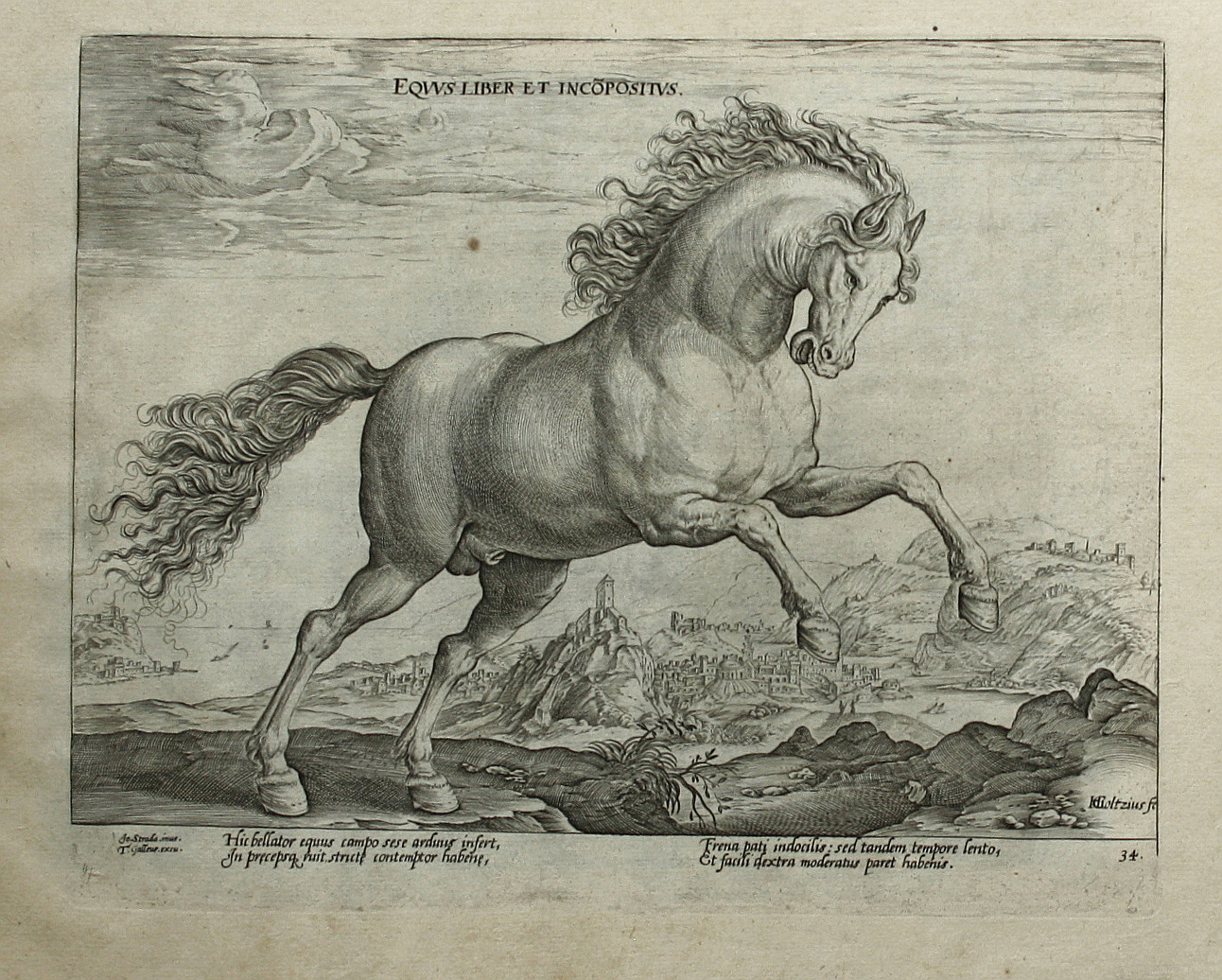 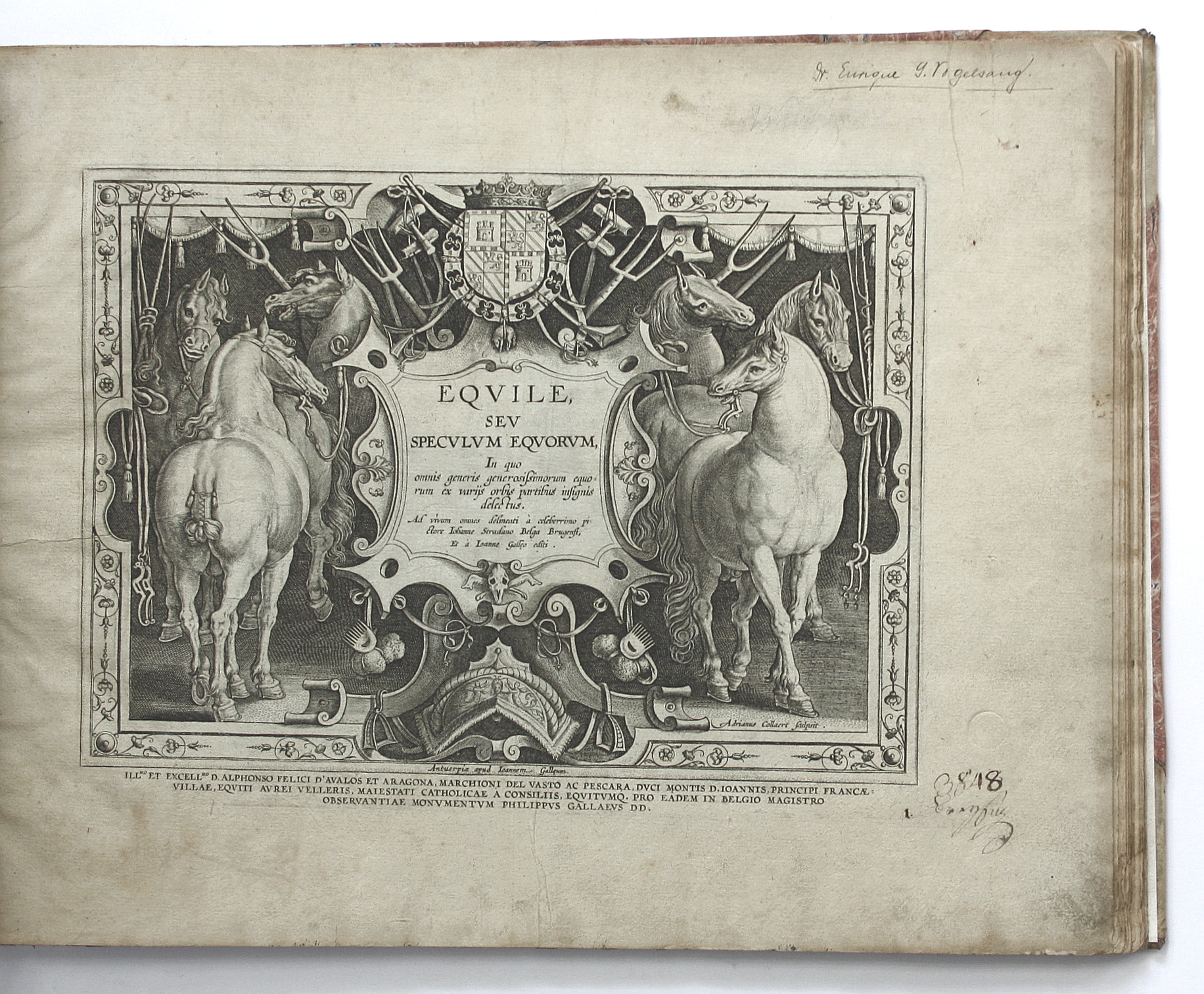 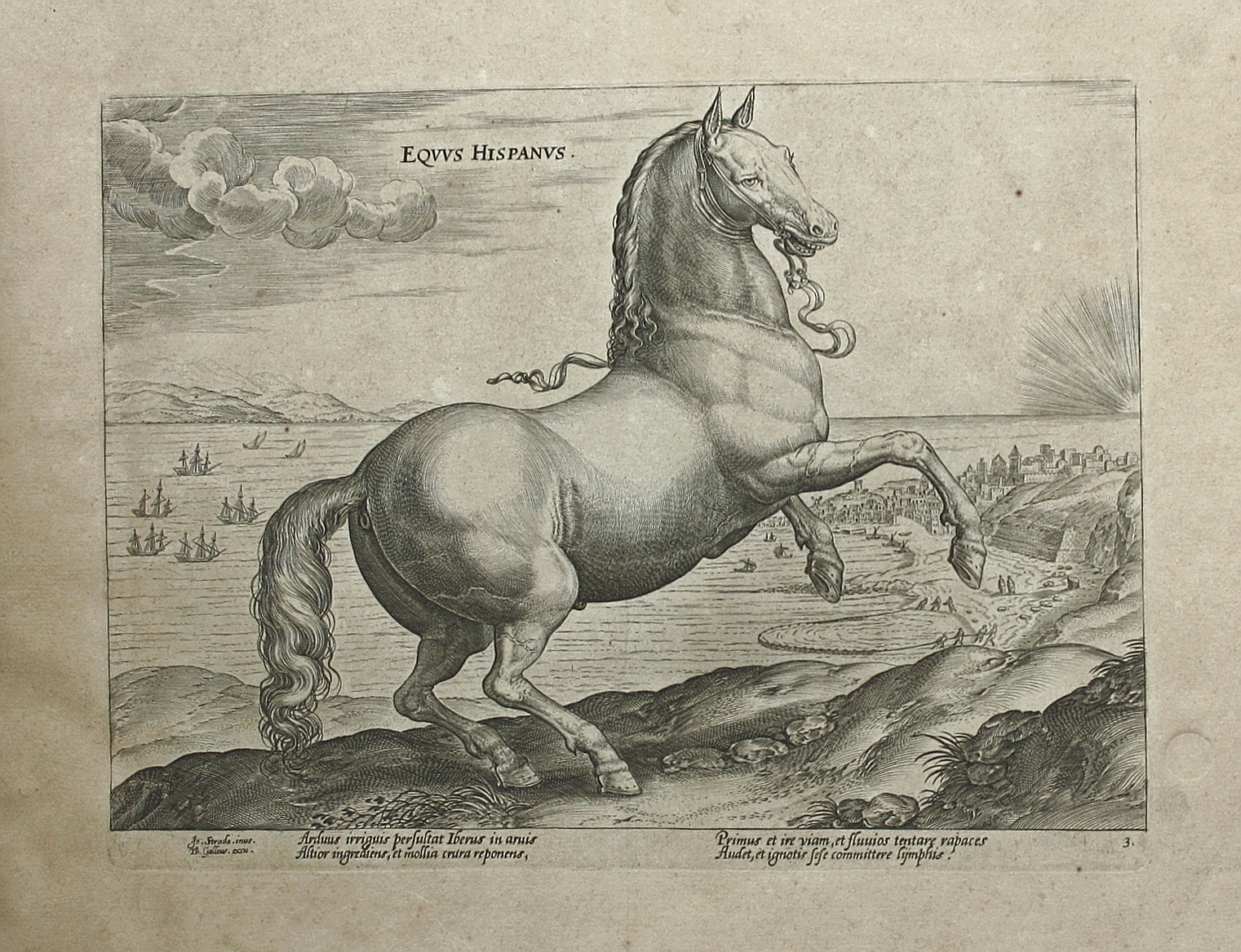 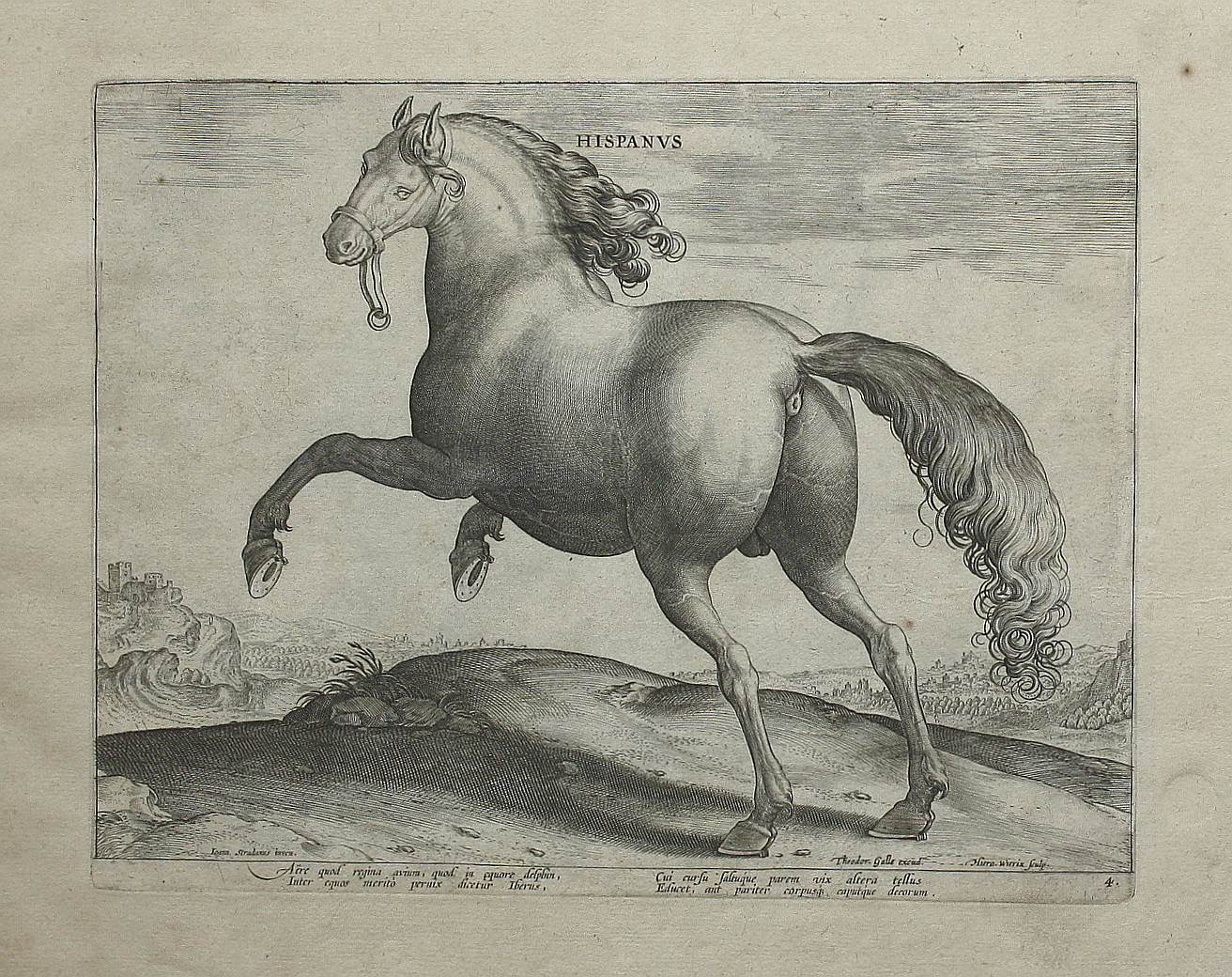 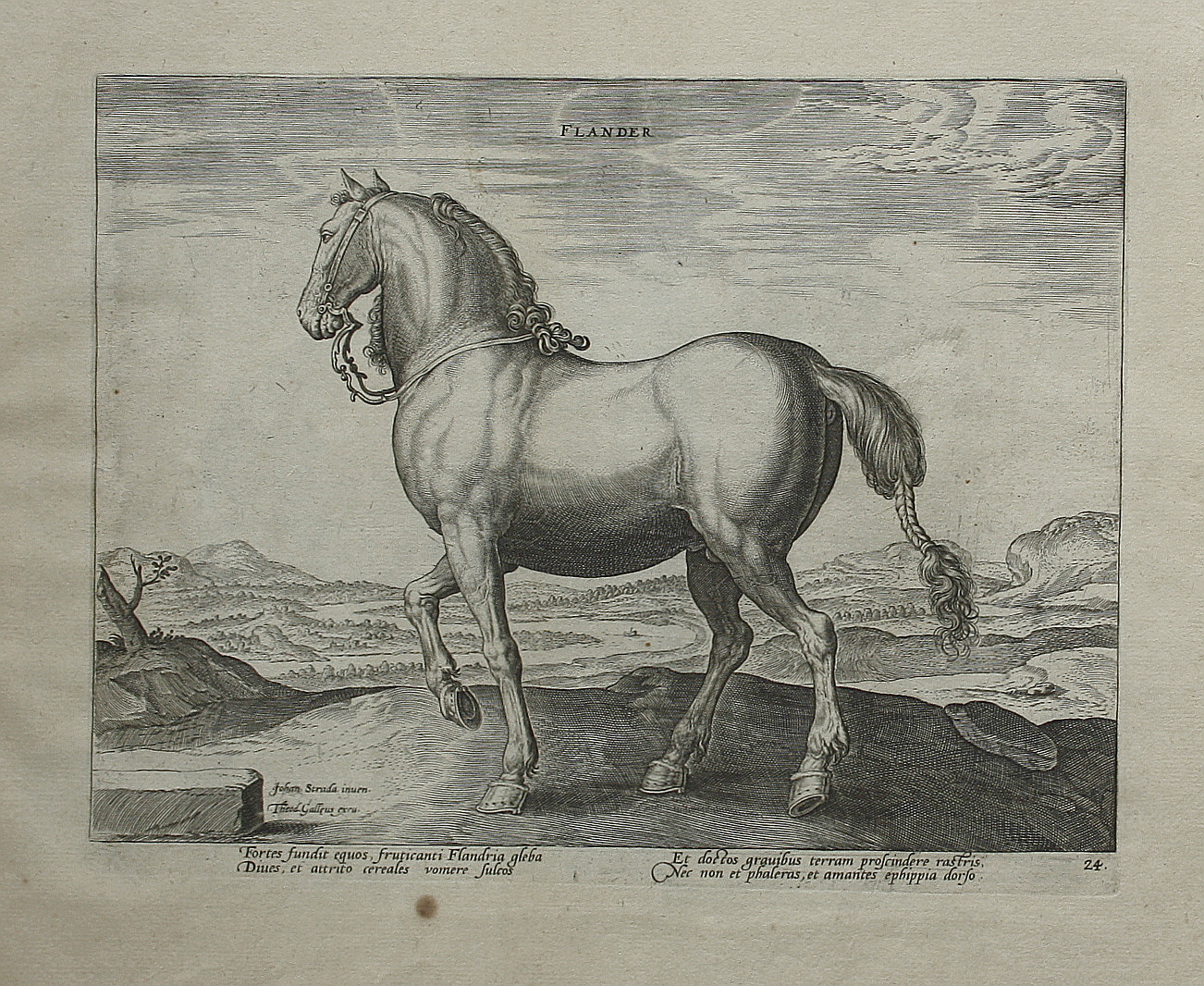 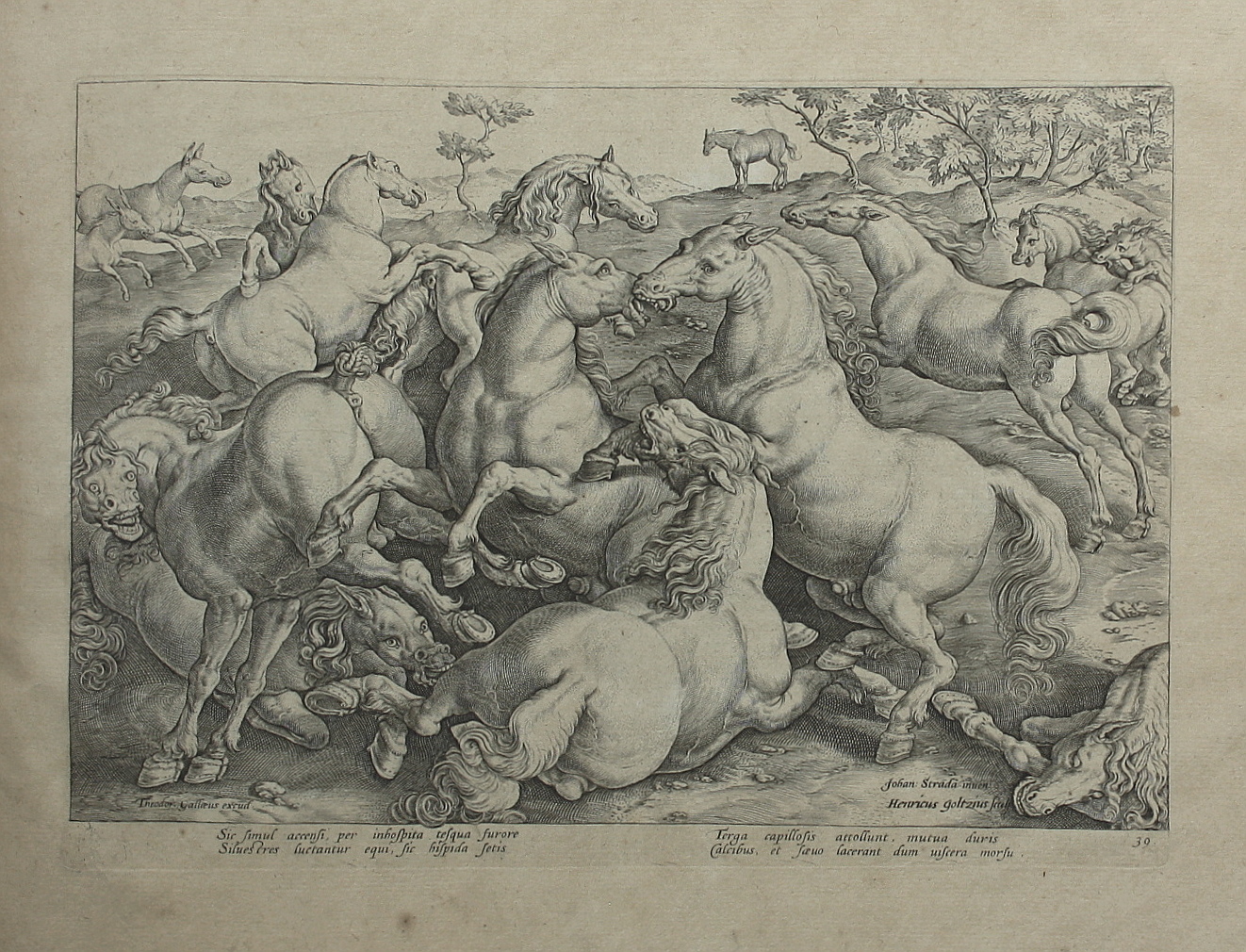 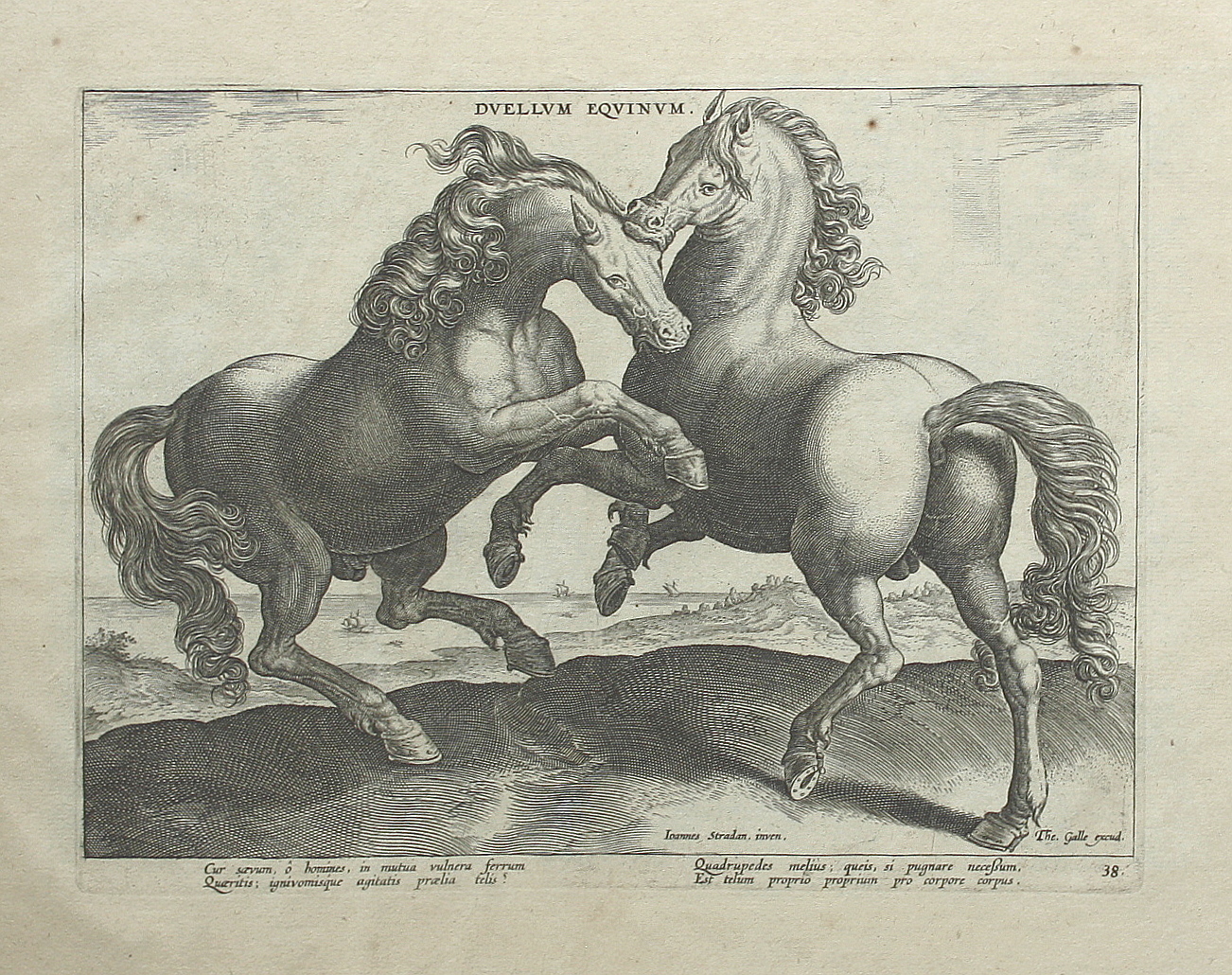