Design for a corner of a ceiling painting with two putti.

Mauro Antonio Tesi was an Italian painter, engraver and architect. He was largely self taught and worked as both a decorative and an architectural painter in Bologna, Pistoia and Florence. He was a friend of Francesco Algarotti (1712-1764), who saws in him the restorer of the noble taste of architectural painting. Tesi became one of the greatest Emilian quadraturists of the eighteenth century, cultivating the architectural decoration of the great noble palaces. 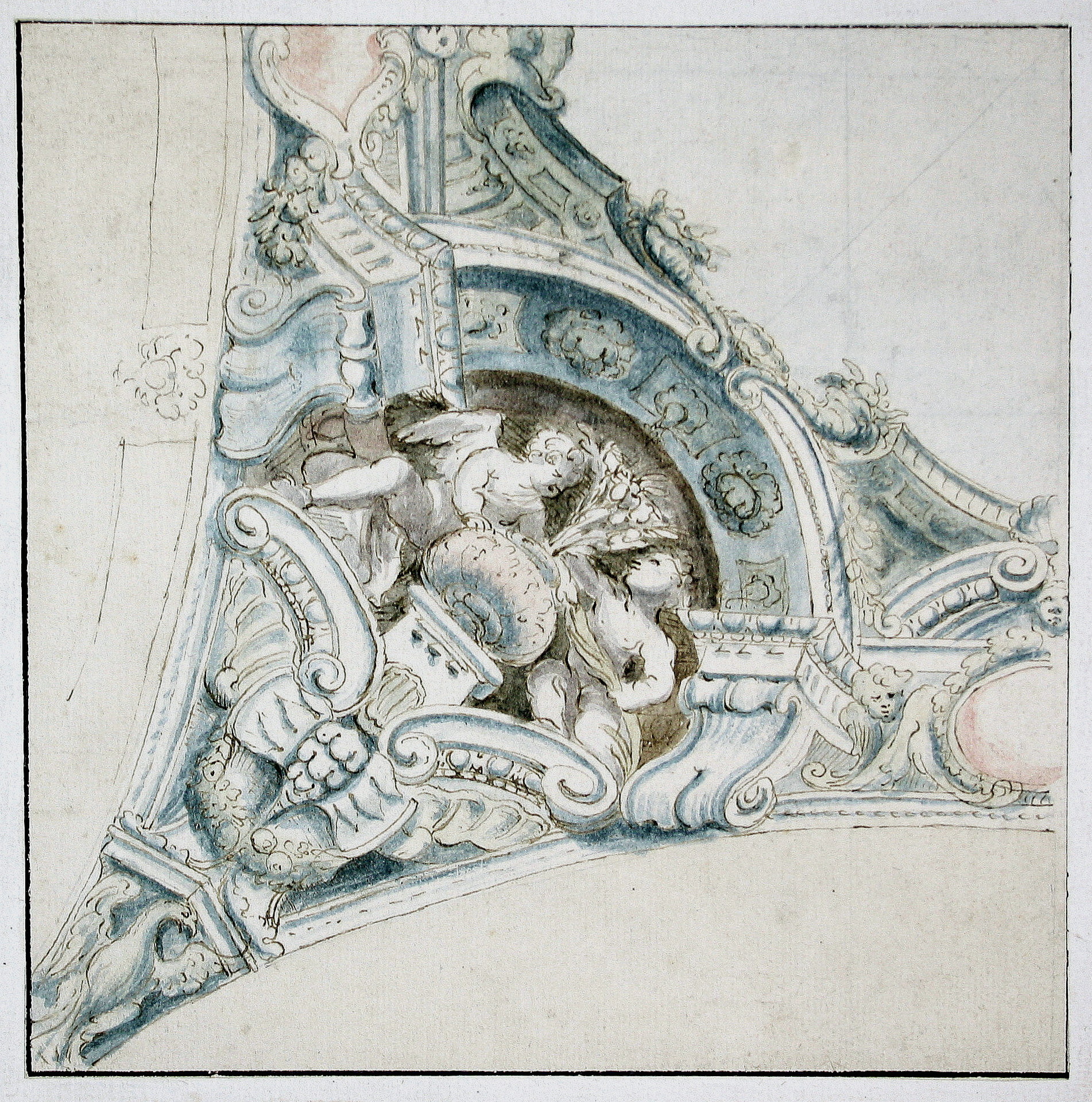