Rare Atlas of the Baudin expedition to Australia

Extremely scarce second edition of this important atlas-volume of the official account of the Baudin voyage to the Pacific. With 25 more plates than the first edition of the atlas published between 1807-1816. “This very scarce second edition was prepared by Freycinet after he returned from his own expedition to the Pacific between 1817 and 1820. It is not generally known that the 1824 second edition of the “Partie Historique” contains some significant changes and additions to the first edition. The maps and charts of the first edition atlas, which bore the nationalistic and ambitious name of Terre Napoléon and included imperial French names for many parts of the coast, were omitted or greatly altered for the second edition atlas. This atlas also includes twenty-five new plates, many of which are coloured. Freycinet’s alterations to the second edition reflect the political reality of the times and finally recognise the just claims of the English navigators, in particular Matthew Flinders, to the discovery of the Australian coast” (Wantrup). – With two views of Sydney (one folding), plan of Sydney, a view of Timor (folded), coastal profiles, artefacts, natural history and ethnographic subjects. Lacking the three folded maps. 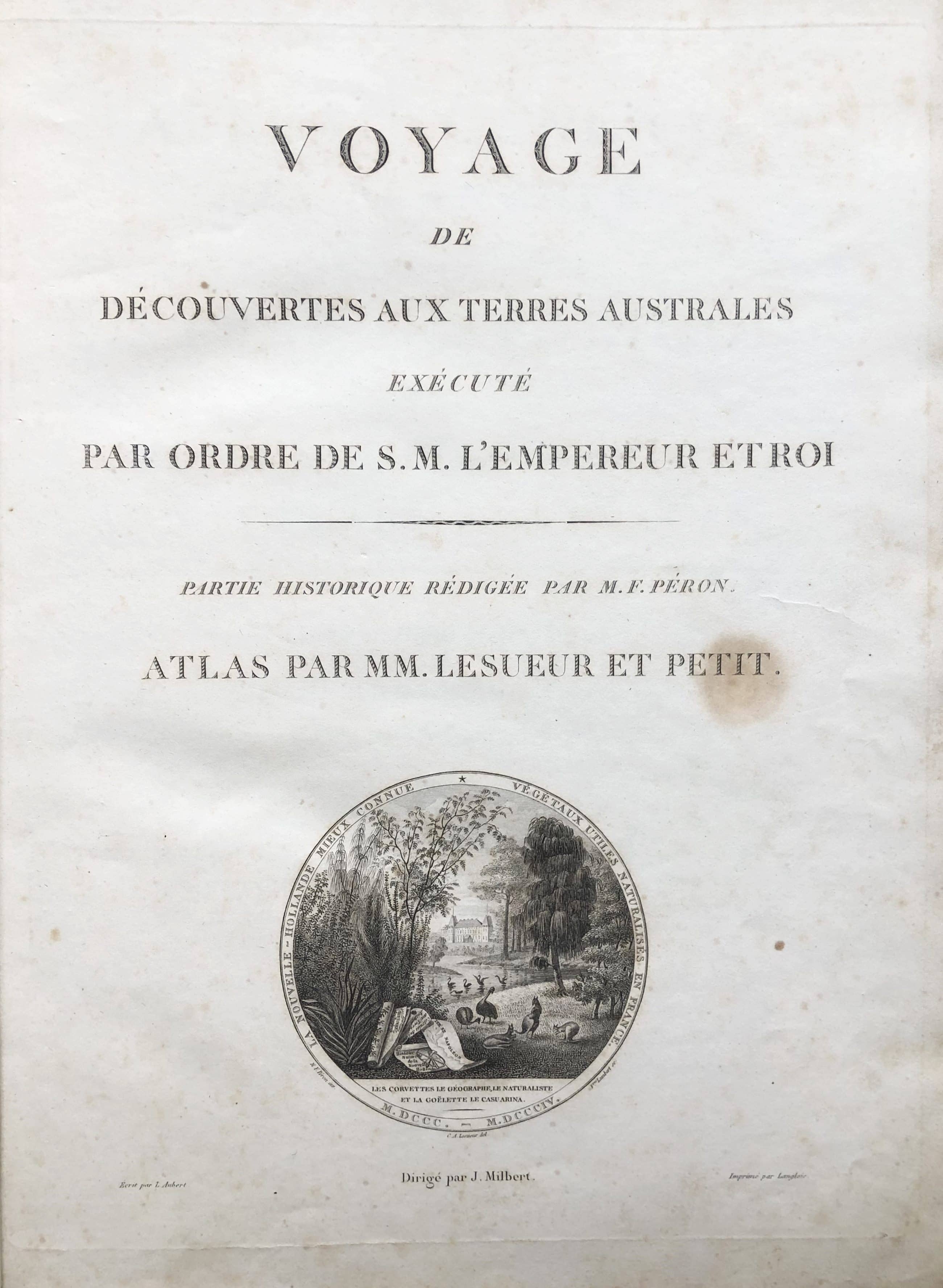 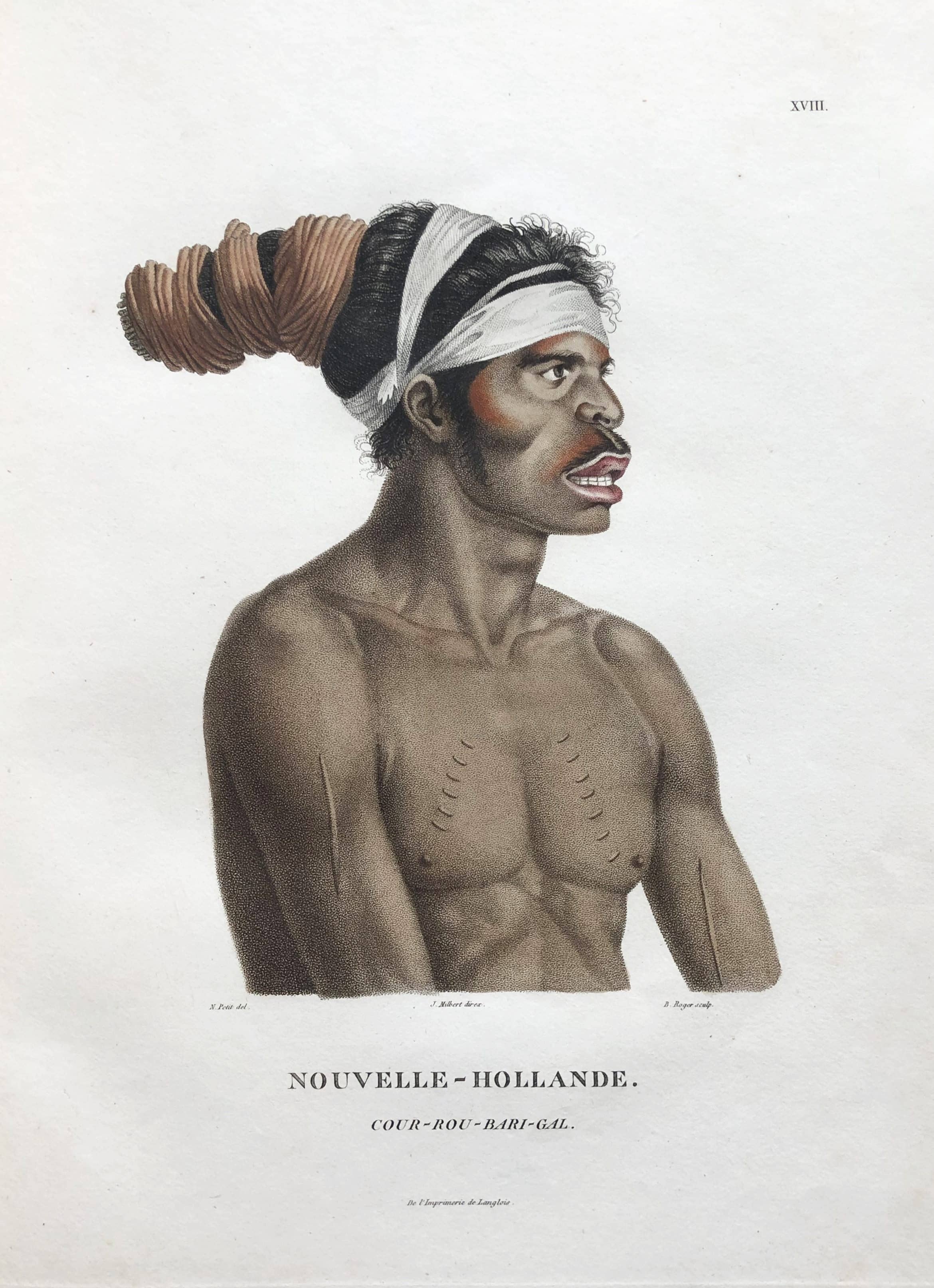 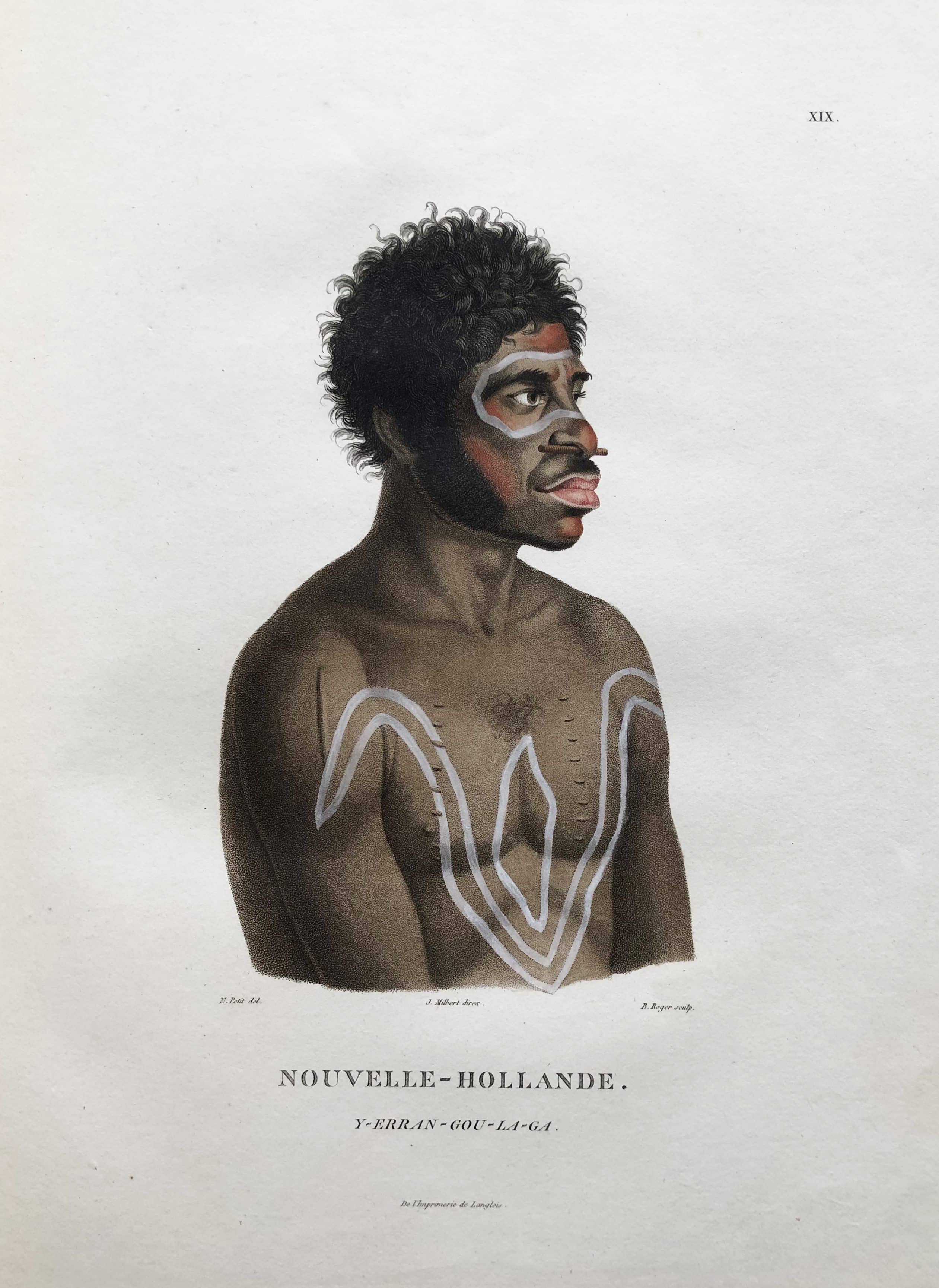 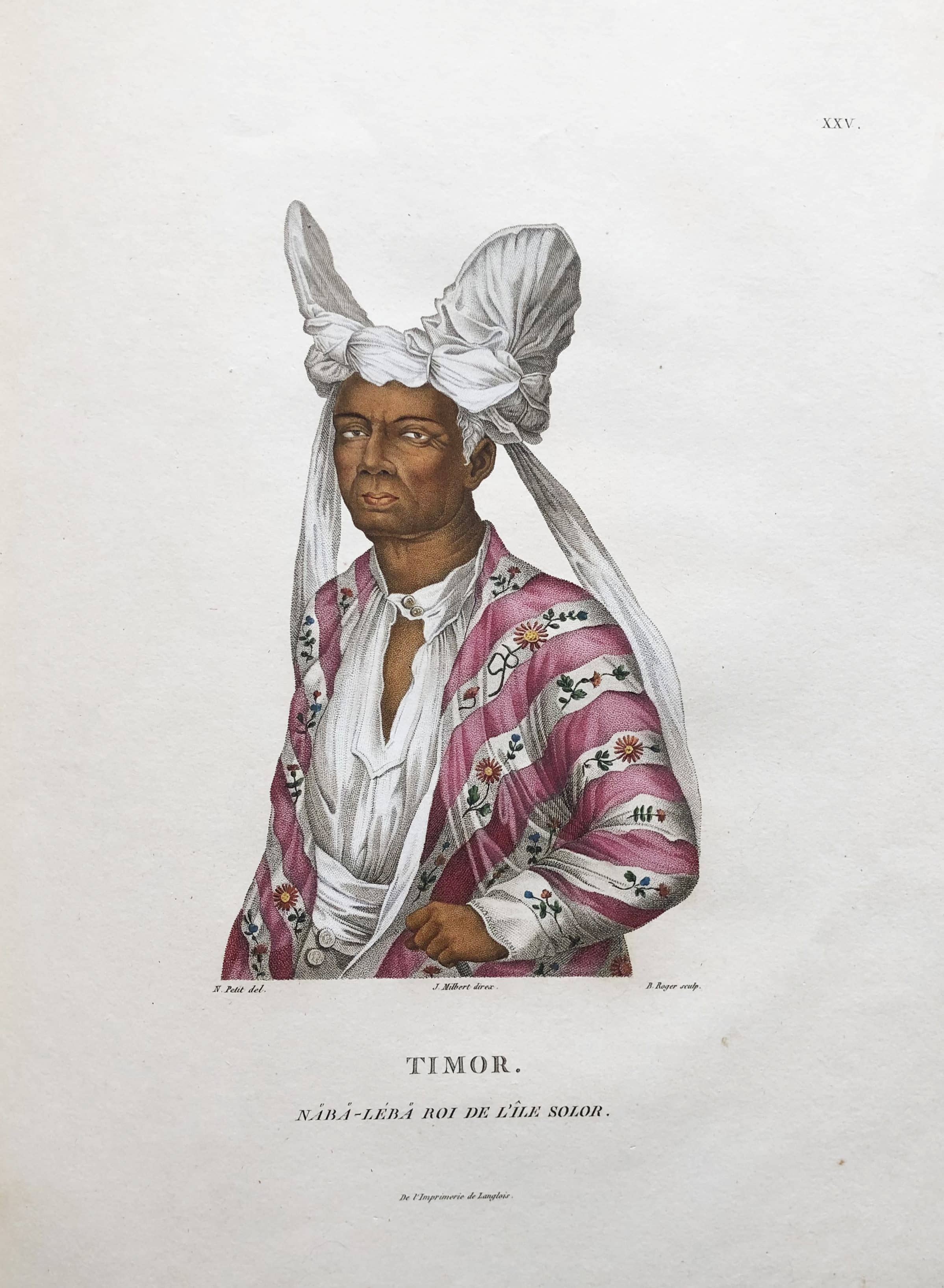 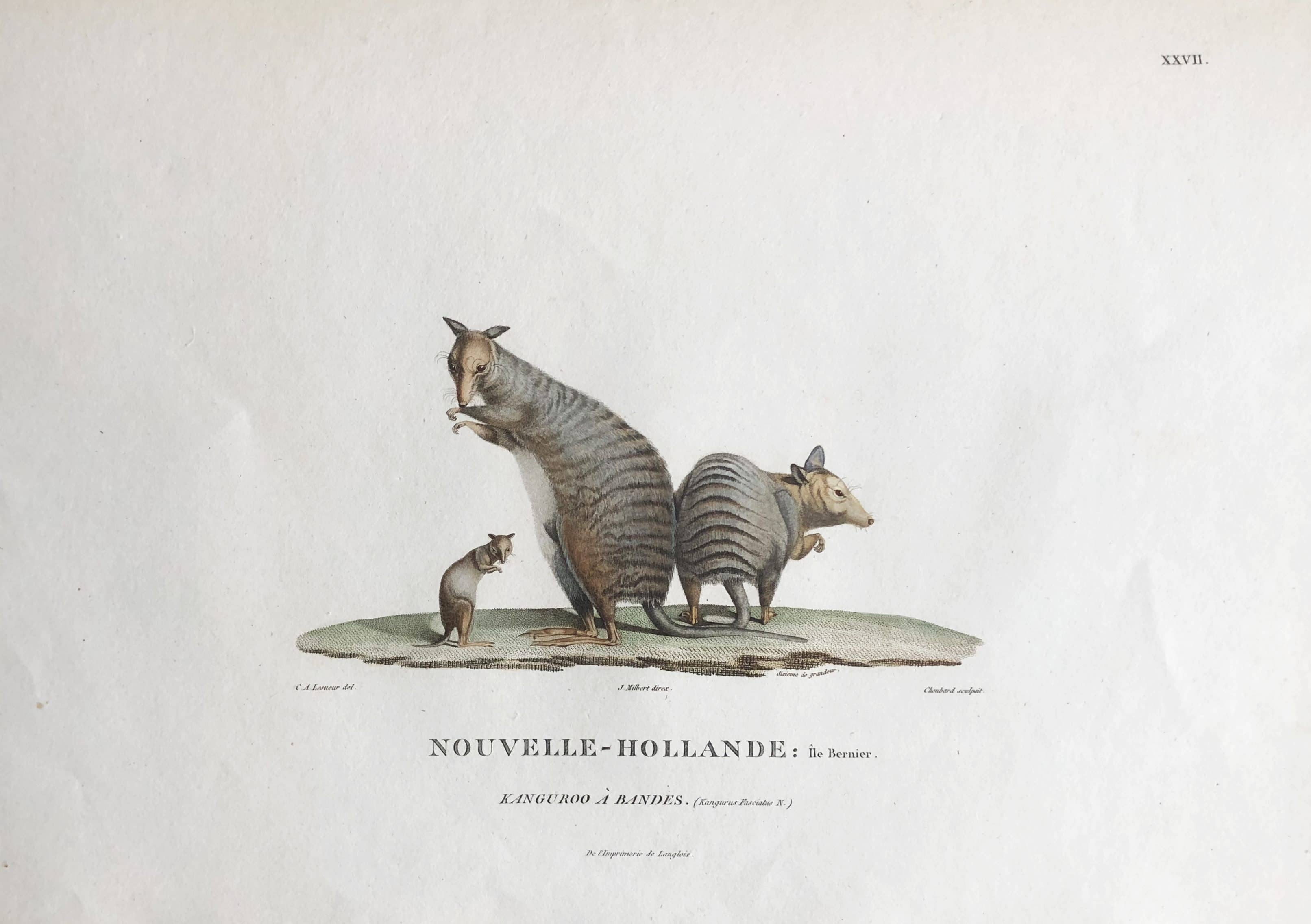 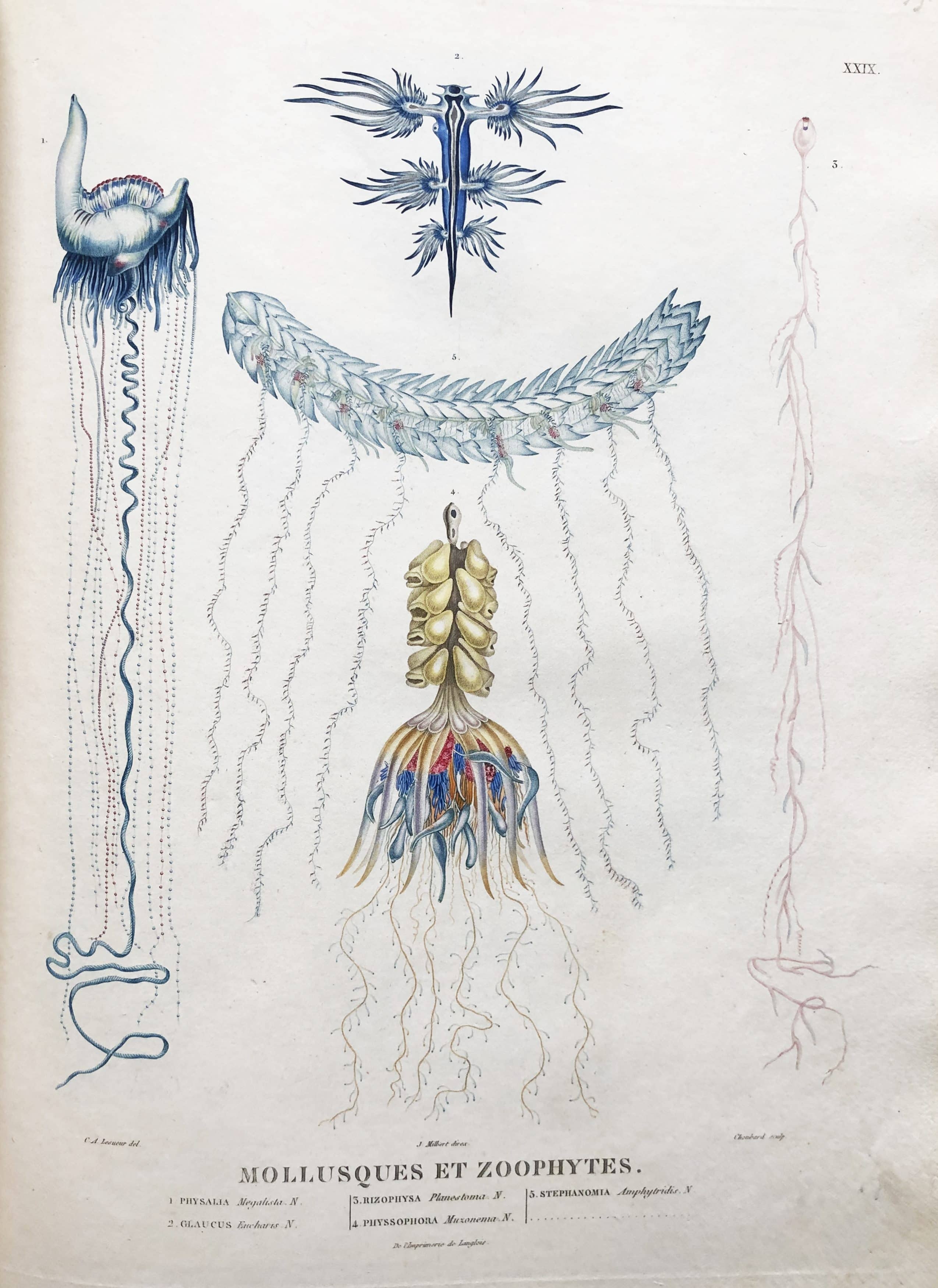 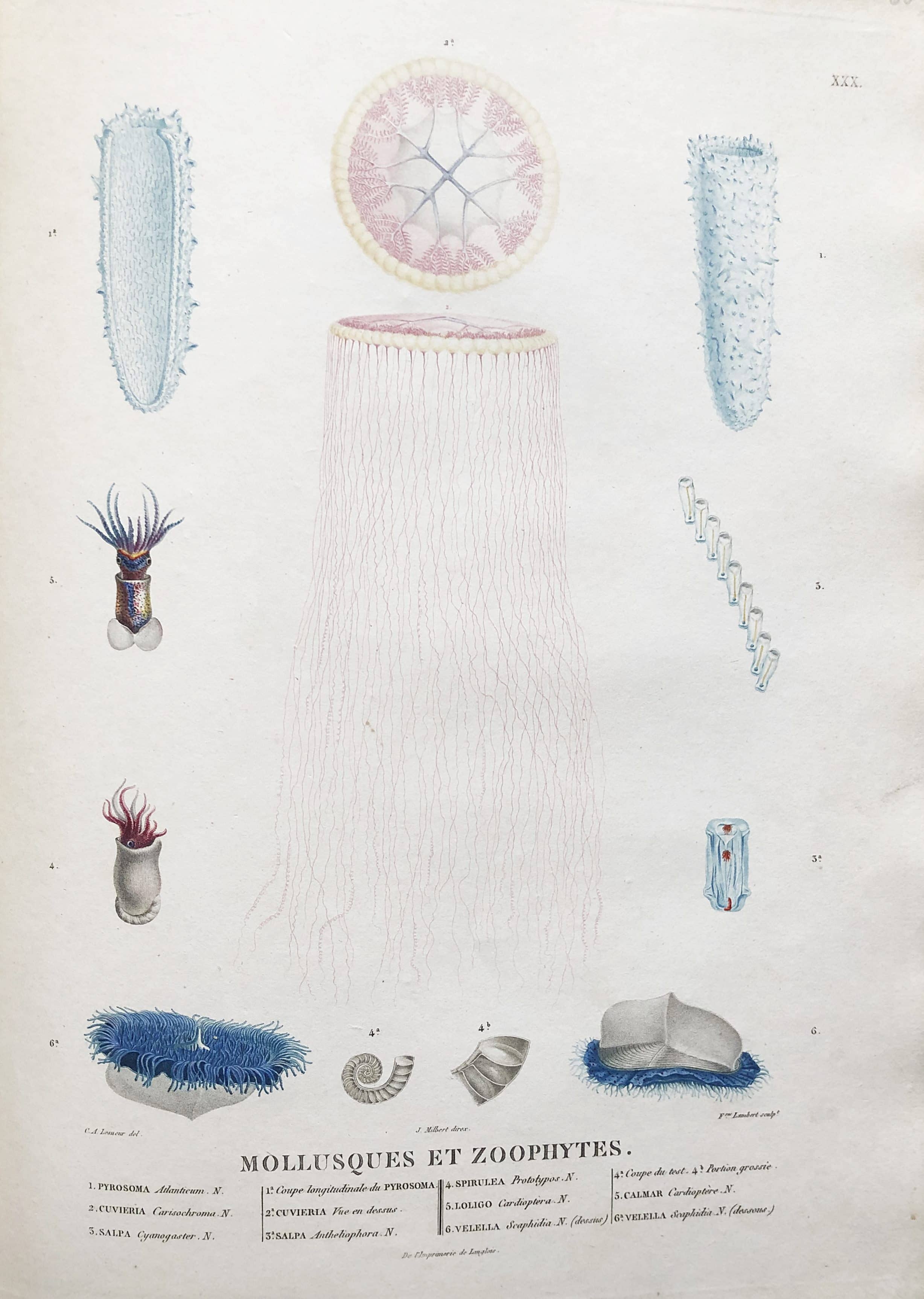 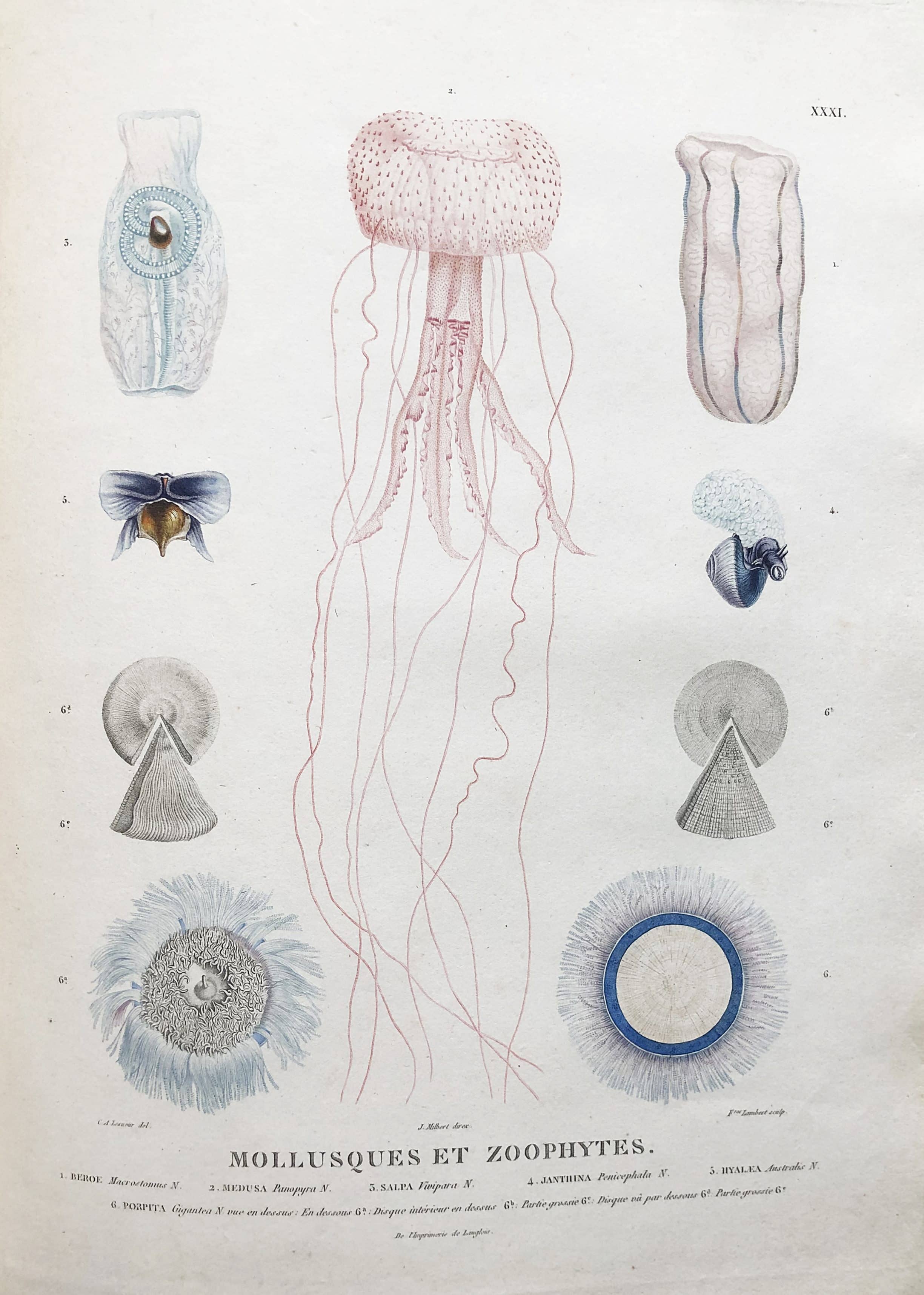 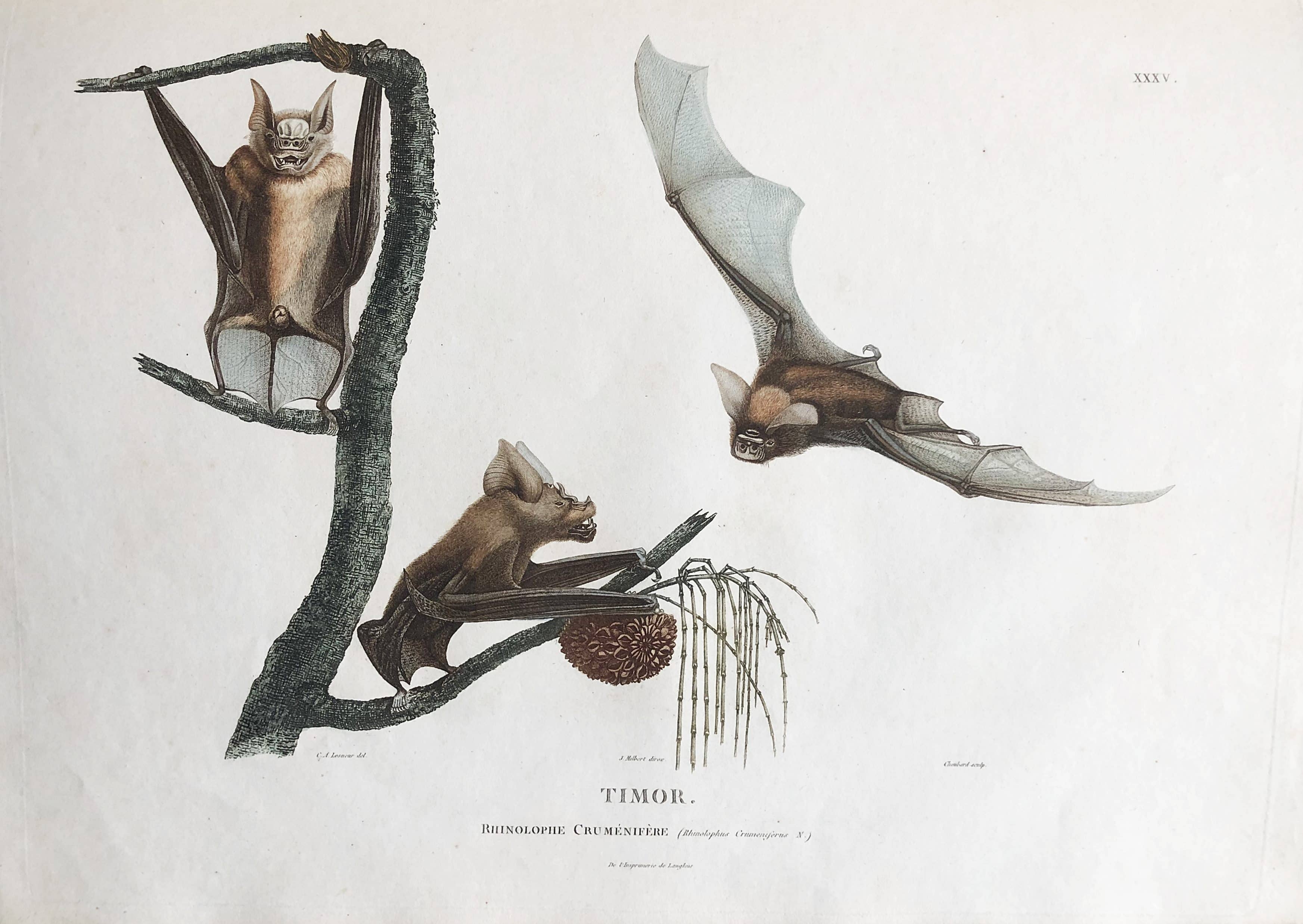 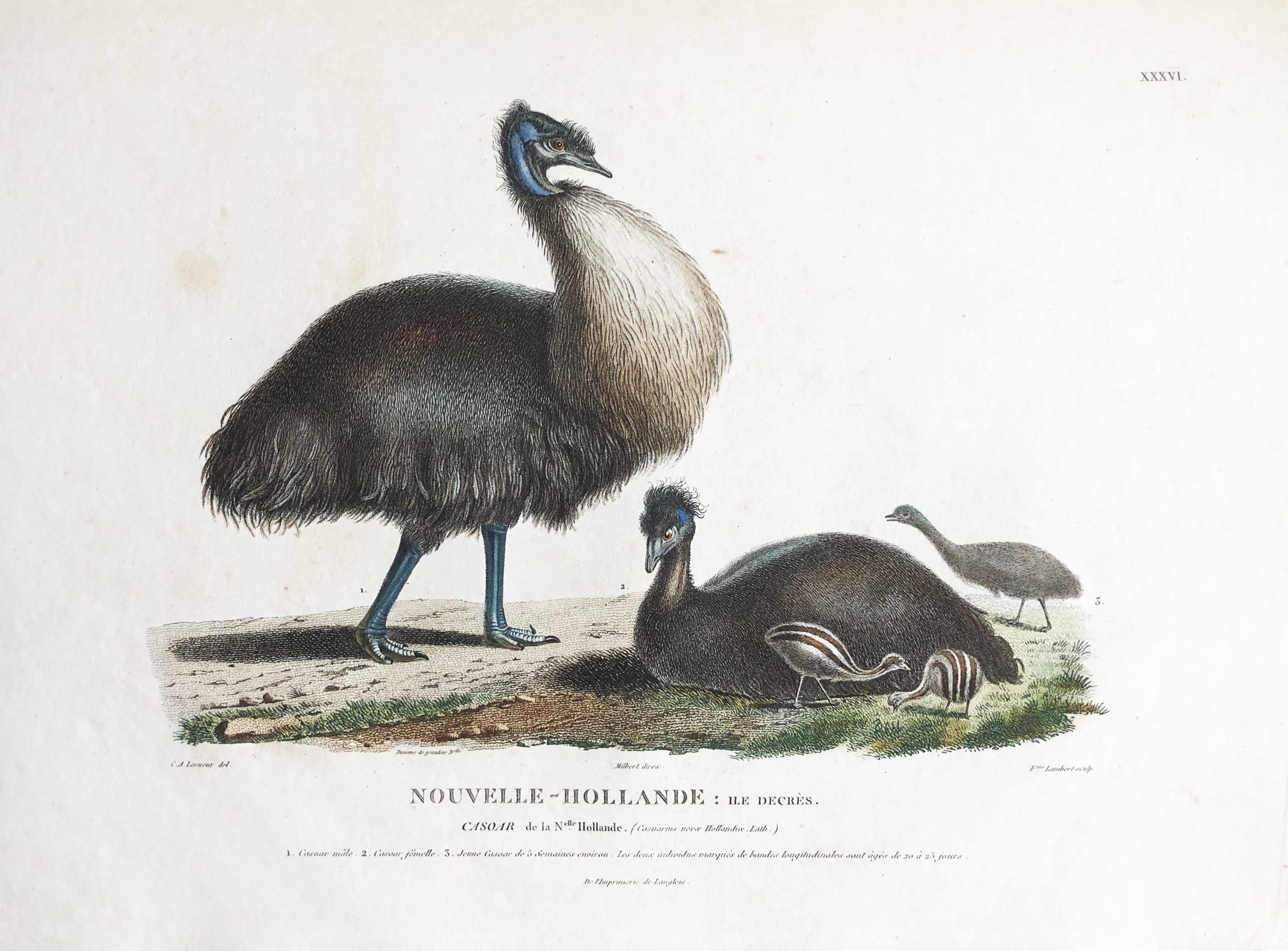 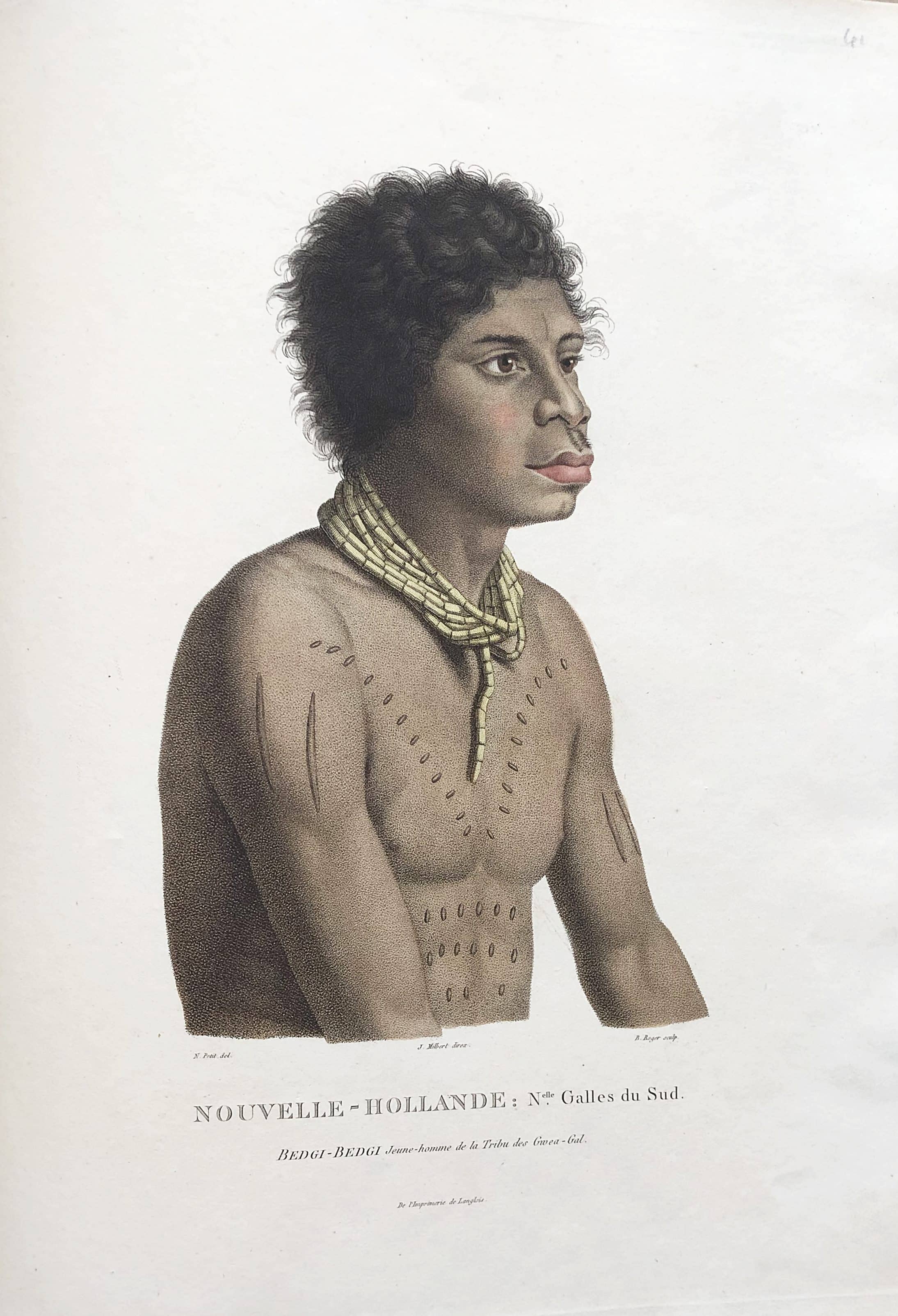 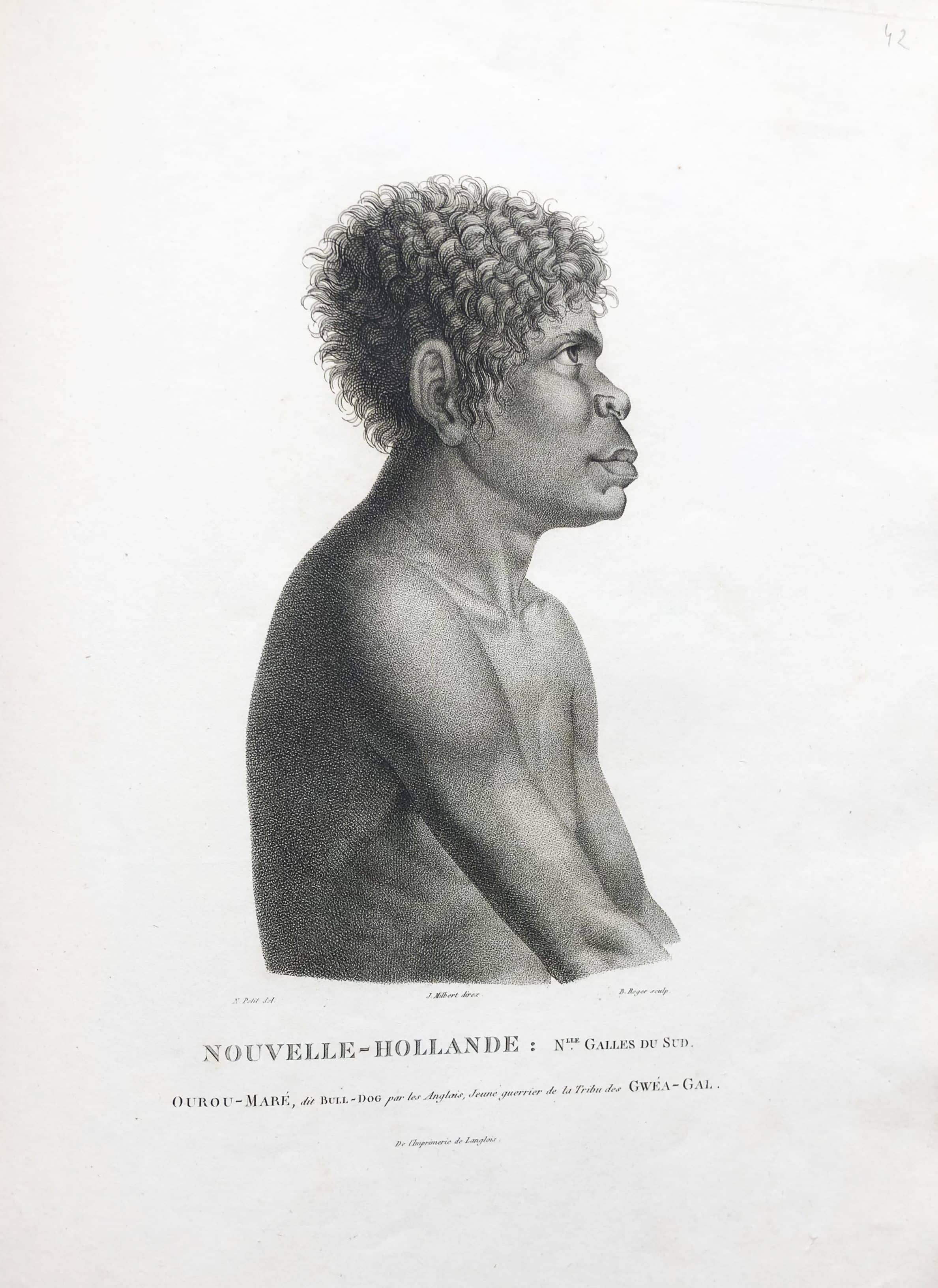 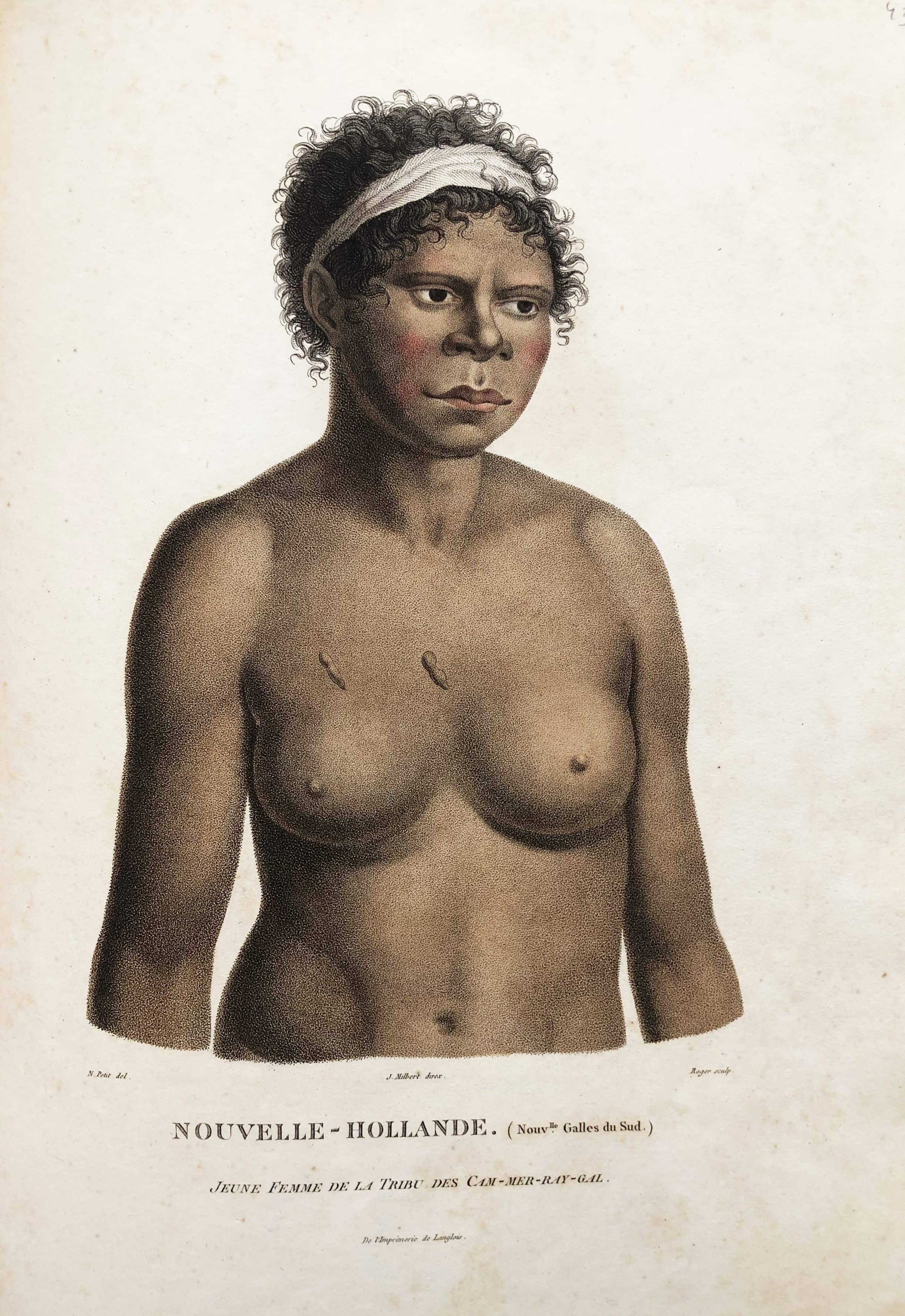 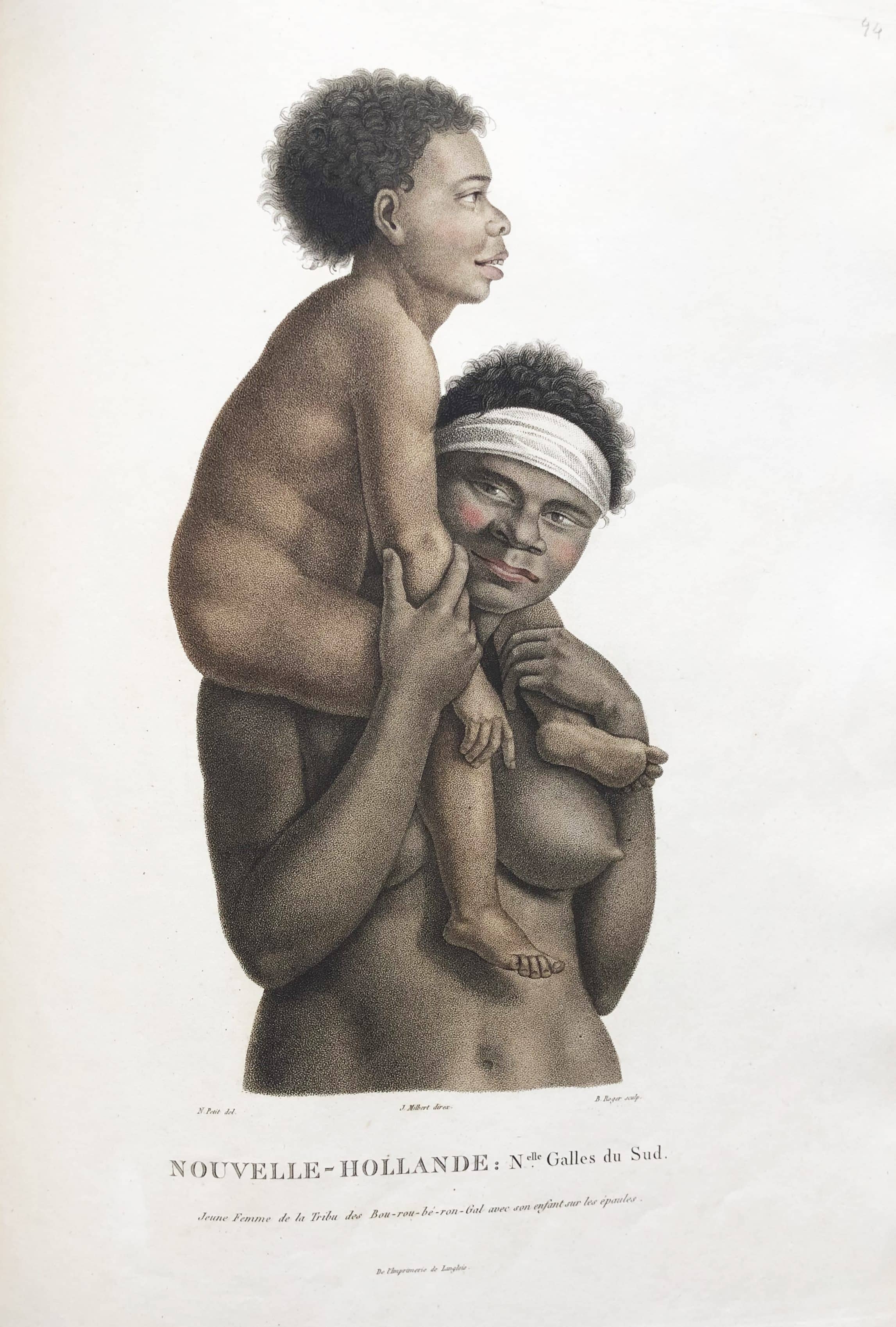 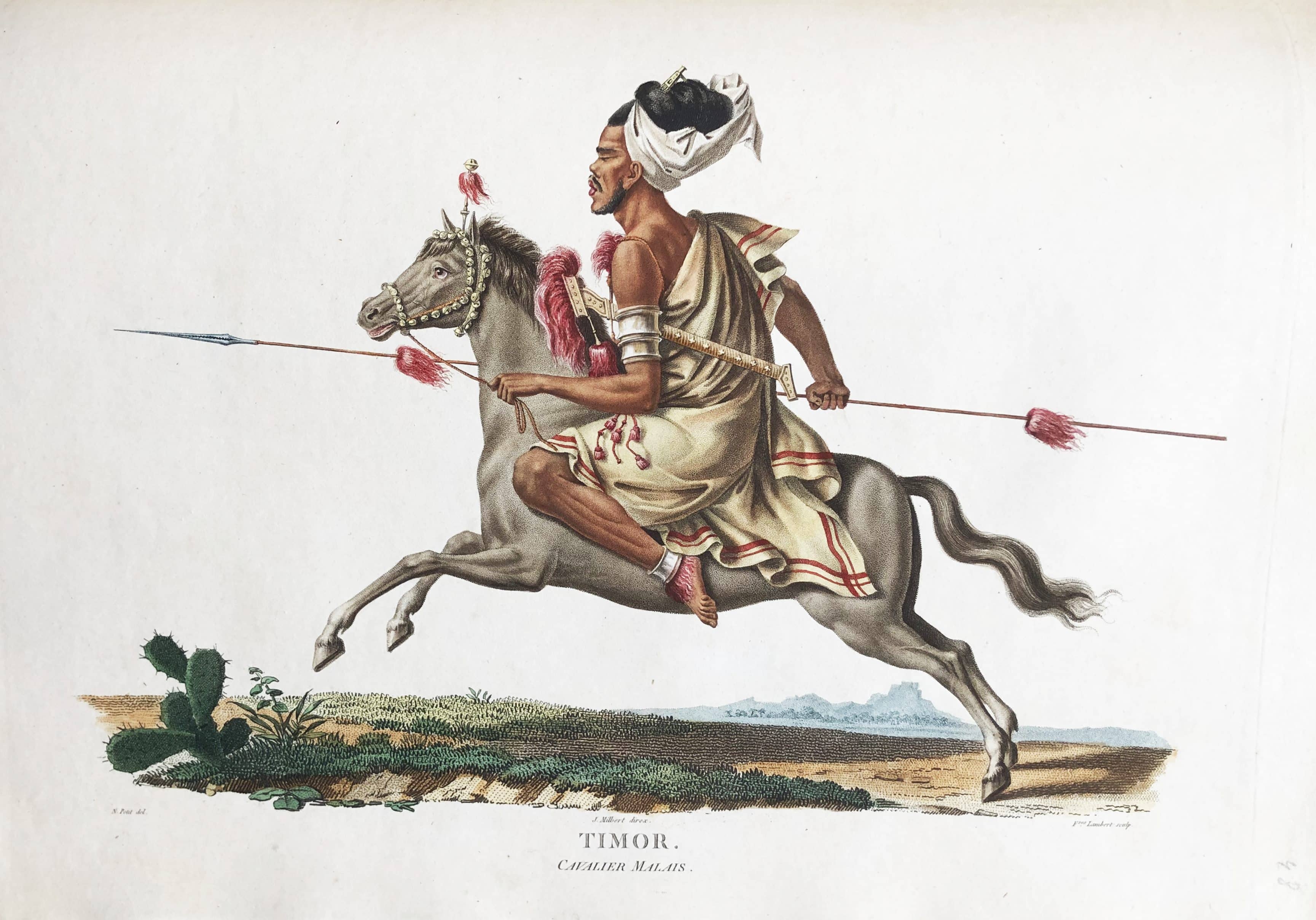 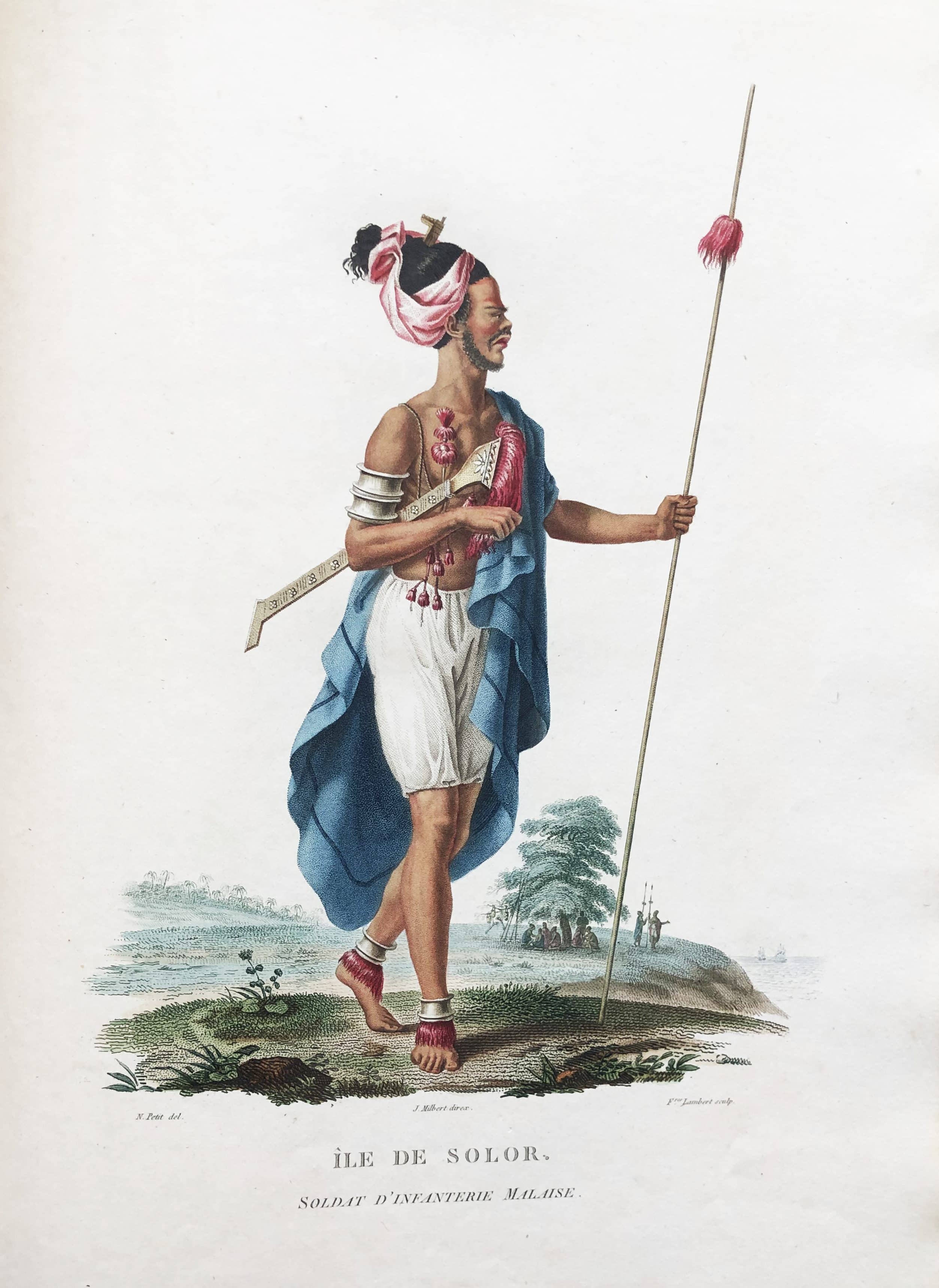 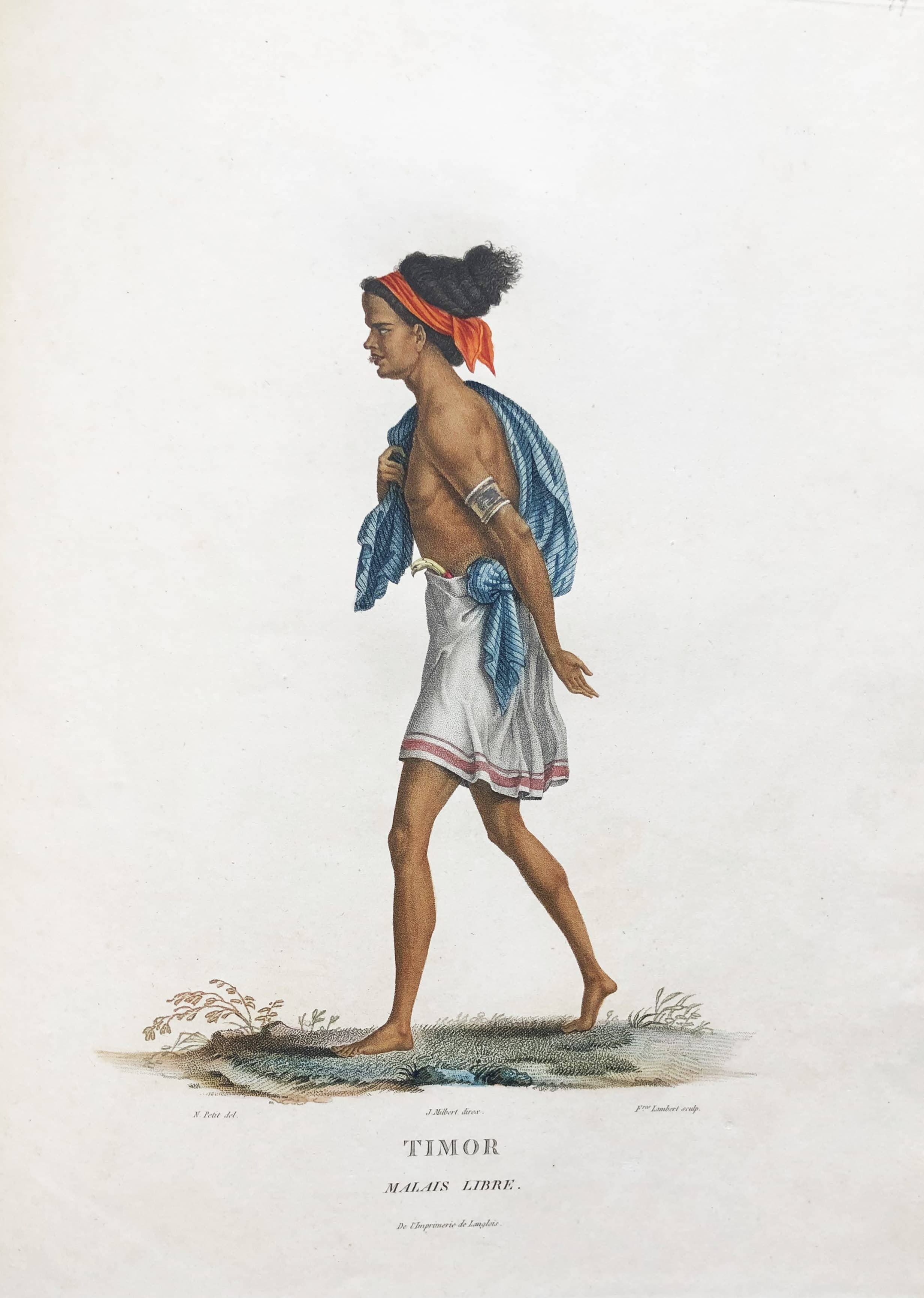 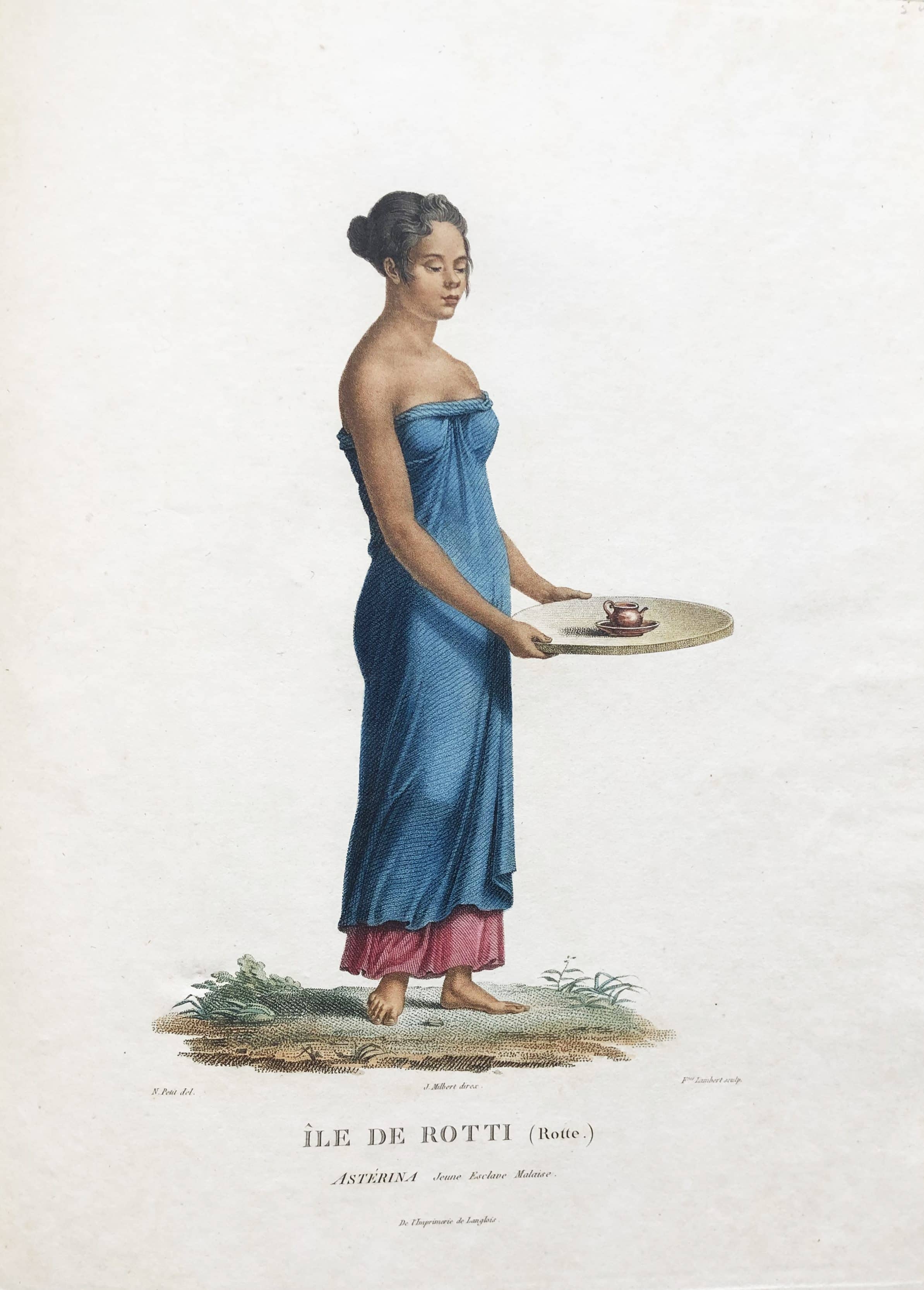 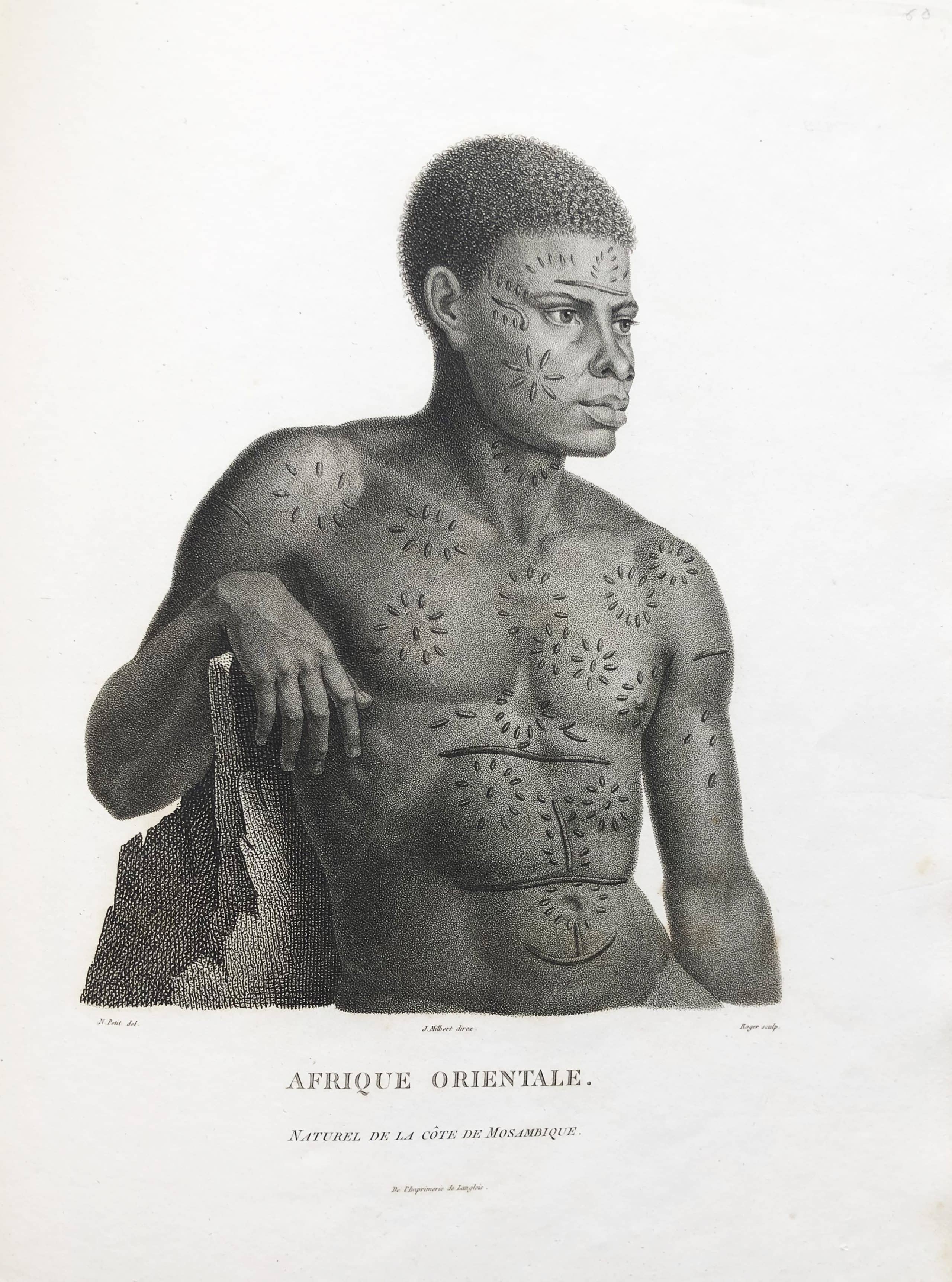 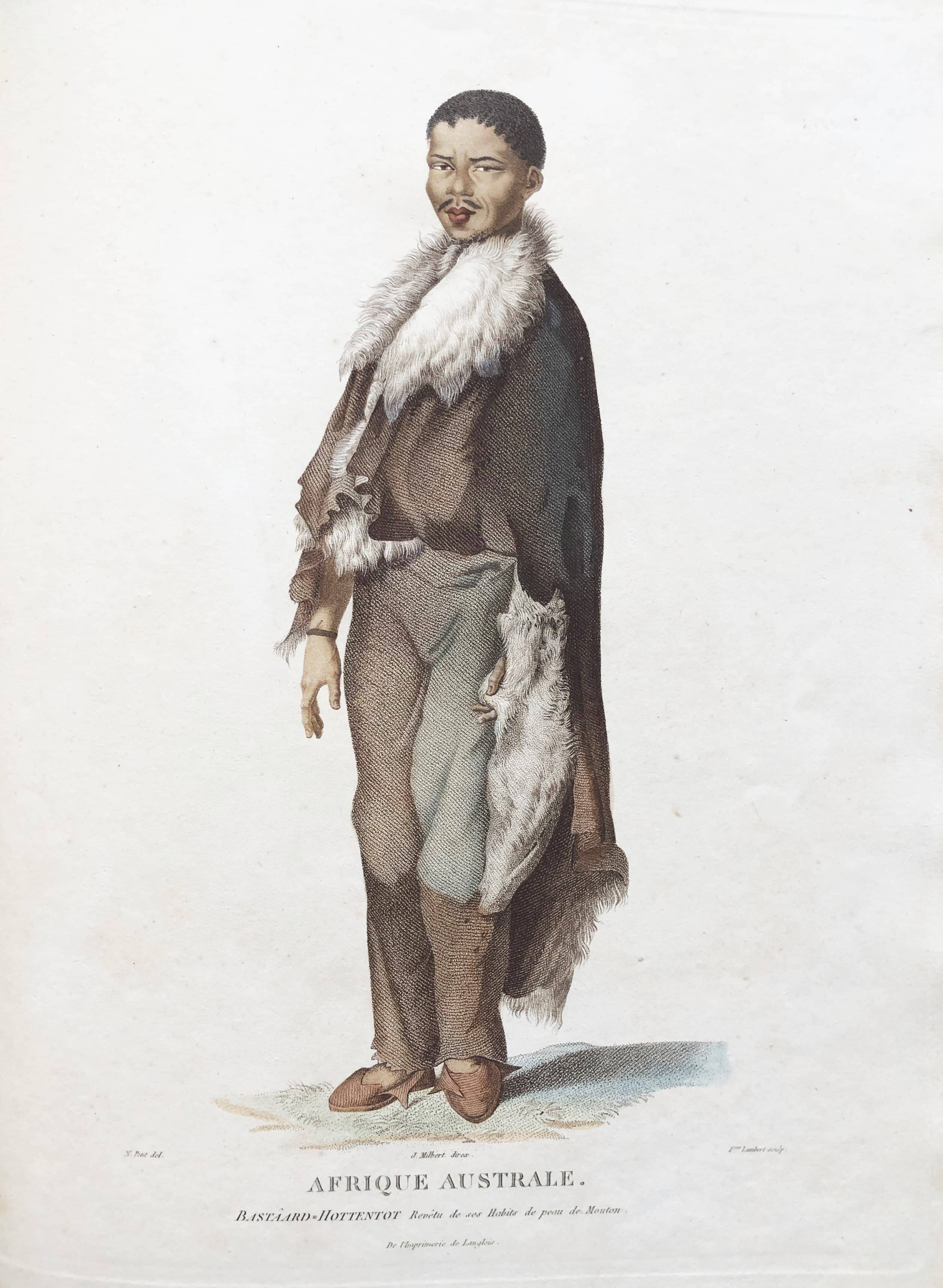