18th century drawing after Paolo Veronese’s „Adoration of the Shepherds“

Paolo Veronese’s The Adoration of the Shepherds was originally painted in 1557 for the altar of the Scuola dei Tessitori in the church of the Cruciferi (Venice). Today, the painting hangs in the Rosary Chapel of the Basilica of Santi Giovanni e Paolo (Venice). The Adoration of the Shepherds has been a popular motif in Christian art since the Middle Ages. The scene depicts shepherds witnessing the baby Jesus in Bethlehem, arriving soon after the actual birth. The motif goes back to the Christmas story in the Gospel of Luke.

Paolo Veronese (1528-1588) is considered an important master of the late Renaissance. His real name was Paolo Cagliari. He became known, however, with the suffix „Veronese“, after his birthplace Verona. 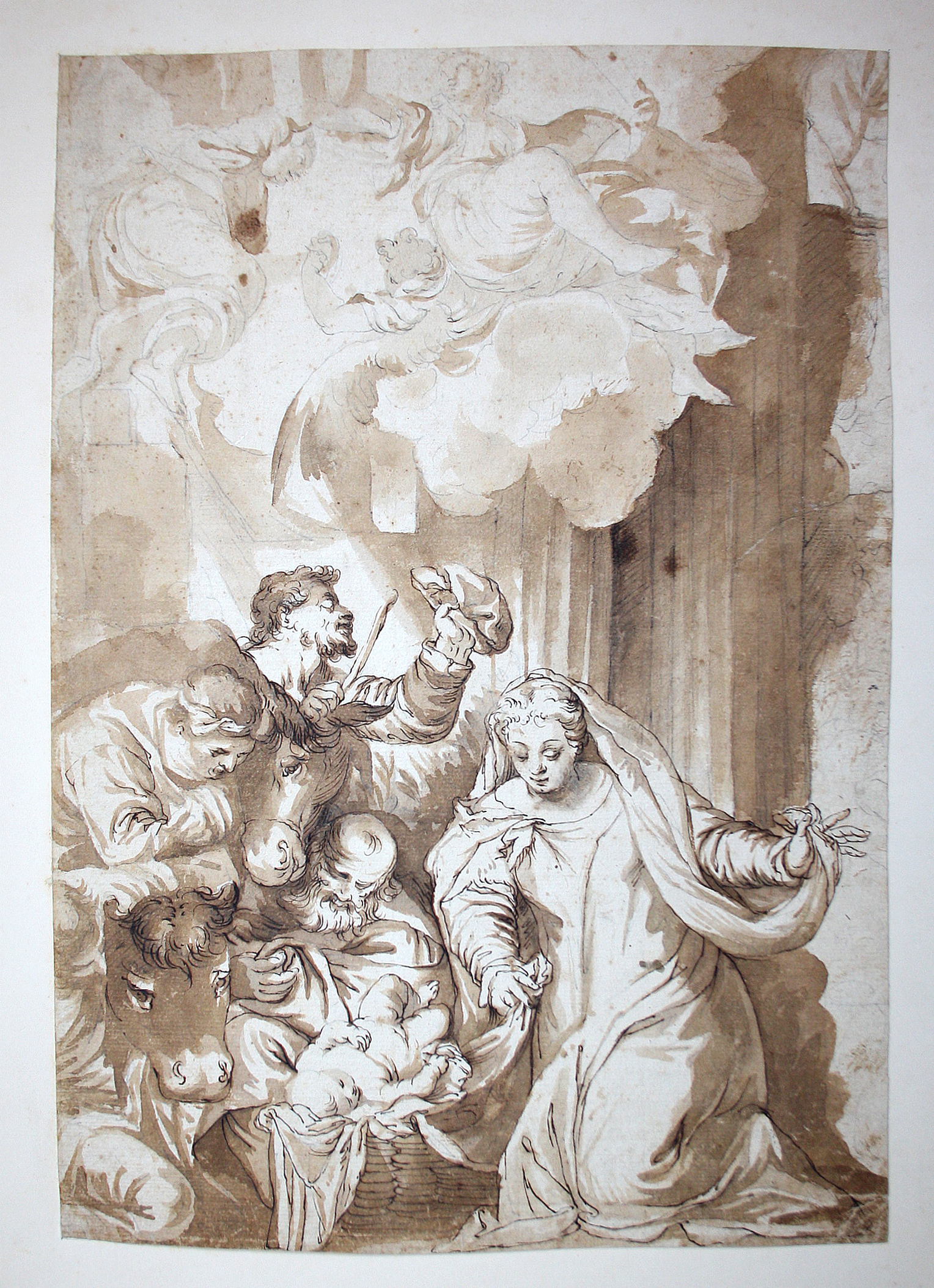