Very interesting neoclassical design for a ceiling painting. The scene is inspired by Guido Reni’s ceiling fresco Aurora for the Casino adjacent to the Palazzo Pallavicini-Rospigliosi in Rome. It depicts Aurora sprinkling rose petals, leading Apollo in his horse-drawn chariot, surrounded by female „hours“. In the sky flies the putto Phosporus with a torch. The draft has been wrongly attributed to Giovanni Battista Tiepolo on the right bottom.

The Aurora fresco is one of the most famous works of Guido Reni and has been reproduced many times. Byron declared that this fresco alone was worth a trip to Rome, and Jacob Burckhardt considered it the most successful painting of the last two hundred years. At the end of the 19th century, Edward Francis Searles, with the approval of the Italian government, had a marble copy made for his Serlo Organ Hall.

The present artist took over the image division of Reni but changed the presentation and number of the figures, and Apollo now appears in the pose of a Roman commander. 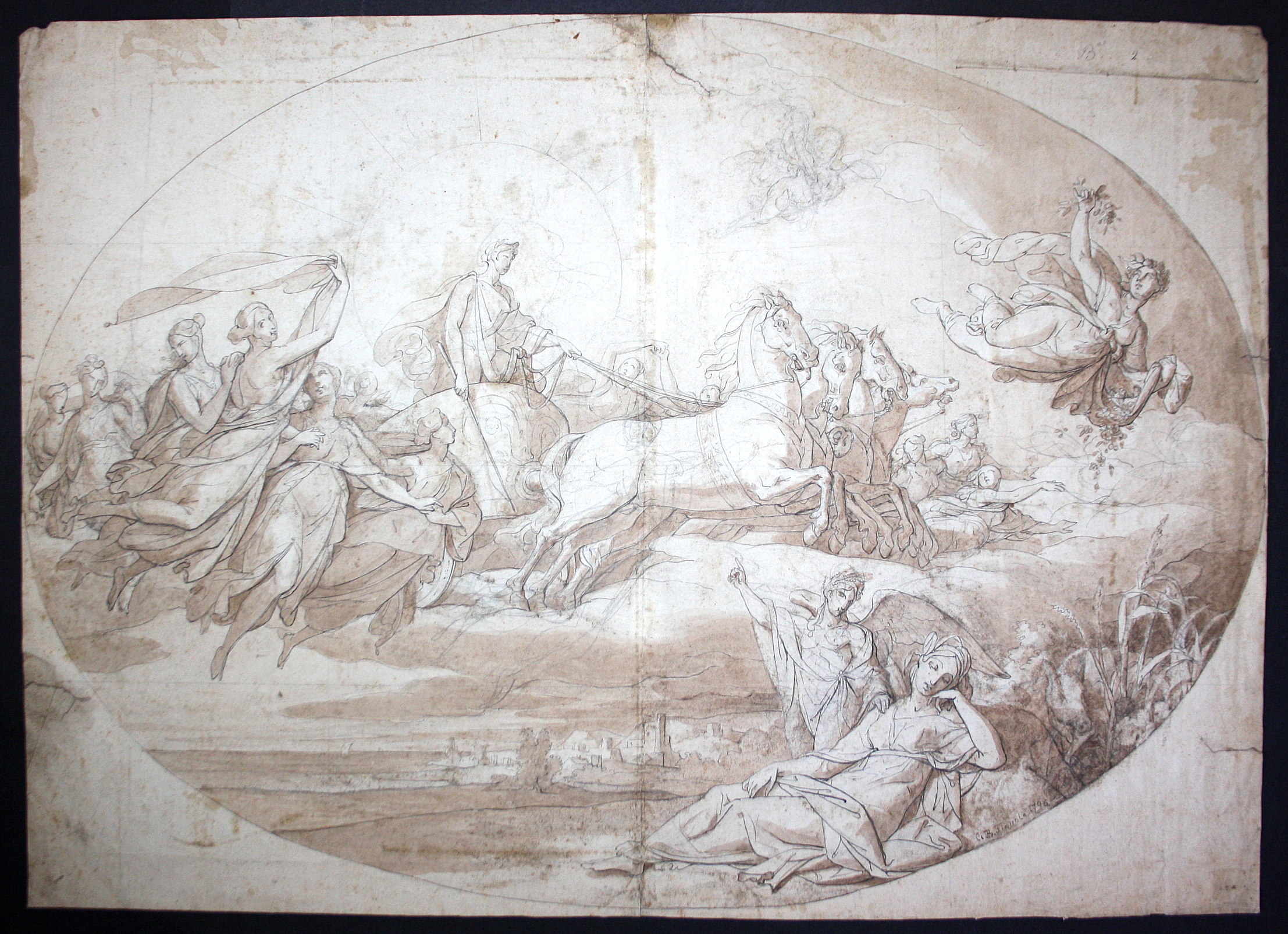