18th century design for a Baldachin by Filippo Vasconi

Filippo Vasconi was an Italian architect and engraver. He was a nephew of Carlo Fontana (1638-1714). His father was agent of Grand Duke Cosimo III de ‚Medici, while his mother was the daughter of Carlo Fontana and sister of Francesco Fontana (1668-1708). In 1706, he met the architect and set designer Filippo Juvarra (1678-1736), both combined a longlife friendship. Vasconi, Domenico Gregorini (1692-1777), Pietro Passalacqua (1690-1748, nephew of Juvarra) and the painter Placido Romoli (1690-1750) formed a group of artists sponsored by Cardinal Ottoboni and admitted to the prestigious Pontifical Academy of the Virtuosi al Pantheon. Vasconi is mostly known for his architectural engravings as well as his engravings after drawings and paintings by other artists. In later years his activity specialized more and more towards the representation of machines and other equipment used in parties and celebrations, and the depiction of festivals.
Besides the two designs in our inventory, we were able to locate only one other drawing which can be attributed without doubt to Vasconi. It is the first draft in an album by Filippo Juvarra, today in the Metropolitan Museum of Art. The present drawing is most likely the only known signed drawing by Filippo Vasconi. – Very rare. 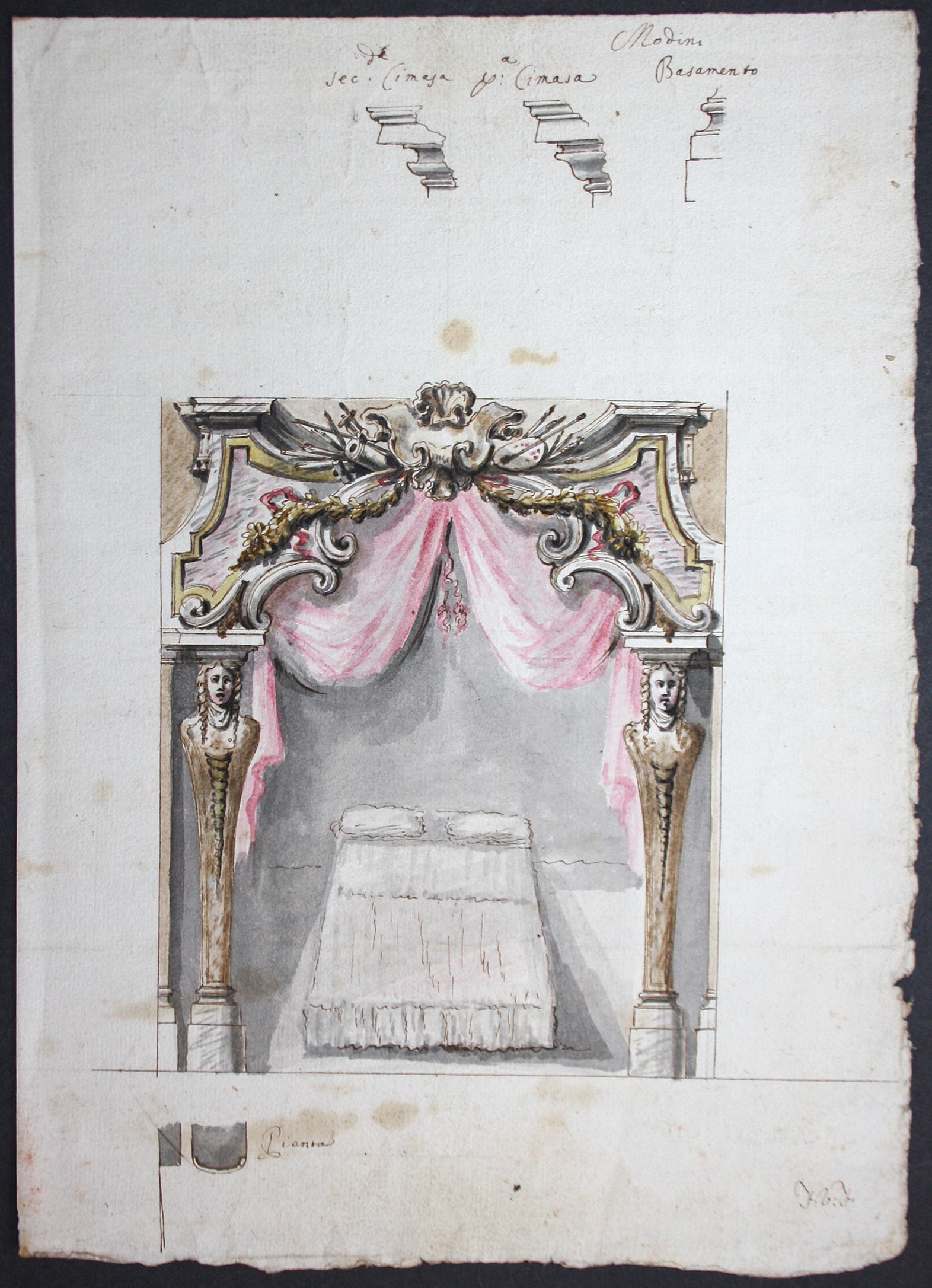