Antonio Amorini was a Bolognese historian, archeologist and art critic. He was a friend of Leopoldo Cicognara (1767-1534). The French invasion, with its different urban changes, destruction and desecration of churches and chapels, stimulated him to a systematic work of conservation, salvage or at least of description of the works destined to destruction. In this context, he possibly created the present sheet after a very rare engraving by Francesco Rainaldi (1770-1805) and Giuseppe Castagnoli (1754-1832) which we were able to locate in only one copy in the Museo Correr, Venice. The drawing depicts the funeral monument to Alessandro Pepoli (1757-1796), which was located in a side chapel of the Santa Trinita church in Florence. Pepoli was an Italian librettist and author of tragedies. In 1795 he published a summary translation of John Milton’s poem Paradise Lost. 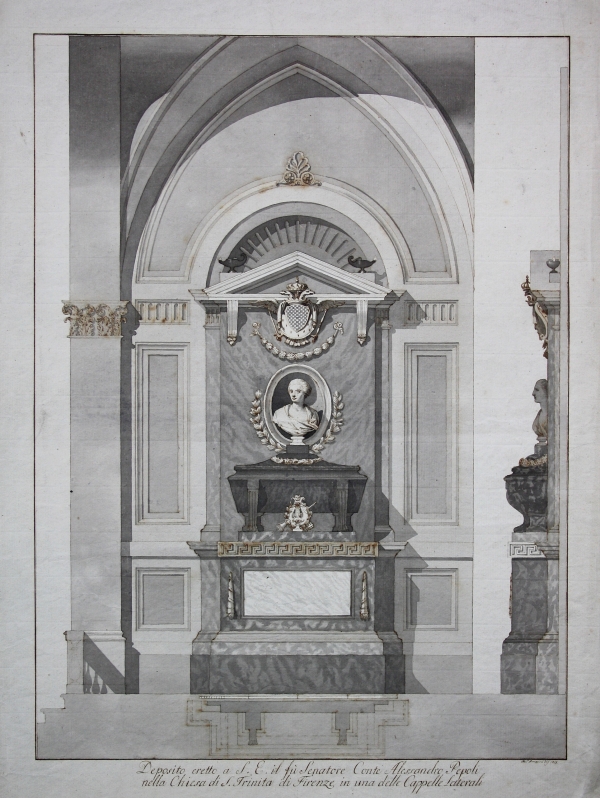