First edition of French botanist’s Jacques-Julien Houtou de Labillardière’s (1755-1834) travel report of the expedition he took in search of the French navigator Count of La Perouse, who had been missing for 3 years. This work gives an account of the 1791-1793 d’Entrecasteaux expedition to Australasia.

This very popular account of the crew’s journey north from Australia – the island of New Guinea, the Solomon Islands, Tonga, New Caledonia, Tasmania, the north island of New Zealand – also managed to produce a first mapping of the flora and fauna of the region, as well as accounts of the indigenous people, their customs, habits and language. At the end of the second volume, a vocabulary is included that lists various words from indigenous languages and their French translation.

The expedition used two boats with symbolical names: „La Recherche“ and „l’Esperance“ on which 219 crew members embarked. The crew did not manage to find La Perouse, therefore its achievement stands in the work produced as a consequence of the expedition. While the boats were travelling across Oceania, in Europe the French Revolutionary War was breaking out and upon reaching the island of Java all of the material collected and written by Labillardiere was seized by British authorities. After a thorough campaign for the return of his collections, he managed to get them back to France in 1796 and he published the present work in 1799.

The account is written in the manner of a journal, with a narrative form. The 2 volumes are dedicated exclusively to Labillardiere’s narrative account of the expedition, while the third large-format volume is dedicated to illustrations and maps pertaining to the visited areas.

The atlas contains a large folding map and 43 figures representing different life settings (gatherings, meals, transport), portraits of the „savages“, their weapons, fauna and flora (after drawings by Redouté); in its entirety, this constitutes an extremely interesting ethnographic study of the visited areas.

Labillardière’s work represents a very valuable firsthand accounts of one of the most ambitious geographical, scientifical and economical expedition of the 18th century.

The binding of the Atlas somewhat rubbed and bumped; the map with a tear in the lower part of the middle fold (without loss). Pages throughout the atlas with some staining in the lower part (outside of the pictures), occasional staining, otherwise in good condition. 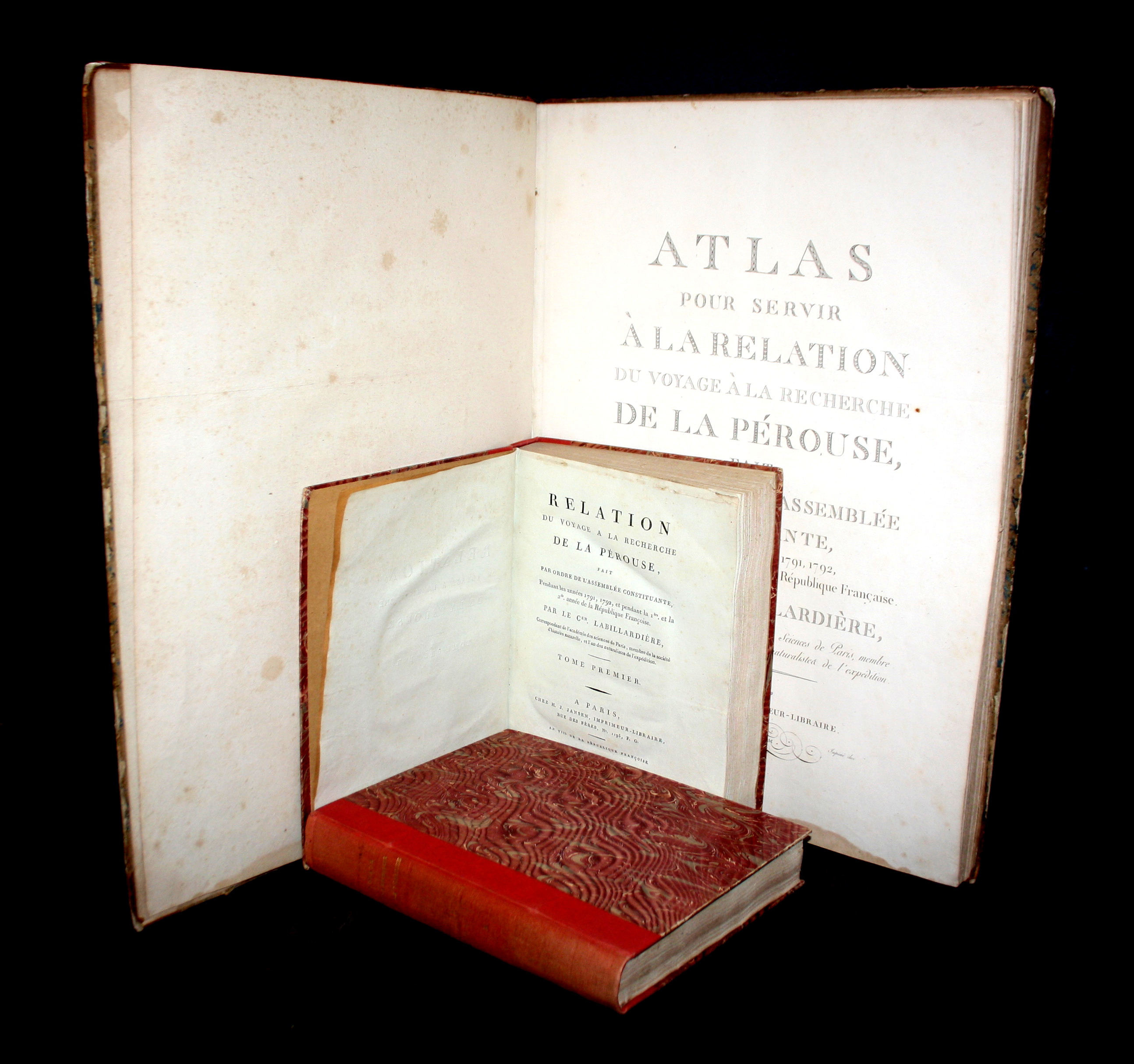 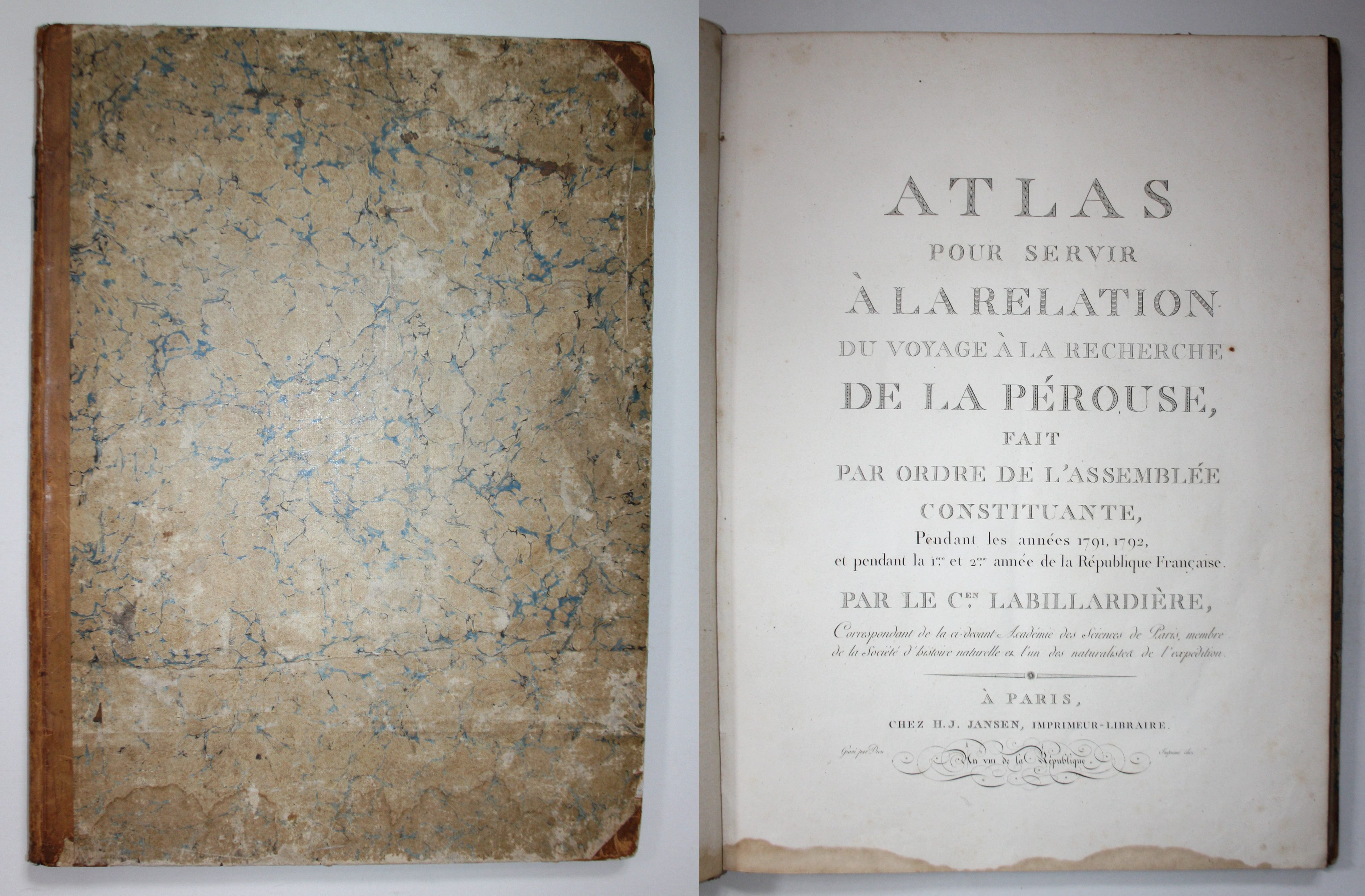 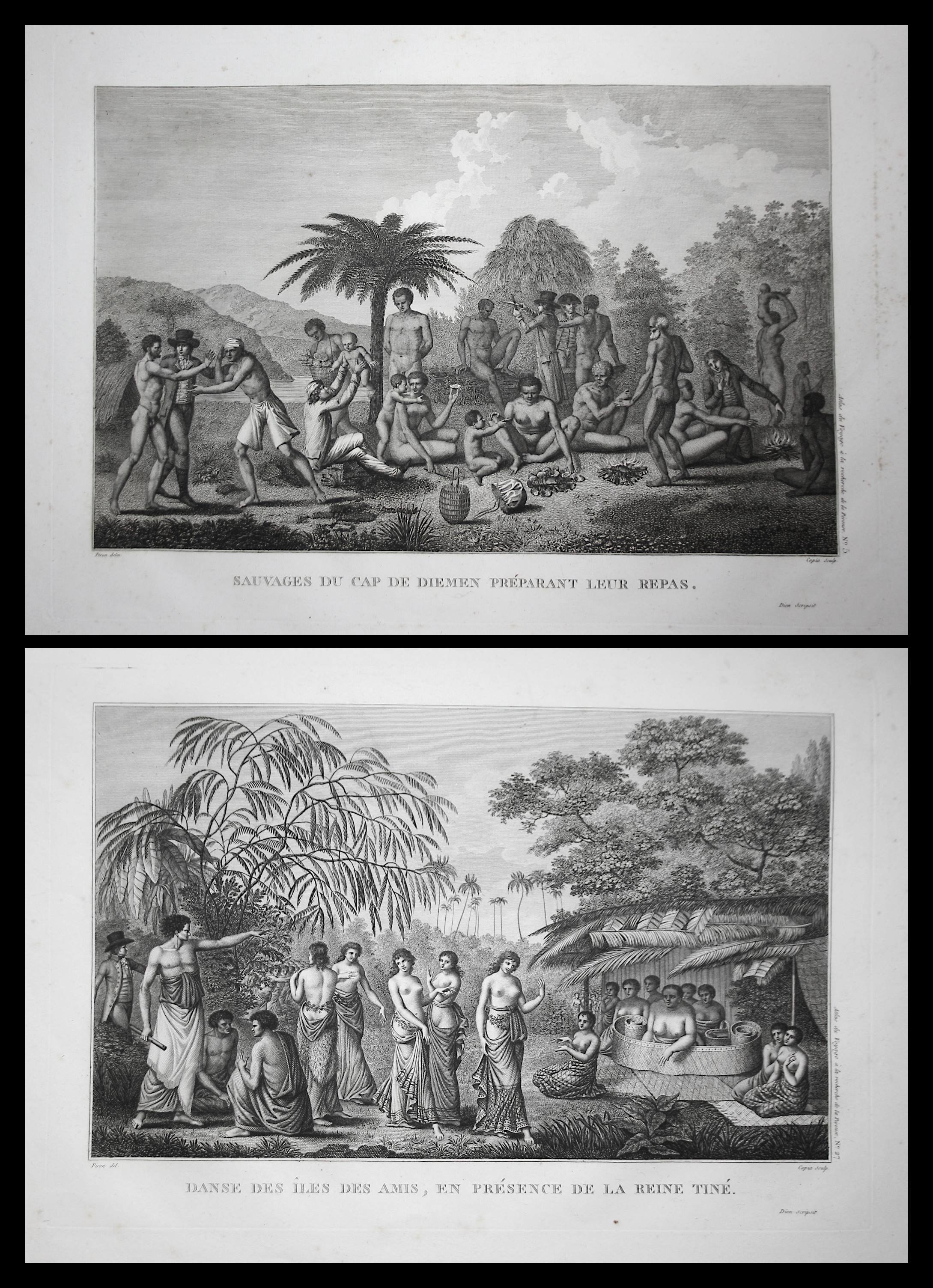 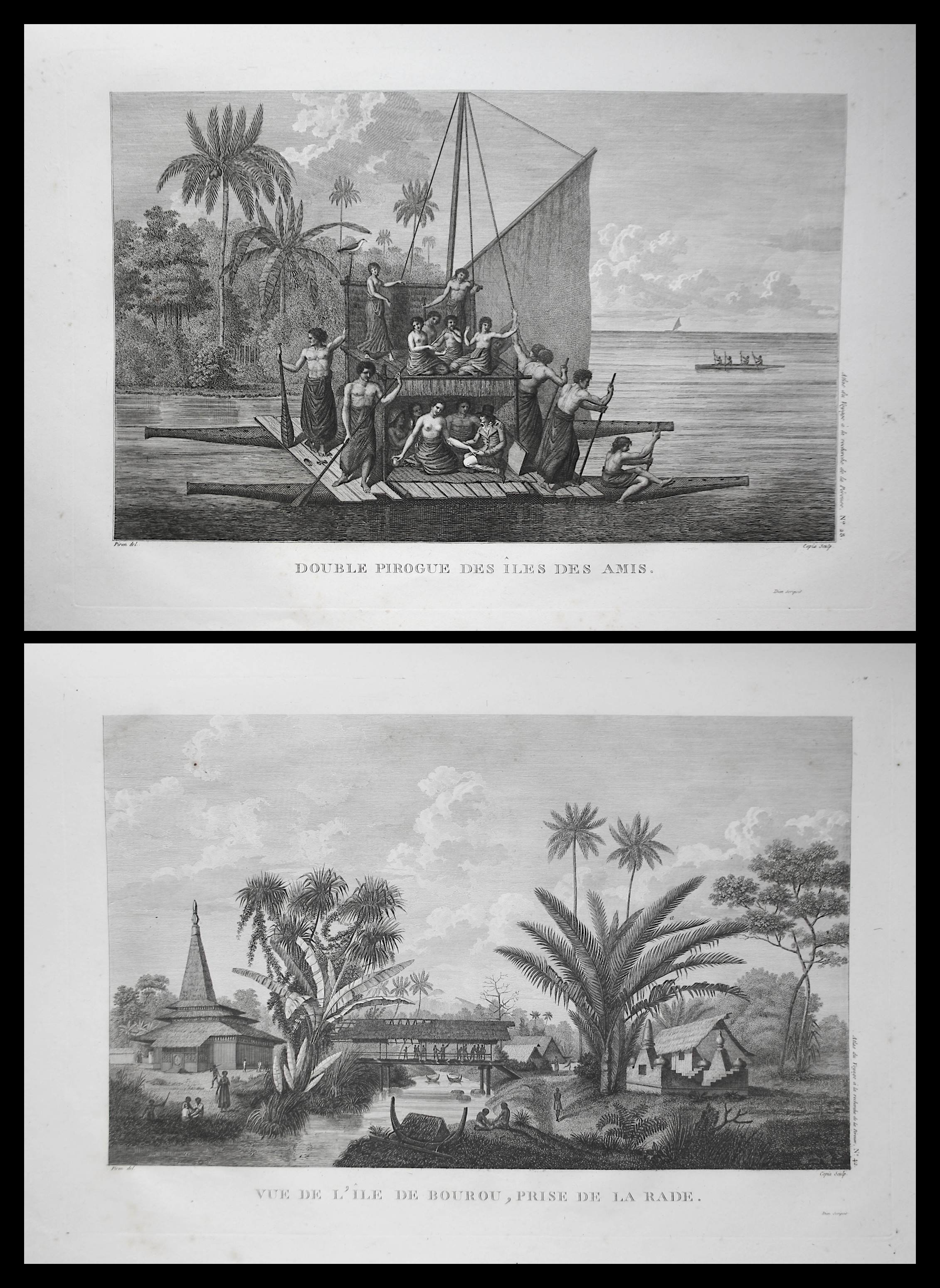 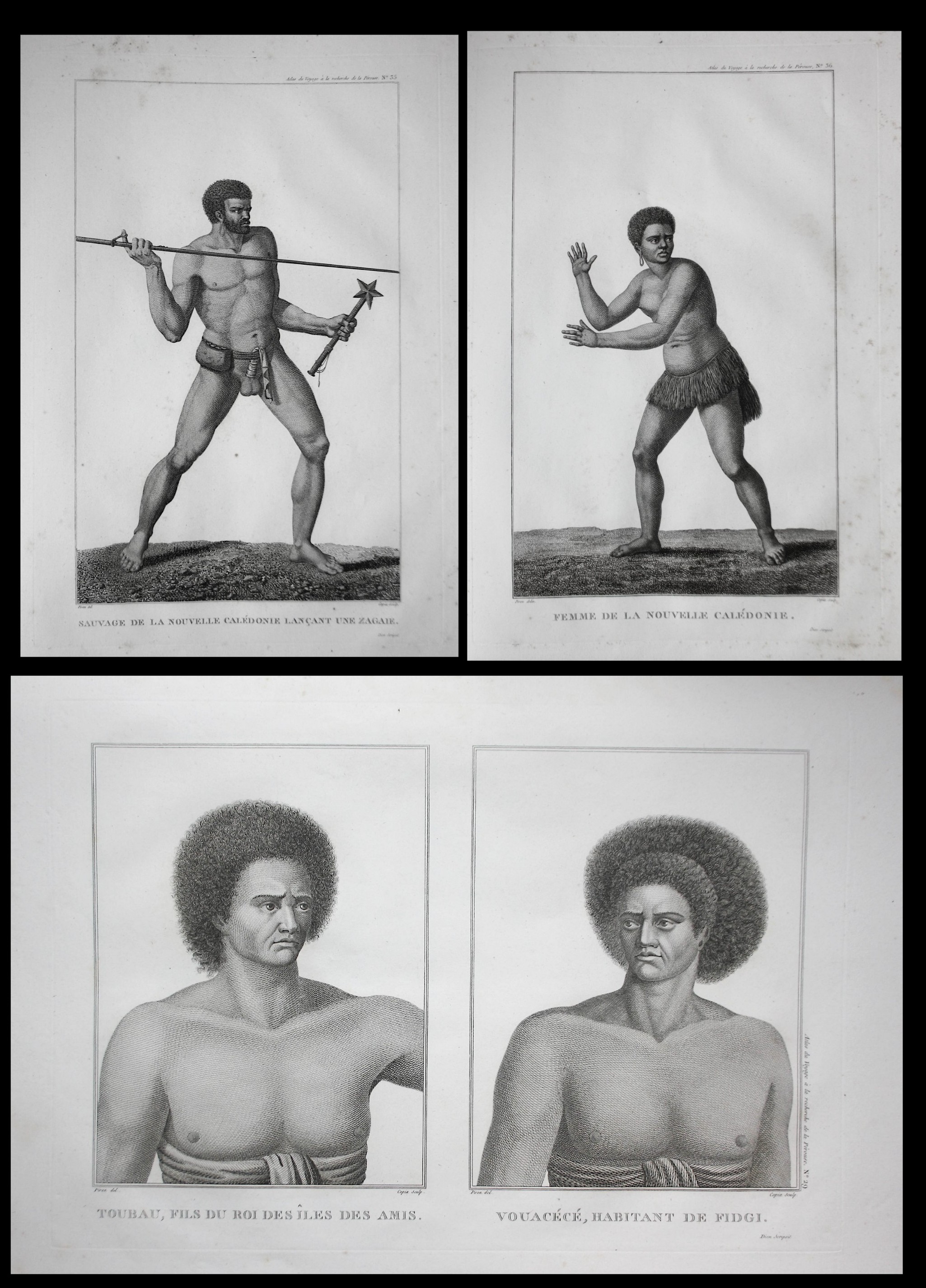 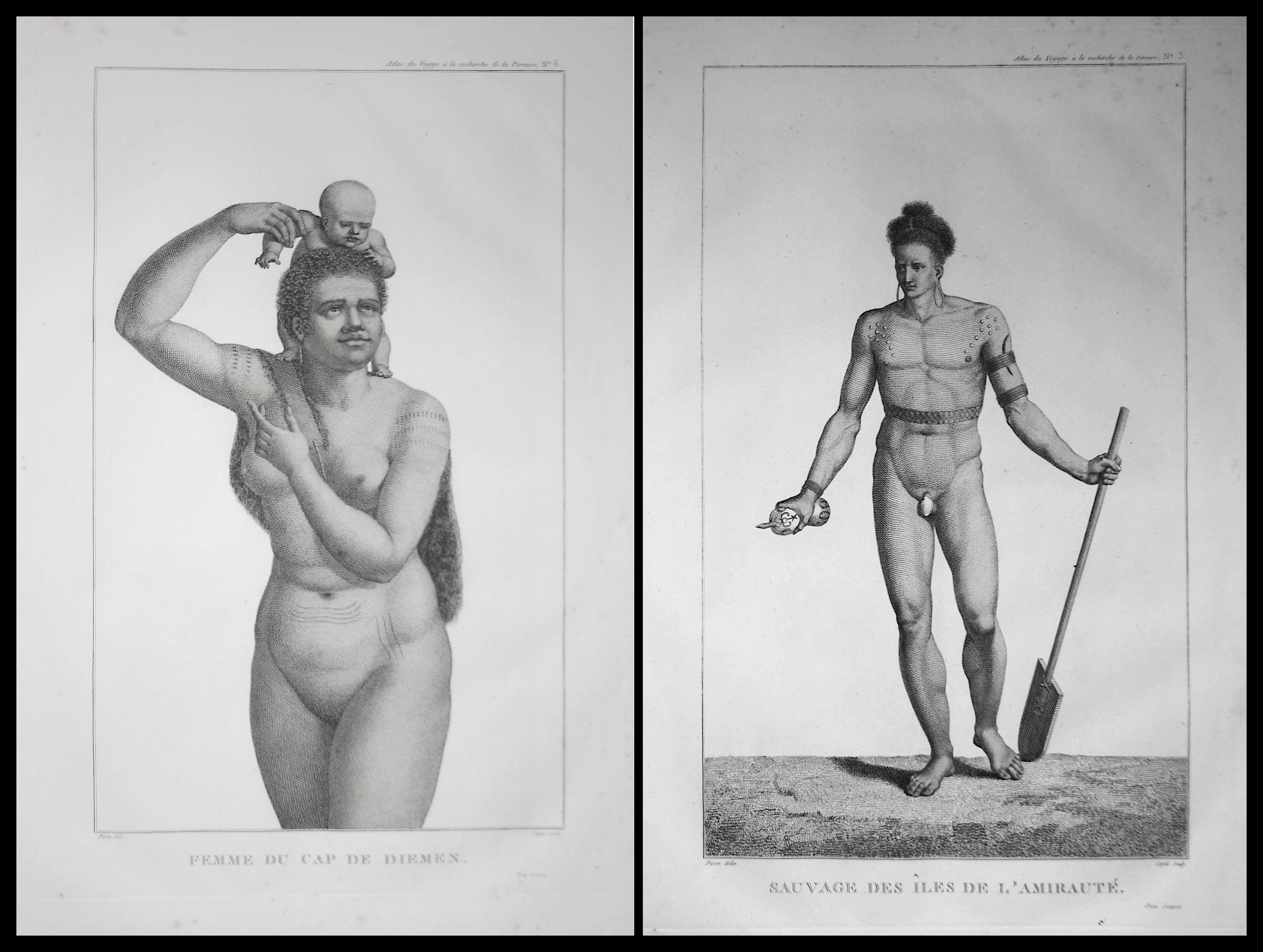 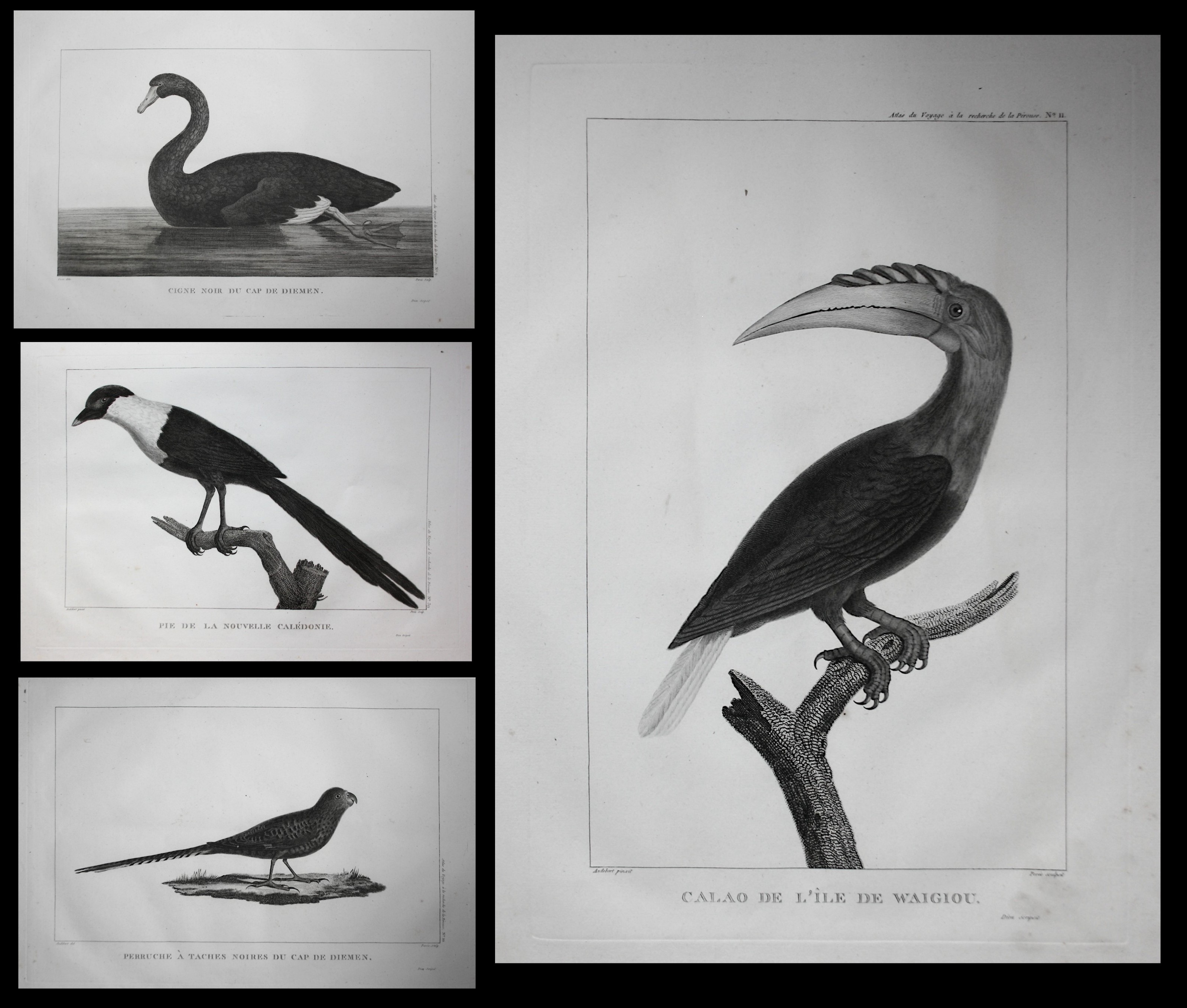 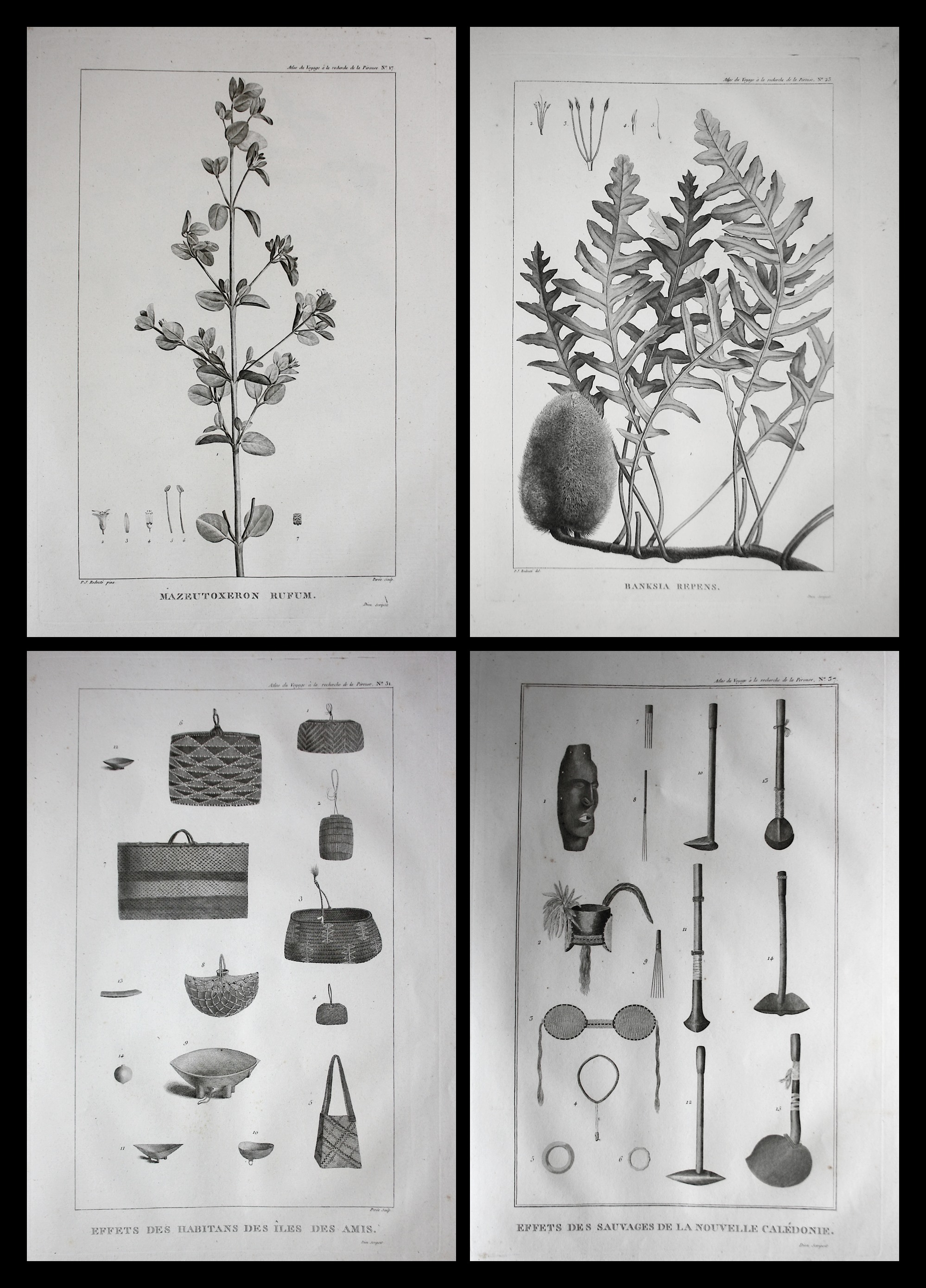 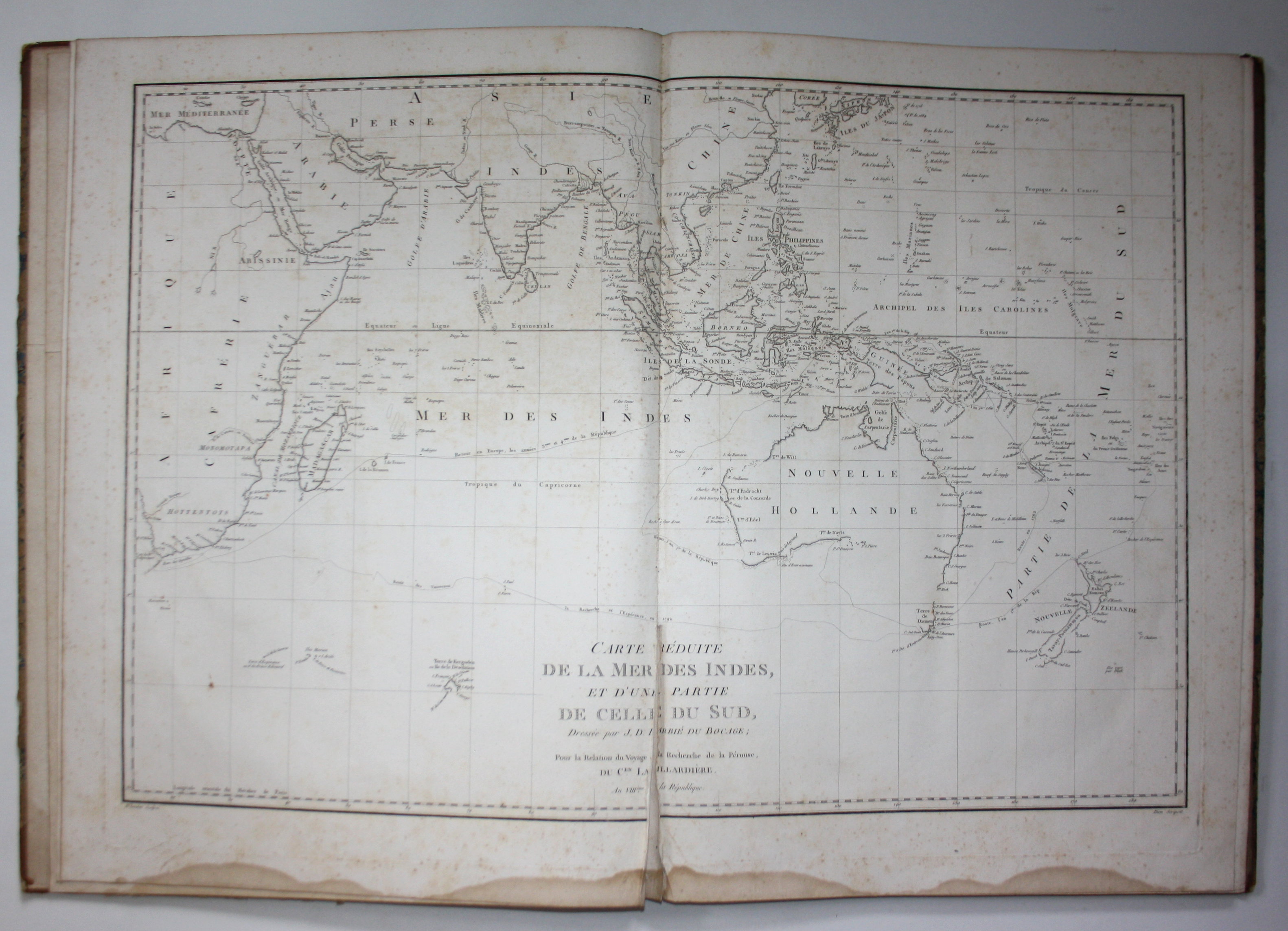