Very rare album refering exclusively to the city of Constantine in Algeria. The photos are signed, titled and numbered (1-25) in plate. The album includes a panoramic view (made up from two plates), a total view, the Place de la Breche, the El Kanatara Bridge and the Rhumel River gorge, two interieur scenes of the Ahmed Bey Palace, the Great Mosque Djemaa El Kebir, several views of the Arab quarter, the Jewish quarter, the Arab market, the Roman aqueduct, the Devil’s Bridge, the Natural Arch, the Cascades of Sidi M’Cid and several landscape scenes from the river Rhumel. Constantine is the capital of the Province of the same name in northeastern Algeria. The city is framed by a deep ravine and has a dramatic appearance. Its topography is unique and it determines the need for bridges. Salah Bey ben Mostefa (1725-1792) greatly embellished the city and built much of the Muslim architecture still visible today.

Alexandre Leroux (1836-1912) was one of the leading photographers in colonial Algiers. He opened his first studio in 1876. After his death, his sons continued to provide prints and postcards based on his glass plates for several years. – Very good condition. 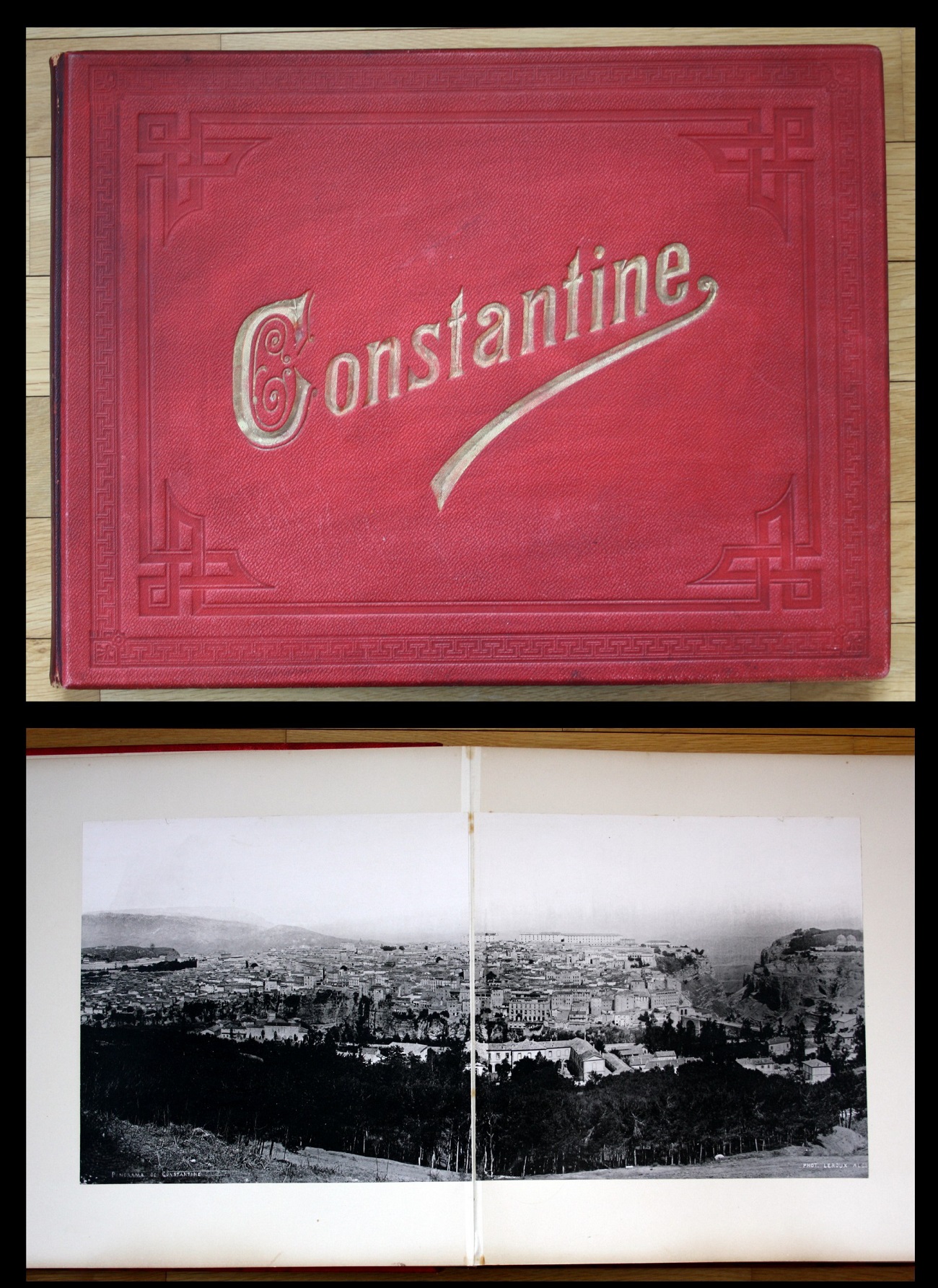 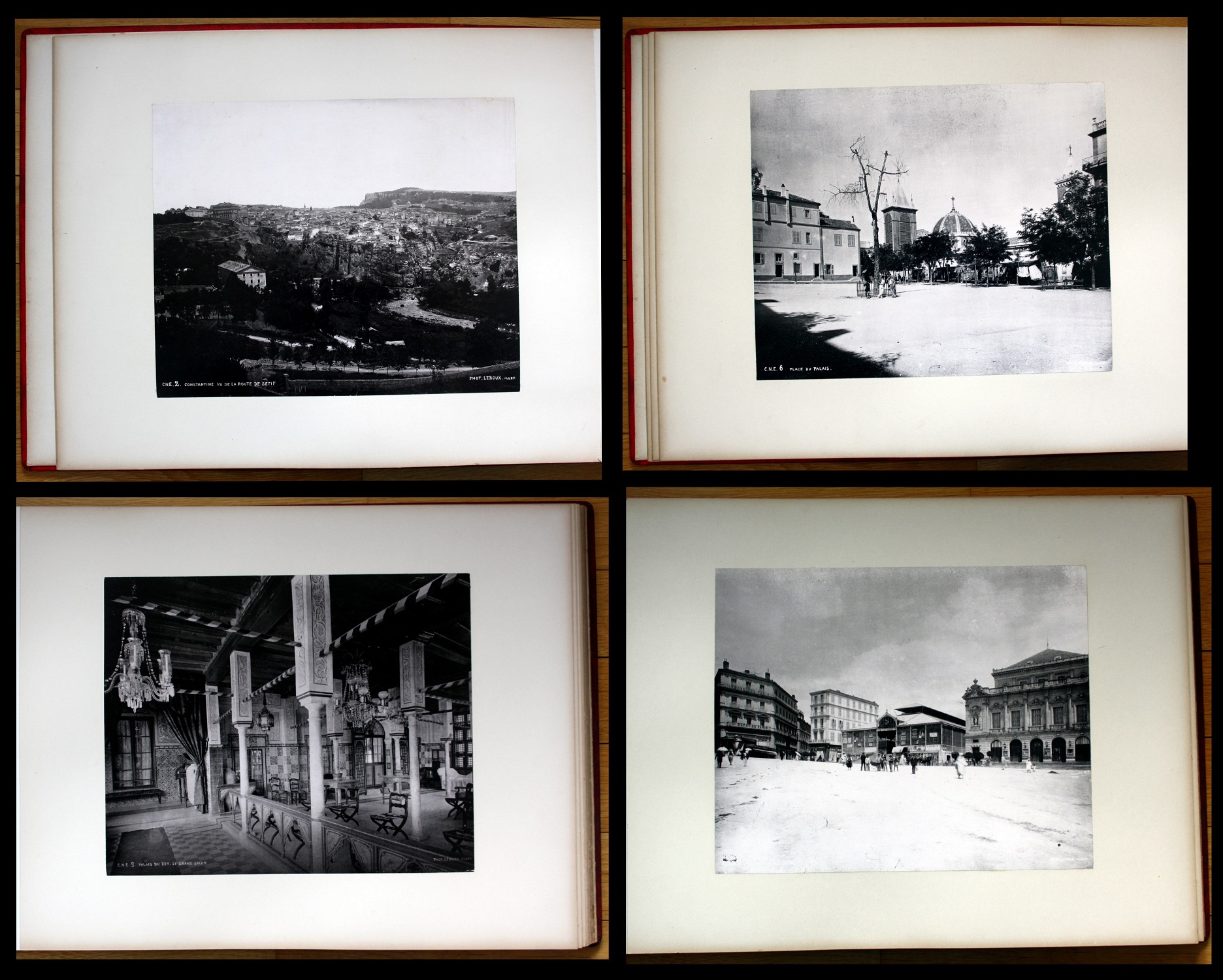 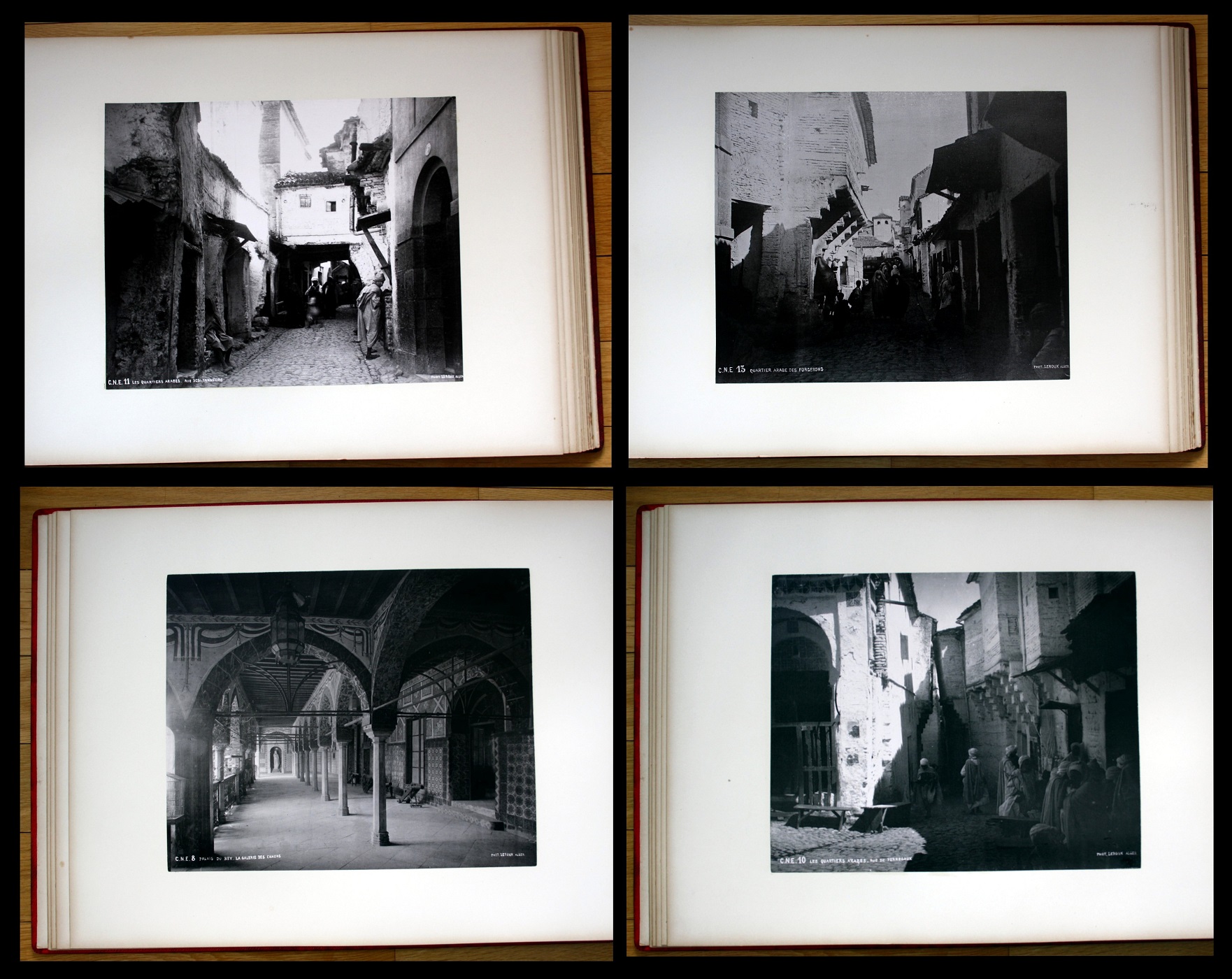 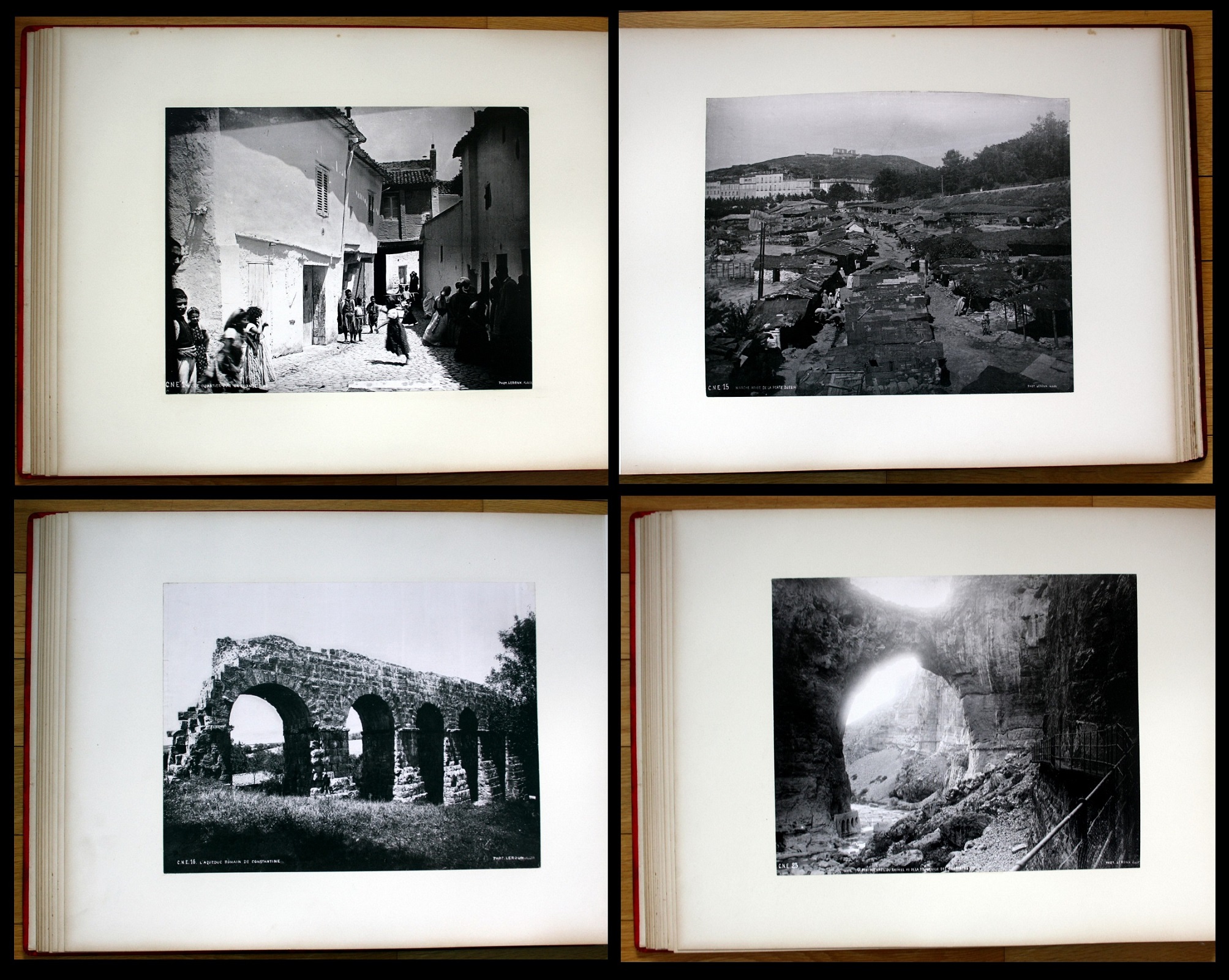