This was the first of the invasion caricatures that dominated the rest of the year, in a bid to encourage volunteers and generally elevate patriotism in the face of this projected threat of invasion. A burlesque battle print. – This is a reduced version of Gillray’s caricature published in London by Hannah Humphrey. 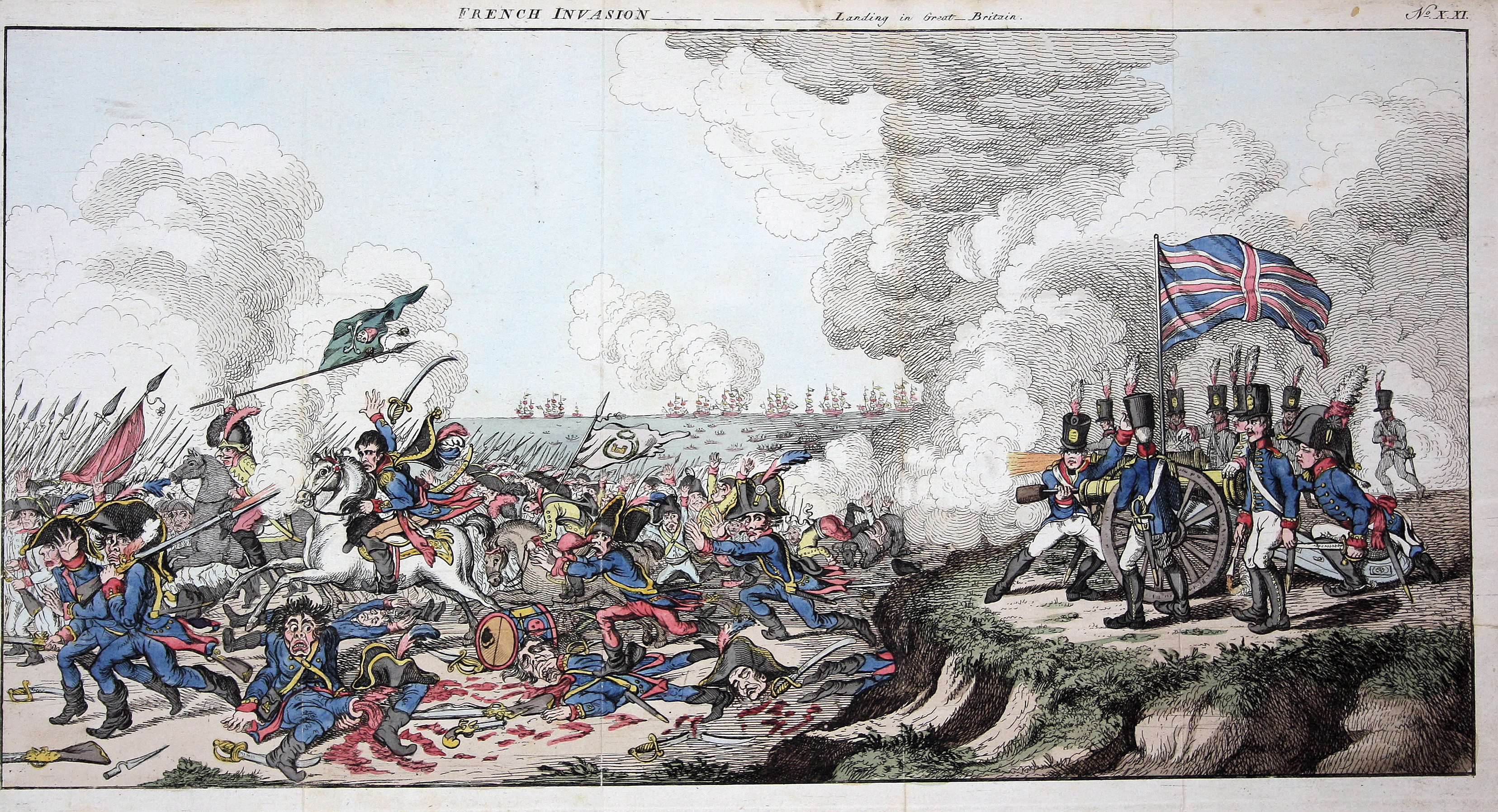