Satirical print depicting the devil in a blue coat with horns, long tail and a gloven hoof. Turning the leaf and holding it against the light, a silhouette of Napoleon appears. In 1814 Ackerman in London published a cartoon with the title „Magical print of the destroyer“, recto depicting a devil in whole figure whilst verso a silhouette of Napoleon was printed. There also exist a French version of the Ackerman’s print, but we were unable to locate any copy of the present engraving. Very rare. 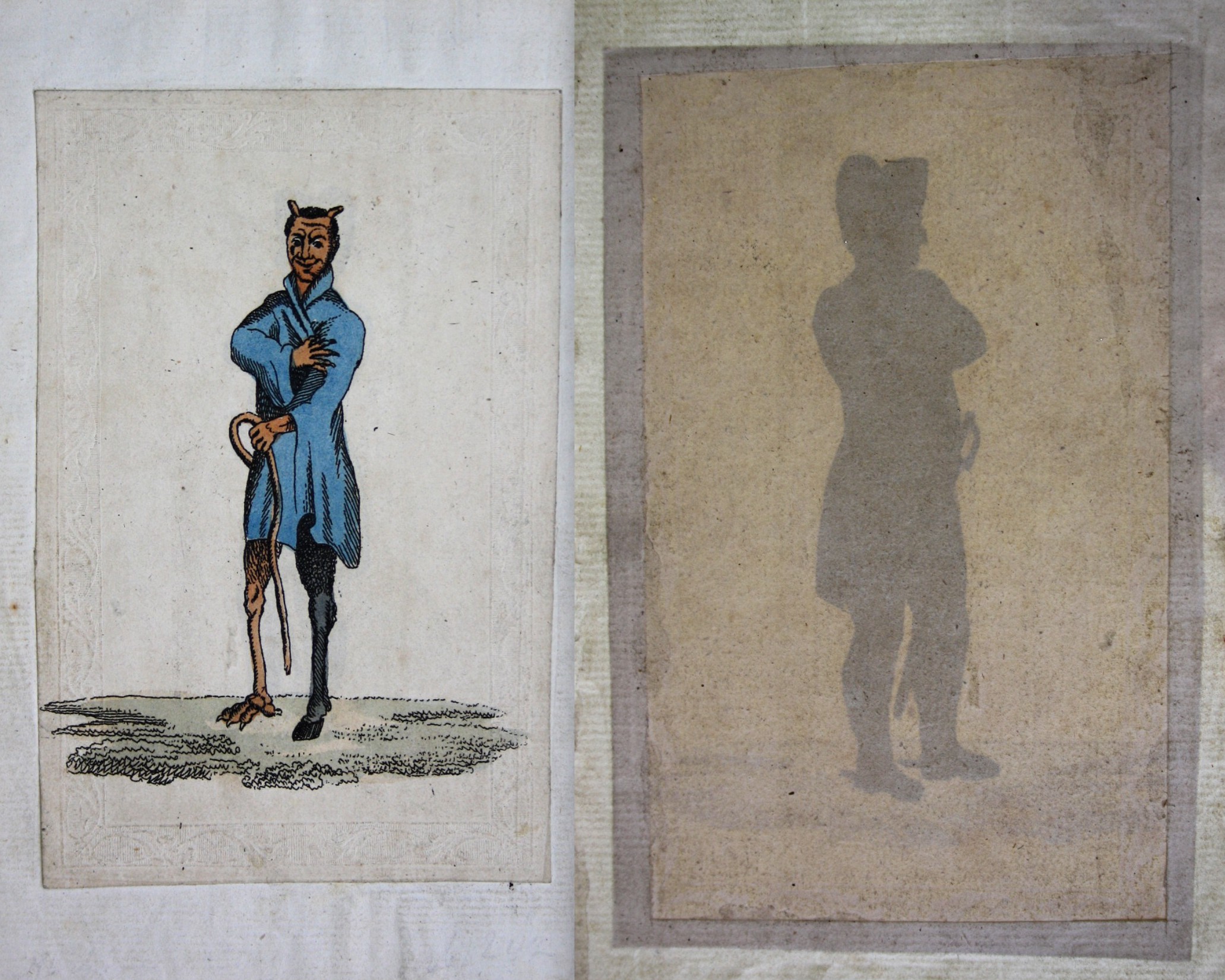