Design for a secular basilica building.

The numbering and the designation on the back identify the sheet as a competition design by Louis-Théodore Liman at the Ecole d’Architecture in Paris. Liman became pupil of Charles Percier (1764-1838) in 1812 and won several first-class prizes at the academy. The Museum Kassel owns 10 contemporary designs by him, which bear comparable designations. The monogram L.D. most probably stands for the architect Léon Dufourny (1754-1818), who was a professor at the Ecole d’Architecture.

Liman was the son of the Jewish merchant and banker Abraham Nathan Liebmann (1767-1837), who baptized himself and his family in 1809 and adopted the name Carl August Liman. Louis-Théodore attended the French Gymnasium in Berlin, then made there a education as a master builder. In 1814, after studying in Paris, he went on a Grand Tour trip to Italy. In 1819 he returned to Berlin, where he became a professor at the building academy. He was commissioned to accompany the expedition of Heinrich Menu von Minutoli (1772-1846) to Egypt as an architect and draftsman. Already at the beginning of the journey, on December 11, 1820, Liman died in Alexandria as a result of illness. 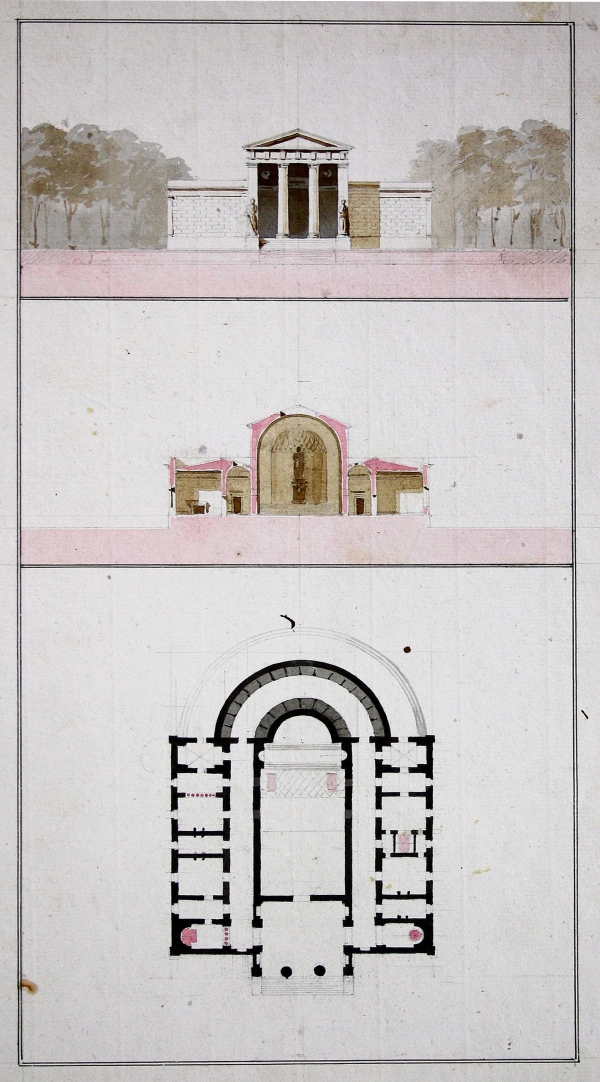