This is a highly important album with architectural drawings made on a Grand Tour trip through Italy in the year 1821. The tour company consisted of the French architects Antoine Jean Baptiste Desplan (1794-1877), Louis Benois (1796-1873) and Etienne-Jules Thierry (1787-1832?), the Swiss painter Louis Léopold Robert (1794-1835), the French painter and architect Prosper Barbot (1798-1878), the Swedish draftsman and lithographer Mikael Gustaf Ankarswärd (1792-1878), a French tourist with the name Porchet, as well as the author’s poodle dog, Cesar. According to an Album Amicorum given to Benois and his wife Aimée-Laure Odiot (1805-1896), the French painters Antoine-Martin Garnaud (1796-1861) and Jean-Baptiste Lesueur (1749-1826) were also temporary members of the group. The journey began in Rome and led through Albano Laziale, Ariccia, Velletri, Terracina, Gaeta, Naples, Pompei, Pozzuoli, Procida, Ischia, Capri, Sorrento, Amalfi, Salerno, Palestrina and back to Rome.
The album consists of 175 watercolor drawings, 181 wash drawings and 12 pen drawings. Only the last view in the album is monogrammed and dated: „D. Rome 1821“. According to the monogram AJBD on the title-page, Desplan was the compiler of the present drawings and he is most probably the creator of most of them. At least 30 drawings can be attributed to different artists, some of them having large similarities to a drawing by Benois from his Album Amicorum and can, thus, be attributed to him.
Drawings from this trip are known by all traveling companions. There are numerous pencil sketches by Barbot in the Louvre, the National Museum of Sweden has some drawings of Ankarswärd, drawings by Robert occasionally appear in the art trade, and Benois‘ album Amicorum, which recently appeared in the Parisian art trade, contained drawings by Benois, Thierry, and Garnaud. In addition to Barbot’s drawings in the Louvre, the present collection is the largest known of this prominent trip to date.
The travel companions drew partly the same motives. In Benois‘ album Amicorum we found 8 correspondents to drawings by Benois, and one each with drafts by Lesueur, Thierry and another anonymous draftsman, but we were able to find the most matches to Barbot’s drawings. Prosper Barbot travelled in Italy between 1820 and 1822. In these years he made many architectural drawings which he collected in 8 albums, preserved in the Louvre today. Barbot’s fourth album covers the present trip and contains around 270 drawings (mostly pencil sketches). It includes 58 views and further 68 drafts of Pompeian ornaments which correspond to drawings by Desplan. In comparison to the drafts of the other travel companions, the present album enables an interesting insight into the way of working and the drawing habits of the individual artists.
Benois‘ album amicorum contained drawings by most of the present travelling artists, that are Garnaud, Lesueur, Barbot, Desplan, Thierry and Benois himself. The present album includes several architectural detail drawings, which are probably made by Barbot, other drafts can be attributed to Benois and several further drawings still have to be attributed. The presence of foreign drawings in the estates of the travel companions indicates that they might have exchanged some of their drawings and sketches with each other on the tour or shortly thereafter.
Desplan was primarily interested in the architecture of the Mediterranean. He was interested in recovering rules and modules from previous traditions that could be applied to future constructions and his drawings offer accurate depictions and measurements of the buildings. Most of the drawings are views, but there are also architectural details, interior views and façade delineations. There are no pure landscape views.
The album contains numerous drawings of Naples and Pompei. While in Naples, Desplan was primarily interested in the churches and their decorations, in Pompei it was the ornaments and wall decorations that aroused his particular interest. In its entirety, the album contains 19 views, 1 elevation plan and 83 ornamental designs of Pompei and nearly 60 drawings with reference to Naples.
It is known that Louis Benois used a camera lucida for his sketches. This is an optical device which was patented in 1807 by the British chemist and physicist William Hyde Wollaston (1766-1828). With the camera lucida, one looks through a peephole directly over the edge of the prism, which casts the outlines of the motif on the drawing paper. The user can thereby simultaneously see the outlines of the subject and the paper, and can then easily draw the object. With the camera lucida, therefore, the production of relatively lifelike images is simplified. Probably some of the present drawings were also made using a camera lucida, at least those who can be associated with Benois. During the 19th and 20th centuries, the camera lucida developed into an important tool in entomology for accurately drawing insect wings. Today it is still available, but is not well known or widely used.

Desplan was born in Paris in 1794 as the son of architect Antoine Jean-Baptist Desplan (1762-1801). He became architect student under Charles Percier (1764-1838) at the Ecole des Beaux-Arts. In 1818, he recieved a honorable mention at the Grand Prix d’Architecture from that same academy. He spent several years in Italy and later became works inspector at the Deaf and Dumb Institue and the Alfort Veterinary School. In 1832 he was works inspector for the model prison of the rue de la Roquette in Paris.

The album is complete and very well preserved. Complete collections of Grand Tour drawing albums by traveling architects are rarely available on the market. This trip is of particular importance because of its well known travel company and the large number of drawings available.
A complete list of drawings, their attributions and equivalents to drawings by the other artists is available upon request.

The Grand Tour was since the Renaissance a mandatory journey of the sons of the European nobility, and later the upper middle class, through Central Europe, Italy, Spain and also to the Holy Land. It was originally the completion of education. The aristocrats particularly visited important European art cities and visited monuments from antiquity, the Middle Ages and the Renaissance, traveled through picturesque landscapes. In doing so, they were getting to know the culture and customs of foreign countries, gaining new impressions and making useful connections for the rest of their lives. The impressions they brought back from their stays in Italy had manifold effects on the cultural life of their home countries. Thus, the increasingly popular Grand Tours in the 18th and early 19th century contributed significantly to the final breakthrough of classicism in the architecture of England and other European countries. 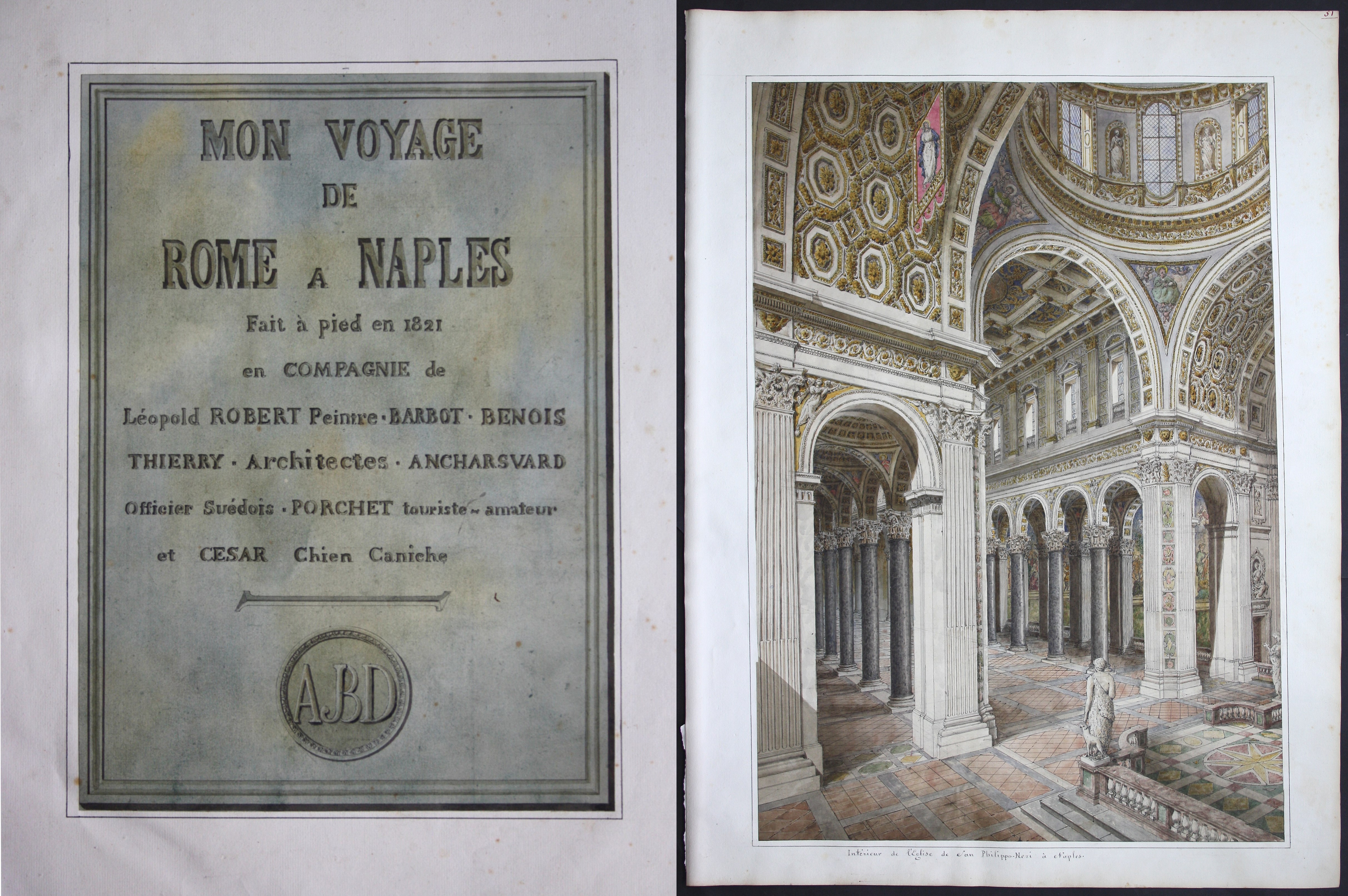 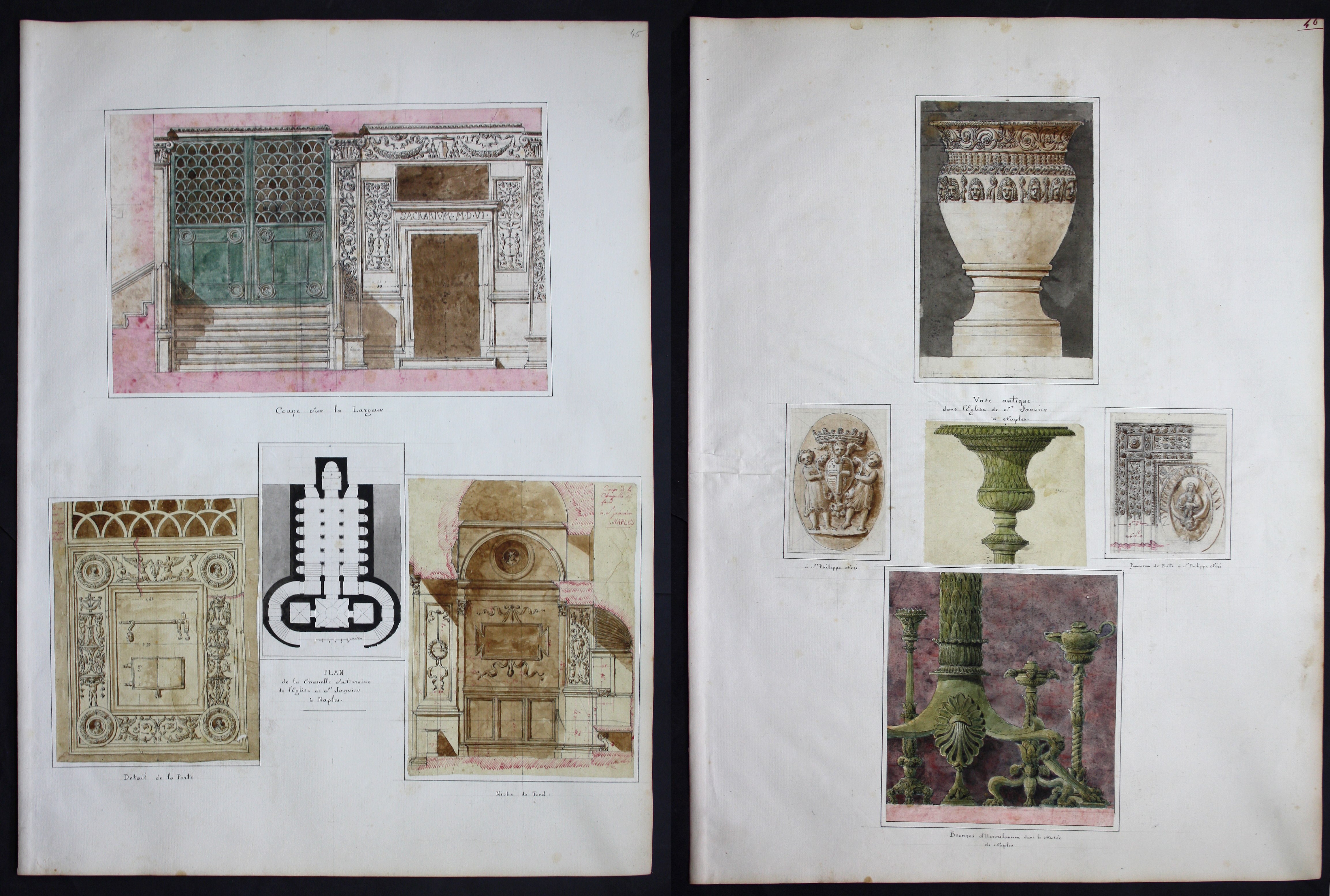 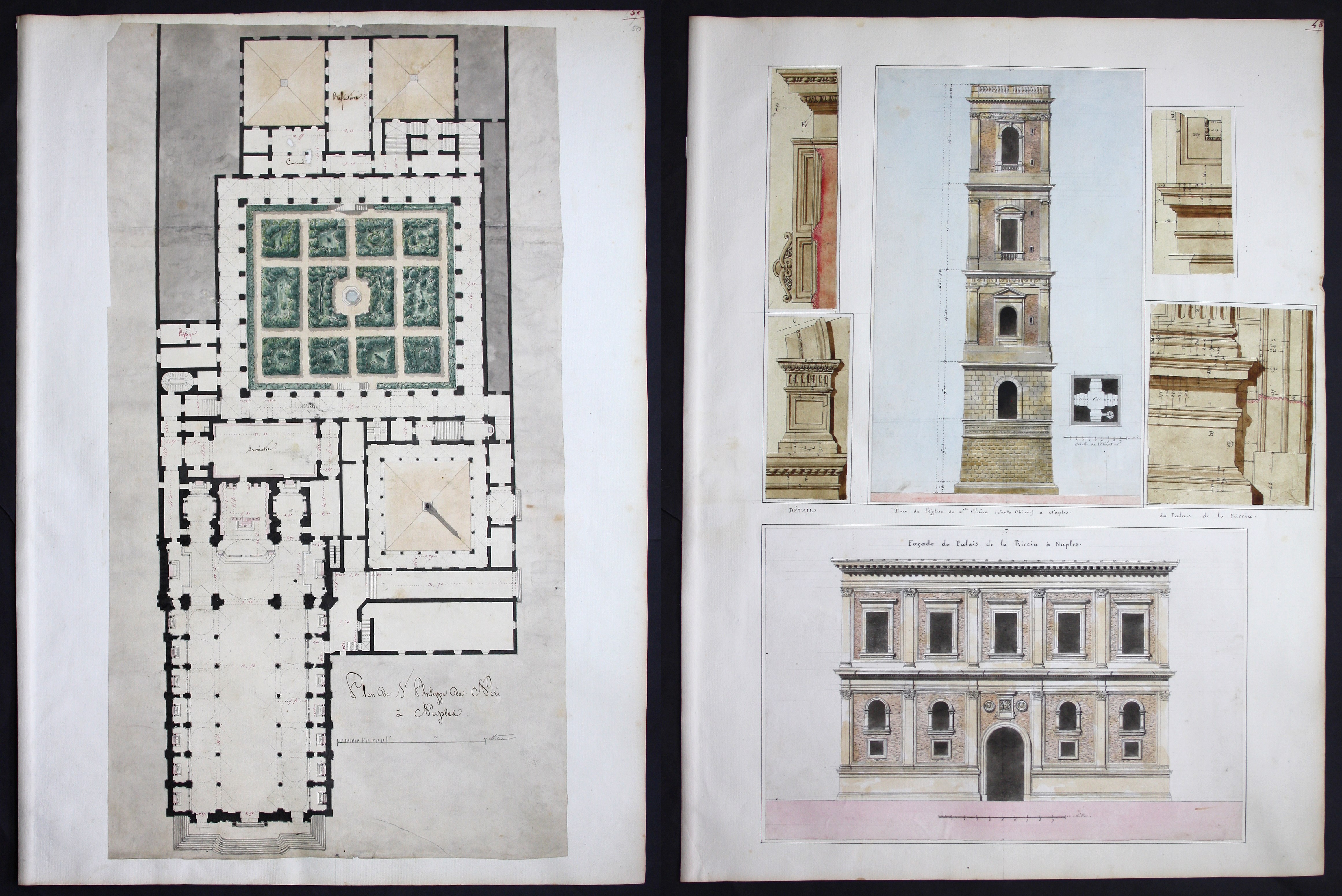 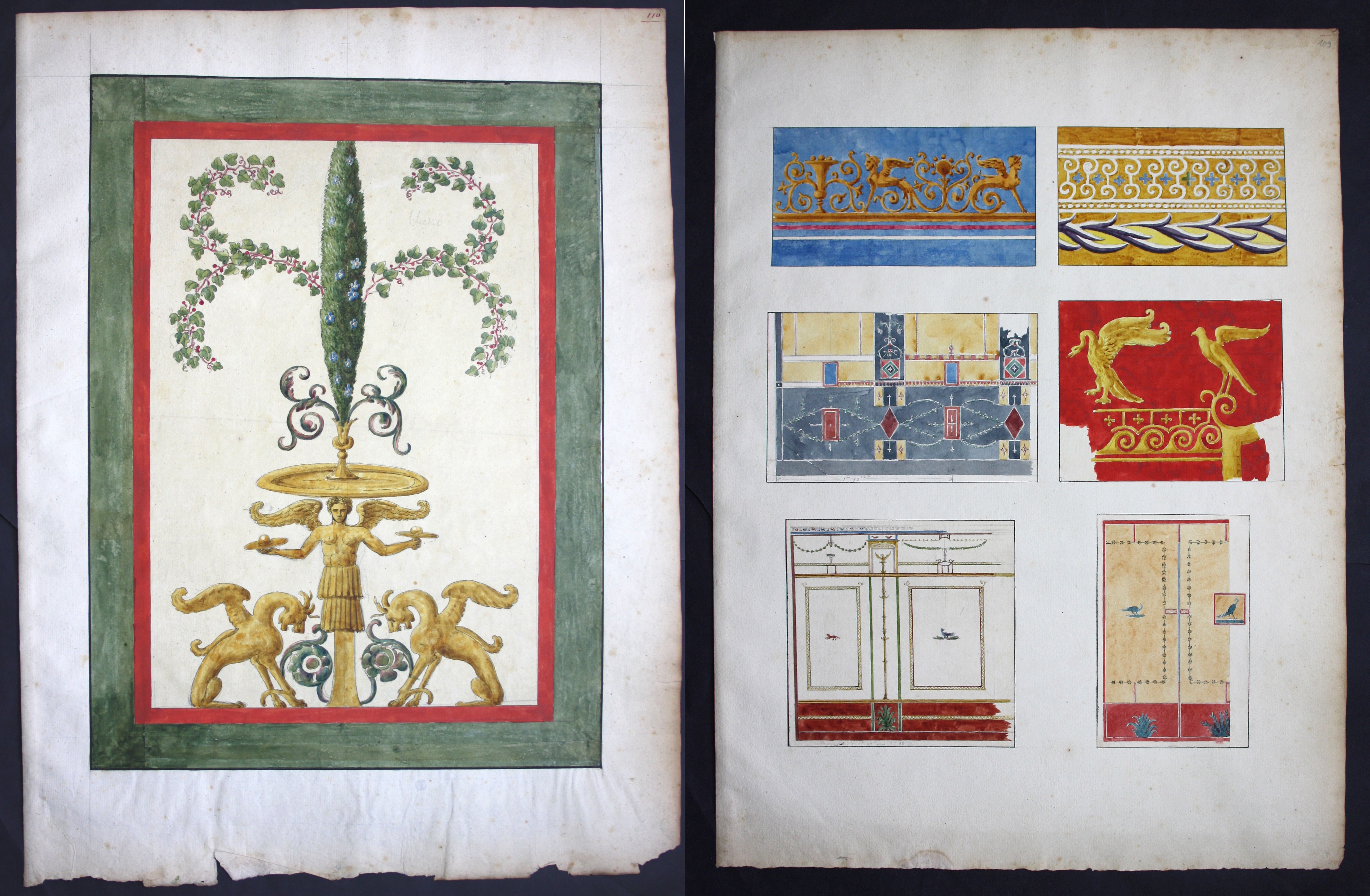 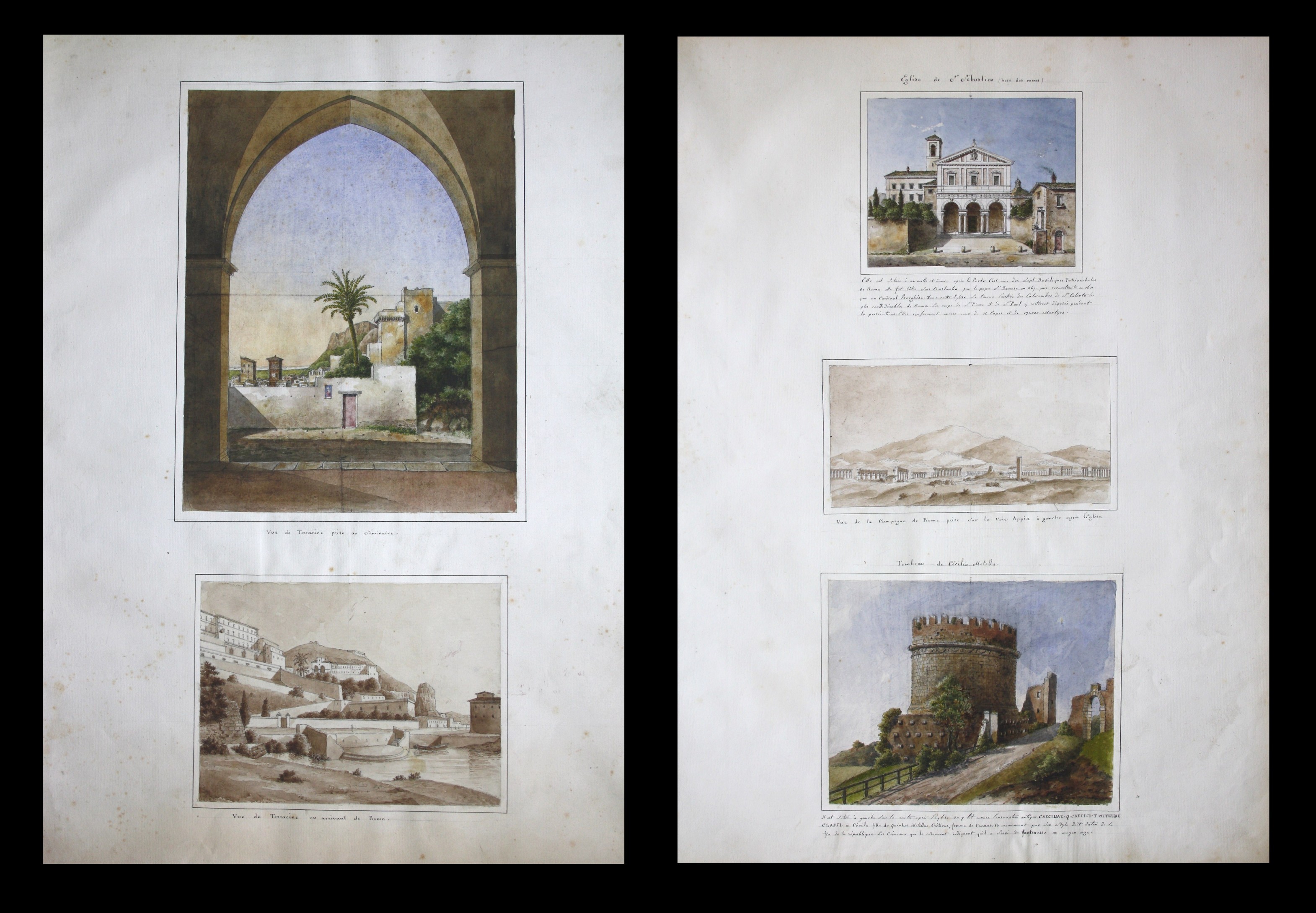 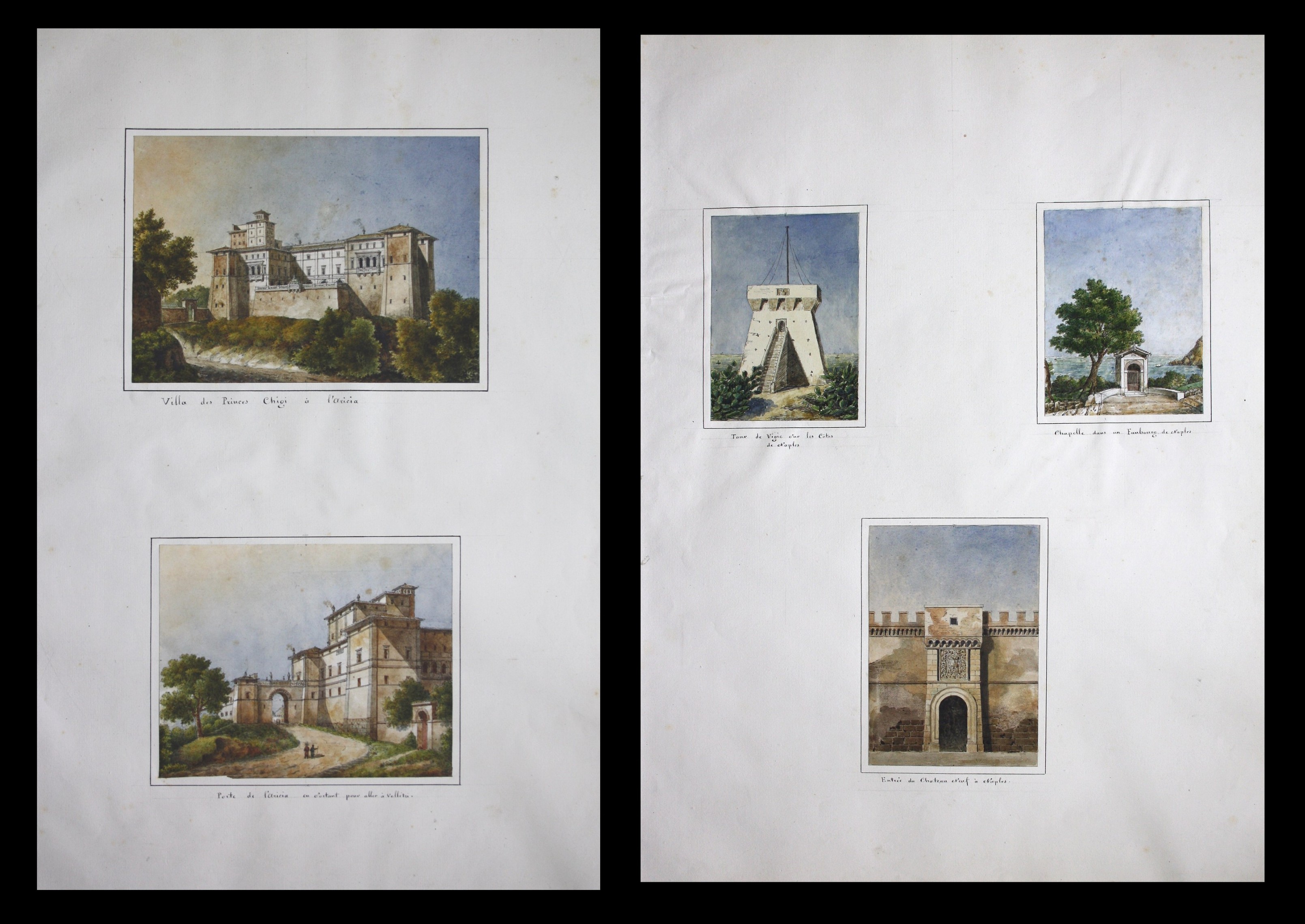 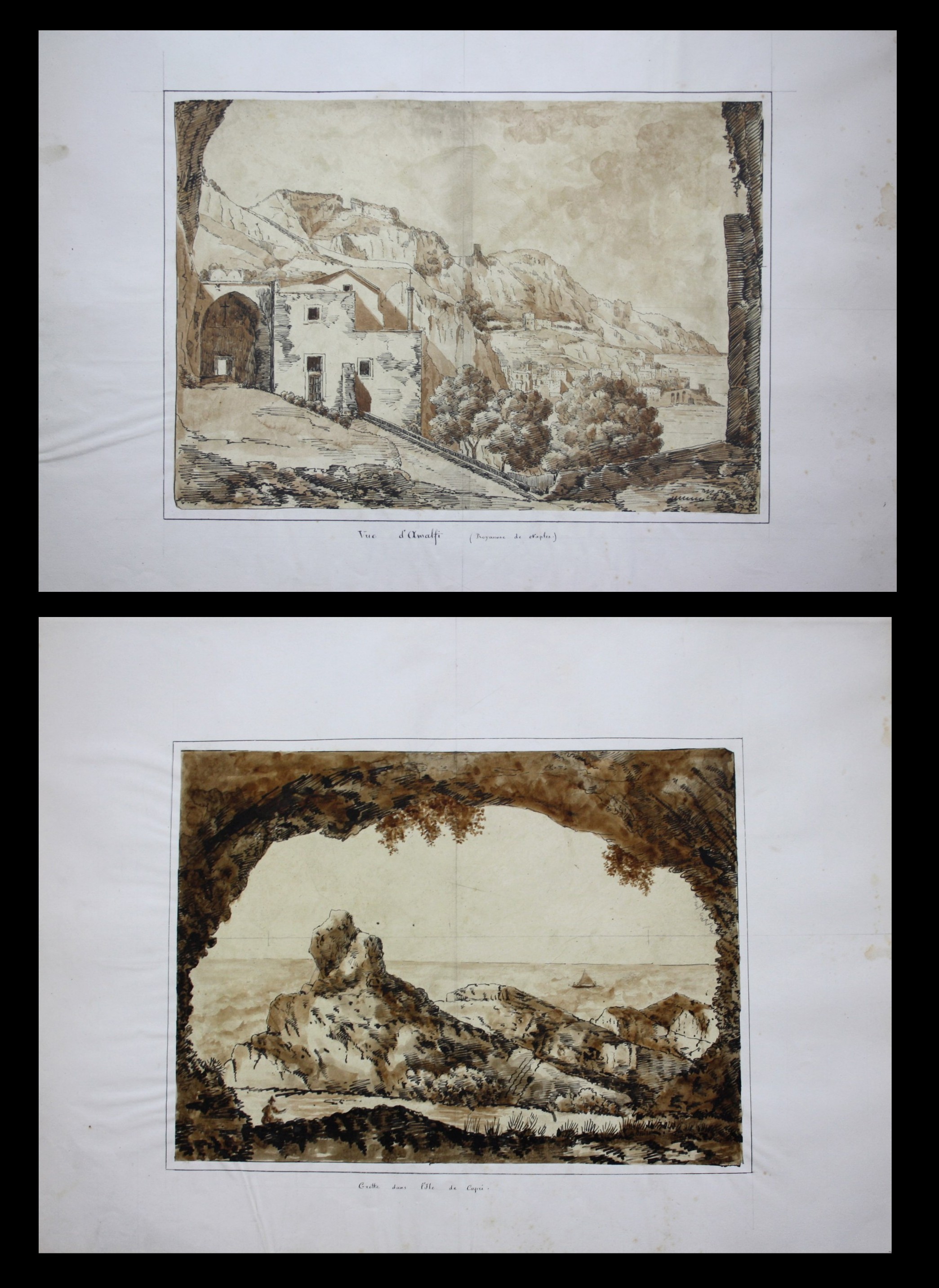 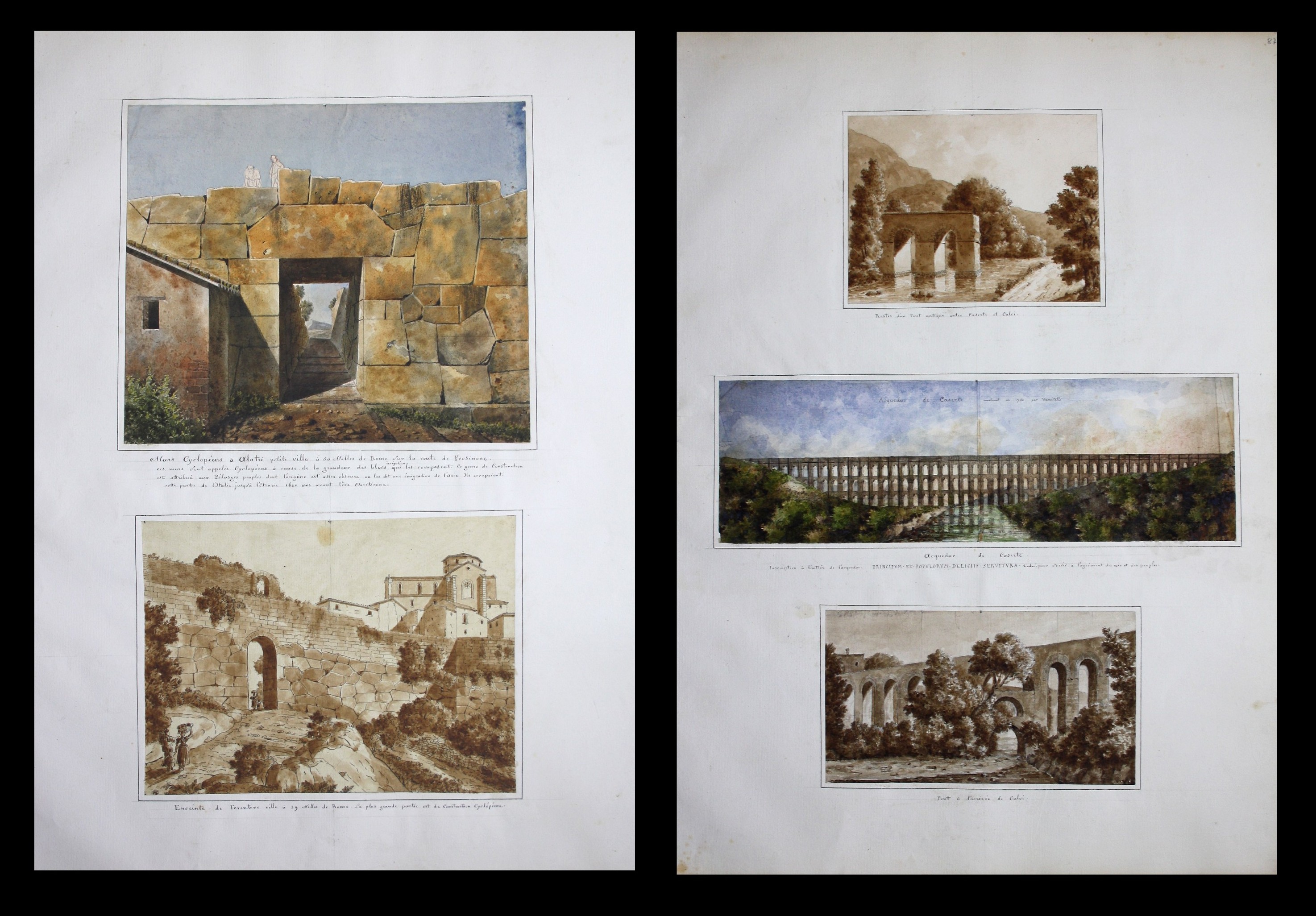 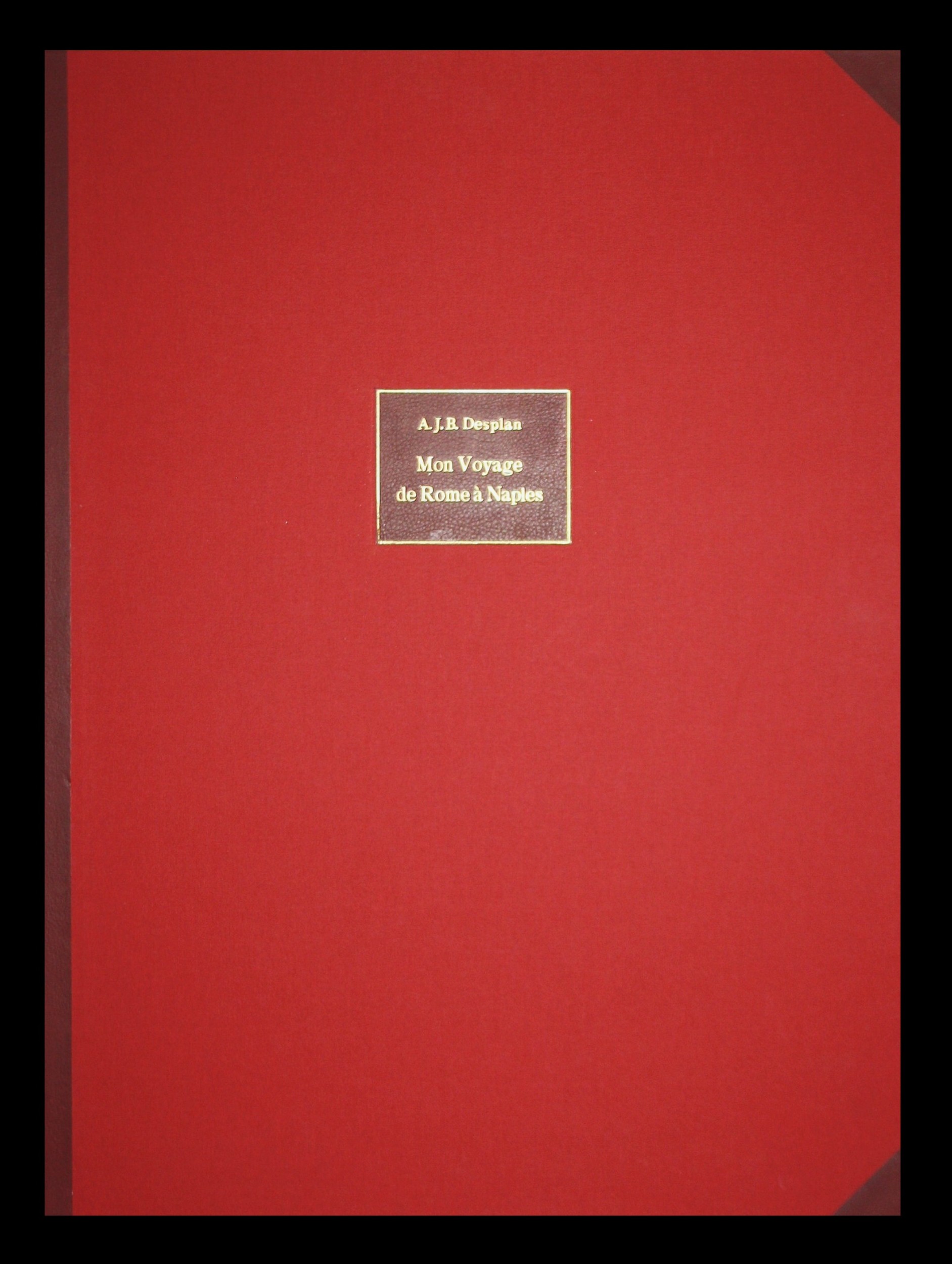