Ink, stencil and watercolor on paper, with golden inner-frame. Signed.

Artist of Swiss origins, painter and engraver Samuel Gränicher moved to Dresden around 1790. He became famous for painting animals and landscapes and, at the end of his career, he also published a collection of drawings of Swiss costumes. Very little other artwork belonging to him is known. He also drew two other well-known portraits, that of writer Theodor Körner and that of scientist Leonhard Euler. In past years, one other portrait signed by him has emerged in auctions, depicting a side-profile of a young boy.

The present portrait could be a later profile take on the same young boy, now turned a young man, the resemblence is evident. It is unkown who this man could be. The portrait was not known until now. 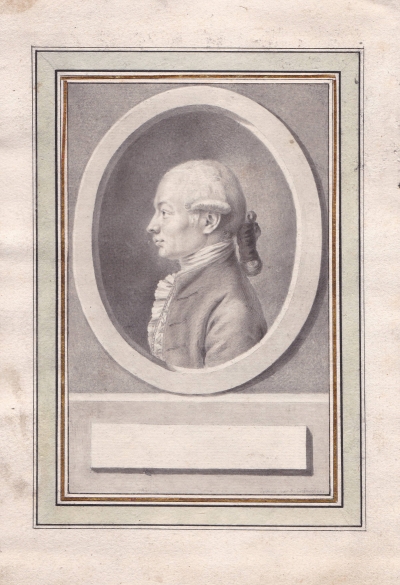